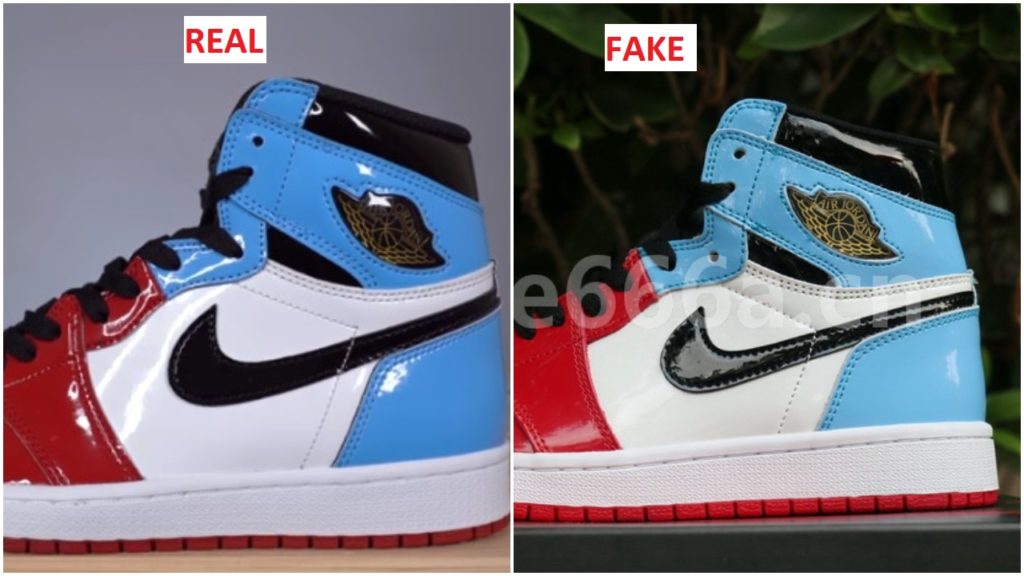 The Air Jordan 1 OG fearless will release in about 3 days from today and I wrote projection post on it a few days ago, see link below

This shoe is without a question a target for the replica industry and today I was able to do a side by side comparison between a legitimate and a fake one. The fake pair was a size 8.5 and the authentic ones used in this post were between a size 9-10 for accuracy purposes. ( keep that in mind as you read the presentation). This is just a preventive method to avoid counterfeits ( my goal is to always prevent the problem before it occurs). 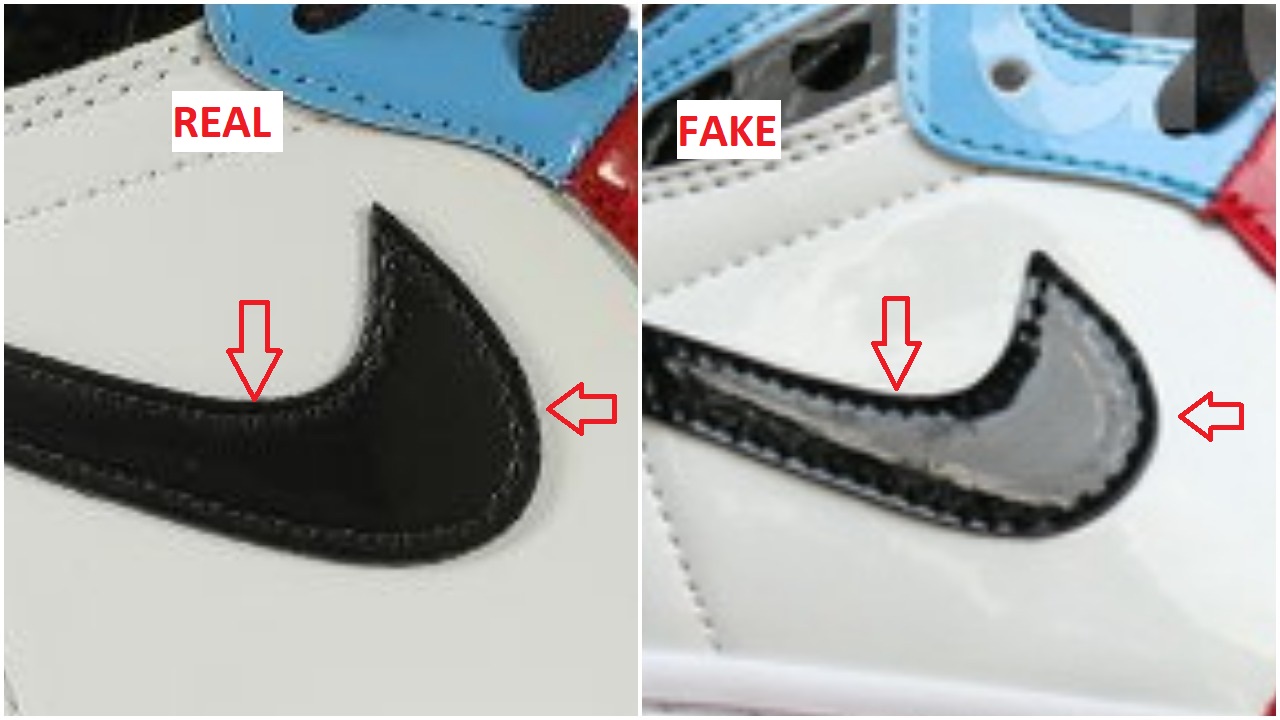 The mid section swoosh logo is almost bubbly and made with a cheap material; patent leather is indeed glossy but the fake pair swoosh logo features a plastic like material. The logo is smaller on the fake pair than it is on the authentic one  and its shape is awful ( zero in on the red arrows). 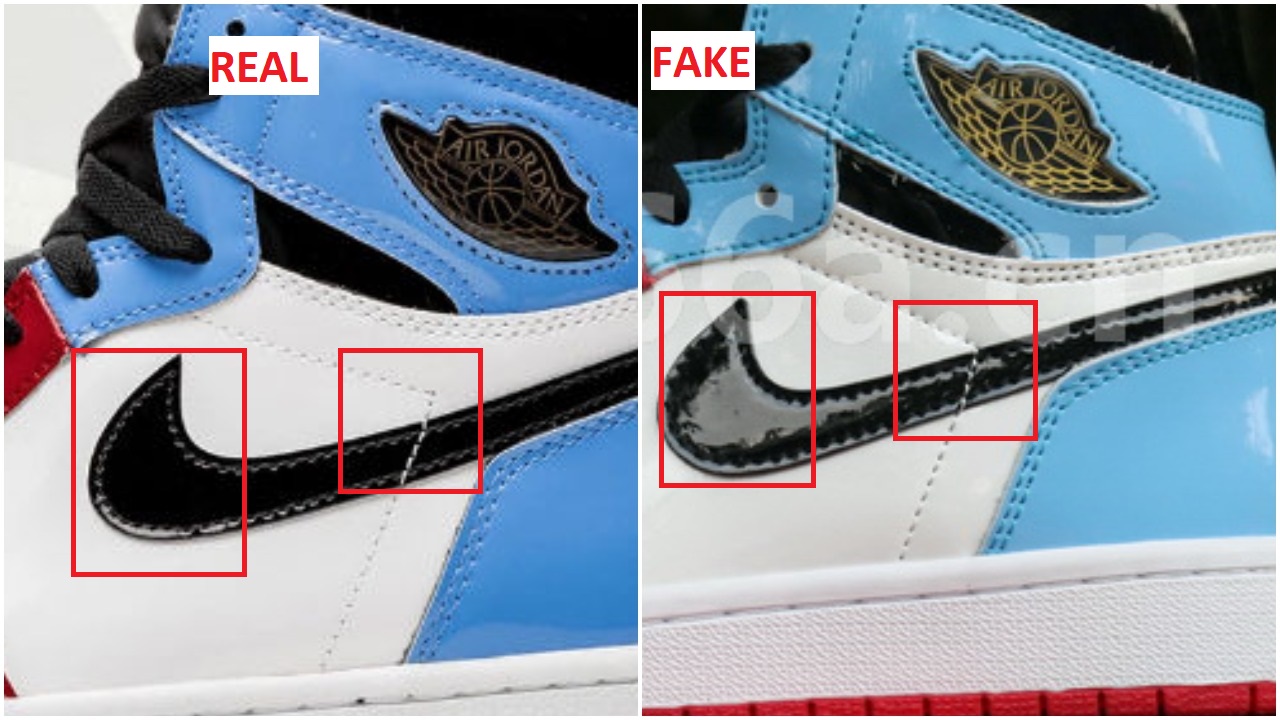 This picture is to reinforce what I said in the paragraph above. 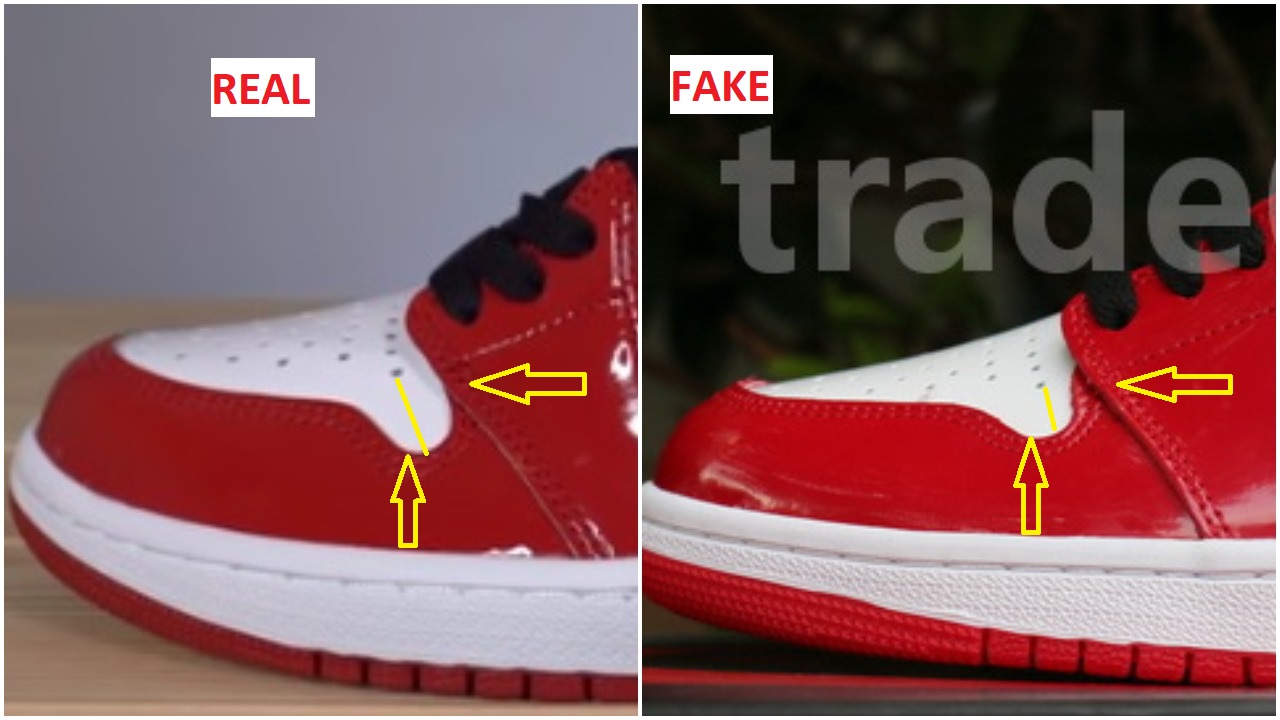 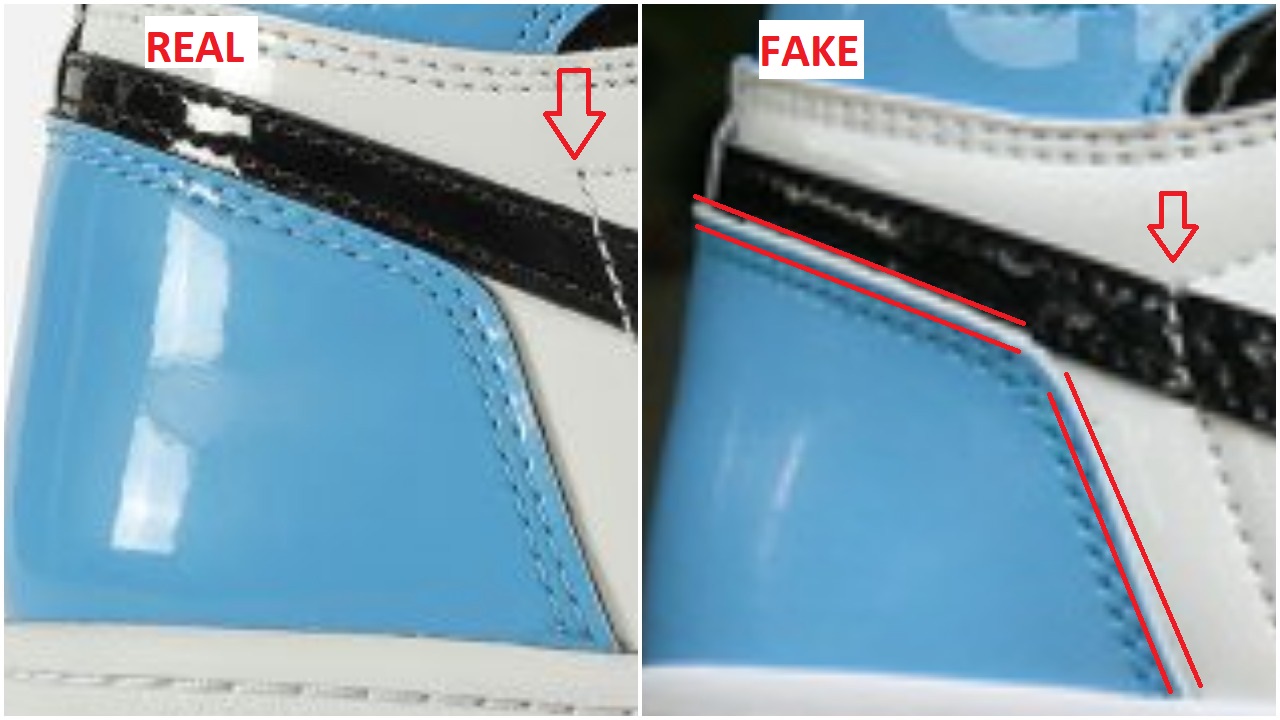 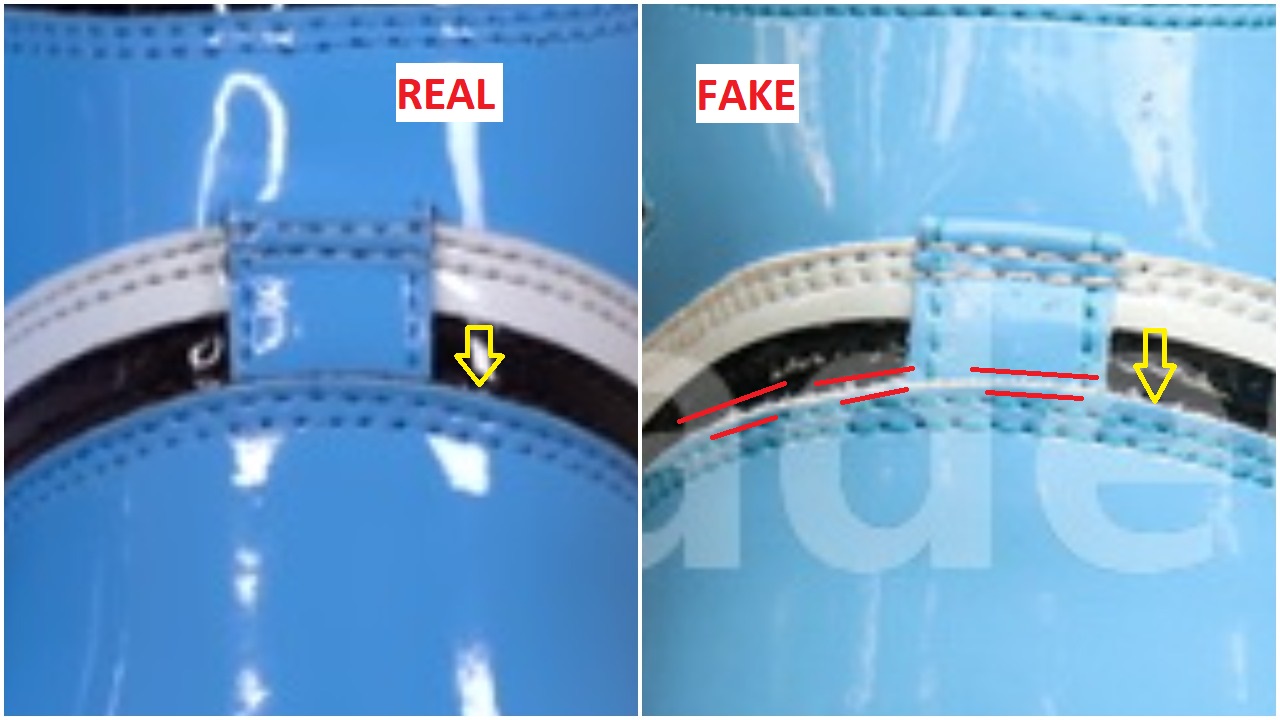 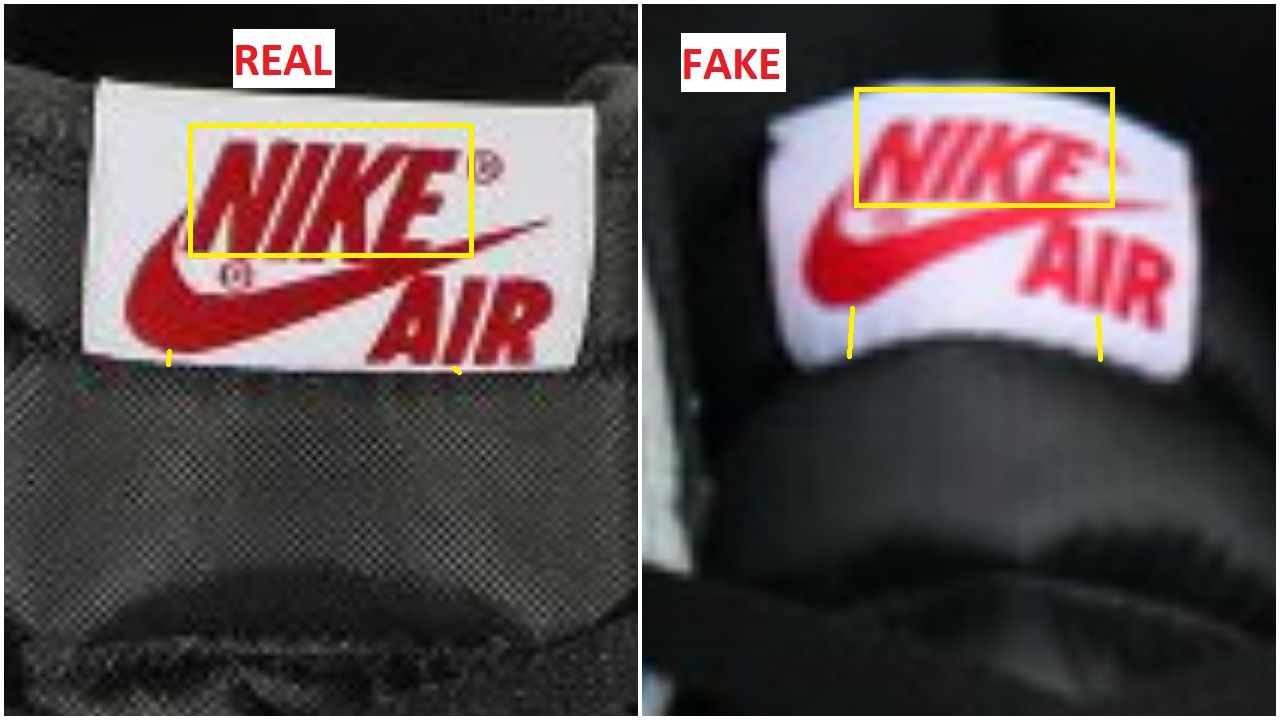 You ‘ll also notice how the Nike Air logo isn’t properly centered within the rectangular white tab ( the gap between the swoosh logo, the “Air” text and the edge of the tab is wider on the fake- see yellow line). And the Nike text is thinner on the fake as swell ( see yellow square) 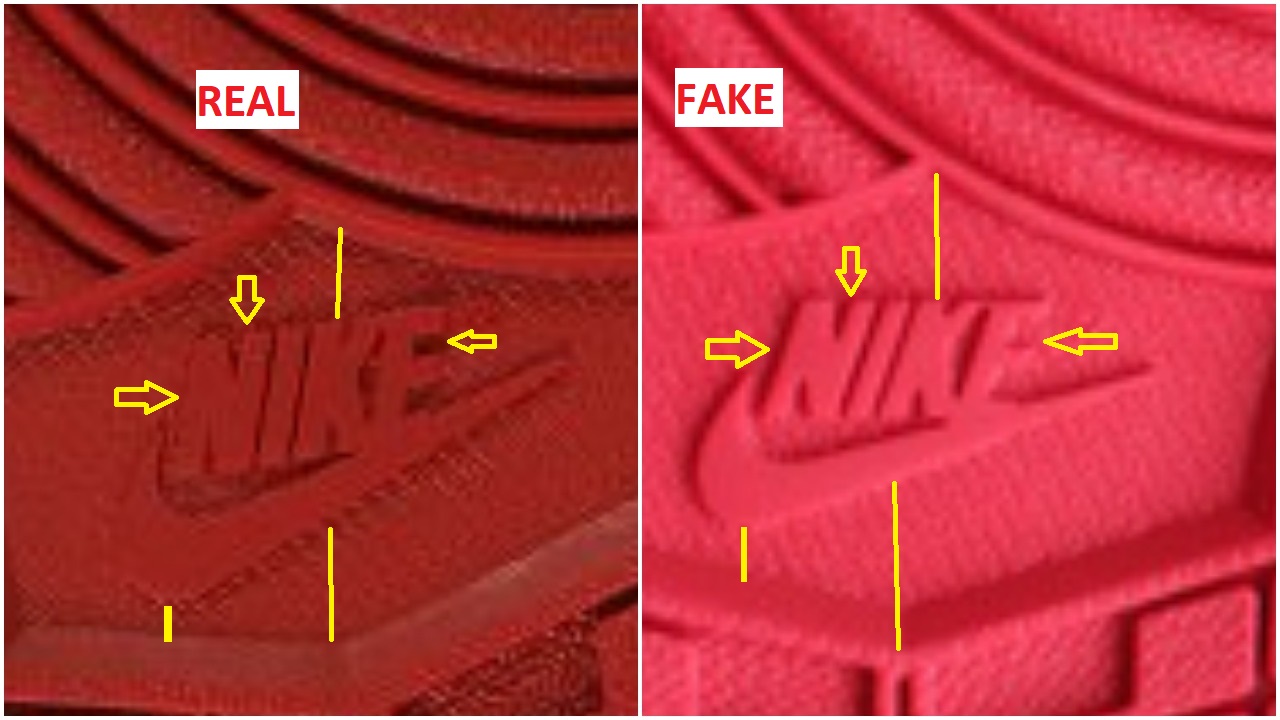 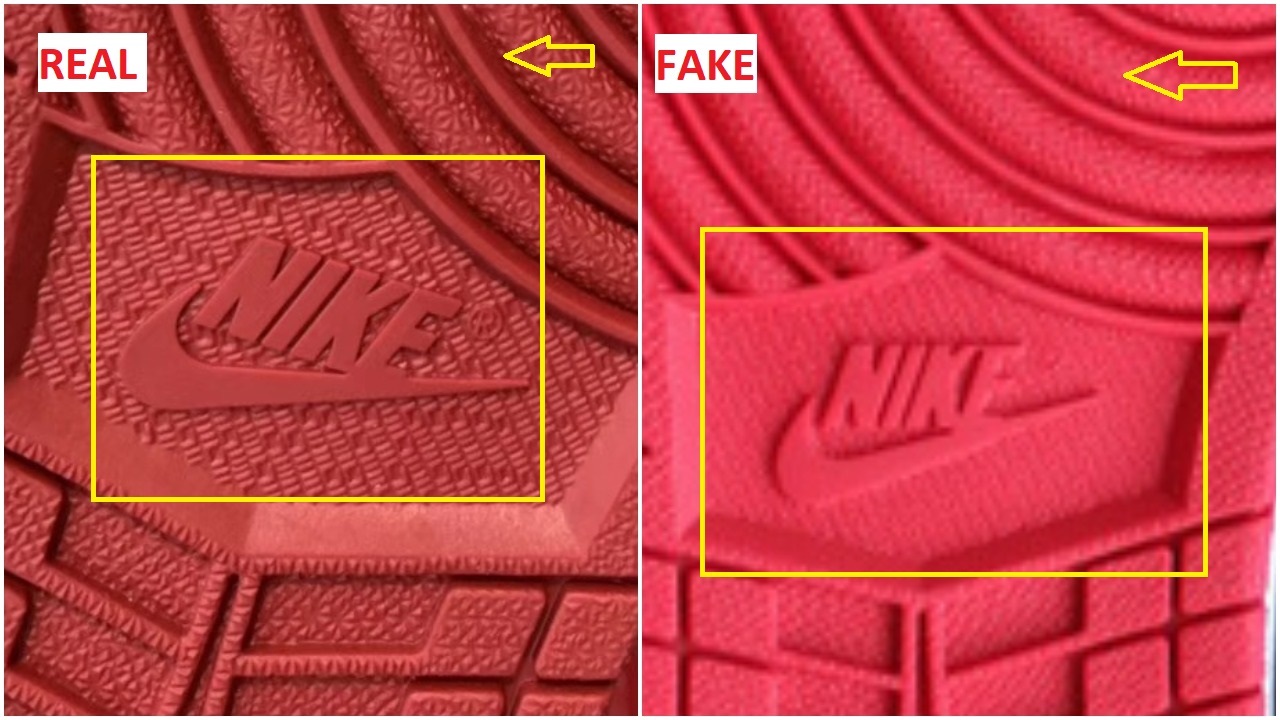 This is a better picture that those the contrast between the logos of both pairs; the way the letters were carved on the logo of the fake pair shows the poor craftsmanship. And once again you’ll see the differences in the colors of both shoes. 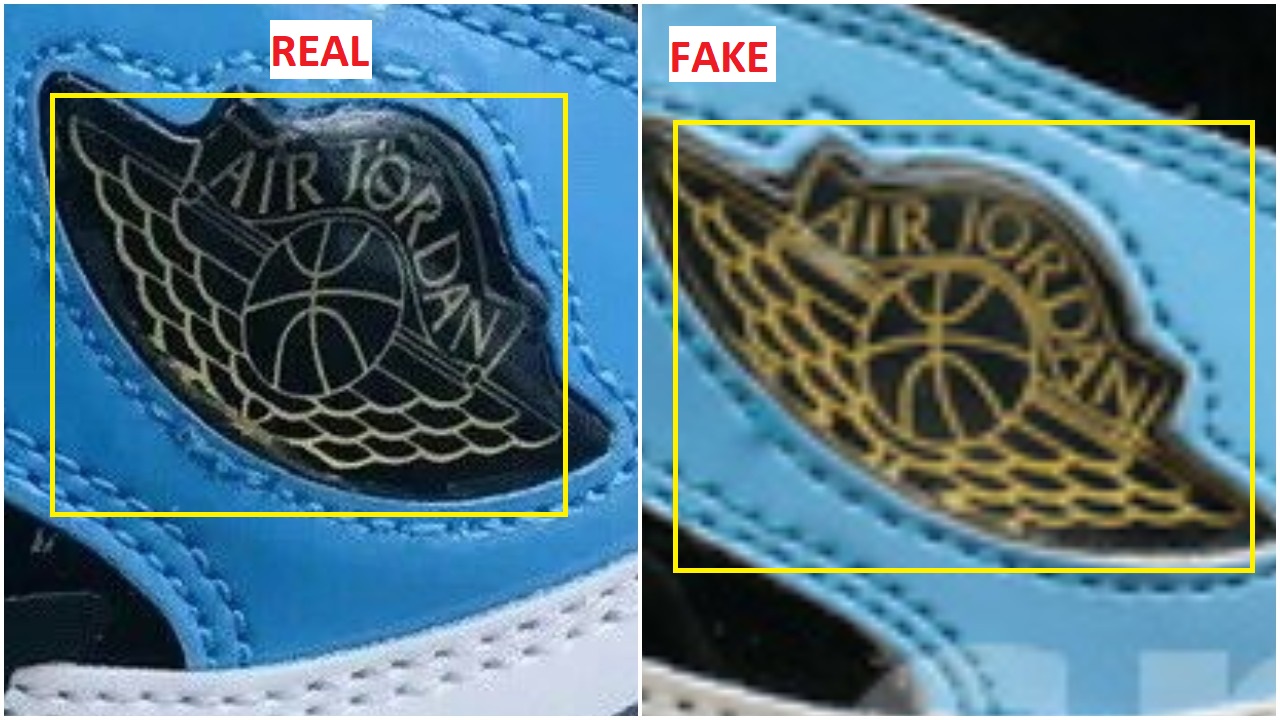 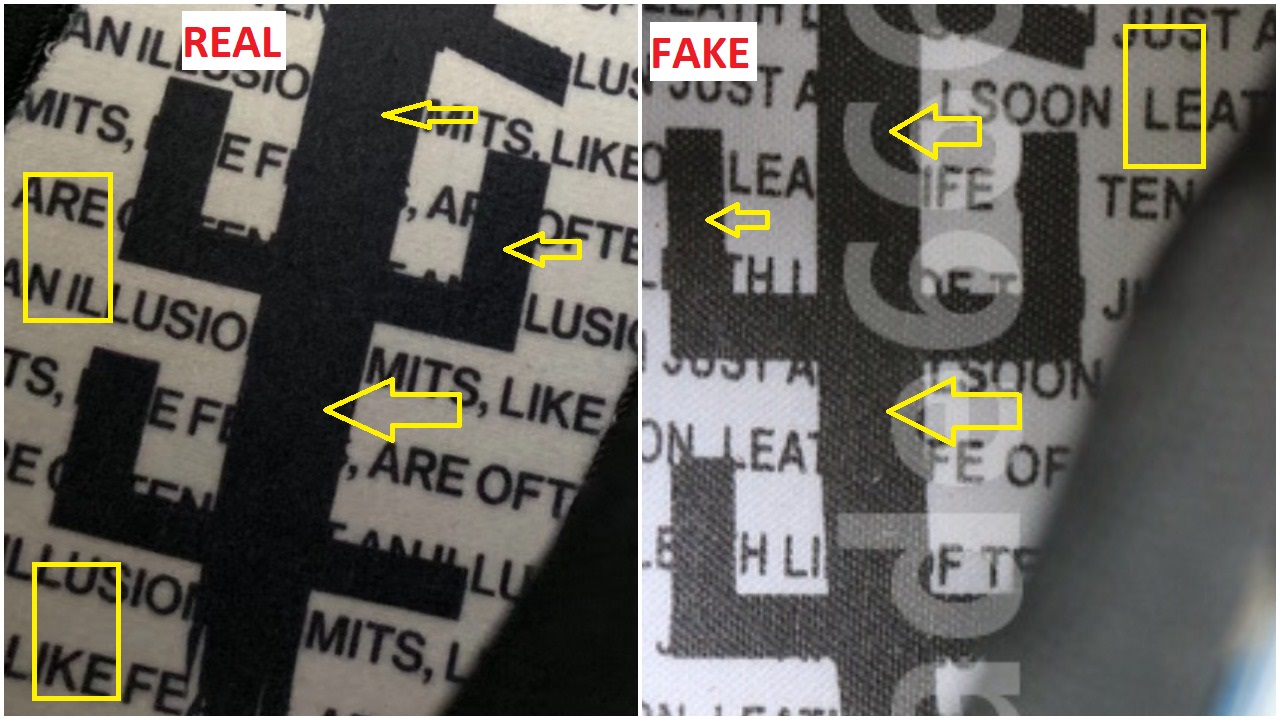 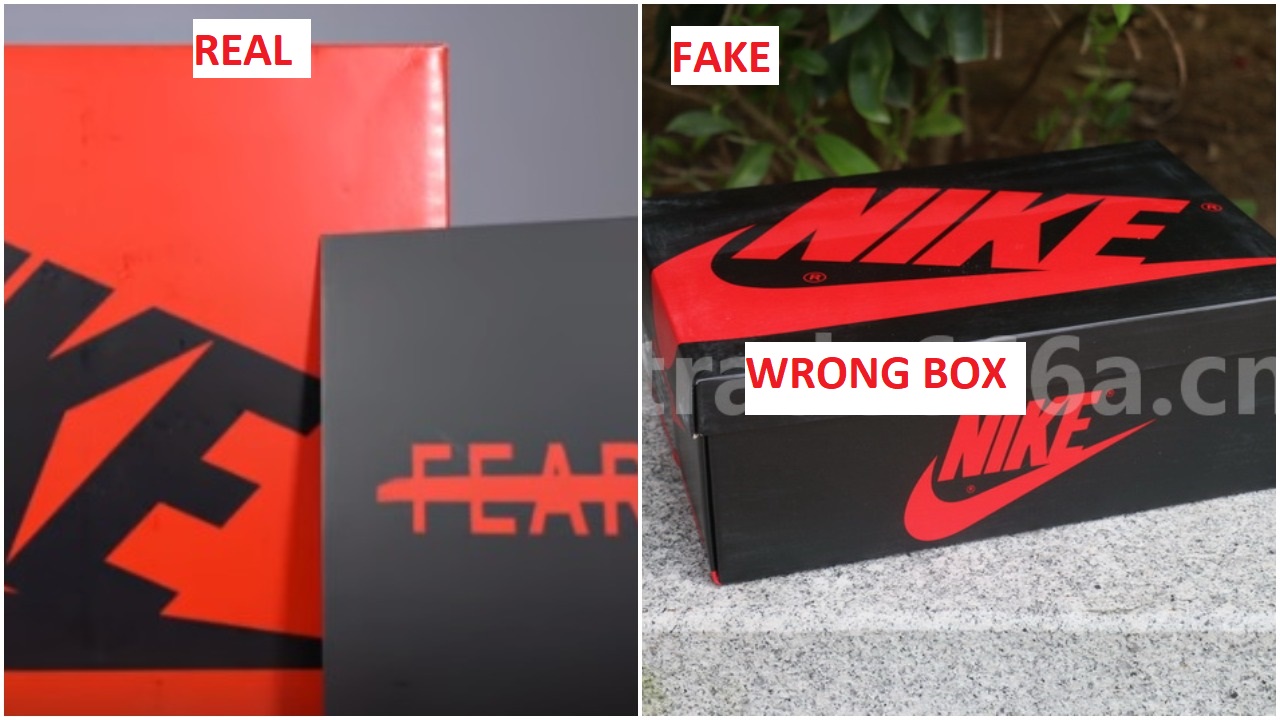 The box is obviously wrong and I’m sure bootleggers are going to update that very soon. In the meantime, lean on the information above.

There you have it folks, I’ll be updating the slides once additional pictures. 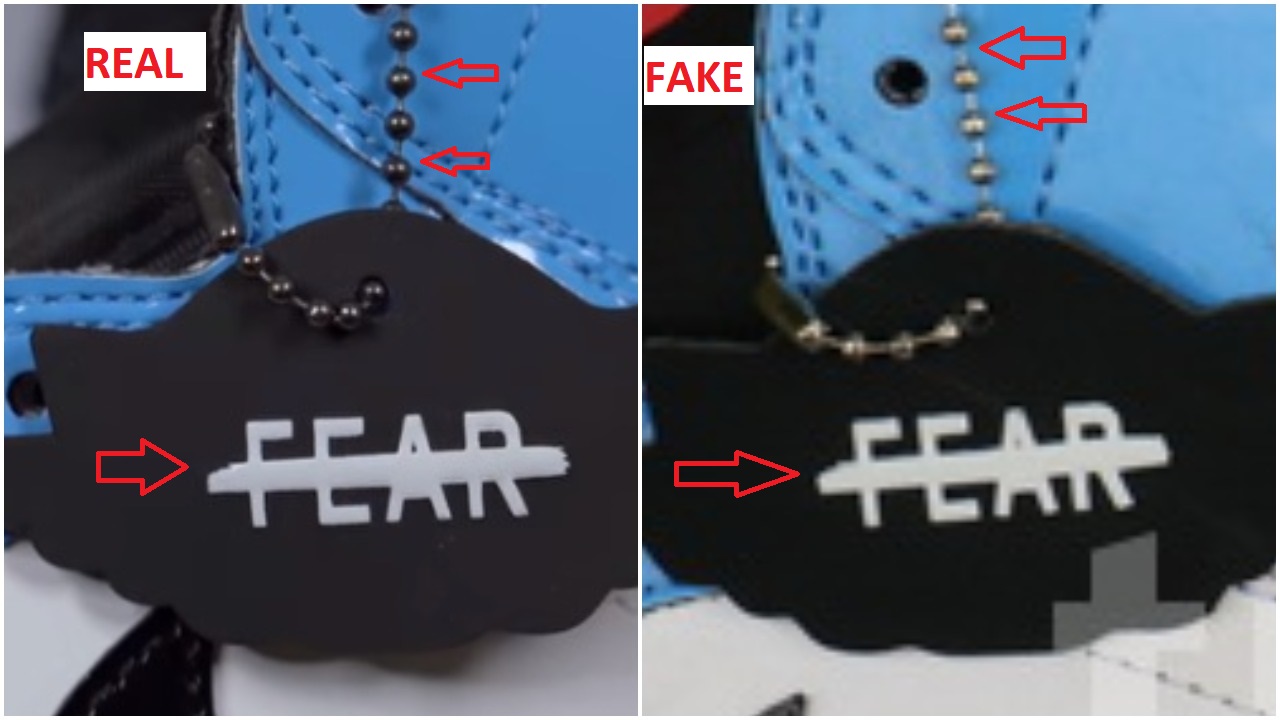 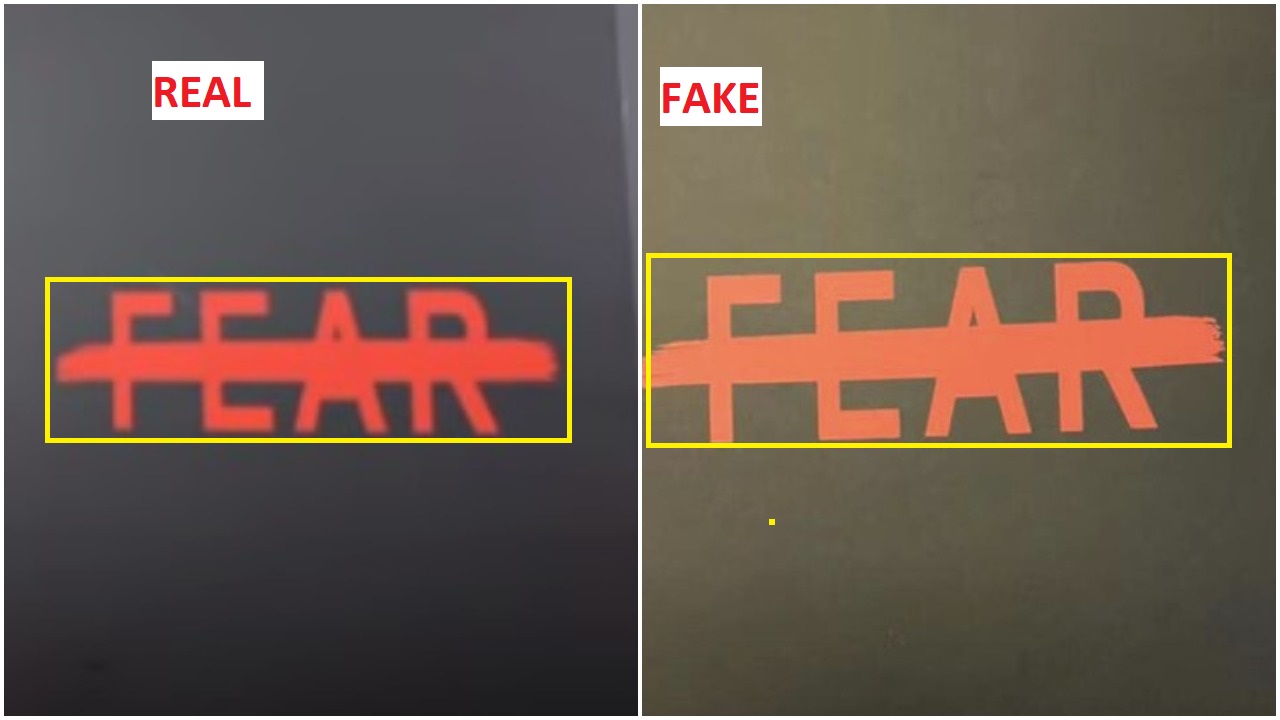 The “FEAR” text again appears wider on the fake pair. 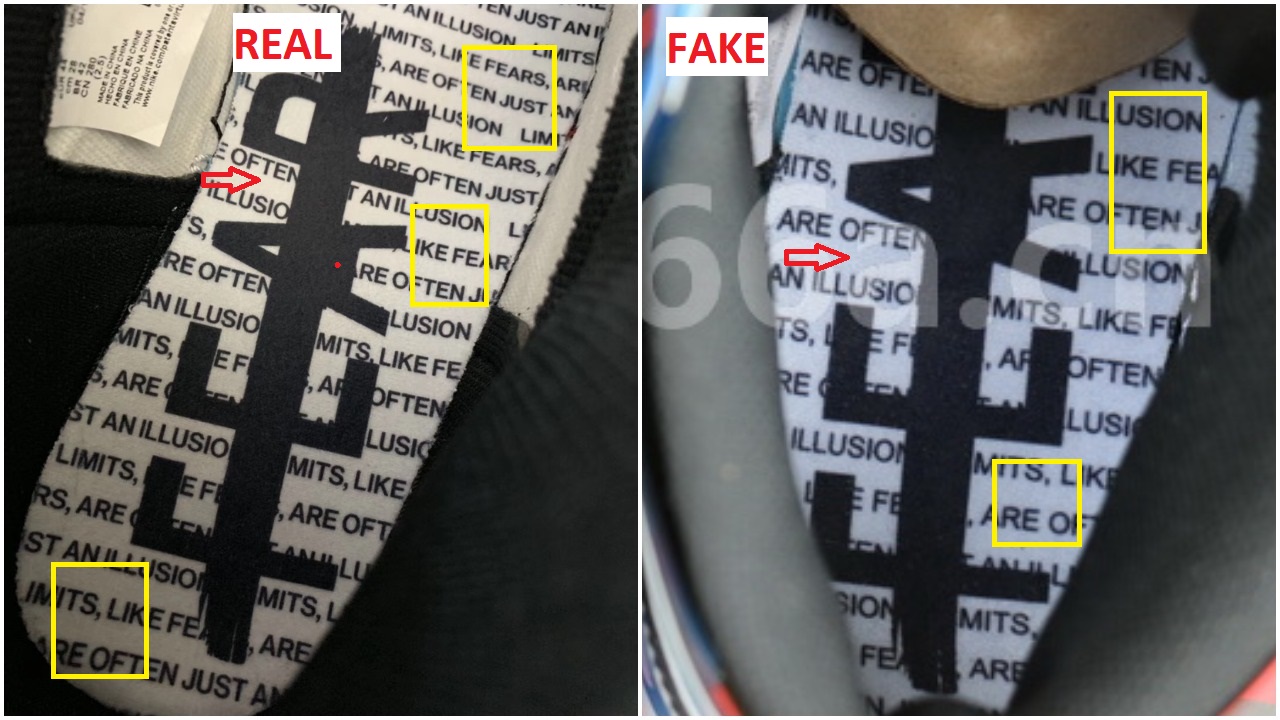 Once again with the new pair, the letters on the insole are bolder and more refined and neat on the authentic pair.

OR on eBay from our legitimate sellers in the listings below