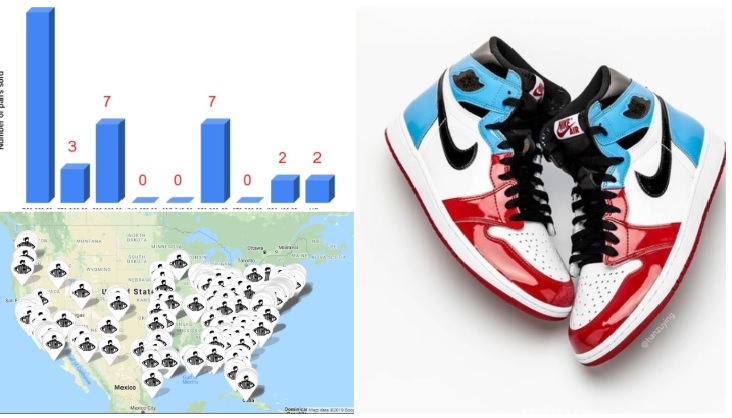 The Air Jordan 1 OG Fearless will land officially on November the 1st and folks in the sneaker community are definitely thirsting after it. While the Jordan 1 SBB 3.0 was extremely limited, the Fearless AJ1 will not be as limited but it will still be a hard shoe to come by. I will attempt to come up with a reasonable estimate of the number of pairs that could’ve been made this morning. The first thing that must be done is getting a count of the number of retailers/boutiques allocated an inventory beside Nike:

These are the only retailers ( major and minor) that I can confirm so far; there might a few more local boutiques/retailers that I didn’t mention. I will invite you to do our own homework for that matter. But this is sufficient information to fetch our numbers; we’ll now check out Footlocker, Champs and Footaction release maps and create from our assumptions from there.

It was a bit hard to hand count the number of stores using on the map above so I chose two random states and created a percentage based on that. Alabama has a total of 14 FTL stores and only 5 will be carrying the OG Fearless AJ1 ( that’s about 35%). New York has about 78 stores and only 27 were allocated ( that’s about 35% as well). So we can assume that 35% of all FTL stores will be given an inventory, that is 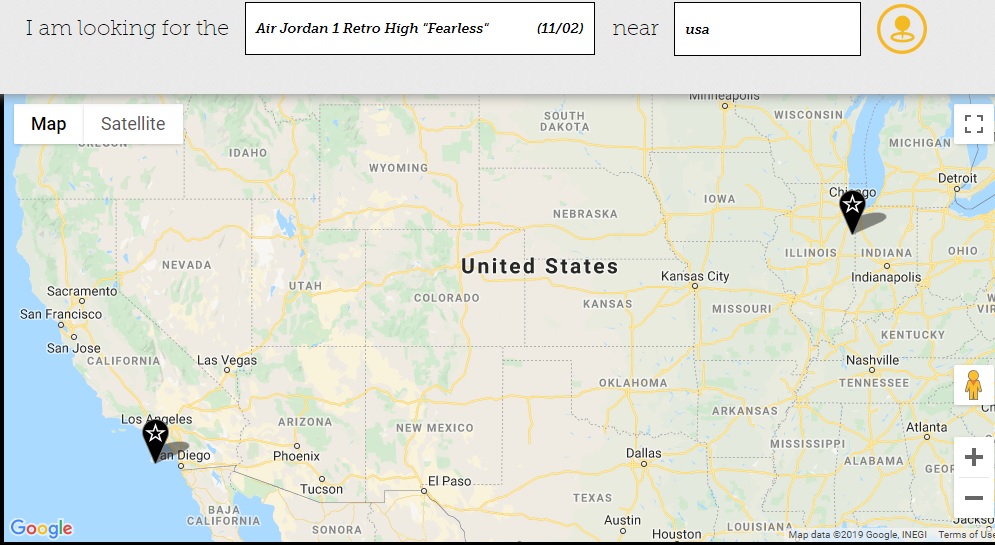 Footaction was obviously easy to work with, there are only two stores getting the sneaker. 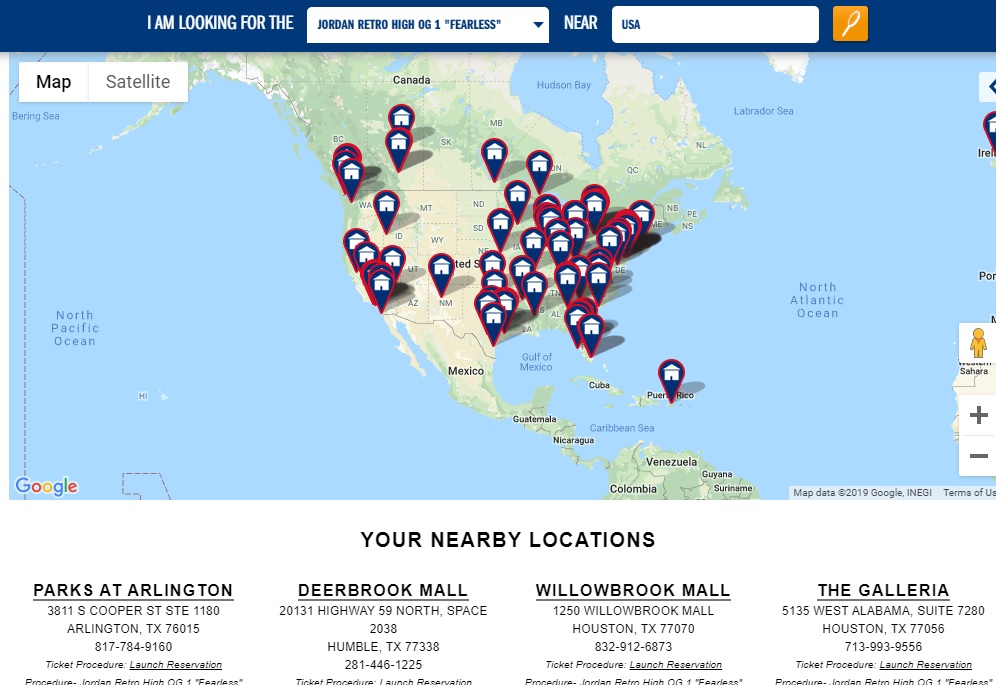 Based on the map above , a total of 70 champs stores were given an inventory. Now let’s set up our assumptions and run our numbers:

-Footlocker, Footaction and Champs will receive about 1/4 of the entire US inventory

-We’ll assume that each Footlocker store will receive 24 pairs and we’ll assign 12 pairs to Champs stores and maybe 100 pairs for each of the Footaction locations.

Now let’s see how the shoe is performing on third party marketplaces; we’ll consider eBay and StockX’s data and draw our conclusions from there. Let’s start with eBay, see histogram below 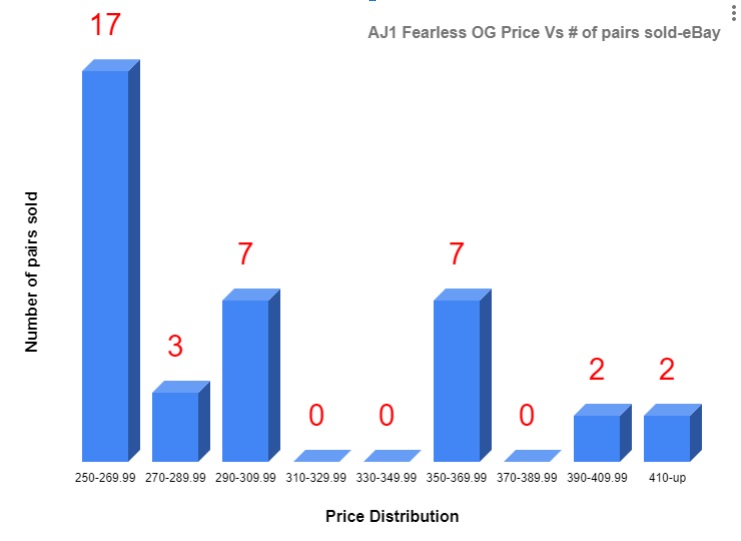 I’ve only included data from legitimate sellers from eBay to avoid any inaccuracy ( there are lots of fake sneakers being sold on eBay at extremely low prices). The average sale value based on the histogram above is : $11205 ( total # of revenue)/ 38 ( total # of sales recorded)=$294.86 let say $295.

Now let’s see how the shoe is doing on StockX

Stockx’s average price is higher than eBay at $373 ( but I think the only reason why it is that high is because most sizes being sold on the platform are sizes 10 and below). The marketplace has recorded a total of 800 sales and the mark up is at 115%. You are better off selling the shoe on StockX at this moment since the only thing you’d be paying for is the selling fee.

Should you buy to Flip? I think even a dead man can answer that question out of his grave.

Be sure to also check out my Real VS Fake Post on this shoe, see link below

WHERE TO BUY THE AIR JORDAN 1 OG FEARLESS

OR on eBay from our legitimate sellers in the listings below