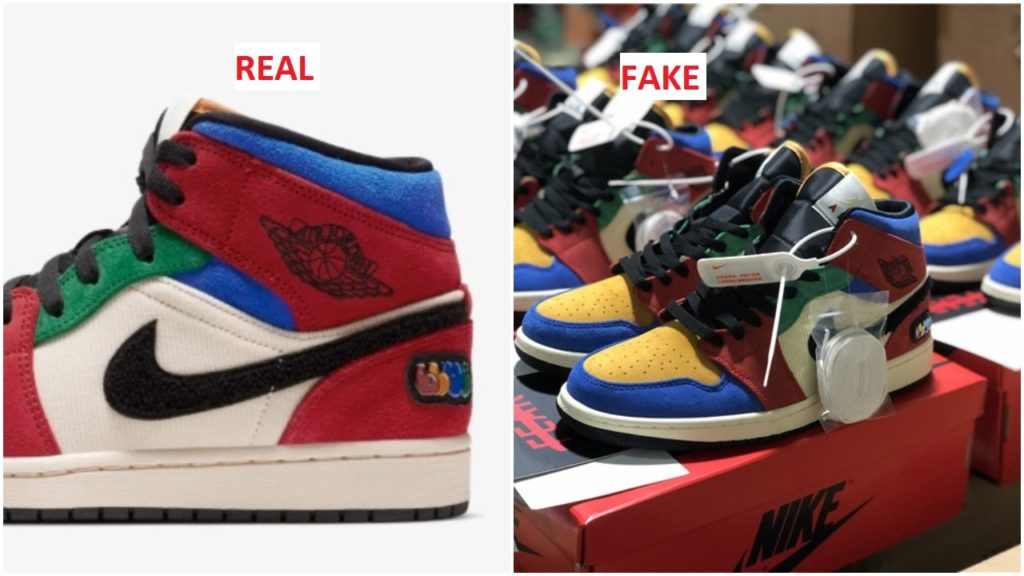 The Air Jordan 1 Mid Blue The Great released a couple of weeks ago, if you’ve missed my projection post it, be sure check out the link below

I’m actually surprised that it took bootleggers this long to make the counterfeit pairs. I finally came across pictures of the replicas yesterday and did a side by side comparison. In this comparison, I will also show you how to authenticate your own pairs from the comfort of your house. Here are the quick tips to identify the fake Air Jordan 1 Mid Blue The Great. Be sure to watch the video below in which I talk about the newer technologies added to the latest Nike, Air Jordan sneakers that will give you additional tips to authenticate your sneaker. 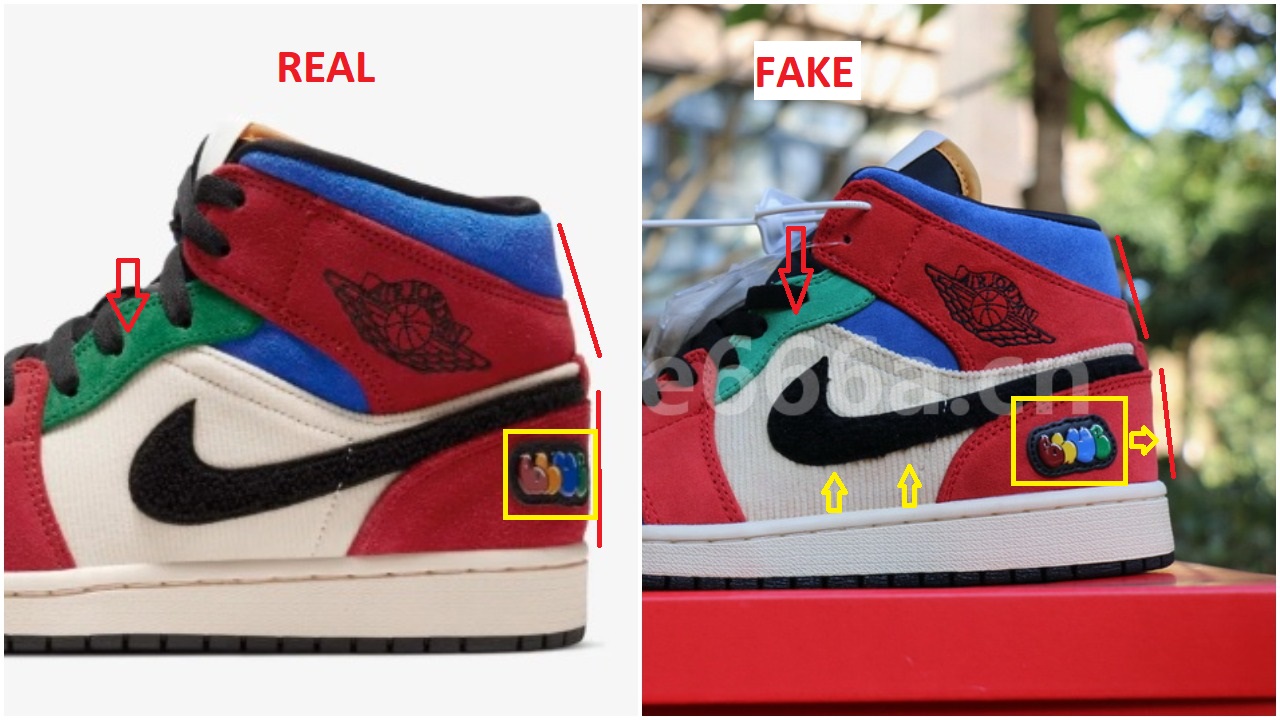 The height is always one area that bootleggers can never get right, the replica pair isn’t as high as its authentic counterpart. The shape of the heel counter is also off ( the back isn’t quite vertical). The positioning of the “Blue” text is completely wrong ( both pairs are size 9’s)- there is a gap between the heel counter and the” blue the Great text” on the replica pair ( see yellow arrow and rectangle). The swoosh logo has loose threads on the fake pair ( see  yellow arrows pointing up). I wasn’t going to mention the differences of the green color on the eyestay, but I think it’s worth noticing ( see red arrow). 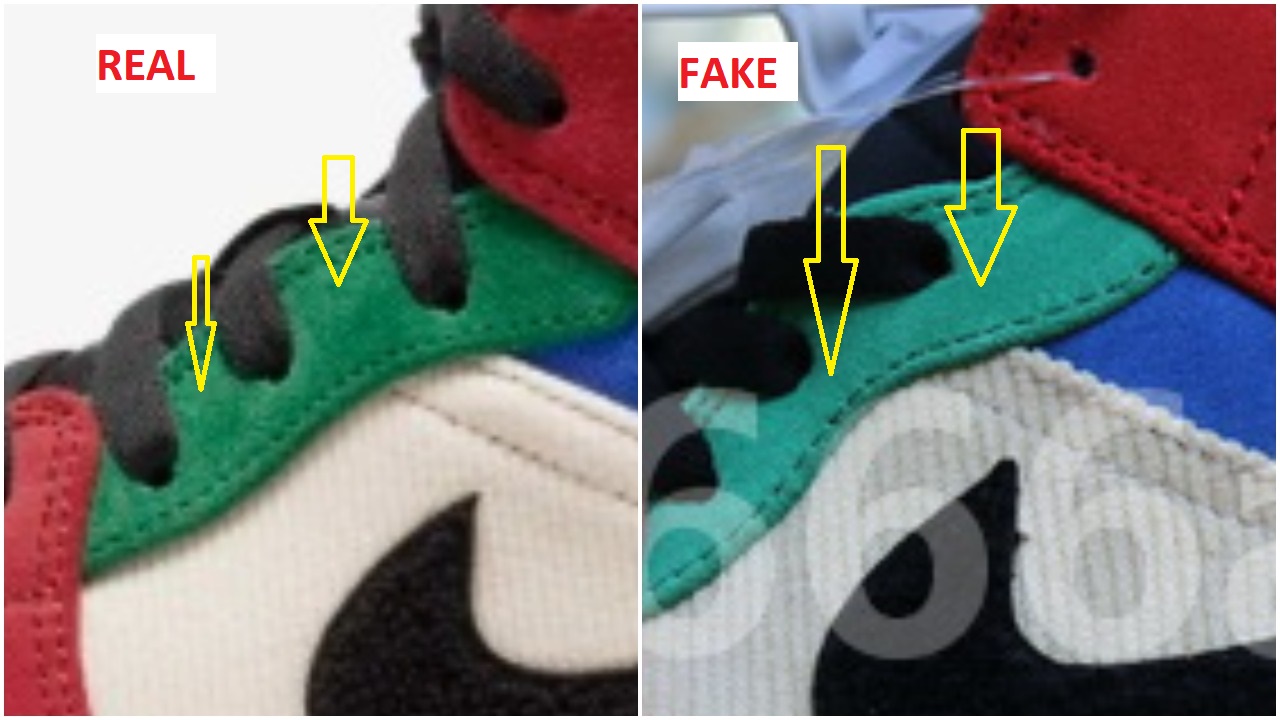 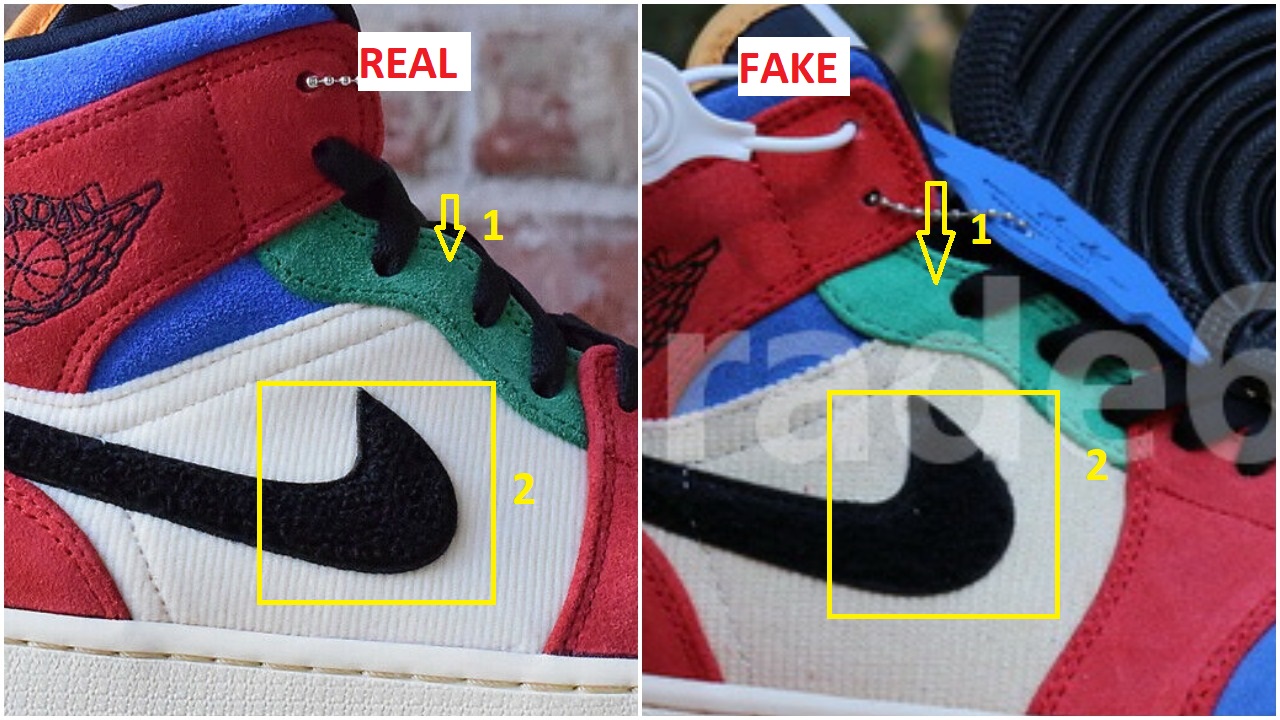 Both of these pictures were taking in the same outside ( lighting is the same) and you can still notice the difference in the green colors highlighted by the yellow arrow (1). Also zero in on the shape of the swoosh logo ( poor craftsmanship on the fake pair (2)). 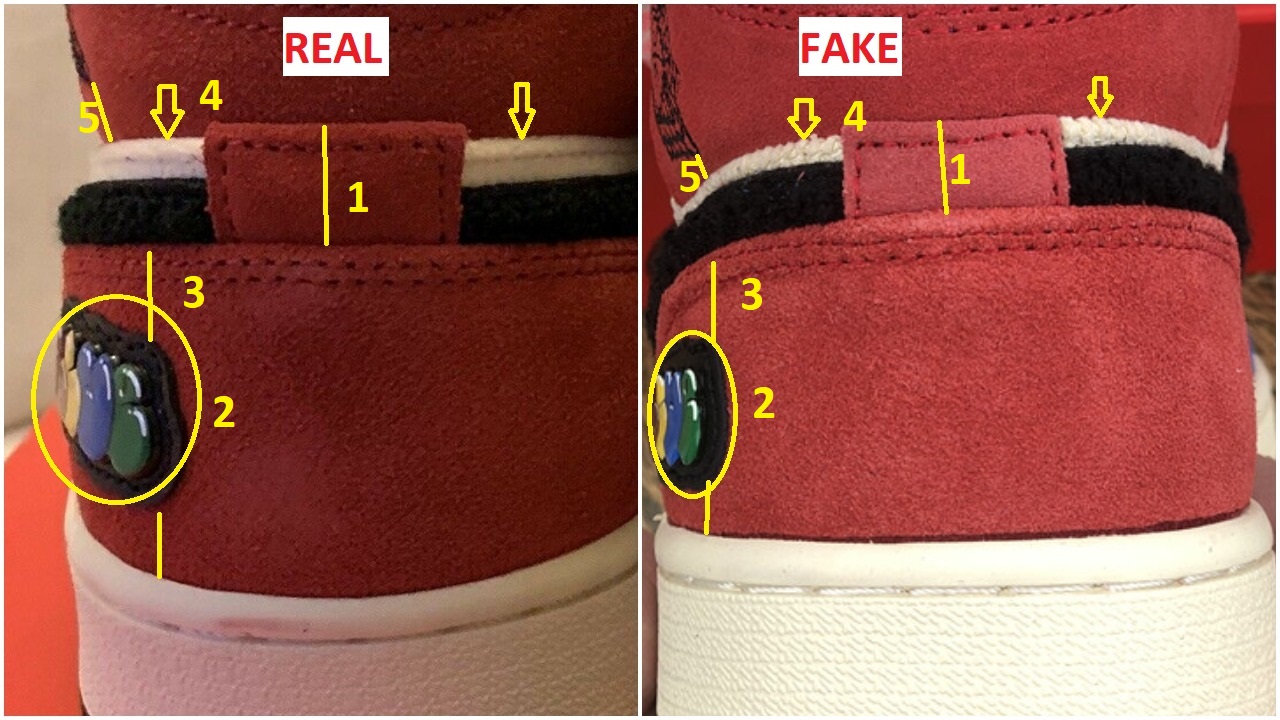 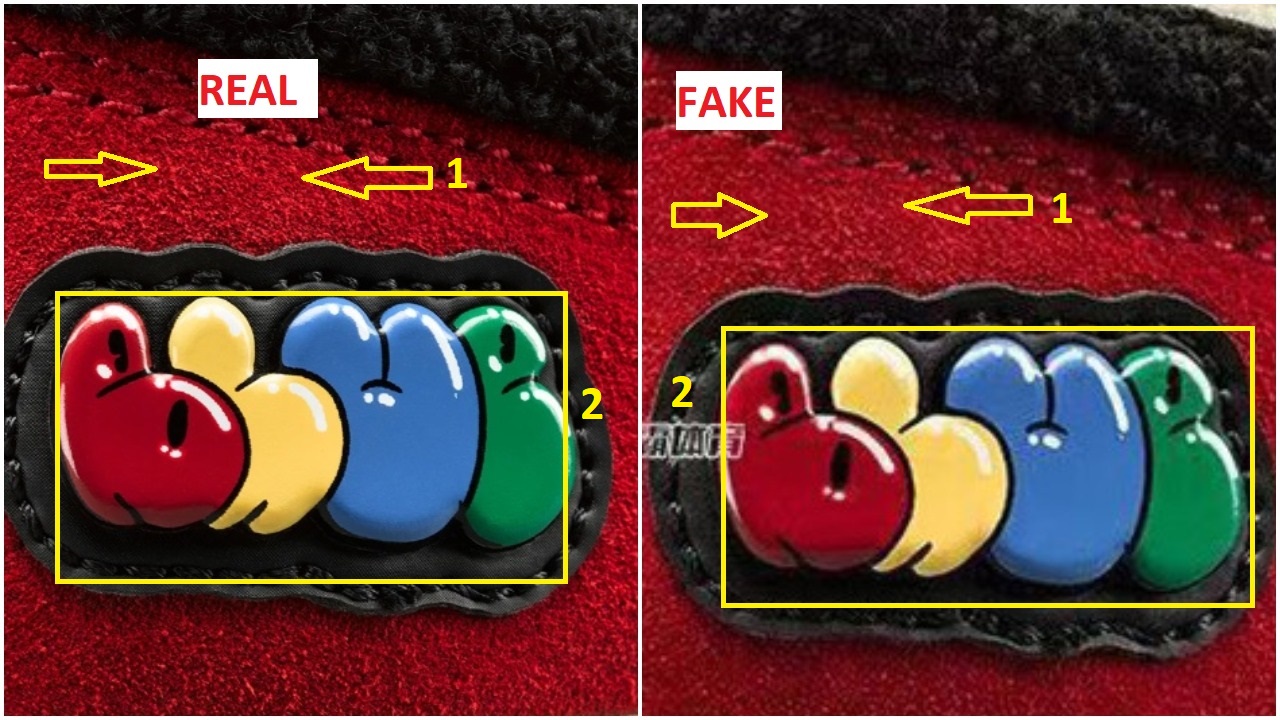 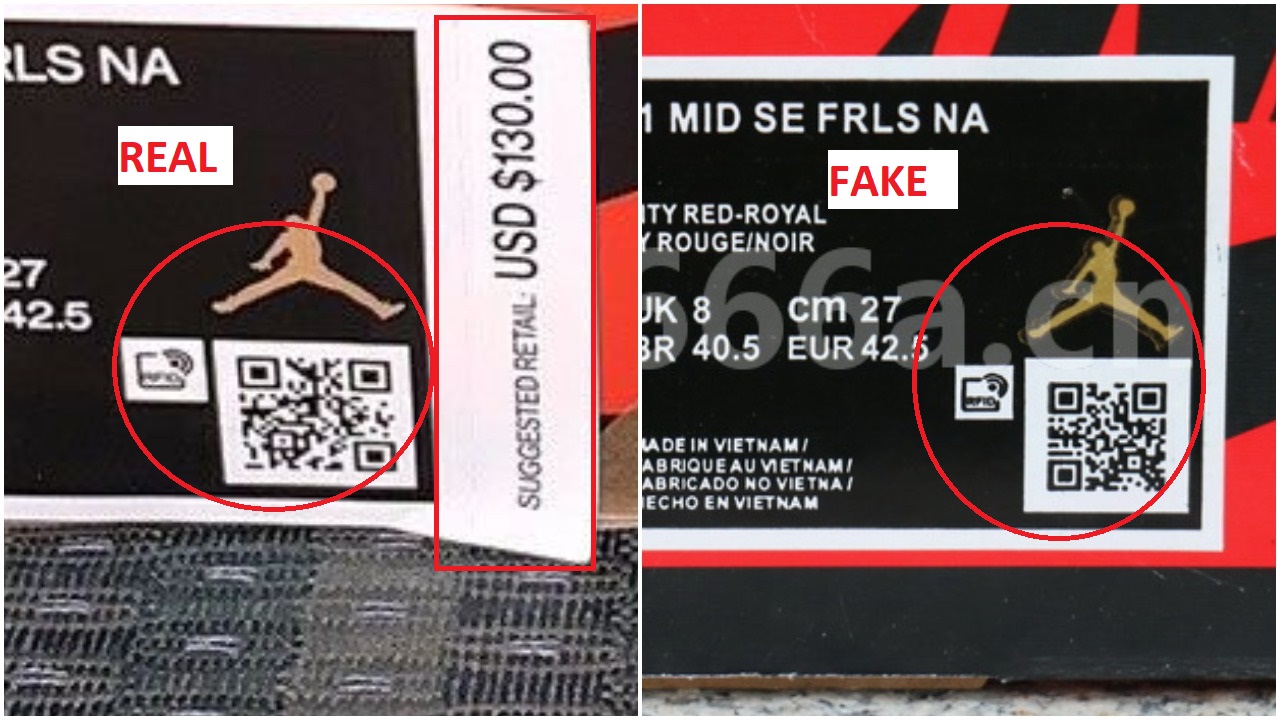 The retail pair released in North America has a suggested retail tag on it, the fake pair I’ve come across doesn’t ( that doesn’t necessarily mean that any pair that doesn’t have the tag is fake). You will also see that the QR Code and the RFID tag prints are slightly different between both pairs ( see red circle, i’m talking about the nuances in the font and the boldness of each print). 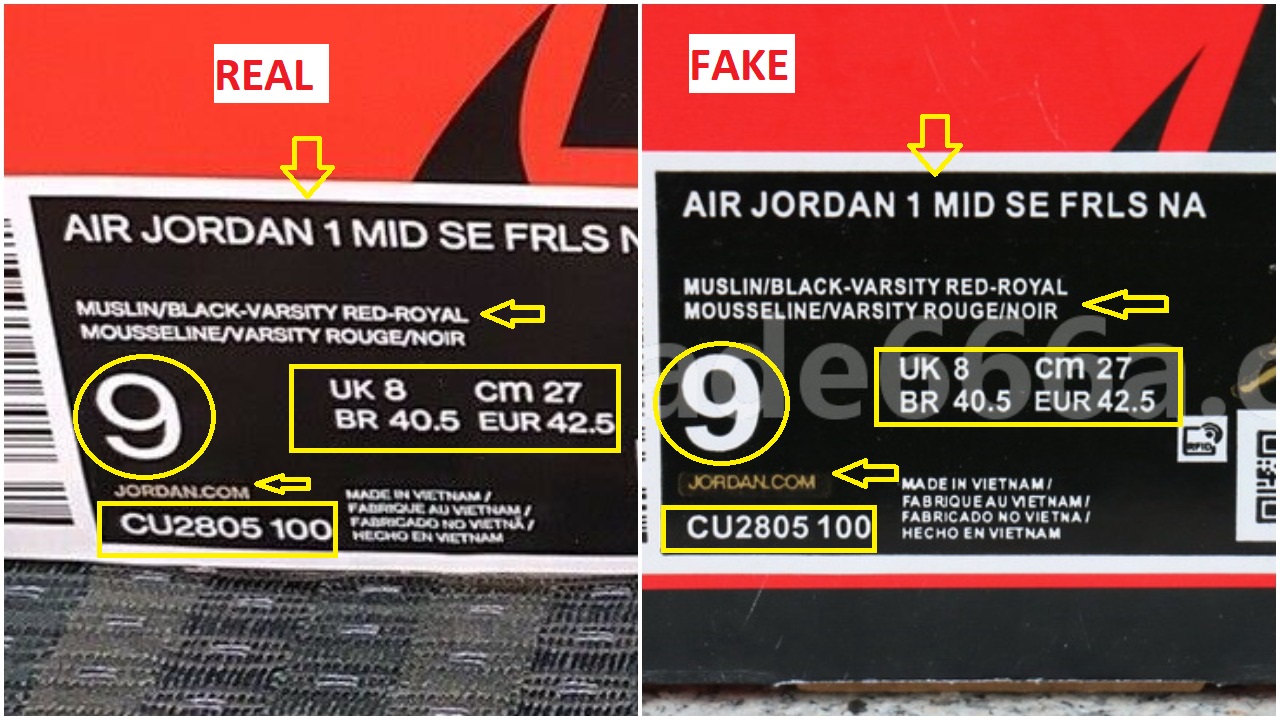 The 9 is thicker on the box label of the replica pair than it is on the authentic one. The size, font and boldness of the letters/digits between both pairs are totally different.

So far these are the only pictures that I could collect, I’ll add more differences once the shoe releases officially.

Here is where you purchase authentic pairs from