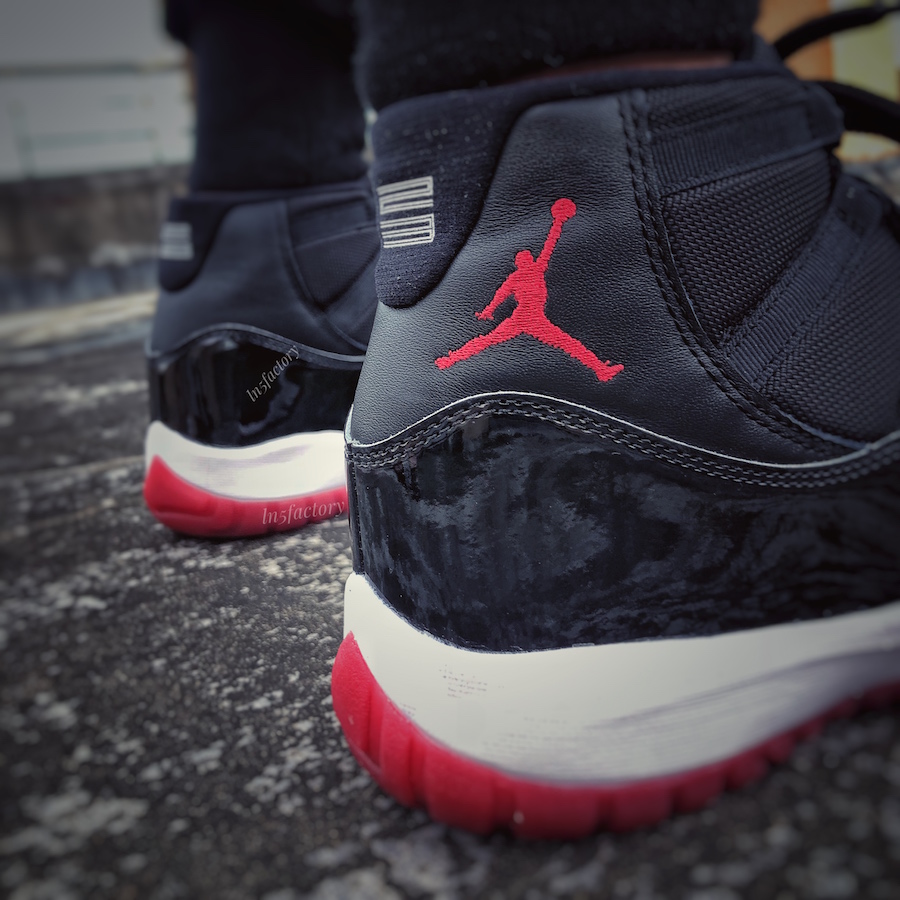 Nike wanted to switch things up a bit by replacing the iconic #23 on the back of the Jordan 11 silhouette with the #45 that originally was spotted on Nike’s early samples. The #45 project started with the 2017 Air Jordan 11 Space Jam; it was followed recently by the 2018 Jordan 11 Concord. Both models were highly anticipated and sold out via retail. The only thing that I noticed was the “not so great” resale value of both  models in third party marketplaces. The Space Jam 11 has a current market value in the low $300’s ( for a 22.7% mark up) and the Concord 11 has a market value of $279 ( for a 18.25 markup). The mark ups are very low given that both shoes were released respectively two years and a year ago.

Folks on social media outlets have been very critical of Nike for releasing the classic colorways of the 11’s with the #45 at the heel and I think this unconfirmed rumor of the Bred 11 possibly returning with the #23 on the back might be a result of these complaints. No one knows why Nike might decide to do that but I suspect that the brand continues to run parallel to the Edit To Amplify campaign- basically give people what they want. Nike is a marketing machine and if” word on the street” is that people want the #23, the brand will opt for the #23. Consumers are very fleeting and the consensus at the moment is “bring back the #23” so on that conviction alone I think the 2019 Bred 11 will definitely feature the #23. And it leads me to think that this will the most produced Jordan 11 we’ll ever see. I actually wrote a post about it, see link below

How Many Pairs Of The Air Jordan 11 Black Red Bred Could Be Produced?