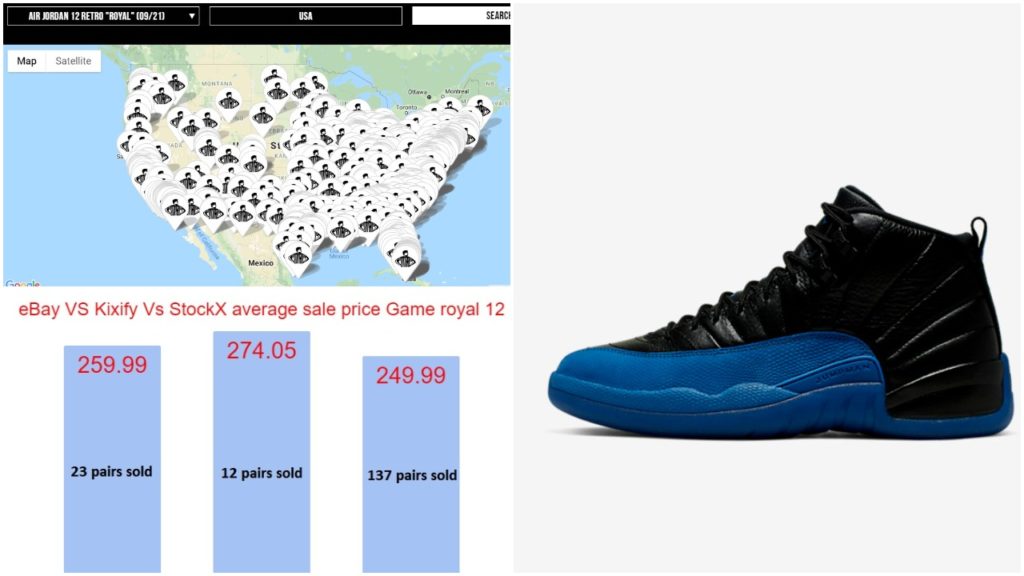 The Air Jordan 12 Black Game Royal is the object of my focus this morning. My natural instincts tell me that Nike might’ve produced close to 300,000 pairs of even more. Every major and minor retailer will have the shoe on September the 21st, which is the official release date. So we can look forward to a massive infestation of this colorway in all shopping malls nationwide. I like to back up my claims with tangible evidence so we’ll lean on Footlocker, Champs and Footaction’s data to project our numbers. First let’s quickly take a look at their respective release map to get an idea of what we can expect on Saturday.

All three members of the Footlocker’s family are operating on the first come, first served basis. I also was very diligent in gathering data about the number of stores from each entity  allocated an inventory, and I can confidently say that every FTL, FTA and Champs location in the USA will have the shoe on shelves comes Saturday. With that said, I’m going to set up my customary assumptions and run my numbers

Footlocker & derivatives ( FTA, Champs) receive about 1/4 of the inventory

.And their online counterparts ( Eastbay included) will receive about a quarter of the inventory the physical locations will be allocated.

.We’ll also assume that each FTL store will receive about 18 pairs and assign 12 pairs for each FTA and Champs store.

PS: Take all these numbers with a grain of salt, they are meant to give you a rough estimate , I don’t have access to no retailers’s information ( I lean solely on assumptions I created myself).

Now let’s see how the shoe is faring on third party marketplaces. I’ll use data from Kixify, eBay and StockX. We’ll start with eBay: 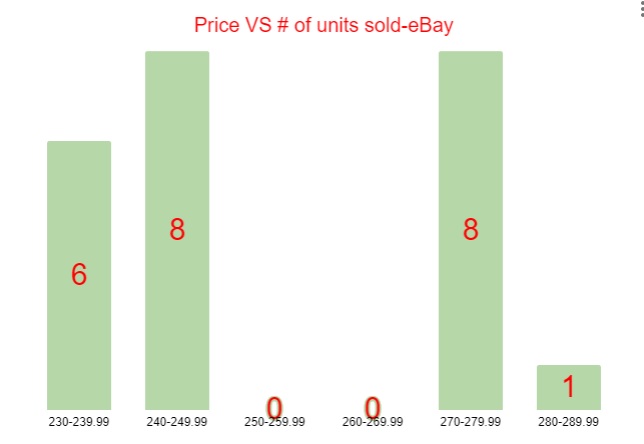 Kixify only recorded 12 sales , refer to histogram below 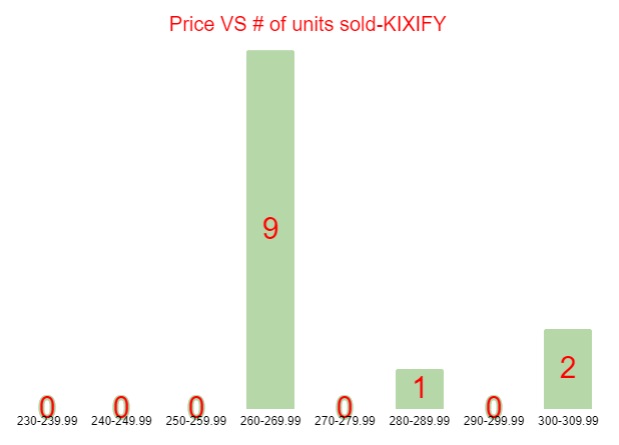 Now let’s put all these averages in one histogram, see image below 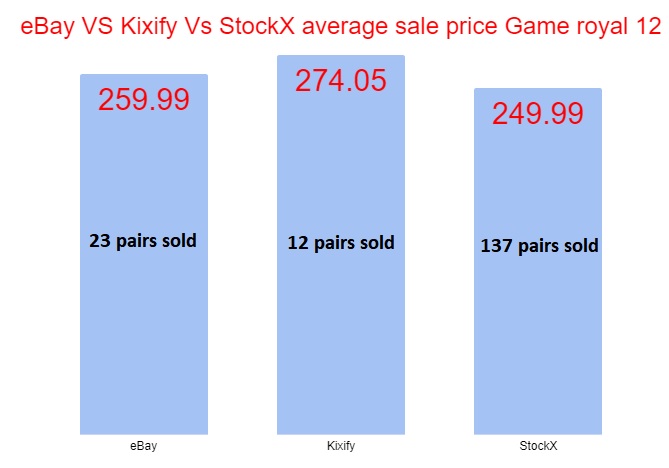 The air Jordan 12 Game Royal sold the highest via Kixify ( but only 12 pairs were sold on the platform). StockX has the lowest average at $249.99 with the highest number of sales recorded. The quickest platform to sell this shoe is via StockX. I wrote several posts giving my arguments for it, see this post below, I explained a lot there

The average sale value of the shoe is about $249 and its retail price is $190 before tax and $201.5 after tax. If you were to sell this shoe on StockX ( I’m assuming most people will head choose StockX since it has the fastest turnaround), your total payout will be about $221.61, and at this price your profit is about $20.11. Now if you’re instantly selling a minimum of 5 pairs,  I’ll say go for it. This is really a decision that the reseller is going to have to make on his/her own.

I’ m suspecting that retailers will have a relatively good week end based on the findings above.