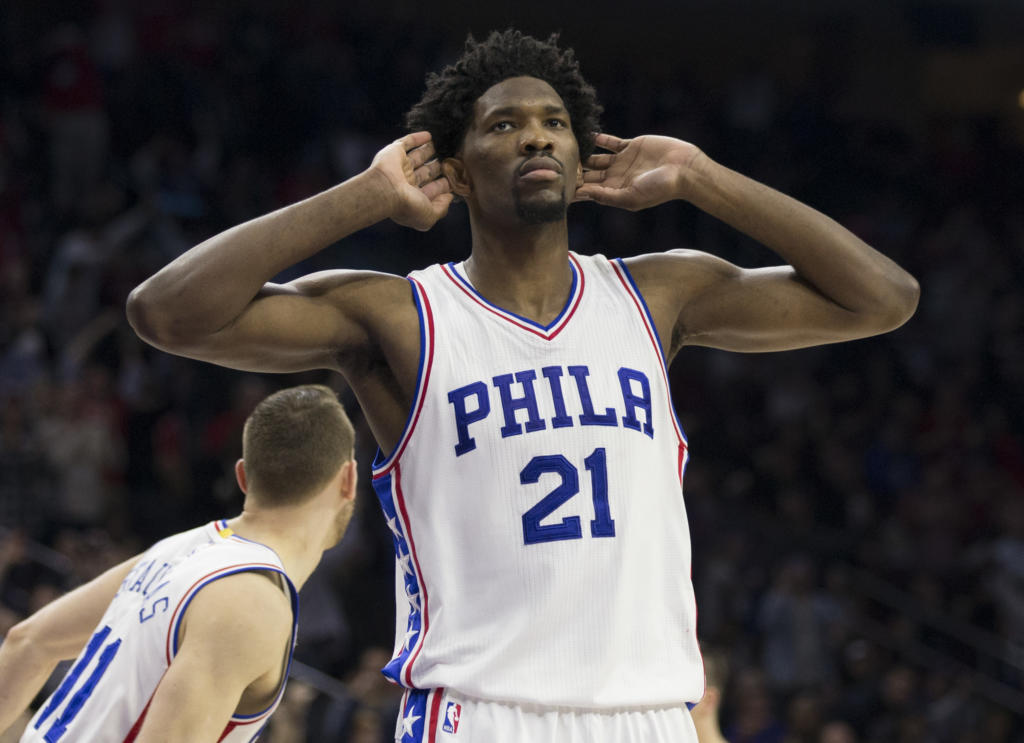 The 76ers have been the laughingstock in the NBA for the past four or five years. The phrase ” Trust the process” has been the recipient of many internet jokes, recently by myslef and my buddy Stanley. The team started the season again with losing two games in crunch time, a habit of theirs so I didn’t take them seriously till they won two games and then their third game last night against a worthy opponent in the Rockets.

I know most of us are tired of hearing about trusting the process but in all honesty we really have to trust the process . I’ve seen flashes of what this team can do once fully developed and it’s very scary . Ben Simmons is a bonafide baller and his play making abilities are a bit similar to that of Lebron James. He still hasn’t quite developed a consistent jumper yet but I’m confident he is going to be a force in this league. Émbiid showed us last year what he was capable of when healthy. He belongs to the new breed of centers with the ability to stretch and run the floor as well . His footwork in the low post is amazing and his face up game  is second to none. He is a reliable shot blocker with quick feet who can guard nearly every position. In today’s video coach Daniel is exploring the 76ers offense in their first games and much is to be noticed about it . Their side pick and roll with Embiid and Redick has proven to be very lethal. They don’t use a lot of horn sets which they should utilize especially with Simmons, Embiid or Saric on the elbow with  Covington and Redick on the corners. That will certainly open up multiple opportunities for Philly i.e. slips and cuts to the basket, or whoever is on the elbow can attack the rim at anytime for an easy lay up or dunk. Watch the entire breakdown courtesy of Coach Daniel and be sure to subscribe to his channel