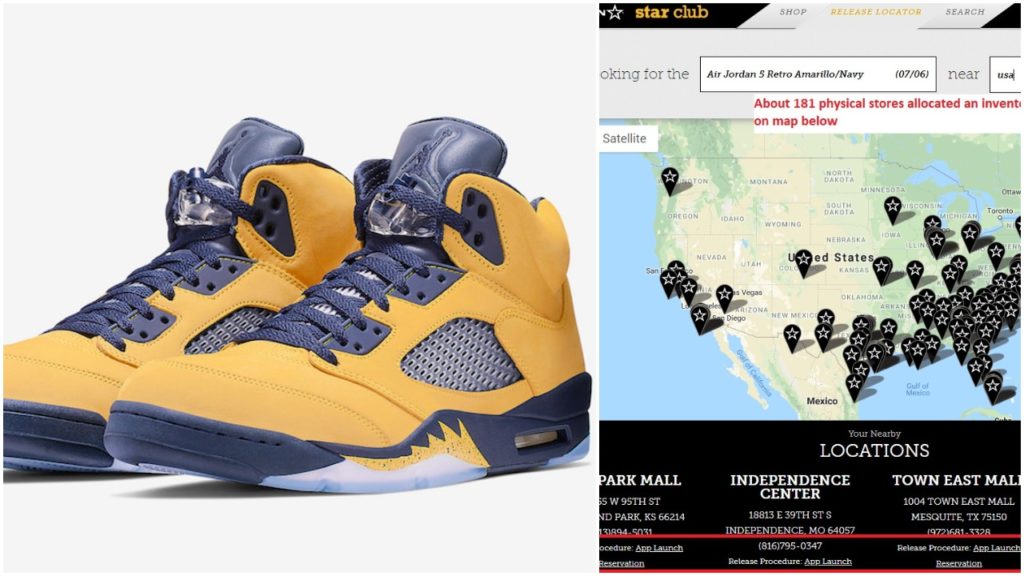 I thought the Air Jordan 5 SE Michigan wasn’t going to release till the end of August. I guess Nike has other things planned for Back To School time. Instagramer Hanzuying claimed that only 64,000 pairs were made and my job this morning is to verify his statement. I took a count of the stockists( major and minor retailers) that were given an inventory and came up with the list below,

Major Retailers: Nike and the only Footlocker’s family member getting the shoe is Footaction, – available in stores and online

Minor Retailers: DTLR, Shoe city. Eblens( in stores only), City Gear, ( in stores and online for the rest of the stockists) 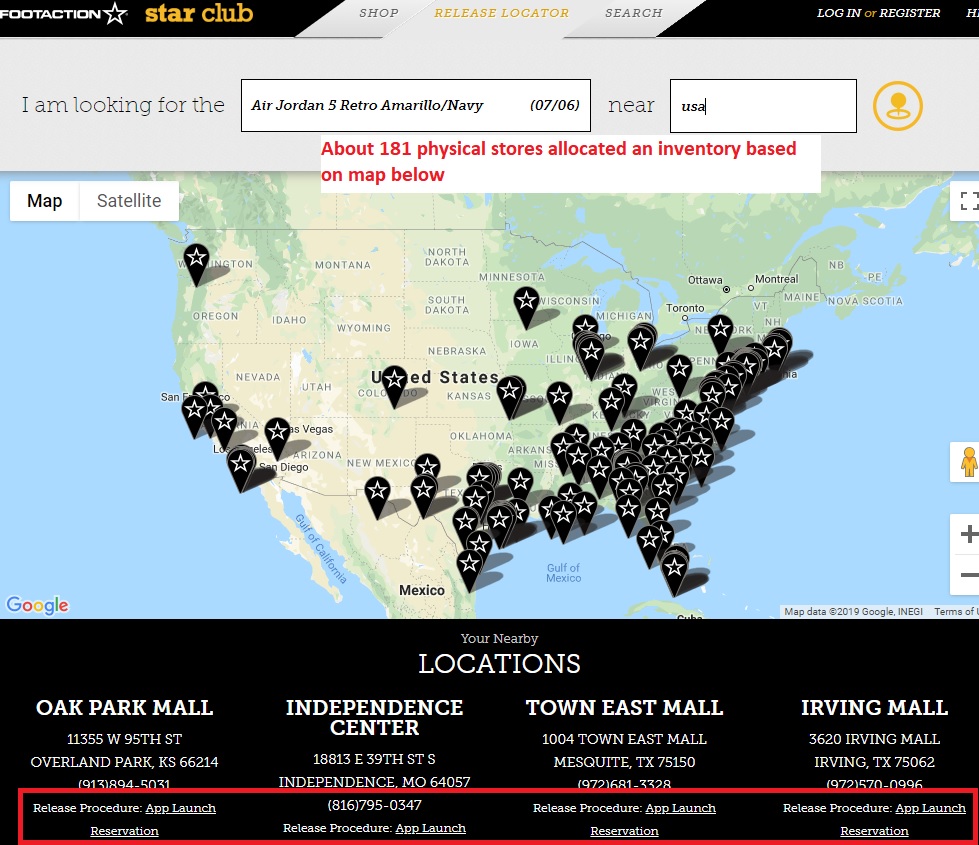 Based on the map above, I counted about 181( let’s say 200) physical stores; usually when I compute my numbers, I build my case based on Footlocker’s numbers. But it’s a bit tricky today since only Footaction is the only member of FTL’s family getting the shoe. So I decided to do away with the ratio this time and just computer my numbers based on the confirmed retailer’s physical stores.

DTLR has about 110 physical stores and I’m assuming that each location is getting the shoe. Shoe City has about 39 stores, City gear has an average of 130 stores, Eblens has 38 stores and Nike has a total of 392 stores operating in the USA. Since DTLR and Ruvilla merged together, I must include Ruvilla in the mix and I believe that is an additional 120 stores. We still need to consider a few other things before we compute our numbers,

It’s only three sales so we cannot make any strong inferences based on this data. All I can point out is that the shoe has gained in value as time progressed. But again the sample size is too small so let’s not rely on this just yet.

StockX recorded about 217 sales at an average price of $354 for a 44.4% mark up. That’s not bad at all since the shoe costs about $225 before tax; so if you’re interested in purchasing the shoe for resale purposes , i’ll say go for it.

Retailers will not sit on this model, again it’s all about supply and demand, the less pairs available, the more the enticement and consequently the better the sales.