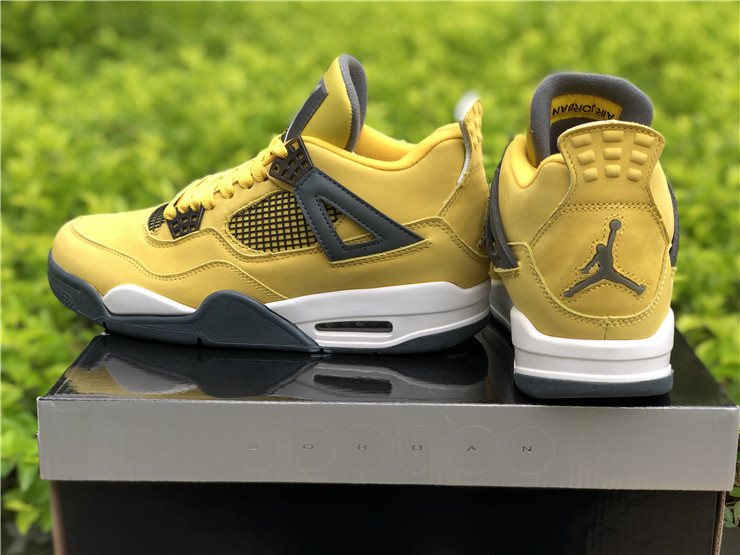 Lightning comes before Thunder but for some odd reasons, Jordan Brand got it all twisted. The Jordan 4 Thunder

was brought back in 2012 and the lightning 4’s have yet to make their return. I think with the new Edit To Amplify campaign Nike has been talking about, it only makes sense for the brand to bring the Lightning 4 back. Well yesterday during one of my routine Sherlock Holmes moments, I came across fake pairs of the 2006 lightning 4 and that’s an indicator that the shoes are probably brewing in Nike’s contracted factories. Bootleggers have moles in Nike’s factories and they’ve made it a habit to blatantly create grey market pairs of upcoming sneakers the brand is preparing to release. So basically these illegitimate websites are a window into Nike’s release calendar.

So I’ll say it again, I’m 99.9% confident that we will see a pair of the air Jordan 4 lightning before the end of 2018. If you happen to own the 2006 edition, i’ll encourage to sell it as quick as you can. In the meantime beware of the bootleg pairs that have surfaced now, see pics below. 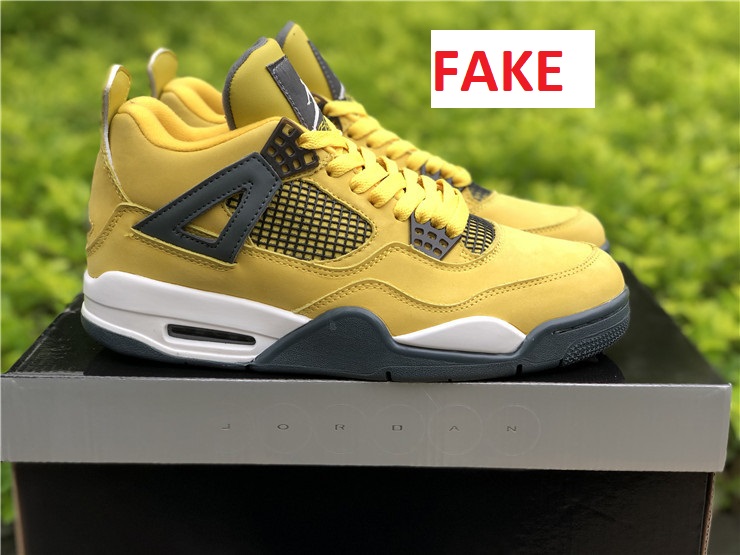 You can buy the authentic pairs of the 2006 lightning 4 on eBay from our featured sellers, see listings below