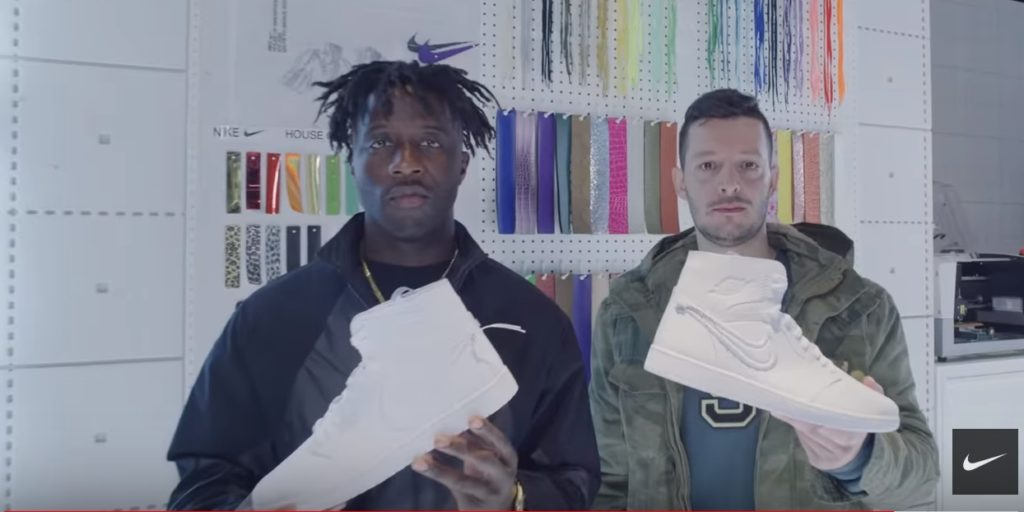 The first edition of the Nigel Sylvester Jordan 1 that dropped in September of 2018 really reflected his sport- the BMX. The shoe embodied every aspect of the result of riding a bike ( scuff marks, distressed and beat up look). So this morning when I went on Nike’s website and saw a few pictures of the upcoming Jordan 1 Noise Cancelling supposedly designed for Nigel Sylvester, it didn’t make that much sense to me because the shoe was clean and looked more like an offspring of the Off White 1. I thought Nike was going to stick with the BMX concept and apparently the brand did according the backstory via Nike, see excerpt below,

I tried to find a connection between BMX and this clean white pair. It led me to Youtube where I found the Man behind the design, see video below

Maybe I may have missed the whole concept behind the shoe but according to YAIAGIFT the artist, the shoe is meant to convey power, in the video you can hear him say,

if you watch his video, he is very powerful, i wanted to tell that story through graphics.

But after watching the entire video though, the one thing I deducted from it was the artist’s main objective- allowing the wearer to have control over the final product. So basically this shoe ought to be called Air Jordan 1 “Do Your Own Thing”. It is basically giving an opportunity to customize your own shoe and I think Nike was brilliant for doing that, because on the long run folks in the sneaker community will witness a myriad of customs which in turn extends Nike’s relevance and longevity. This post was all over the place so forgive me for that.