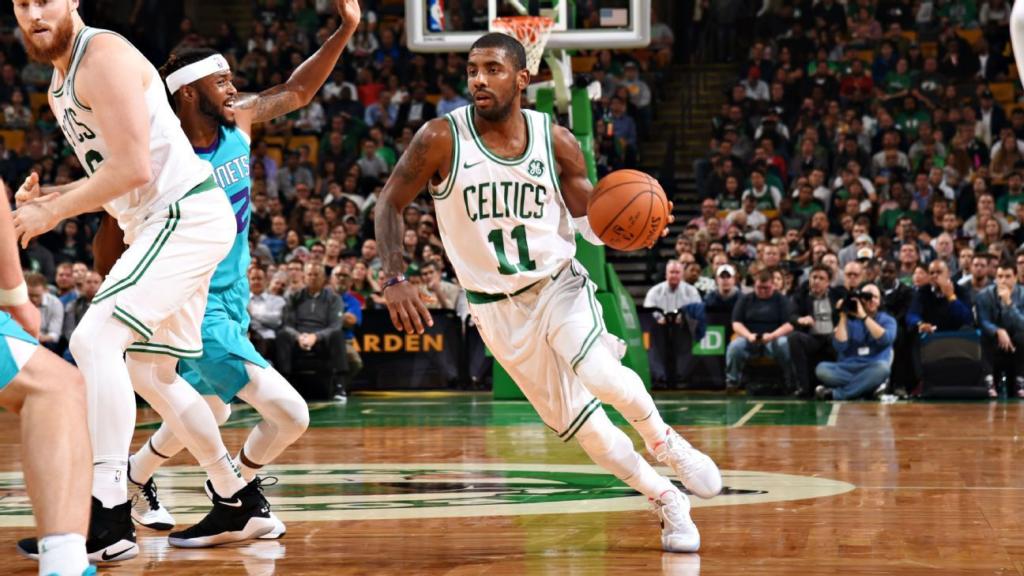 The Eastern Conference has been dominated by Lebron James and the Team whose roster He is on. It has become pretty predictable and boring and as a result many fans barely watch the regular season. I think the 2017-2018 season might see a shift especially with the Kyrie Irving trade to the Boston Celtics. The team starting 5’s has been completely revamped with the addition of Gordon Hayward, Marcus Morris, Aron Baynes and promising rookie Jasyon Tatum. But the most talked about acquisition was the Kyrie Irving one. I never thought that Danny Ainge would trade Isaiah Thomas who was by far the Celtics most productive offensive player. But at 5’9, he was a bit of a liability on the defensive end which made him expendable, especially when the trade involved a 6’3 Kyrie Irving.

Well the most important question involving this trade is: How Does The Kyrie Addition Help The Boston Celtics? Coach Nick from BballBreakdown shared a video a couple of weeks ago showing how the Celtics utilized Isaiah Thomas, and how in a similar way Kyrie could fit in that offense and actually be more productive. We all think of Kyrie as an isolation player and rightfully so; he has graced us with an array of moves and finishes that are out of this world. But one thing many of us forgot is that Kyrie also enjoys playing off the ball. His initial possible destinations right before his trade to the C’s were: Spurs, Heat, Timberwolves and the Knicks. I’m not sure why he even considered the Knicks but coaches like Poppovich and Spoelstra are known for their fluid offense which involves a lot movement. I think Kyrie is very happy to be Celtics, especially playing for Brad Stevens who is the ATO maestro, a guy who is is also known for running a balanced offense full of motions that leads to open shots and easy buckets. Well check the video below courtesy of Bballbreakdown and be sure to subscribe to their channel.