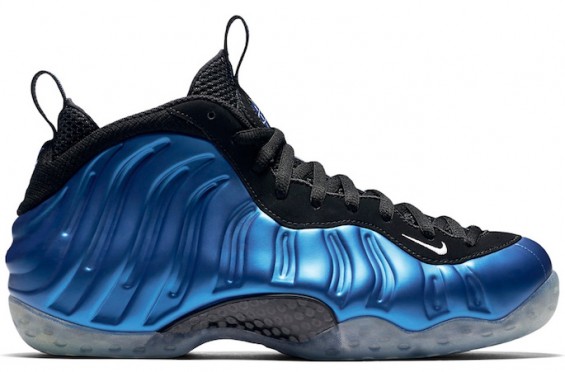 I don’t think this is the last time we will see the Nike Air Foamposite One Royal OG 895320-500. Nike Sportswear has mastered the art of baiting people who are gullible enough to buy into their insane marketing machine. This is probably the nth time these shoes have released, and every time with a little twist.  I can’t even recount accurately the number of times this colorway was re issued since their original 1997 debut. Now the brand is calling them OG “20th” anniversary, basically celebrating the shoes ‘ 20 years lifespan.

The foamposites are built like a WW2 German tank to last a lifetime; the interesting thing is even the original 1997 royal foam is still wearable. The shoes hardly fall apart; they are engineered by pouring liquid foam into a mold, and then solidified into the foam shells. The shells are intended to mold to the foot and create an adequate stability to prevent injuries. They are really meant for bigger guys who operate in the low block. But with the game is changing now, light or weightless is the way to go. You will still find guys like Markieff Morris rocking the foams in actual games.

Anyway for those who don’t want wait for the official release date, the Nike Air Foamposite One Royal OG 895320-500 is available now for purchase, see details below.