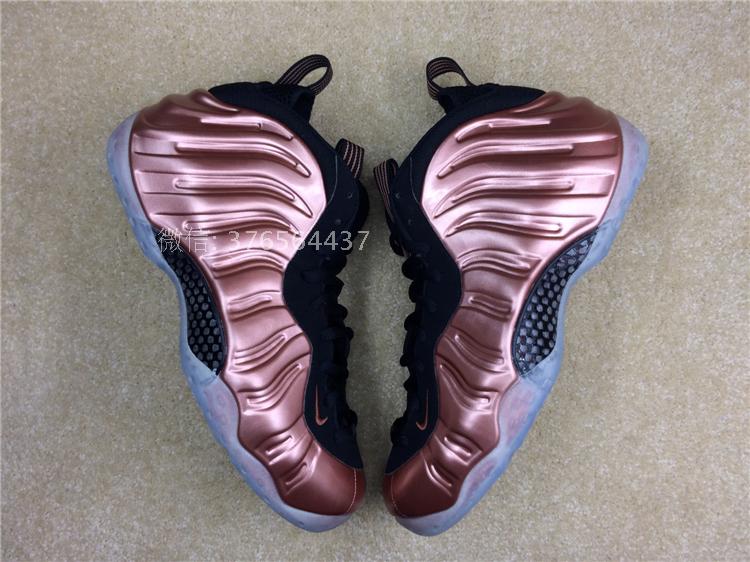 The Air Foamposite One Copper will return indeed in 2017. Are you suprised? I’m not, I knew Nike would drop them again. Looking at all the Foamposites that released this year ( Dr Doom, Red Pro, Blue Pro), I was certain the ” Foamposite copper” were next. the easiest way to  determine what Nike is concocting is a quick scan of the Fake/unauthorized websites. I was doing my routine Taobao surf, and came across several sellers with “Full size Run” of the Air Foamposite One Copper, so I concluded that they were certainly coming back.

I can recall vivid memories of that February 13 morning of 2010 when the shoes were first released. There were false rumors that the date was pushed back, which Nike quickly shutdown. I got up early on the cold morning and went to my local mall. I was probably the seventh individual in line, but next thing you know, there was almost a parade out there. Those were the “good old days” of  First Come first Served; the line grew fast and as soon as the door was open, people disregarded the line and looked similar to sheep without a shepherd. I can recall this dressed -up Persian fellow who took off and probably ran faster than Usain Bolt just to secure his pair. Luckily for me, the security guards turned the crowd away and I was able to get access to Footaction through a secondary entrance to grab my pair- it was good day.

The shoes are dressed in copper shells with black detailing on the eyestay, tongue and inner liner, and sit atop a translucent outsole .They are made to last a lifetime. Built like a WW2 German  tank, the shells are intended to mold to the foot and ensure natural motion. They feel very sturdy upon initial wear but will get more comfortable with time. Cushioning on the foams come directly from the air injected zoom insole ; so basically the shells are directly connected to the sole. Since the shells are heavy, Nike incorporated carbon fiber shanks to lighten up the shoes for a better performance on the court. The mesh tongue and its extension are the only operational ventilation system on Foams.

There is no set official release date on the Air Foamposite One Copper, so stay tuned for further updates.