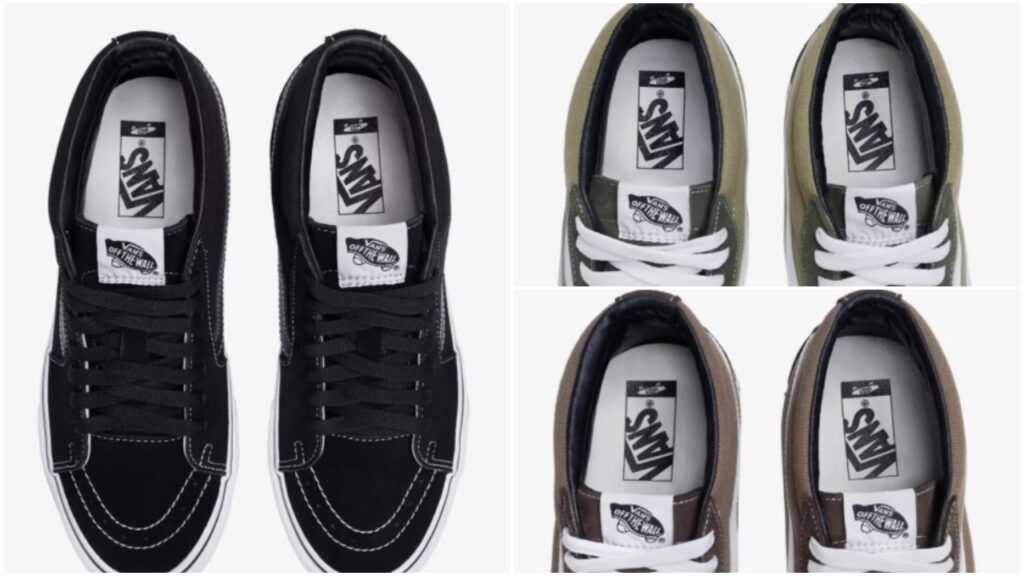 The VAULT BY VANS X JJJJOUND collection is set to drop officially on August the 12th and will include three distinct colorways of the  Vans Sk8-Mid VLT LX. Here is the backstory of the collection courtesy of Vans,

JJJJound, a Montreal-based studio, was launched initially in 2006 as a digital mood board exploring the recurring patterns in design. Over the next decade, JJJJound evolved beyond the realm of the Internet and was made tangible by collaborations with artists and brands that share their strong design ethics. The result is a commitment to a different way of thinking, finding new ways to interpret products by respecting their original story.

Rich in its history and timeless in its design, this special edition of the Vault by Vans Style 37 stays true to its origin. It honors its status as the best in its class, for both sport and style, with its refined design elements. This enduring silhouette is depicted in materials selected for their durability, and colorways are carefully diluted into a sophisticated palette evoking the state of heavily-used skate sneakers. This special edition lets the details speak for themselves—quietly, subtly, but convincingly.

The retrospective sneaker debuted in 1978 as the brand’s first high-top skate shoe, which integrated the ankle guard concept into its design. The short-lived style was only in production for one year before its design evolved into the beloved Sk8-Hi currently at the core of the Off The Wall franchise. Sometime in the 1990s, Vans reissued the Vault by Vans Style 37, and since then, it has been reissued and rediscovered as the Sk8-Mid VLT LX.

Where to Buy the VAULT BY VANS X JJJJOUND collection

Here are some pictures of the collection courtesy of Vans