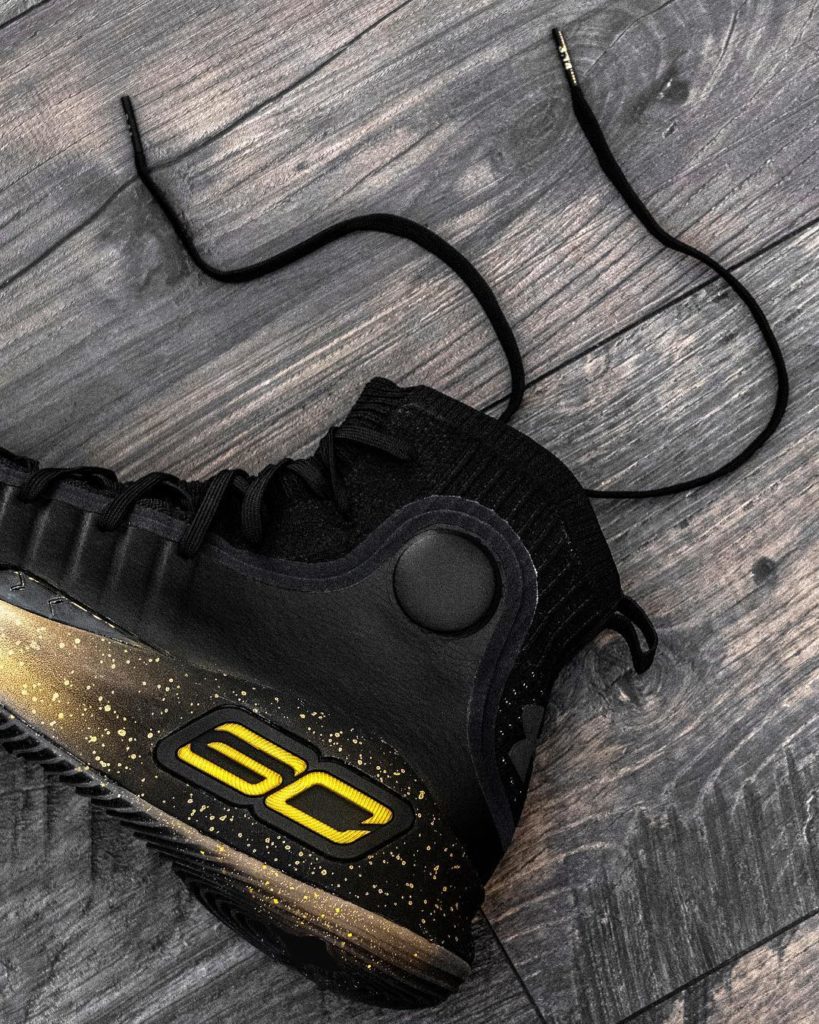 The first colorway of the upcoming Curry 4 surfaced a week ago, and I think Under Armour will regain some significant grounds in the basketball niche, an area where Nike is currently struggling- I stopped by my local outlets a few weeks ago and the current finals MVP, Kevin Durant’s sneakers are collecting dust on shelves. You can find the KD 9 for as low as $79 and the KD 10 for as low as $99. But this isn’t about KD but Steph Curry. UA lost a lot of momentum since the release of the Curry 2.5, which I think was a colossal mistake. But the company has also poorly marketed the shoes- they think people will just buy the sneakers because of SC. It’s partly true but marketing is one of the most important thing that must be considered and I think UA has finally realized it. 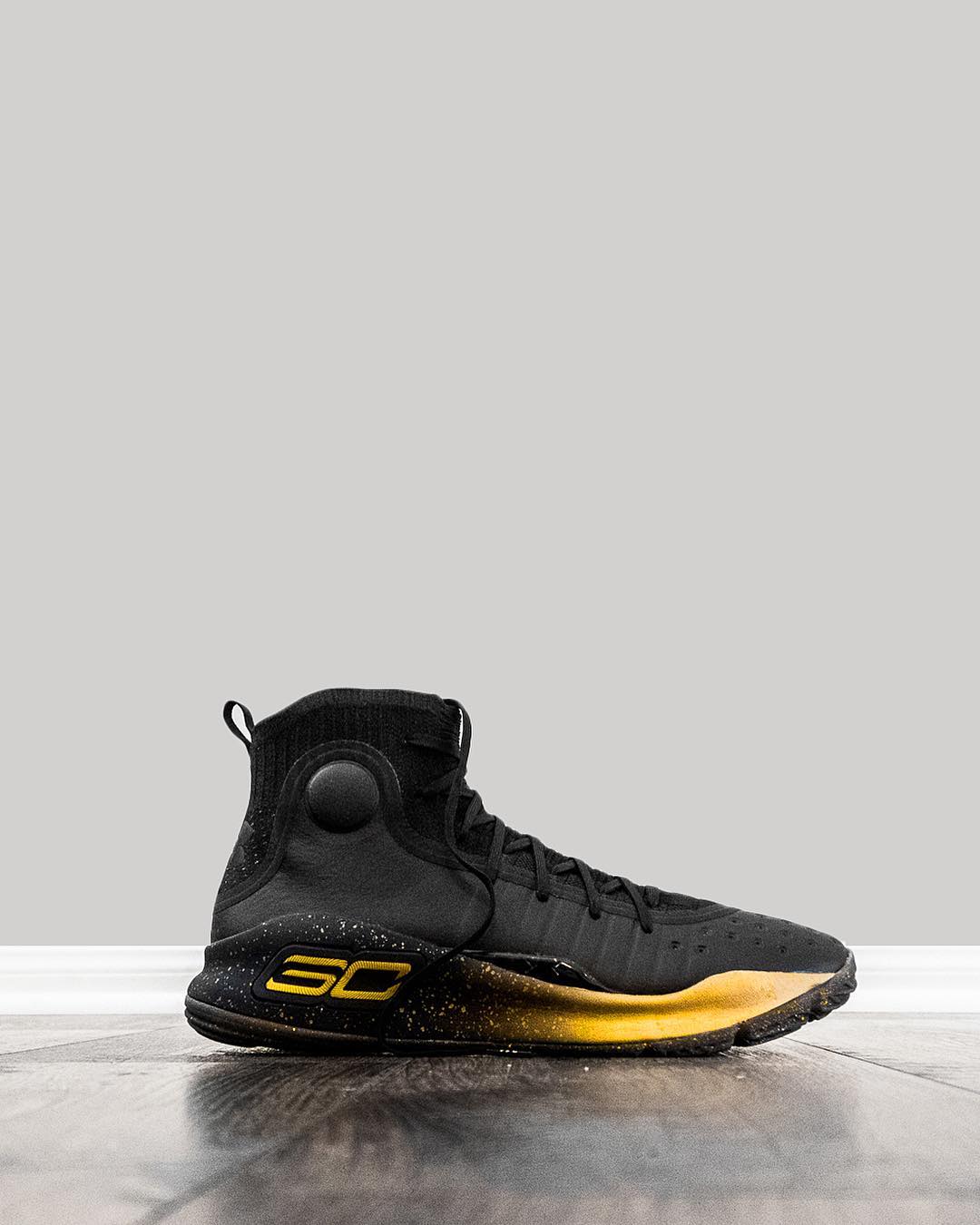 This black and gold UA Curry 4 that has just surfaced is a very bold move from the company- they are basically telling the basketball world that the warriors are going to seal their victory tonight against the Cavaliers.

The shoes come in black with gold highlights on the midsole; a large yellow SC ( steph’s logo) is featured on the heel portion of the gold -speckled midsole. UA’s own logo appears on the back panel; Under Armour hasn’t informed the public yet on the materials making up the shoe, but I believe these feature the brand’s threadborne materials and leather overlays on the panels. They also have a sock like construction around the ankle for a comfortable fit and I see some sort of pods on the sides ( which I believe enhance stability). Because of Curry’s fragile ankles, these shoes are designed with extreme precaution to prevent any injuries. I won’t say much about them but the aesthetic of the shoes is definitely delightful and will be a great selling point especially if the Dubs can close the series tonight.

Stay tuned for further updates and enjoy the pictures below. 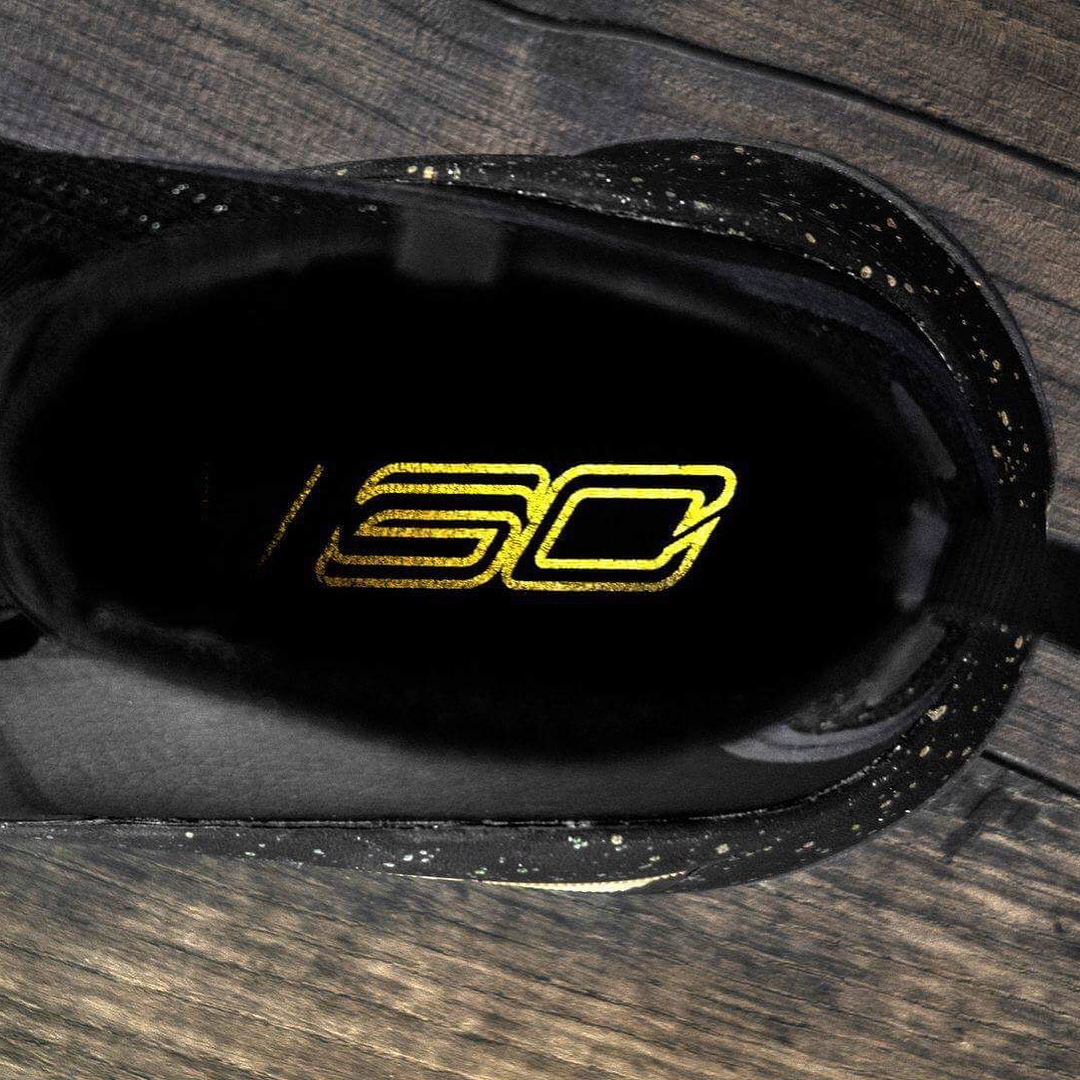 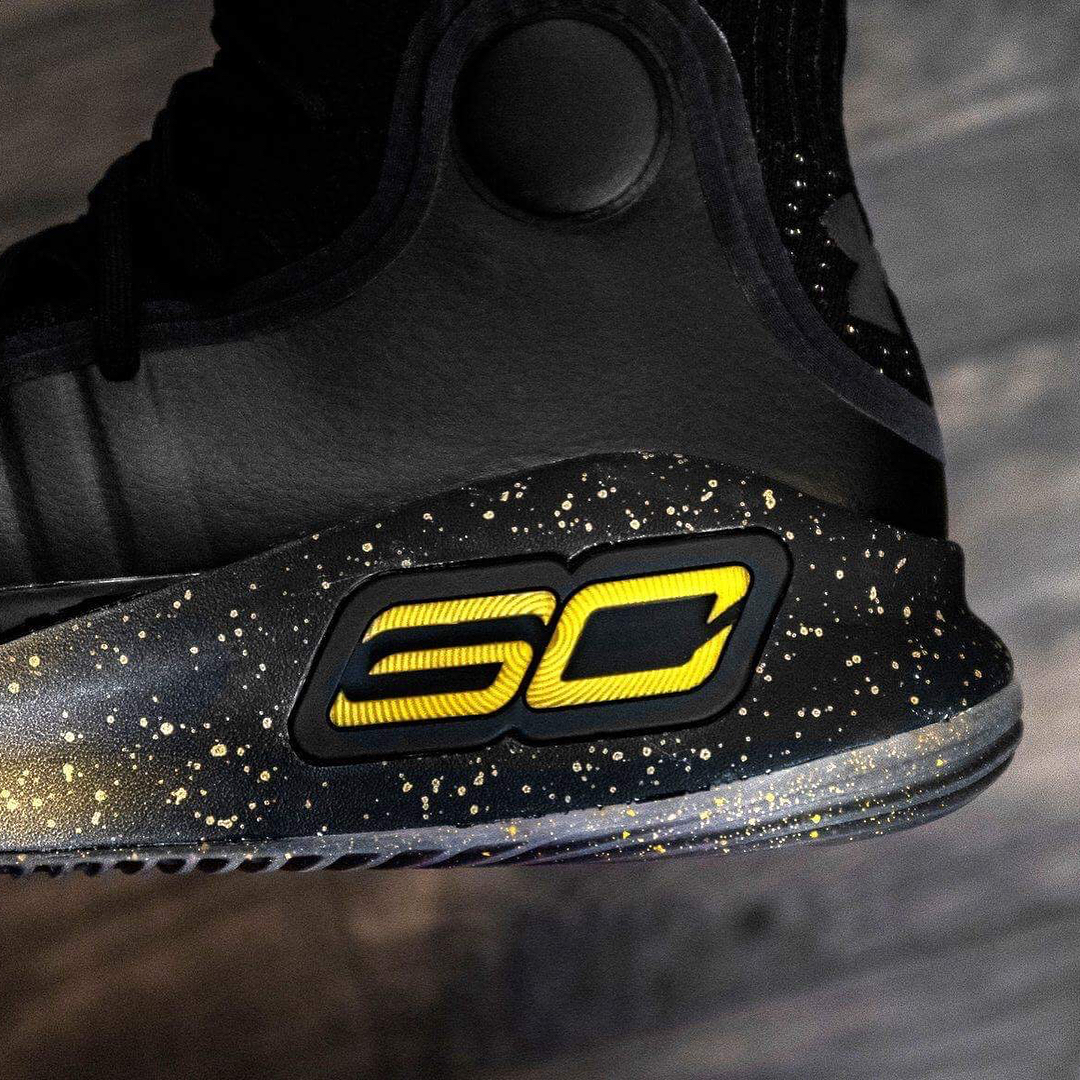 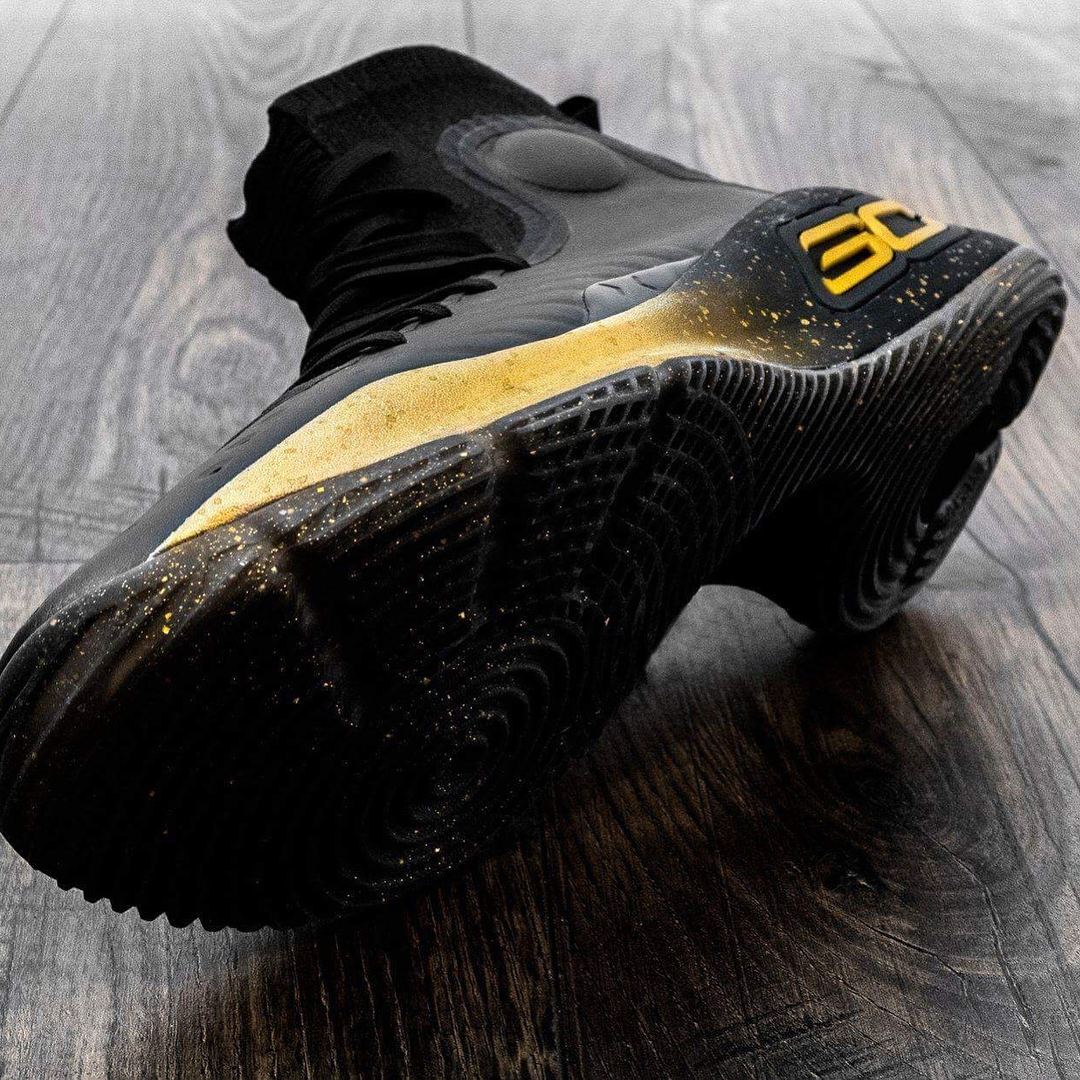