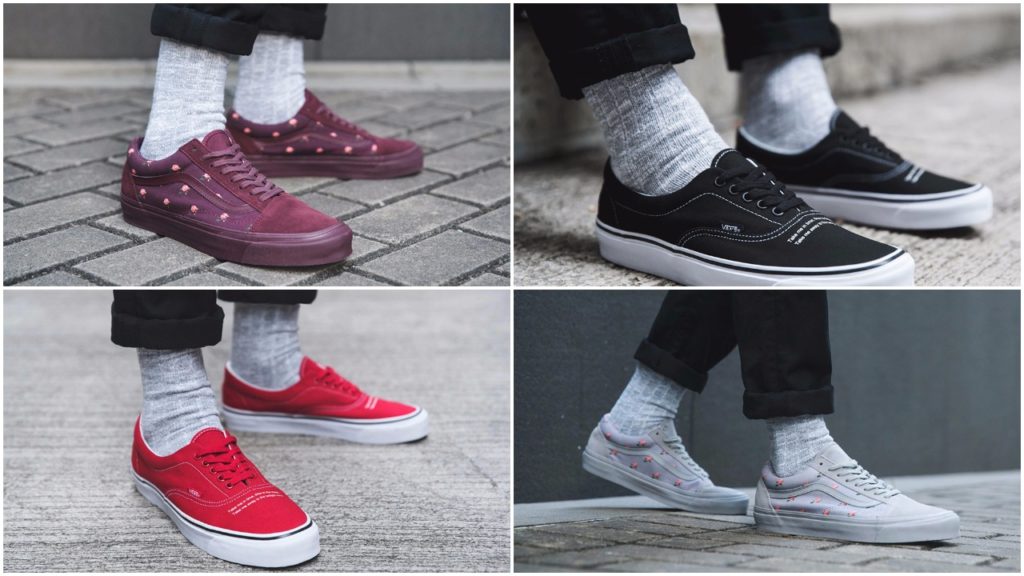 Japanese label  UnderCover has joined forces again with Vault By Vans to deliver another masterpiece- the UnderCover & Vault By Vans Pack. It will include a total of four separate pairs and is definitely a great pack to kick off the Spring season.

The first two shoes out of the pack will borrow the silhouette of the original Vans Old Skool LX model; one will come dressed in all grey and the other in bordeaux. Each of the models will feature a combination of canvas panels and hairy suede on the eyestay, heel and toe box. They will all be covered with an all over floral pattern and the customary Vans stripe can be spotted across the midfoot area. 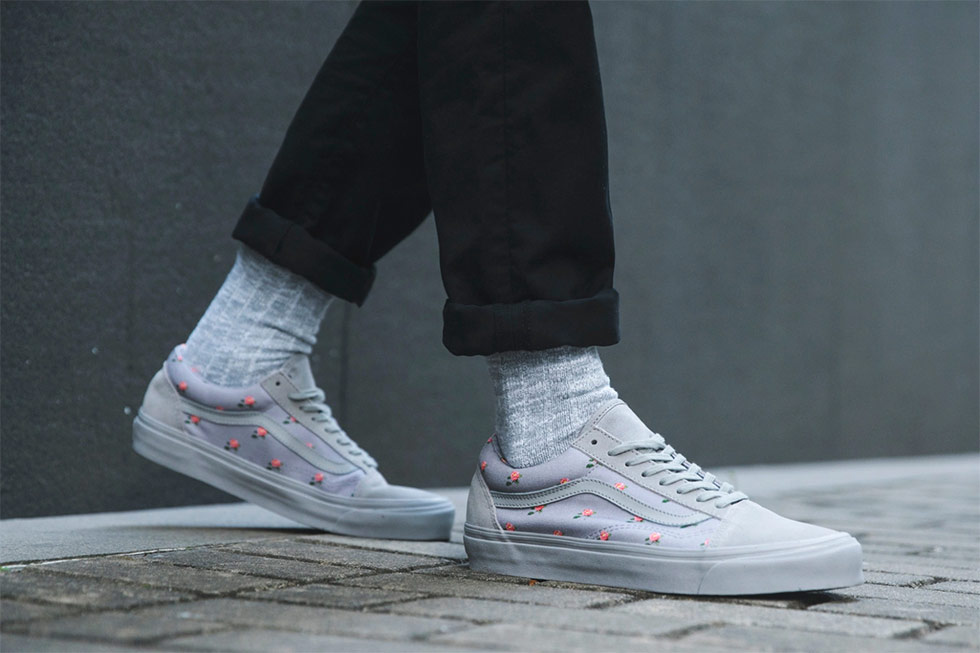 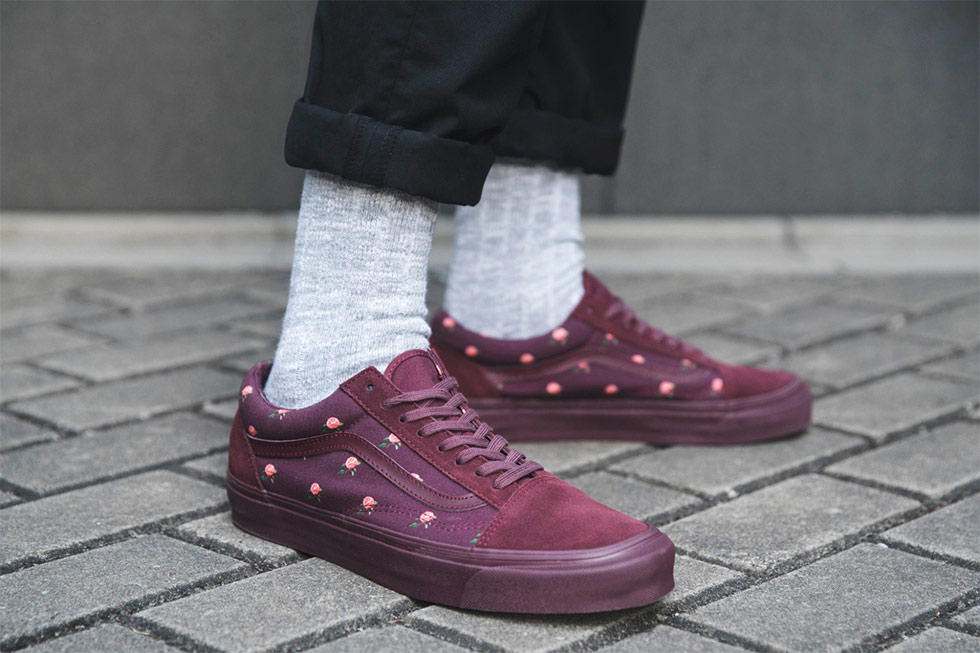 The next two models used the Vans OG Era LX profile and come in black/white and red/white. They will have a special message across the toe box  “Take me in time, time to the music, Take me away to the twilight zone,” in honor of the English rock band Temple’s 2014 single “Shelter Song.” Each of them has a canvas upper with a vans tab on the lateral side. 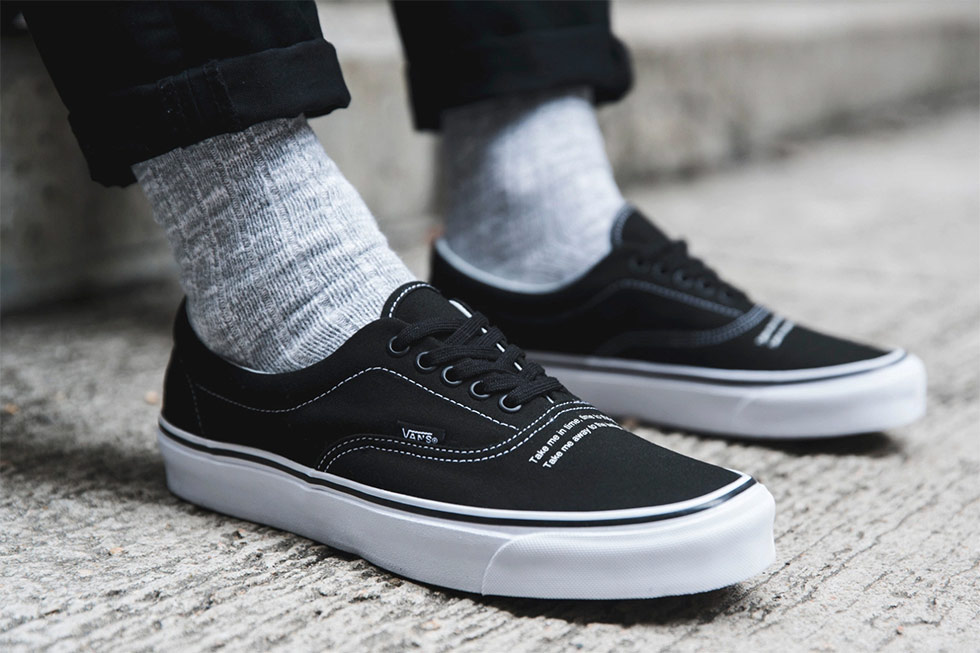 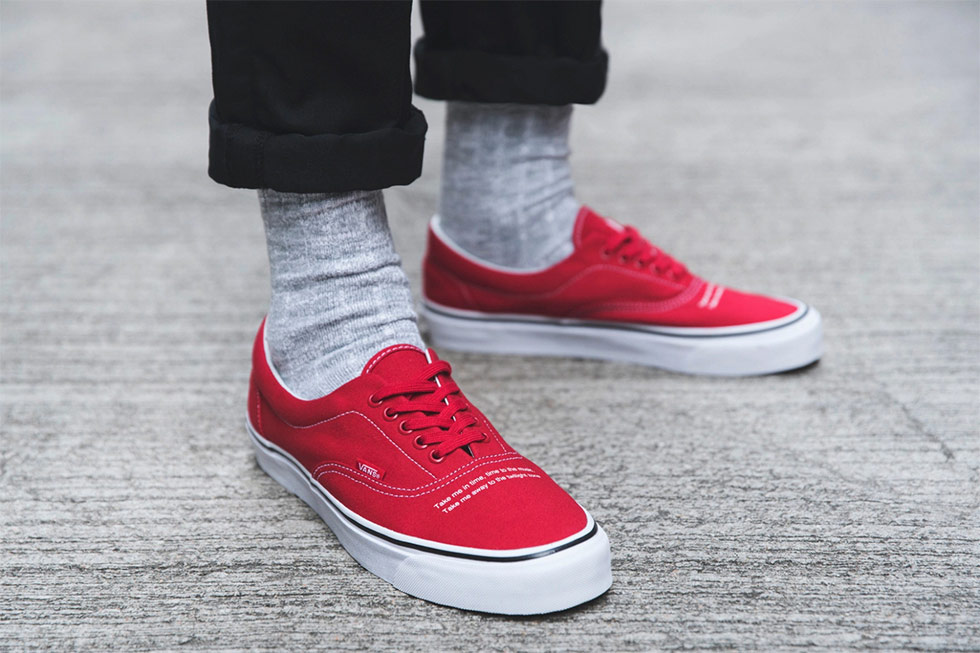 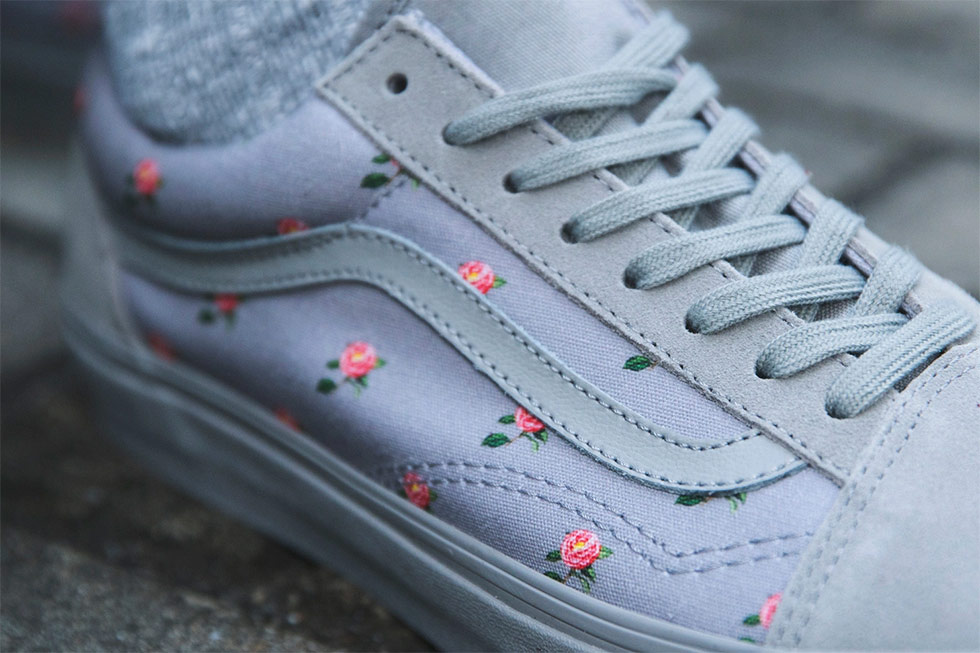 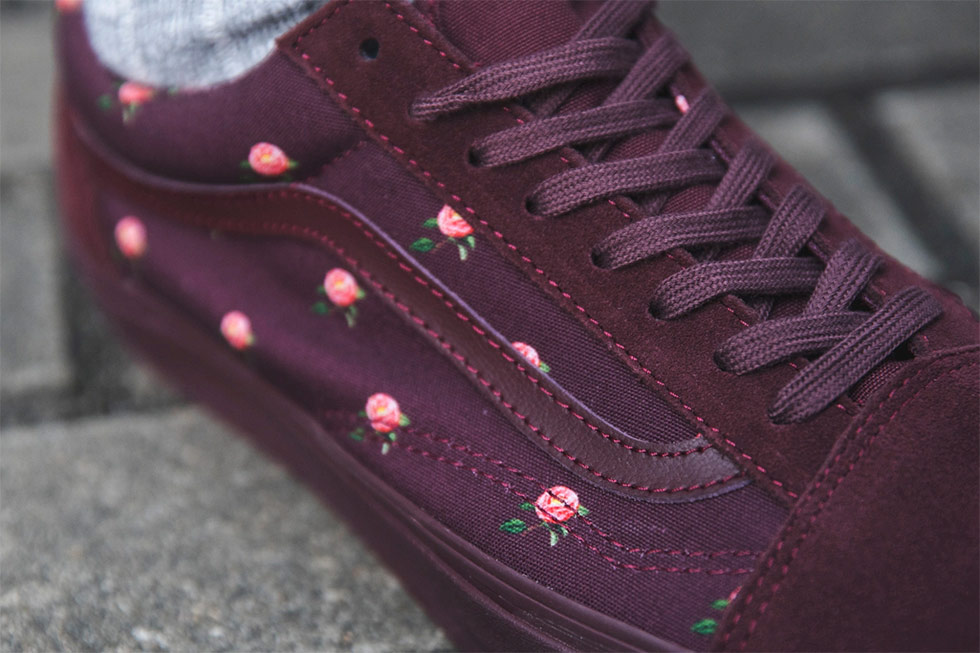 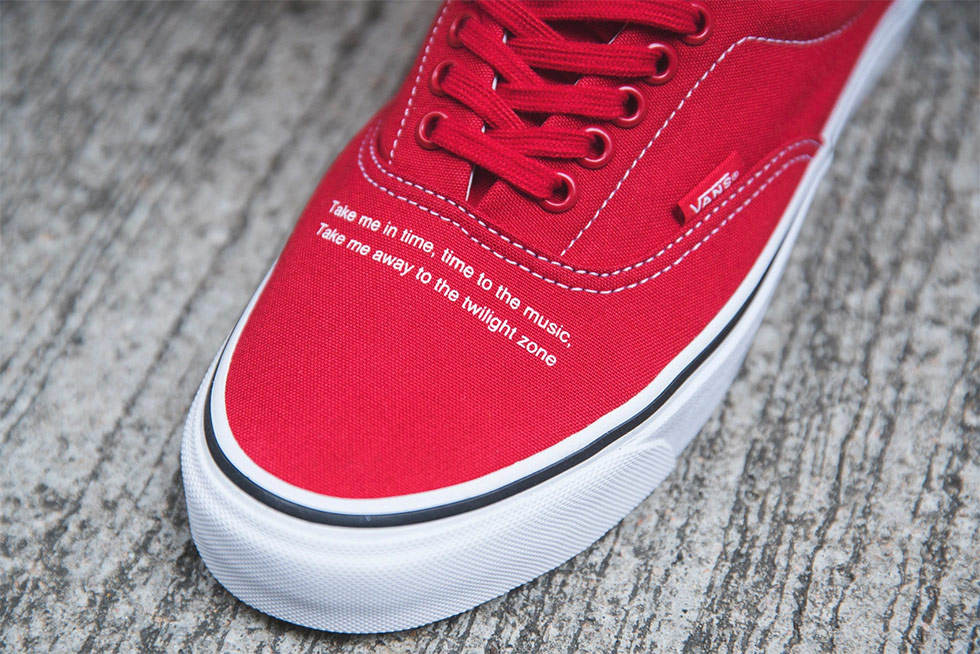