Skip to content
Latest News
Dicks Is Really About Their Name
Truth For Life E79 |What’s Your Response To The Discipline Of The Lord, Hebrews 12:12-17
Is Sneaker Reselling Dead? Part 1
Don’t Try To Resell The Pharrell Adidas NMD Hu Animal Print, Good News For Buyers
Quick Look At The Air Jordan 1 Low Cardinal Red + Buy It Now
Don’t Sleep On The Air Jordan 1 Mid Light Curry, A Must Have 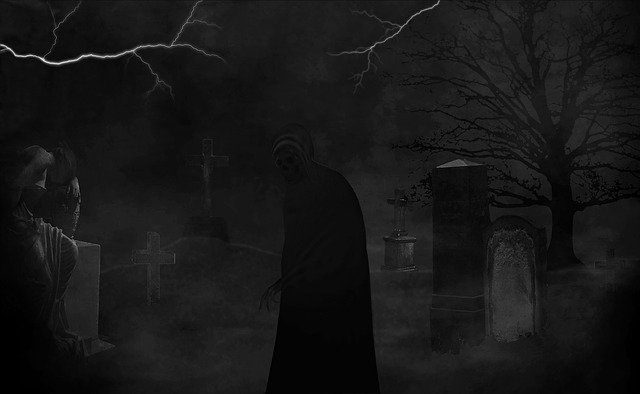 Unless you have a gloomy disposition, no one enjoys attending funerals. Only two funerals I’ve attended have left me with a cheerful attitude. One of them was my father-in- law’s, and while I was saddened by his departure, I was filled with hope because I knew where he was going. While death is not a topic that many people want to discuss, it is a reality that no one can avoid. Today I’d like to look at some of the major reasons why people are afraid of death.

The Fear Of Facing One’s Own Mortality

First and foremost, people do not want to confront their own mortality. There is only one certainty in life, and that is that you will die. We were born to die because the moment you enter this world, when you come out of your mother’s womb, the decaying process begins. This is why no one likes to talk about death; it makes them consider their mortality, that they will eventually return to dust. Just look around, Michael Jordan retired from basketball and will never play another NBA game again, and Bill Russell will most likely not live for another 20 years (and I’m not being morbid, I’m being honest). Recently, Saudi Arabia Committed to Invest $1 Billion a Year for Anti-Ageing Research and Finding Ways to Extend Lifespan. Why do you think that is? It’s because they are afraid of death.

I’m in my early 40s and I know that under normal circumstances, I may have 0 to 50 years to live (and I’m being very generous with myself). People are terrified of facing the prospect of their own mortality, so they despise all topics related to death. Now there’s another reason why no one wants to talk about death, and it ranks really high- the unknown.

The Fear Of The Unknown

Second, people dread death because they are terrified of what awaits them on the other side. There is no such thing as an honest or genuine atheist. In other words, everyone is aware of the reality of God’s absolute existence. You can call him a higher being, a higher power, or the universe, but that doesn’t change the fact that he exists and that we are all accountable to Him. The presence of a moral law implies the presence of a moral law giver. And by nature, we despise God because acknowledging His existence exposes us for the wretched people we are. Our fear of him is exacerbated by our fear of death. So instead of confronting this fear, we repress it by exchanging the glory of the existence of God for a lie. And we turn to worship all things but God. We indulge in false notions about creation and fancy all types of fairy tales  about the after life. This came to culmination with the ancient Egyptians. They were so terrified by mortality that they invented their own idea of the afterlife.

Death, for the Egyptians, was simply a transition to another stage of existence, not the end of life. The afterlife was a place where the soul could continue to enjoy all of the things it had enjoyed in life, such as food, drink, and company. They placed a high value on funerary rites and tomb construction to ensure that the deceased could enjoy these things in the afterlife. They believed that the body should be preserved as perfectly as possible so that the soul could return to a comfortable place. As a result, the Egyptians learned a great deal about embalming and mummification. They hoped that by taking such care with the dead, they would provide them with a safe passage into the afterlife.

While most people may scoff at the Egyptians view of the “life after death” , you aren’t too far from them. For some, life ends with death; for others, there are various afterlife machinations. However, one thing is certain: there is genuine fear of the unknown because no one has been able to provide a credible account of their life after death. Of course, several people have given personal testimonies about what they saw after they supposedly died, but this is all subjective. I guess I’m only exacerbating the situation because no one knows what happens when someone dies. Is that right or is there life after death?

Is there An Afterlife?

I previously stated that no ordinary man has been able to provide a credible account of their life after death, and I stand by that statement. However, only one man, known as the God-Man, has objective views on what comes after death. And this man is Jesus, God’s Son. I know what most non-Bible believers are thinking: what a waste of time. But hold your horses, I’m not going to just present my case without evidence. First, I must demonstrate that God exists and that He has revealed Himself in the person of Jesus Christ, which we refer to as the hypostatic union. For these proofs, I’ll invite you to read the articles below

Can we know with certainty that God is real?

How do we know that we’re serving the True God?

After you read both posts, continue on with the article. Now that you’re convinced about Jesus Christ, the God-Man, here’s what He had to say about what really happens when you breathe your last. There are only two options, and the first one applies to those who die in Christ.  In John 6:39-40, it is written,

In essence, Jesus declares that those who believe in Him (who put their trust in His work on the cross) will be raised from the dead even if they die physically. And He proved it by raising Himself from the dead. This is why the Gospel is referred to as good news, but good news about what. That leads me to the second option. Do you really know why you fear death? You fear death because, by nature, you are an object of God’s wrath, and if you die in sin, you will undoubtedly be damned forever, only to suffer God’s Eternal wrath. This is why you are terrified of death because you know deep down in your heart that you have broken God’s laws and cannot bear His wrath. So you hide, repress, and fancy all other alternatives but in the deep recesses of your heart, you’re terrified.

Now I only know of two kinds of people who don’t fear death , those who have received Jesus Christ not only as their Savior but their Lord, and those who have been given over to a debased mind. I hope you’re not part of the latter group. They do not fear death for the wrong reasons. They have been given over to a depraved mind, so they have lost all sensitivity to that which is righteous, and this is a dangerous place to be. That person has no fear of anything because God has given up on them. They may not fear death on this side of eternity, but they have no idea what awaits them once they take their last breath. I hope this isn’t you. My hope is that you belong to the group of people who have a covenantal relationship with God because of Jesus. If you’re in this group, esteem yourself blessed because you have passed from death unto life. And you have no need to dread mortality anymore.

If you are afraid of death, consider yourself blessed because God has still given you the opportunity to repent. But keep in mind that the clock is ticking.