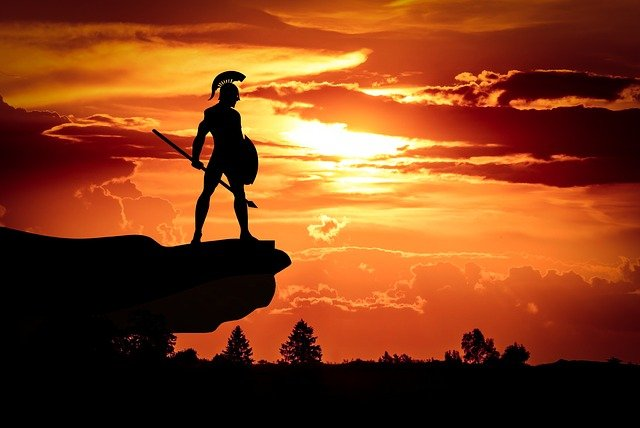 Welcome back to our study of the book of Hebrews, today we’ll be looking at Hebrews 12:12-17-What’s Your Response To the Discipline Of The Lord? In our last session, we talked about the necessity of being disciplined by God. In the case of the original readers of the letter, they were being tempted to go back to traditional Judaism to avoid the ongoing persecution against believers in Christ. the persecution was severe and long but as we saw in the letter, the Lord was using it to refine their faith. They were told about the example of Jesus, the author and perfecter of their faith and ours who endured persecution for the sake of our salvation and theirs. In these next verses, he is going to tell them about how to respond to God’s discipline by giving them some exhortations.

How Shall We Respond To God’s Discipline?

12 Therefore lift your drooping hands and strengthen your weak knees, 13 and make straight paths for your feet, so that what is lame may not be put out of joint but rather be healed. 14 Strive for peace with everyone, and for the holiness without which no one will see the Lord. 15 See to it that no one fails to obtain the grace of God; that no “root of bitterness” springs up and causes trouble, and by it many become defiled; 16 that no one is sexually immoral or unholy like Esau, who sold his birthright for a single meal. 17 For you know that afterward, when he desired to inherit the blessing, he was rejected, for he found no chance to repent, though he sought it with tears.

The author now exhorts and warns both his original readers and us. He is saying that because they understand the necessity of the Lord’s discipline (in their case, ongoing persecution), they should lift their drooping hands and strengthen their weak knees ( that is the first exhortation). He is making a point by using the physical body. Drooping hands and weak knees are symptoms of sagging, bending down due to physical weakness. And I’m sure the original readers understood the meaning of drooping hands and weak knees. He had already mentioned spiritual immaturity in previous chapters, and in chapter 12 he reminds them of the importance of spiritual maturity.

While drooping hands and weak knees can cause people to be lame and put out of joint, spiritual immaturity has far worse consequences. The writer is thus urging his readers to accept the discipline for the sake of spiritual maturity; he wanted them to become aware of what the Lord was doing in their lives. Extreme persecution and suffering are sometimes required to awaken our spiritual senses.

The writer then exhorts his readers to strive for peace with everyone, which does not require much explanation. The other exhortation is to strive for Holiness, which has an implication. Those who desire to be in God’s presence must prioritize personal holiness. It has implications not only for our lives now, but also for the future. Make no mistake, if you lack Holiness in your life, you may not be a child of God. This is why a man or woman should examine himself or herself to see if he or she is in the faith.

This is a warning to the readers and us today. They were facing persecution and some wanted to forsake their faith and go back to the old sacrificial system in order to avoid the suffering. We talked about the children of Israel in the wilderness and how some fail to enter the rest of God because of unbelief. Verse 15 is a reminder of that, the writer is calling his readers and us not to allow any root of bitterness to spring up and defile us. Long-suffering can cause anyone to become resentful and bitter. The antidote is to go back to the Lord and ask Him to expose whatever areas in our lives need correction. We can’t cure bitterness on our own, only the Spirit of God can do this. Sexual immorality will certainly lead anyone to miss the presence of God and Paul warns us explicitly about the dangers of sexual immorality in 1 Corinthians 6:17-19

(17 But he who is joined to the Lord becomes one spirit with him. 18 Flee from sexual immorality. Every other sin[a] a person commits is outside the body, but the sexually immoral person sins against his own body. 19 Or do you not know that your body is a temple of the Holy Spirit within you, whom you have from God? You are not your own,)

And then to make his point even clearer, he mentions Esau who is called unholy by the Holy Spirit ( He is the one who authored the book of Hebrews). We have to understand why the write mentions him. In Genesis 25:29-34, we are told about Esau’s birthright. He sold his birthright in one of the most contemptible manners ever ( it is recorded in verses 31-32)

He didn’t care about what that represented because he was more concerned about preserving his flesh, satisfying his own sinful nature. So he gave up his birthright in an irreverent manner. We have to understand how important that was. He as the firstborn was supposed to inherit all his Father’s possessions as given in Deuteronomy 21:15-17,

The firstborn right was a big deal but Esau had no regard for it and gave up his father’s inheritance for a single meal that could only satisfy him momentarily. We have to remember why the writer is mentioning Esau’s example. He has a purpose for doing that.

Verses 16-17 that no one is sexually immoral or unholy like Esau, who sold his birthright for a single meal. For you know that afterward, when he desired to inherit the blessing, he was rejected, for he found no chance to repent, though he sought it with tears.

He is essentially saying to his readers to consider what is at stake. Jesus promises his followers eternal life. The original readers were being tempted to go back to the old practices in order to avoid the persecution. Which means they could be safe temporarily but what good is it to gain the world and forfeit your soul. I believe the writer mentions Esau to teach them and us a valuable lesson about what truly matters in life. Esau didn’t care about his inheritance and forfeited it, in the same way those who neglect the great salvation Jesus wrought for the sake of the temporary pleasures of this life will forfeit their soul in the kingdom of God to come. And the worse part is that Esau later on tried to inherit the blessing but he was rejected. And the Scripture tells us that He hound no room to repent. Even though he sought the inheritance with tears, he never repented of his sin of rejecting it . He was only interested in what he had lost but never repented for his initial actions. In the same way, the writer is warning his readers and us so that we don’t suffer the same fate. Clearly the Scripture says that today if you hear His voice, do not harden your hearts. If the Spirit of God is tugging at your heart right now then do not harden your hearts.