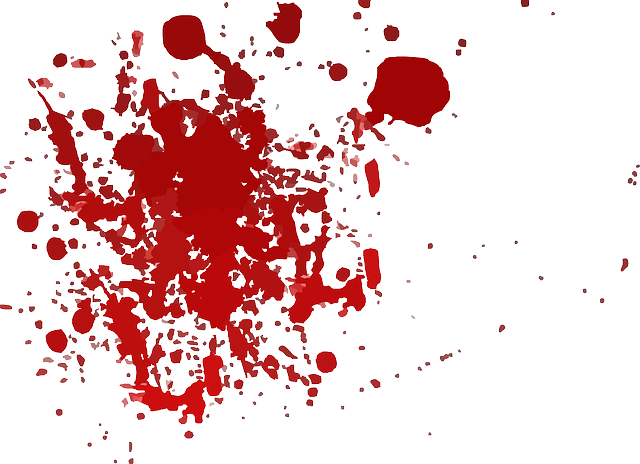 Welcome back to our study of the book of Hebrews, today we’ll be looking at Hebrews 10:1-10. The writer continues to show the weakness of the old covenant and its ultimate end. Last week, we talked about the worth of the blood of Christ, and the fact that only His blood has the capacity to take away sin. In the first ten verses of chapter 10, the writer is going to show that Scripture itself proves that only Christ’s blood can really take away sin.

The Blood Of Christ Only Takes Away Sin

10 For since the law has but a shadow of the good things to come instead of the true form of these realities, it can never, by the same sacrifices that are continually offered every year, make perfect those who draw near. 2 Otherwise, would they not have ceased to be offered, since the worshipers, having once been cleansed, would no longer have any consciousness of sins? 3 But in these sacrifices there is a reminder of sins every year. 4 For it is impossible for the blood of bulls and goats to take away sins.

5 Consequently, when Christ[a] came into the world, he said,

“Sacrifices and offerings you have not desired,
but a body have you prepared for me;
6 in burnt offerings and sin offerings
you have taken no pleasure.
7 Then I said, ‘Behold, I have come to do your will, O God,
as it is written of me in the scroll of the book.’”

8 When he said above, “You have neither desired nor taken pleasure in sacrifices and offerings and burnt offerings and sin offerings” (these are offered according to the law), 9 then he added, “Behold, I have come to do your will.” He does away with the first in order to establish the second. 10 And by that will we have been sanctified through the offering of the body of Jesus Christ once for all.

We live in a society that has been desensitized to the effect of sin. The sinfulness of sin is no longer mentioned even in churches. The wrath of God is seldom preached, and the Gospel has been stripped of many aspects of its content. Preachers spend a lot of time boosting up their congregation’s self- esteem instead of preaching the word of God. And the result is disastrous, people no longer feel the guilt of their sin. And even when they feel the guilt, it is seldom attributed to Sin in their lives. Well that wasn’t the case with king David and the Jewish believers the writer was addressing. Let us go to Psalm 51. What can we gather from David’s prayer in this psalm? Because of his sin, he was miserable  ( he mentions his bones being crushed, and his joy being gone). He no longer experienced the intimacy of God and his conscience was stricken with guilt. David himself recognizes that his depression was a direct result of his guilty conscience because of the sin he had committed. Why am I mentioning all of this? How does it pertain to verses 1-4? The writer has been showing the weakness of the old covenant. One of the main elements of the old covenant was the sacrificial system instituted to make the worshippers externally or ceremonially clean. We mentioned before that the blood of bulls and goats had no capacity to provide any moral purity to the worshippers because it couldn’t take away sin. And this portion of chapter 10 deals with this weakness. The old covenant and its laws and regulations were only a symbol of the true realities in heaven. Consequently, they couldn’t really deal with sin and its effect. The writer says that the sacrifices offered every year could not make the worshippers perfect, what does it mean?

Jesus said somewhere that unless our righteousness exceeded that of the Pharisees, we would not enter the kingdom of God. Standing in the presence of God requires a perfect righteousness, and the blood of bulls and goats could not accomplish that. How does the writer know that? If it could, then the sacrifices would’ve ceased to be offered and the worshippers having been cleansed would no longer have any consciousness of sins. See The blood of bulls and goats only gave them a temporary relief, they were declared ceremonially clean but the actual guilt of sins remained. Their conscience was still stricken even though externally they were clean. They still didn’t have a right standing before God because of the inefficacy of the blood of bulls and goats. I think we’ve done a poor job at preaching the gospel. People in those days understood the deadly consequences of sins, they didn’t take it lightly and they understood what that meant. It was probably terrifying for them to realize that in the eyes of God, they were still guilty. The sacrifices actually made it worse because it reminded them that their sins were piling up every year. So the day of atonement was actually a day they probably dreaded because all of it did was remind them of their sins.

Animal sacrifices could never completely deal with human guilt.  God did promise forgiveness to believing worshipers, but this was a judicial forgiveness and not the removal of guilt from their conscience. People still lacked the inward witness of full and final forgiveness. What really touched me when I read this section was the grace of God. God instituted this system to give them hope, so that they would look forward to Jesus. The system was meant to keep them from being hopeless but since the blood of bulls and calves couldn’t take away the guilt of sins, their conscience were still not clear. This really shows that something else had to be done, and the worshipers were supposed to look forward to the new covenant.

Basically, the writer attributes this Psalm to Jesus in his incarnation and rightfully so. God is the one who instituted all the sacrifices and offerings but they were only provisional, until the time of reformation.  Before we dive into this more extensively, we need to look at the variation between the writer’s quotation and verse 6 of Psalm 40. Some people connect “ you have opened my ear” with Exodus 21:1-6, a passage that describes the actions of a master whose servant did not want to be set free. The master bored a hole through the ear lobe of the servant, which was a sign that the servant preferred to remain with his master. The idea is that Jesus Christ our Lord was like a willing servant who had His ears bored. Opened ear could also signify a readiness to hear and obey the will of God. God gave His son a prepared body that the Son might serve God and fulfill His will on earth. ( John 4:34, John 5:30, John 6:38, John 17:4). It is the Holy Spirit who inspired Psalm 40 and has the right to amplify and interpret His Word in Hebrews 10. Hence opened ear indicates a body/person ready for service.

God is the one who instituted the old covenant and its sacrificial system. But HE wasn’t pleased with it not because it wasn’t good but because these sacrifices could not quite render the worshipper’s heart righteous, obedient. There was no power in them to achieve this end. This is why Jesus said in Sacrifices and offerings you found no pleasure. And as a result, Jesus offered Himself, “ I’ve come to do your will”. He came to fulfill that which we couldn’t do for ourselves. Ultimately we were saved by works, but not our works, but the works of Jesus. He is the one who did the will of God, that which pleased God. And He did it delightfully, willingly to the satisfaction of God. He established the new covenant under which mankind could now approach the throne of God. How do we know that God was pleased with Jesus’ work? His resurrection proved that God was pleased with Him, or He would have remained dead.  In doing so, He automatically took away the first covenant. To the readers, this meant- why go back to a system that is obsolete and can do nothing to away your sins? Read Isaiah 53

By this new covenant, the worshippers have now been set apart once and for all. In the old covenant, the sacrifices had to be offered repeatedly and all they did was declare the worshipper ceremonially clean for that day until the next one. But in the new covenant, the saint is set apart finally and completely. We are now vessels of God, to be used for His glory. We are declared just before Him, even though we may still experience the effects of the sinful nature ( guilt and shame), we are right before God, we have access because of the blood of Christ. The bloody mess had been stopped, the slaughter of animals had been done away with.