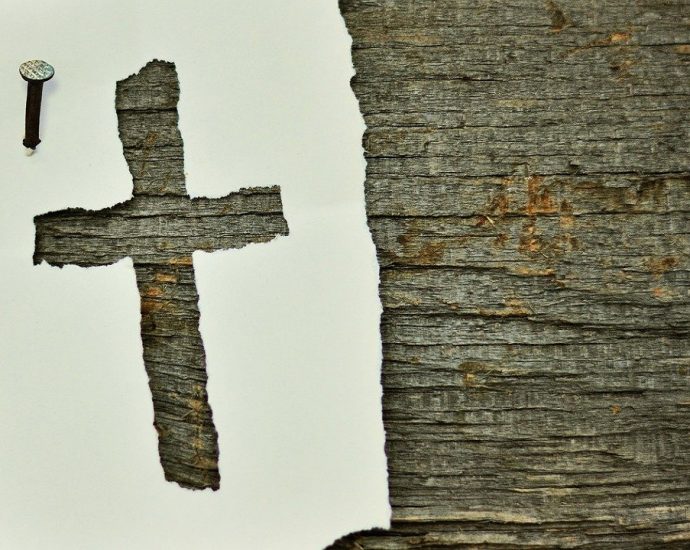 Welcome back to our study of the book of Hebrews, today we’ll begin Hebrews 8 and only zero in on verses 1 through 6-Jesus, the high priest of a better covenant built on better promises. Let’s quickly recall what we discussed last week. In the second part of chapter 7, we saw that Jesus was likened to Melchizedek, the High Priest of God introduced in Genesis 14 whose ministry was presented as being endless. God purposely introduced this mysterious figure in the OT to prepare His people for the coming of His Son whose priestly order was going to be after Melchizedek. We also saw that perfection, God’s work of salvation couldn’t be made complete under the Levitical priesthood because of the weakness of the law and the priests. Therefore the work of Jesus was essential and necessary for the completion of the redemptive purposes of God. Finally we saw that because His life is endless, Jesus has also replaced the Levites. And there are many other reasons why He is the perfect High Priest- He is sinless, unstained, separated from sinners, innocent and exalted above the heavens.

8 Now the point in what we are saying is this: we have such a high priest, one who is seated at the right hand of the throne of the Majesty in heaven, 2 a minister in the holy places, in the true tent[a] that the Lord set up, not man. 3 For every high priest is appointed to offer gifts and sacrifices; thus it is necessary for this priest also to have something to offer. 4 Now if he were on earth, he would not be a priest at all, since there are priests who offer gifts according to the law. 5 They serve a copy and shadow of the heavenly things. For when Moses was about to erect the tent, he was instructed by God, saying, “See that you make everything according to the pattern that was shown you on the mountain.” 6 But as it is, Christ[b] has obtained a ministry that is as much more excellent than the old as the covenant he mediates is better, since it is enacted on better promises.

The application of everything that has been said in chapter 7 comes in the first verses of chapter 8. The writer is saying that his reason for his earlier arguments is very clear- Jesus is seated at the right hand of the throne of the majesty in heaven ( not on earth), He ministers in the actual tabernacle of God in the heavenly places, the one built by God Himself, not an earthly one that has been defiled by the hands of man. He is basically exhorting his readers to completely turn away from the old system once and for all because it is obsolete, useless and can do absolutely nothing for them. This isn’t a theoretical thing, Jesus is really seated at the right hand of God. As we saw in chapter 1, after making purification for sins, God glorified His humanity and seated Him at His right hand where He ministers and intercedes for mankind. In our finite and corrupted minds, it is hard for us ( at least I speak for myself) to wrap my head around this Truth. Do I really believe that this is the reality that we have in Jesus, the High Priest after the order of Melchizedek ? If I believe it, do I live in the reality of this Truth?

We have to recall the background to this letter and do our best to follow the writer’s argument. He was addressing people who were being persecuted because of their belief in Jesus. They were being tempted to go back to the old system to avoid the persecution. So he writes this letter to prove to them that the old system is over with. He has just presented in chapter 7 that Jesus has replaced the old system because He is a high priest after the order of Melchizedek. But for his readers, this may just sound as something theoretical. The Levites had an actual earthly tabernacle where people could go in times of need. It was a physical place they could see and experience. The writer is anticipating that his readers might be wrestling with the location of Jesus’ tabernacle since HE is the new High Priest. He has just mentioned in verses 1-2 that Jesus ministers in the real, heavenly tabernacle, and he is going to develop his point in verses 3-5 to reassure his readers. The Levites as we saw in chapter 5 were appointed for the following purpose, let’s recall Hebrews 5: 1-3. And since this is the case with the Levites, Jesus also had to certainly offer something somewhere, and what HE offered was His life and where HE offered it, was in the tabernacle of God, erected in the heavenly places. We sing worthy is the lamb that was slain for us. He offered Himself once and for all and completed the work of God. And we saw that His resurrection proved that God was pleased with what He offered ( Romans 1:1-3). That is one point. The writer knows that his readers want to inquire about Jesus’ tabernacle and he takes on this question in verses 4 to 5.

Jesus’ tabernacle couldn’t be an earthly one since He wasn’t of the tribe of Levi but Judah. It would’ve been impossible for His tabernacle to be on our side of eternity, that is planet earth. So His tabernacle wasn’t an earthly one but a heavenly one, which is far superior. The writer also gives the reasons for the earthly tabernacle. He shows that the Levites and their tabernacles were actually appointed by God to point to Jesus. They were a replica version of the heavenly tabernacle. They were supposed to serve as an image of the real thing, but people got caught up with the replica instead of looking forward to the real. The writer proves his point by disclosing a conversation between Moses and God that seals his argument. In Exodus 25 when God gave Moses instructions on how to build the tabernacle, we read the following in verse 40: And see that you make them after the pattern for them, which is being shown you on the mountain.

Jesus’ ministry as we saw in the earlier chapters is superior to that of the Levites because it rests on a covenant with  better promises. Moses was the mediator of the old covenant, he received the law. But unfortunately that law could not impart life for it made nothing perfect. On the contrary, sin took advantage of the law by deceiving us and working in us all manners of evil.  Let’s go Romans 7:7-14. We see from those verses that the law was powerless to save us. Moreover, the priests that were supposed to be intercessors between mankind and God were also weakened by their sinful nature. And under the old system, sins could not be washed away, people were only declared ceremonially clean. So the old system was utterly weak. But Jesus is the founder of our salvation, the pioneer of a new way that rests on better promises through which we are invited as given in Hebrews 4:14-16 to come boldly to the throne of grace. For we have a high Priest who has passed through the heavens. The writer is now progressing in his argument to show that the old covenant was indeed only established as a temporary one because of its weakness. He is also going to enumerate the better clauses of the new covenant that God promised to establish.