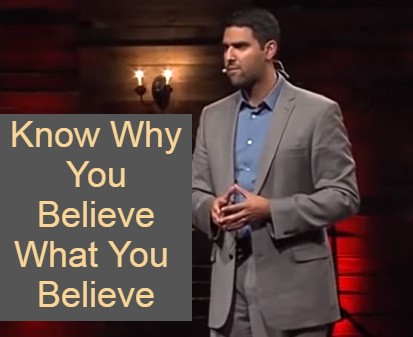 I was watching some of the young men in my neighborhood play basketball a few days ago, and I happened to start a conversation with one them named Mohamed aka” Mo”. I can’t even recall what started our dialogue about the things of God but he clearly told me that I was a polytheist when I professed my belief in the Triune God. I used the illustration of the equilateral triangle in an attempt to explain the trinity to him but it was like talking to a brick wall. I proceeded to ask him  how Muslims receive atonement for their sins, to which he answered: ” by asking God for forgiveness”. I don’t want to get into all the details about our conversation but his last words were: ” I know someone who I can lead you to that will make you change your views on Jesus”. Obviously Mohamed wasn’t very knowledgeable about his belief system. I’m afraid many believers in Christ fall in the same category and that’s because we find no value in investing in knowing God in a deeper way. The apostle Peter said in 1 Peter 3:15

But in your hearts revere Christ as Lord. Always be prepared to give an answer to everyone who asks you to give the reason for the hope that you have. But do this with gentleness and respect,

In the  video below, the late Dr. Nabeel Qureshi is joined by Lee Strobel and Mark Mittelberg (and by Ravi Zacharias and David Wood via recordings), as he shares his testimony about leaving Islam and coming to Christ.