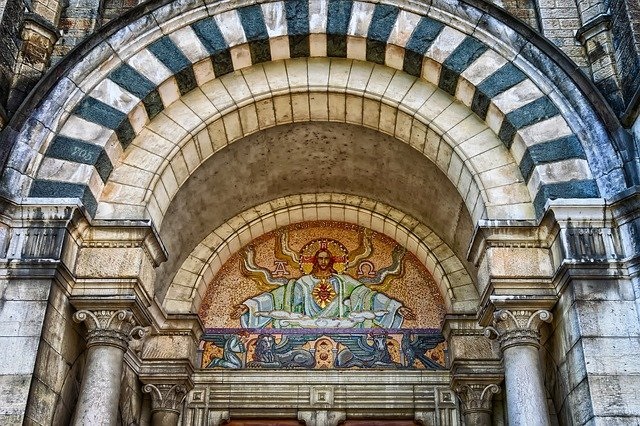 Today we’ll turn our attention to Hebrews 5: 1, and 4 to 6. Those verses teach us how Jesus ordination is superior to Aaron’s; we’ll discover the reasons for it as we dive into the passage. But before we start, I’ll give you a quick synopsis of what we talked about last week. Chapter 4 dealt mostly with the rest of God and its meaning. Resting in God is basically receiving humbly His offer of Salvation and continuing to surrender our will to Him. The rested person as we saw is the person who has ceased to do his/her own thing and fully relies on God’s daily bread for sustenance. When I say daily bread, I’m not referring to food primarily, but it’s an active surrender of our plans and our entire lives to God. After mentioning the rest of God, the writer went back to his original point in chapter 3 in which he invited his readers to consider Jesus, the great High Priest of our confession. He ends chapter 4 by exhorting his readers to come and lay their burdens on Jesus because not only has He passed through the heavens but He also sympathizes with their weaknesses because He understands the human experience since he took upon a human nature.

How Is Jesus Ordination Superior To Aaron’s

For every high priest chosen from among men is appointed to act on behalf of men in relation to God, to offer gifts and sacrifices for sins.

4 And no one takes this honor for himself, but only when called by God, just as Aaron was.

5 So also Christ did not exalt himself to be made a high priest, but was appointed by him who said to him,

“You are my Son,
today I have begotten you”;

6 as he says also in another place,

“You are a priest forever,
after the order of Melchizedek.”

For believers today, it’s easy for us to dismiss the function of the High Priest because we don’t truly understand what that meant for Jewish believers. The high priest served as a connection between the people and God. Jesus isn’t just a high priest but a great high priest. We’ve already established that through the writer’s words in chapter 4,v 14-16. First , the high priest was taken from among men and there is a reason for it, so that he could relate to them, he could identify with their weaknesses. We talked about the fact that since angels are spirits , they can’t understand the human experience. This is why Jesus took upon a human nature. The high priest’s function is to represent mankind and intercedes for them before God. He is established to offer gifts and sacrifices for the sins of the people. To look at one of the main functions of the high priest , let’s go to Leviticus 16.

The second thing that we need to also understand is that high priests were called and appointed by God Himself. No one could assume the role of a high priest on their own. And individuals in the Old Testament that tried to do that were severely chastised and in some occasions executed by God. King Saul was deposed by God from being King because He offered burnt sacrifices, which wasn’t lawful for him to do ( it’s recorded for us in 1 Samuel 13). During Korah’s rebellion, he enticed some of his fellows to follow him by trying to be priests and they were killed by God when the earth swallowed them up( Numbers 16). Another king, Uzziah forced himself into the temple  to burn incense and was struck with leprosy by God ( 2 Chronicles 26:16-21). I’m mentioning these instances because the office of a priest was a serious matter. It was sacred and priests as we said earlier were only appointed by God. And their main role was to intercede for the people in their relation to God, offering gifts and sacrifices for sins as we saw in Leviticus 16. God created the office of the priest to show His grace to His people, He made provisions for them so that they could have an ongoing relationship with HIM.

In verse 5, the writer quotes Psalm 2:7 which coincides with the glory Jesus received in His humanity after His resurrection. The begetting coincides with the resurrection and it proves that Jesus is indeed the Son of God, of the same essence as God, this is one of the criteria that qualifies Him as a great High Priest. God has given Jesus the title Lord.  But the writer brings this to the argument to show that in His resurrection, Jesus has passed through the heavens as we saw in the previous chapter, in order to now make intercessions before God on behalf of men. He has been glorified in His humanity and as a result He now sits at the right hand of the father to make intercessions for those He calls brothers and sisters. When Aaron was ordained, he offered the sacrifices of animals but for Jesus to become a high priest for us, Jesus offered the sacrifice of Himself. And consequently God was so pleased with Him that He rose Him from the dead.

And then we read another title that He received from God the Father , He has been declared a High priest in the order of Melchizedek. We need to know who this person is. But before we do that, let’s go to Psalm 110:1-4 .He is mentioned in the OT. First Melchizedek means king of peace and king of righteousness. Now let’s go to Genesis 14:17-24 and read about Melchizedek

The Old Testament priests couldn’t minister forever because their ministry was cut short by death. Jesus also could never have served as a priest when HE was on earth because he didn’t belong to the tribe of Levi. He was of the seed of David. Melchizedek pictures Jesus as a heavenly priest, whose ministry was endless for his life couldn’t get interrupted by death. He ministers forever in the heavenly places.