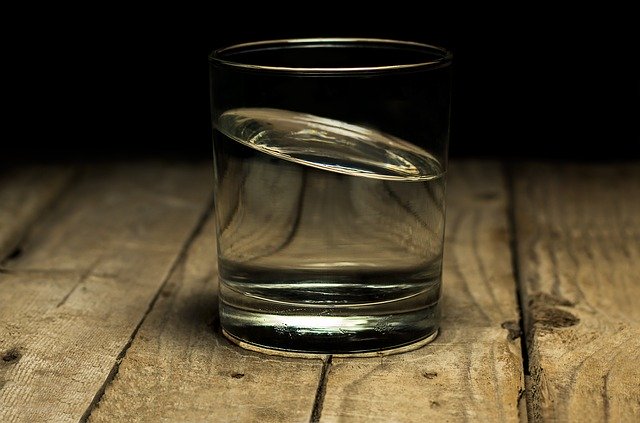 Several things occurred over the past 48 hours  and they  have led me to write this short post. Kenny Smith of TNT walked off the set in protest of the shooting of Jacob Blake, another black man who was shot 7 times by a white police officer. The NBA players didn’t want to continue the playoffs in protest of the same cause. Then earlier on LinkedIn today I read a post from an  individual ( who is confused about her sexual identity) complaining about the trauma that Jacob Blake’s kids are going to suffer as a result of watching the white police officer unload his gun on their father. I’m not going to address the circumstances of this  unfortunate event because it’s really unfortunate. Shall I be outraged at what happened to this young black man in front of his children at the hands of that white police officer? Here is my answer to that, it is true that some white police officers with racist mindsets have used and abused their power to brutalize and murder minorities. And that is a grievous  evil in the sight of God and man. Those folks are going to be judged not only in this world but also in the world  to come if they don’t repent because God is impartial and He is no respecter of any man. What I’m going to address in this post  is the sudden rise of false heroes and their skewed righteousness. If you’re a true believer in Christ and have been caught up and fired up about the social justice frenzy, I want you to put your thinking caps on. I’m going to be showing you some scenarios that I want you to process by coming under the light of the Truth that is found in Sacred Scripture.

Now let’s talk about traumatized kids. Consider children growing in a family where they can’t make the distinction between both parents ( since both parents are of the same sex); what kind of trauma do you think these kids are subjected to on a daily basis? Imagine these kids watch two men or women kiss in front of them? Imagine not knowing who to call Dad or Mom?  Have you even thought about the trauma of enduring and living  in a very dysfunctional household all these years? Do you know the kind of toll it has on them?

What about black on black crimes? Do you think the parents of the victims feel better because their deceased child was murdered by another black man and not a white police officer?

What I’m trying to show you here is that this is a double edged sword. The same folks who are displaying their indignation against a specific injustice are ignoring other injustices because they themselves are part of the problem. Basically it comes down to the same point I made before in a previous post. As long as God’s righteousness isn’t the standard , no one , I said no one has the right to complain. And in a society where everyone is right in their own eyes , truths are established by referendum , the majority wins , or the one with the loudest voice wins.

Right now, the loudest voice is the black lives matter movement, they have given birth to false heroes with distorted truths that appear right because they contain half truths. The author and father of  half truths is Satan himself and I’m afraid even believers have been enticed by these pseudo truths that have infected our world. I hope you’re hearing me, listen to what Scripture says in Romans 1:18-19

For the wrath of God is revealed from heaven against all ungodliness and unrighteousness of men, who by their unrighteousness suppress the truth. 19 For what can be known about God is plain to them, because God has shown it to them

Did you catch what the Scripture is saying in the verse above- God’s unbridled anger is unleashed against ALL unrighteousness, not some unrighteousness. And God’s wrath is kindled against ALL unrighteousness because mankind suppresses the Truth about God. What Truth? The Truth about His objective existence and His righteous decrees. This is what the Church of Christ needs to be preaching, we aren’t called to jump on the “social justice” bandwagon but we have been set apart by God to warn all mankind about His impending judgement, call them to repentance in order that they might receive the salvation that is found in Christ Jesus alone. Let me give you the remaining portion of Romans 1 to show you what infuriates God

For his invisible attributes, namely, his eternal power and divine nature, have been clearly perceived, ever since the creation of the world,[g] in the things that have been made. So they are without excuse. 21 For although they knew God, they did not honor him as God or give thanks to him, but they became futile in their thinking, and their foolish hearts were darkened. 22 Claiming to be wise, they became fools, 23 and exchanged the glory of the immortal God for images resembling mortal man and birds and animals and creeping things.

24 Therefore God gave them up in the lusts of their hearts to impurity, to the dishonoring of their bodies among themselves, 25 because they exchanged the truth about God for a lie and worshiped and served the creature rather than the Creator, who is blessed forever! Amen.

26 For this reason God gave them up to dishonorable passions. For their women exchanged natural relations for those that are contrary to nature; 27 and the men likewise gave up natural relations with women and were consumed with passion for one another, men committing shameless acts with men and receiving in themselves the due penalty for their error.

28 And since they did not see fit to acknowledge God, God gave them up to a debased mind to do what ought not to be done. 29 They were filled with all manner of unrighteousness, evil, covetousness, malice. They are full of envy, murder, strife, deceit, maliciousness. They are gossips, 30 slanderers, haters of God, insolent, haughty, boastful, inventors of evil, disobedient to parents, 31 foolish, faithless, heartless, ruthless. 32 Though they know God’s righteous decree that those who practice such things deserve to die, they not only do them but give approval to those who practice them.

I’m also going to give you a list of  deeds of the flesh ( sinful nature ) that are unrighteous before the Lord, Galatians 5:20-21

So before you call out somebody else, make sure you have taken care of the plank in your own eye. I’m not telling you anything I’m not doing on my end; Paul calls us in 2 Corinthians 10:5 to submit ourselves to the  Holy Spirit scrutiny in order that HE might do away with all the errors in our minds and purify our hearts.

The only remedy to resist the temptation to fall into the trap of “skewed righteousness” is knowing the word of God, it’s imperative that we filter everything in light of the absolute objective Truth found in the word of God or we’ll capitulate and give in to the pressure of the loudest voice in the room