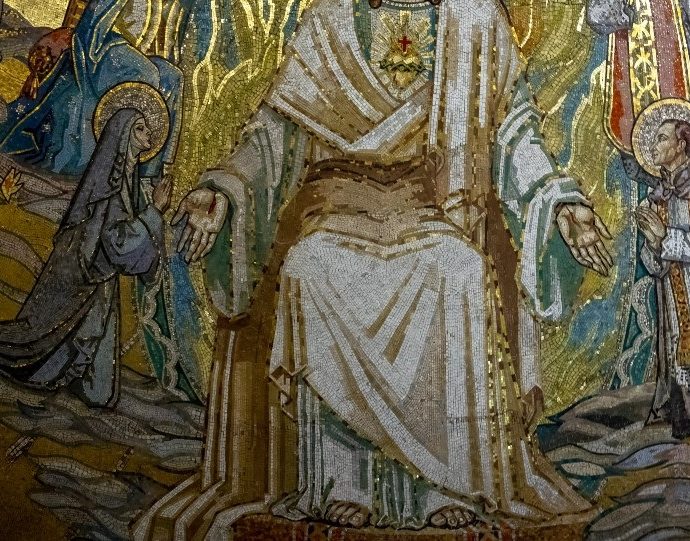 Welcome back to our study of the book of Hebrews. We are still in Hebrews  1; for the past couple of weeks, we’ve established that after God used the prophets to talk to His people, in the last days He spoke through His Son, Jesus Christ. We talked about the meaning of the word Son. We agreed that Jesus being the Son of God means that He is of the same substance as God, in other words He is God. We then concluded that verses 1 through 3 mainly focused on proving that Jesus was superior to the prophets. And we also looked at verses 4 through 9 in which the writer showed that Jesus is also superior to the angels. Now we’re going to finish chapter 1 by turning our attention to verses 10-14 in which the author gives us more scriptures to prove that Jesus is far greater than the angels.

Jesus Is Greater Than The Angels Part 2

“You, Lord, laid the foundation of the earth in the beginning,
and the heavens are the work of your hands;
11 they will perish, but you remain;
they will all wear out like a garment,
12 like a robe you will roll them up,
like a garment they will be changed.[a]
But you are the same,
and your years will have no end.”

13 And to which of the angels has he ever said,

“Sit at my right hand
until I make your enemies a footstool for your feet”?

14 Are they not all ministering spirits sent out to serve for the sake of those who are to inherit salvation?

The writer is quotes Psalm 102:25-27 and once again  applies these verses to the person of Jesus Christ to prove His supremacy over the angels. Jesus created the angels as written in Colossians 1:15-19. The angels are categorized as matter and not consubstantial with Jesus and the Father. John 1:1-3

Verse 12 adds more weight to the argument .Everything in the created order is in a state of flux. We all change, you aren’t the same person you were a second ago, the fact that everything in the universe changes proves that anything that is part of the universe was created. But for God to be God He must be eternal , immutable because mutability proves that that which is mutable has a beginning. But Jesus, according to psalm 102 :25-27 doesn’t change touching His divine nature , so He is God. The author knew that these verses applied to Jesus because the resurrection authenticated Him – it proved that He was the Son of God. Not only that but His earthly ministry was filled with occasions that demonstrated His deity ( walking on water , calming the wind , raising of the dead, casting out of demons ) his birth , prophesied about in the book of Isaiah  ( Isaiah 7:14)

The author is demonstrating that Jesus Christ is God in the flesh. For all eternity , Jesus had already existed , and when the word became flesh , the triune God added the human nature to the divine nature, and Jesus , the word of God appeared in history through the virgin birth with the sole purpose of atoning for the sins of the world.

We already mentioned that these verses are dynamite. It ends all debates and point to the Son of David as also being the son of God. Jesus Himself quotes this verse to His adversaries who had no answer for Him in Luke 20:20-45.