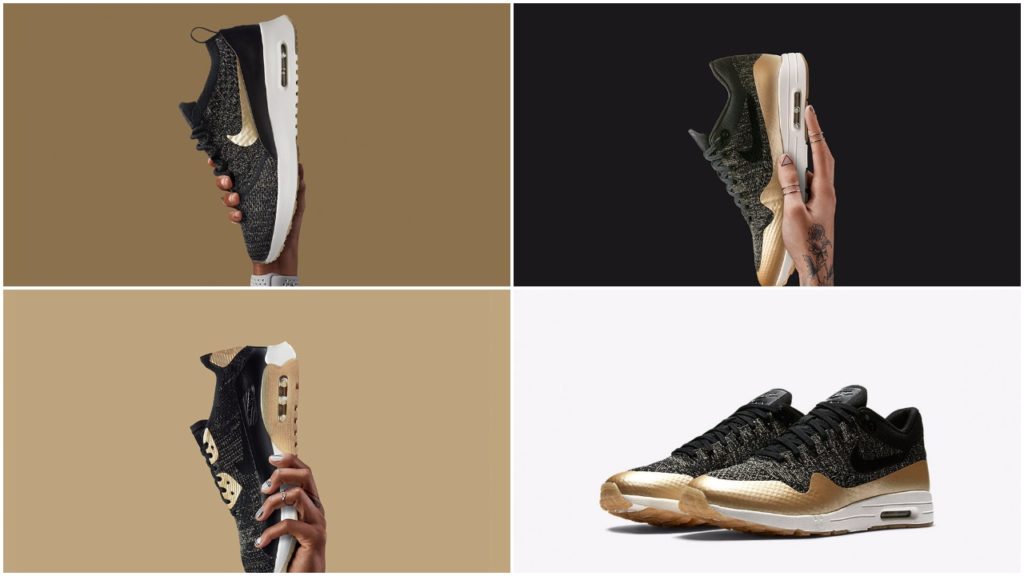 Nike is definitely going all out to celebrate the 30th anniversary of the Air Max collection. The AM90 pack released earlier this week in six separate colorways, but Nike is yet to be done; coming out on March 8 is the Nike Air Max Flyknit Metallic Pack in three different models. 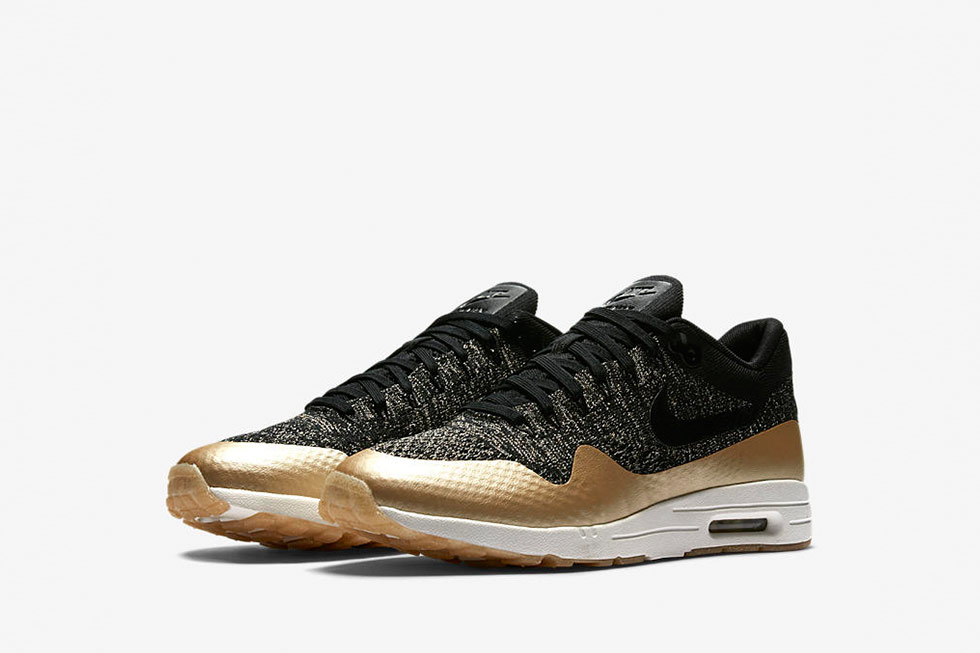 The shoes will feature a black and white upper with metallic gold overlays contouring the mudguard. Flyknit and hyperfuse materials will cover most of the uppers; Nike logos will appear on the side & heel panels as well as the outside of the tongue. The shoes are completed by a phylon midsole housing air chambers for maximum cushioning. 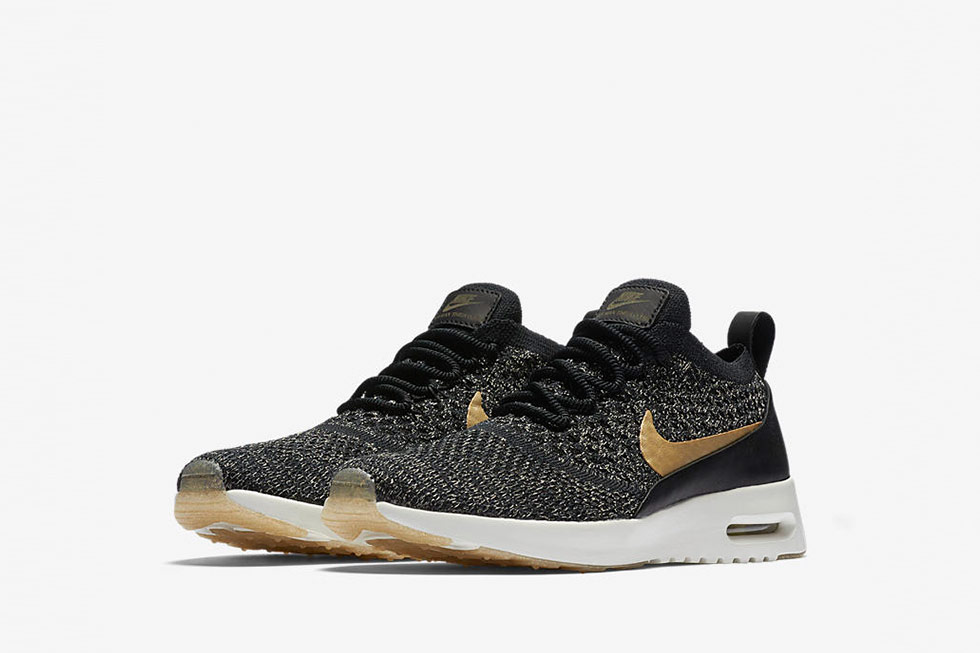 The shoes were inspired by the greek mythology word “Theia” which means “goddess or divine” and were originally built with a combination of  textile, synthetic leather and mesh. This model features a black and white flyknit upper with leather heel overlays. A metallic gold Nike swoosh logo will occupy both lateral and medial sides and more Nike branding can be seen on the back of the shoes. They are well ventilated and are equipped with visible air units at the heel. 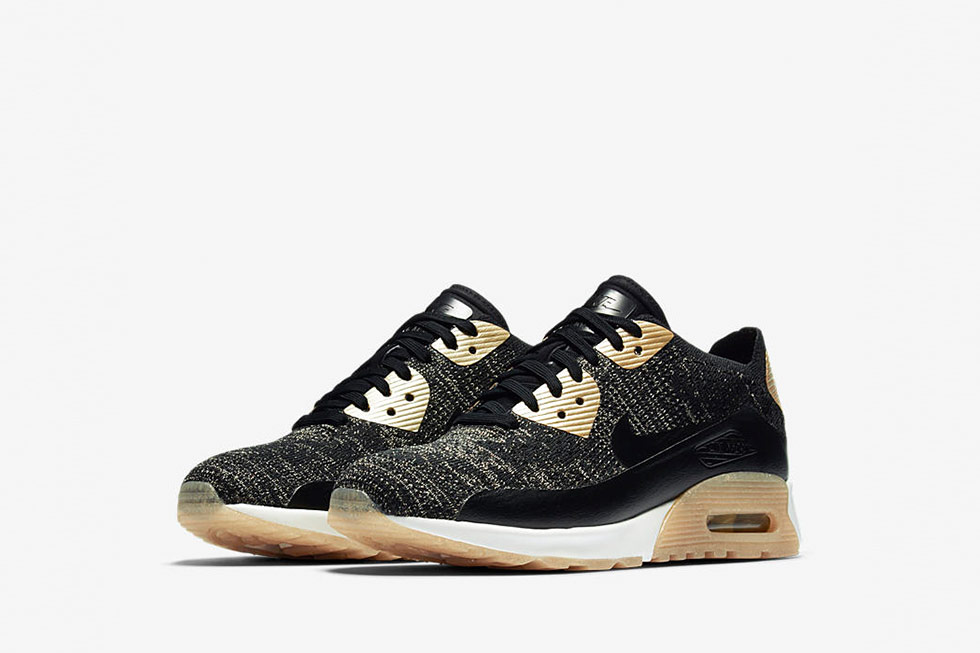 With the Nike Air Max 90 Ultra Flyknit , what the consumer has is a well ventilated shoe that molds to the foot to offer support and stability where it is needed. The shoe is also equipped with a foam midsole with encapsulated air units at the heel and forefoot for maximum comfort and cushion. 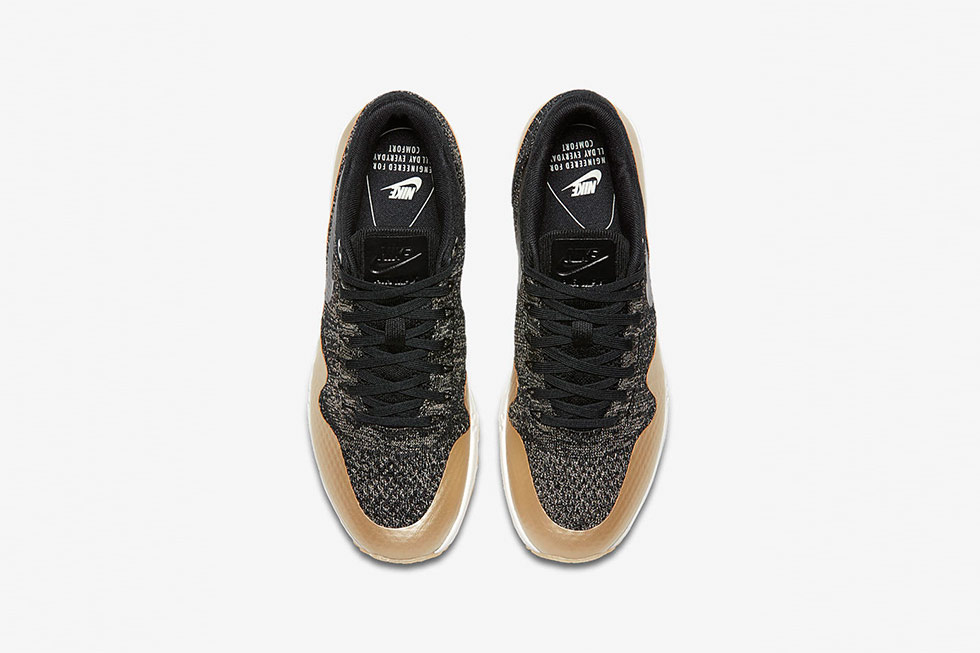 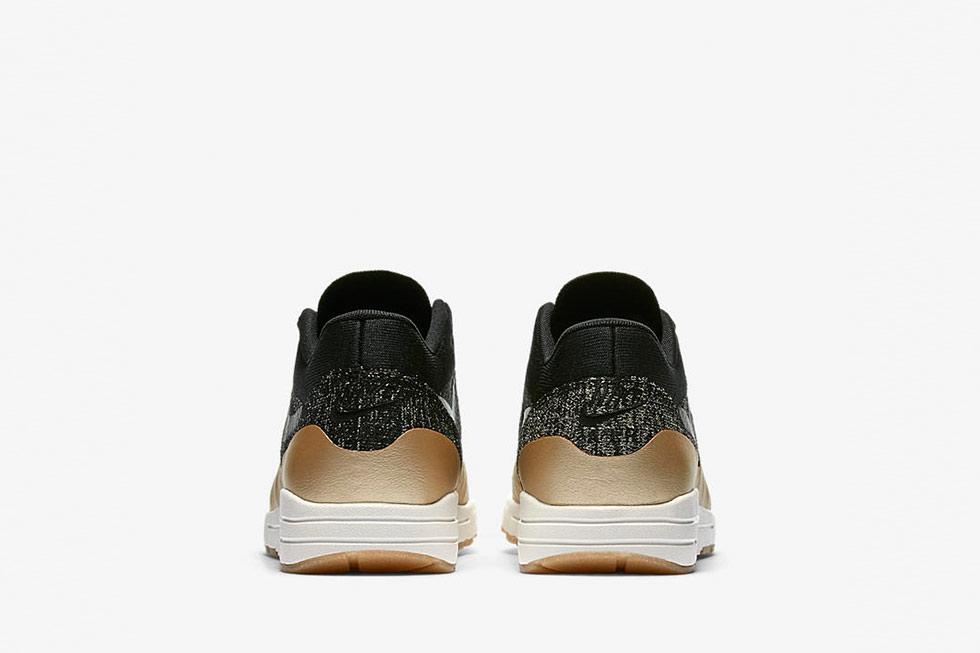 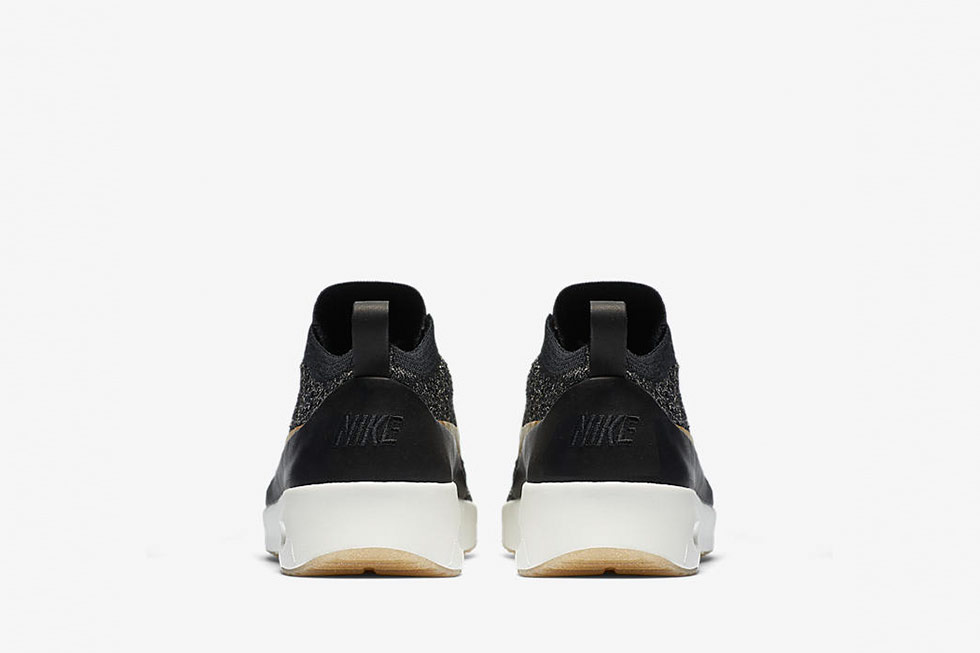 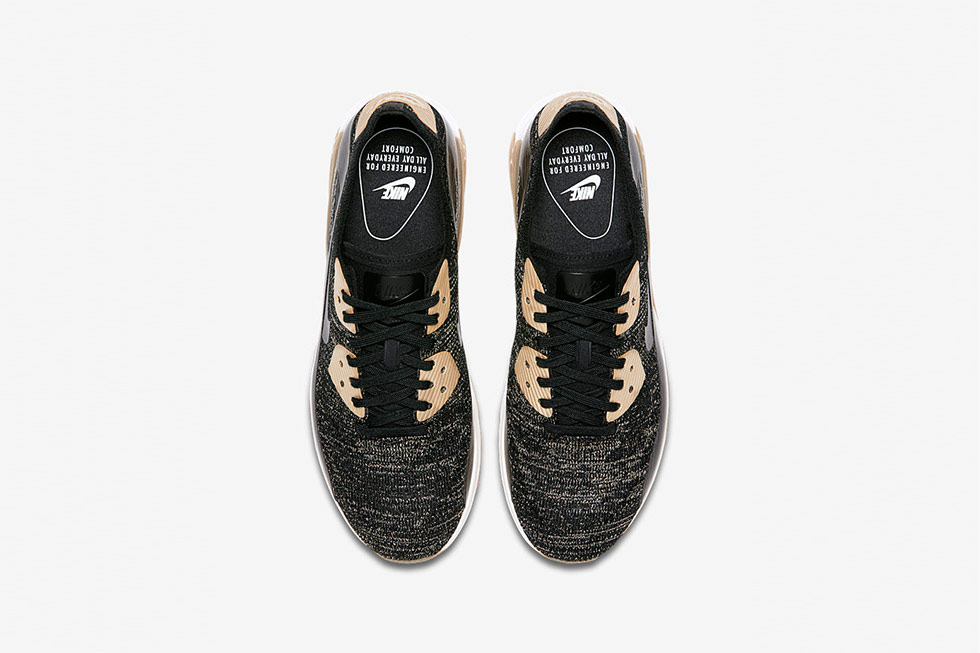 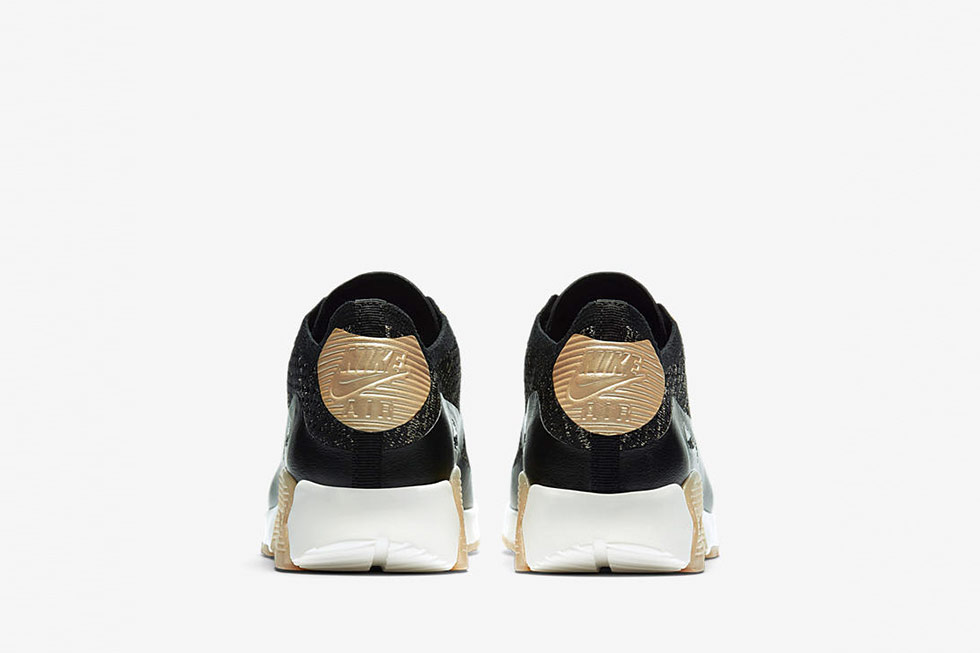