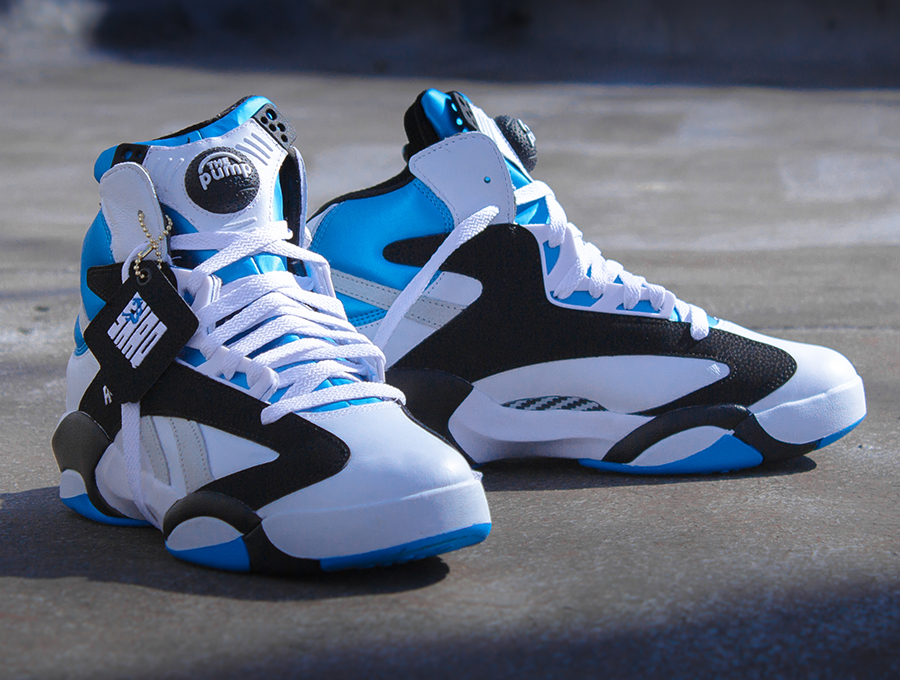 The Reebok pump technology was introduced originally in 1988 by Daniel Schettino; it consisted of inflatable chambers that would pump up for a custom fit. This is basically what Nike is attempting to do now with their Self-lacing sneakers. The Pumps gained a lot of popularity when Dee Brown pumped up his sneakers during the 1991 Slam Dunk contest, which he won by the way- it was perfect marketing for the brand. Shaquille O’neal was drafted in 1992 by one of the newest team in the NBA, the Orlando Magic. He was a rising star, was funny, very marketable and Reebok offered him his first sneaker deal-The Reebok Shaq Attaq Azzure V47915 was born.

The shoes were released last in 2013 and sold out instantly; with the way things are going now, it is only right for Reebok to bring them back again. With a white as the base color, they also feature black and blue on the side panels, midsole, heel, sole and the extension of the tongue. 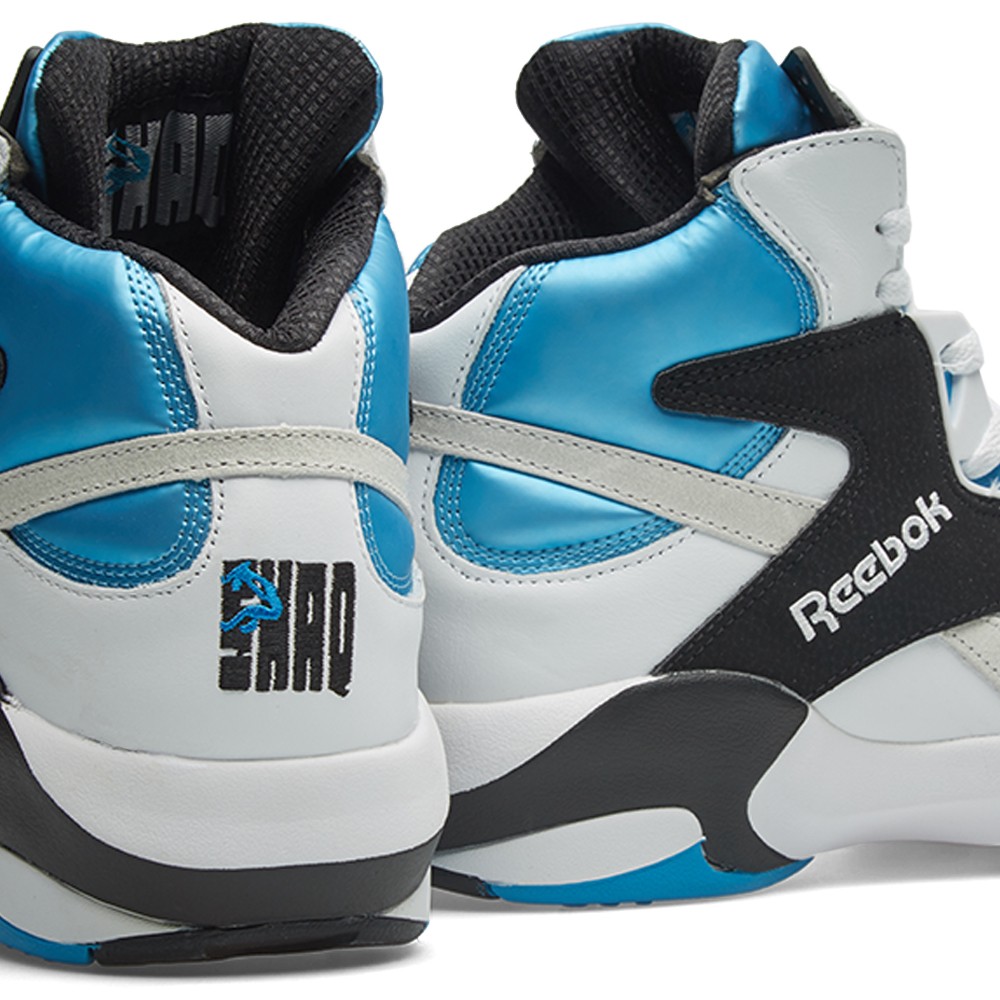 They feature a combination of premium and synthetic leather, and I believe the side panel overlays are dressed in suede or nubuck leather. Embroidered Reebok and Shaq branding will occupy the side panels, heel and the inside of the tongue respectively. The dual density inner liner works together with the pump ( located on the outside of the tongue in the shape of  a black basketball) for a custom, cushioned and comfortable fit. 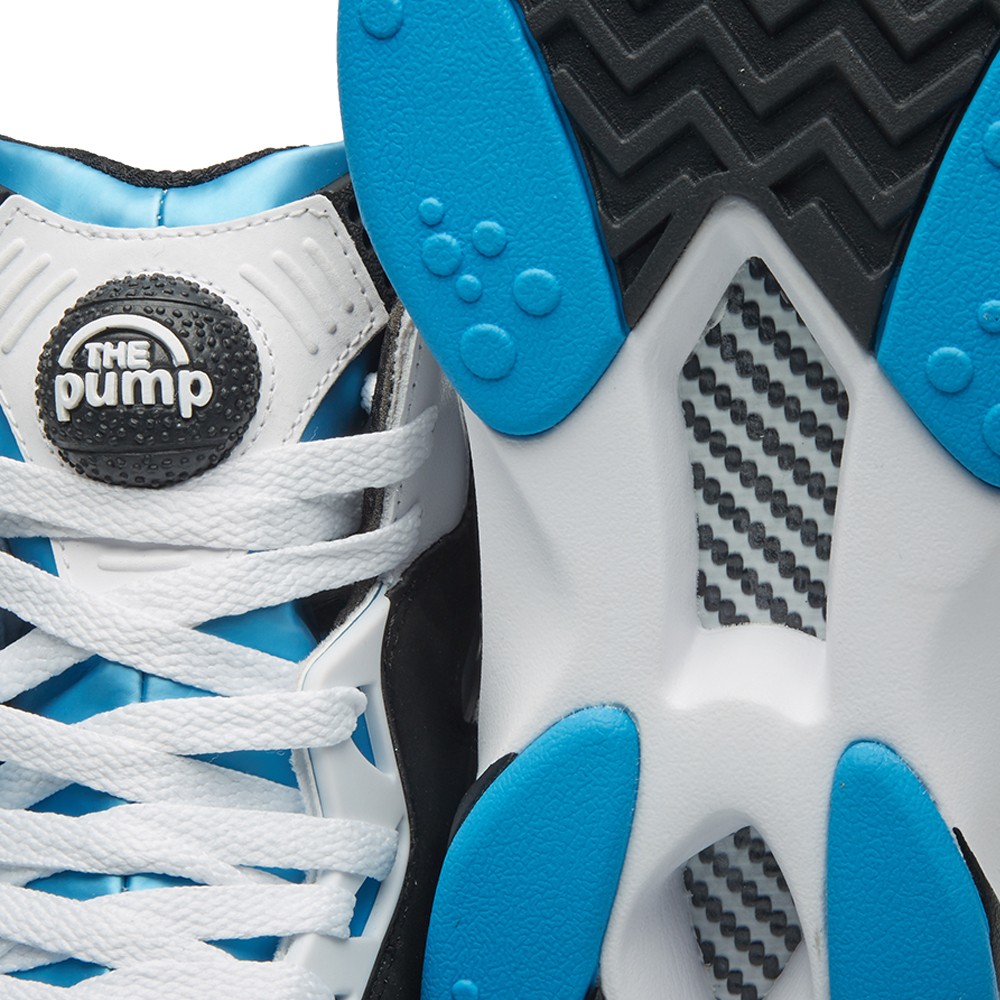 Carbon fiber shanks have also been incorporated in this model to lighten up the weight of the shoes. They are also equipped with Reebok’s own cushioning system to reduce pressure on joints, knees and legs.

When Shaq first came in the league in the early 90’s, he wasn’t as big as he is today; he was a very mobile “big Man” who played alongside Penny Hardaway, another athletic, dynamic guard who enjoyed pushing the ball for  easy fast break buckets. The The Reebok Shaq Attaq Azzure V47915 was perfect for Shaq for that matter- a shoe that was neither too heavy nor light. 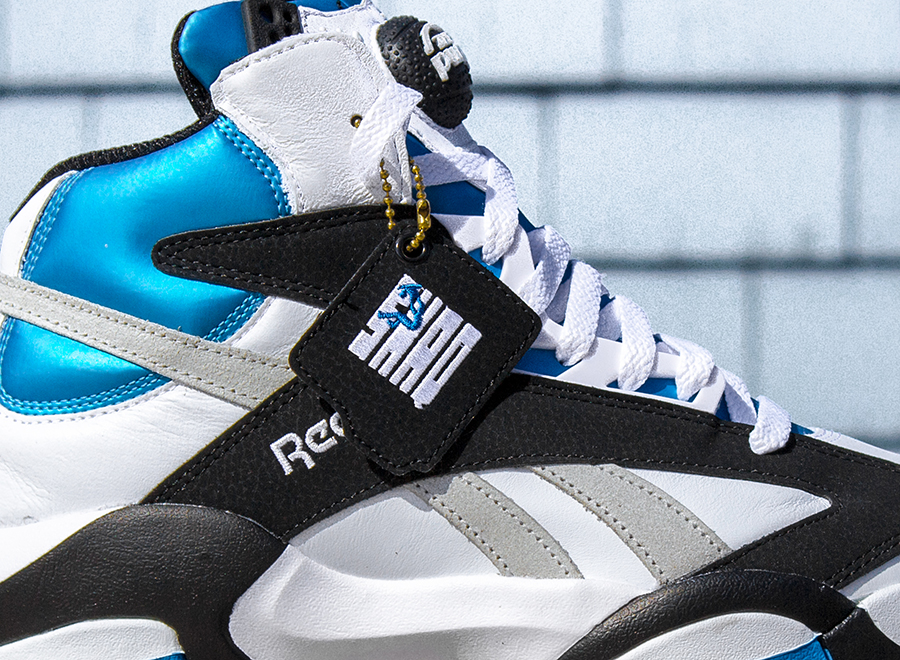 They will also include a hang tag with Reebok’s own Shaq Jumpman/Dunkman. The main features are as follows:

Where to buy? BUY IT NOW -Men’s sizes-ENDCLOTHING-$149

Check the pictures below for more details 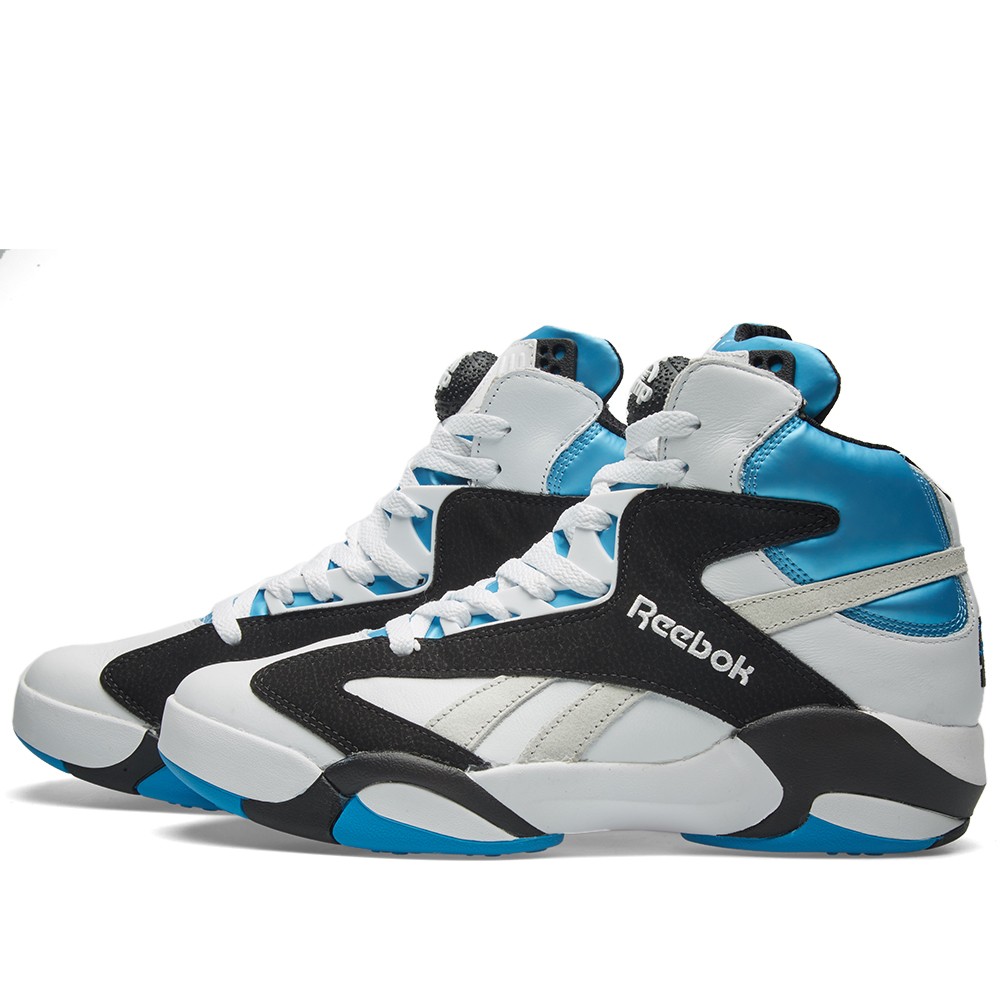 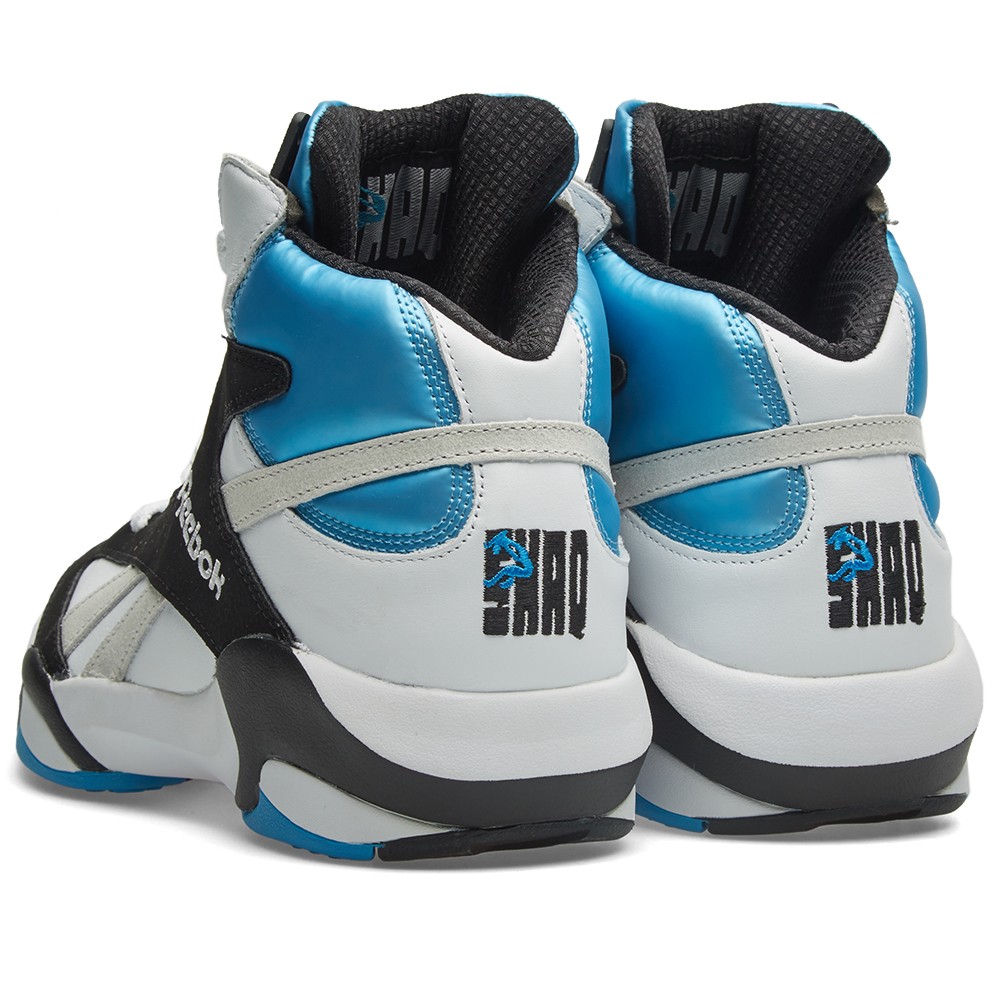 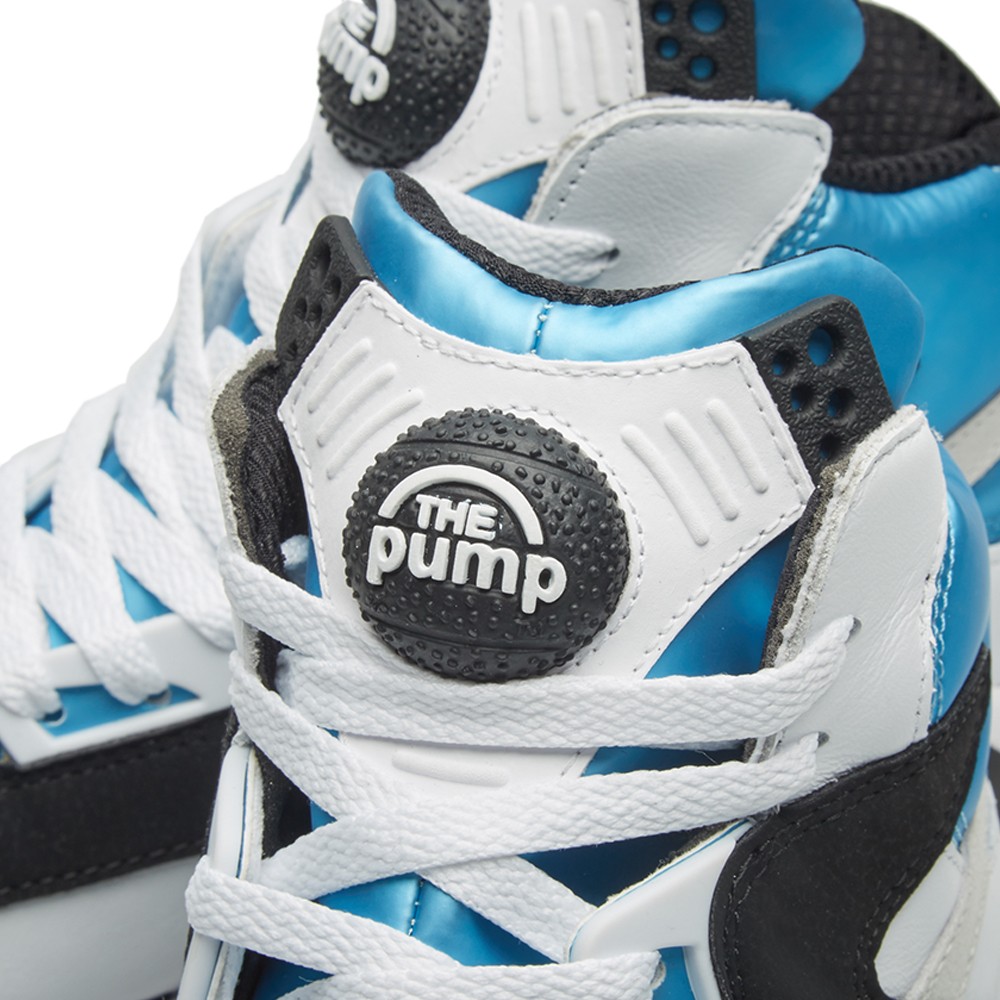 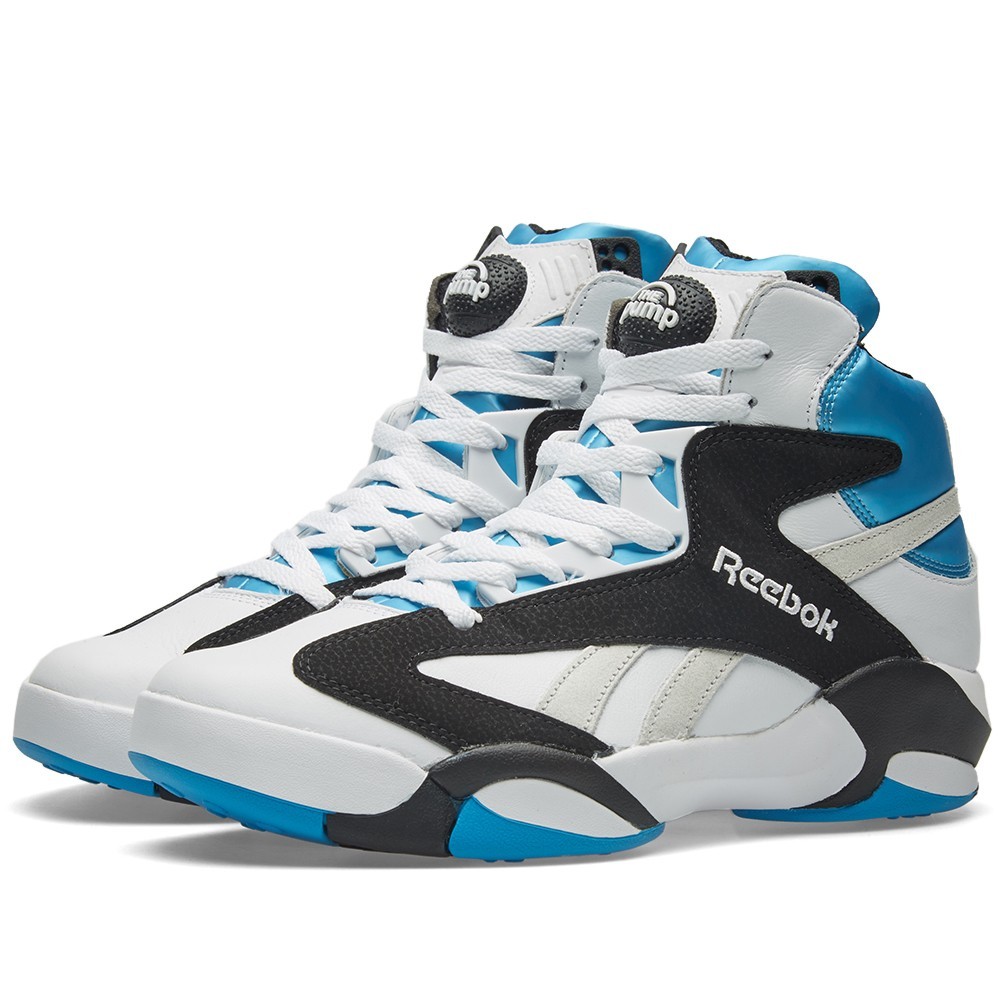