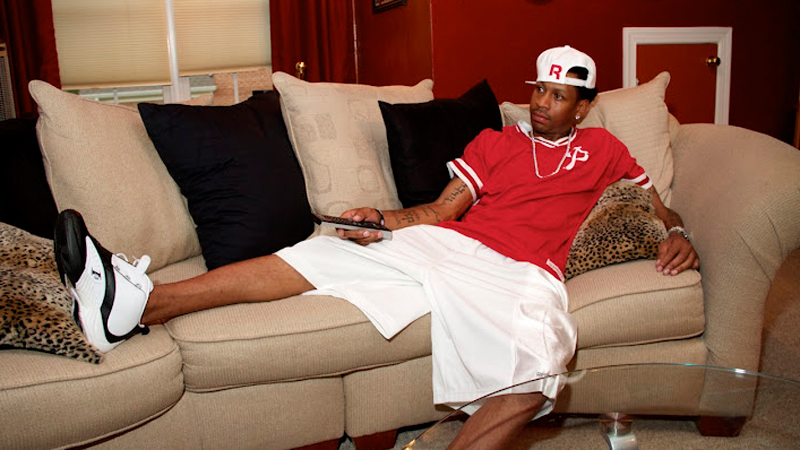 Hall of famer Iverson no longer entertains us with his deadly crossover, but he will always be remembered as a passionate player who left everything he had on the court. The 2000-2001 was a significant season for AI; that same year he won the NBA MVP award, and also won the All Star Game MVP award ( back when it really mattered). He finished the season with 31.1 points  and 2.5 steals per game. He then met Kobe Bryant and the Lakers in the NBA final, which many thought Philly will lose by being swept. But Iverson wouldn’t have it, he went into the first game of the series with rage, scoring 48 points,  trash talking the entire game, slaying  Tyron Lue with a jumper,  stepping over him in typical AI fashion, a moment that become iconic and forever seared in our minds. In that same game, Iverson was wearing his own signature shoes, the Reebok Answer 4 IV. 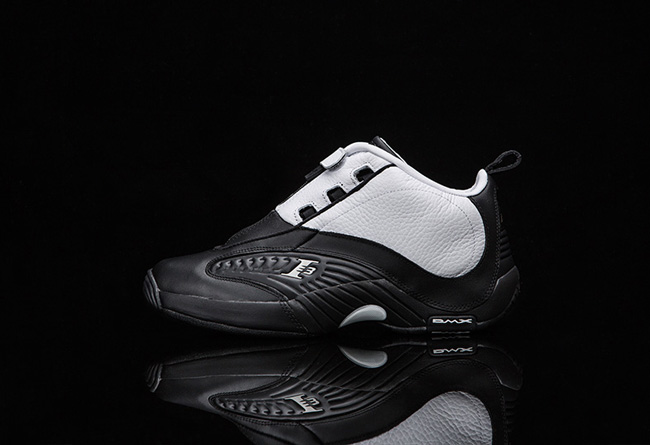 The Answer IV were originally introduced during the 2000-2001 NBA season, brought back again in 2012. They come in a white and black full grain leather upper with many other important details referencing AI throughout the entire shoe- Iverson I3 logo on the forefoot panels, AI’s own face on the heel portion of the outsole and finally a quote of his (Only The Strong Survive) on the outsole as well. They are a mid cut shoe, equipped with full DMX cushioning and an innovative lacing system covered by a zipper. This special edition will be limited to 500 pairs and will include a special package- a box with graphics of Iverson stepping over Tyron Lue, and his famous elbow sleeve paying tribute to the 2001 NBA finals. 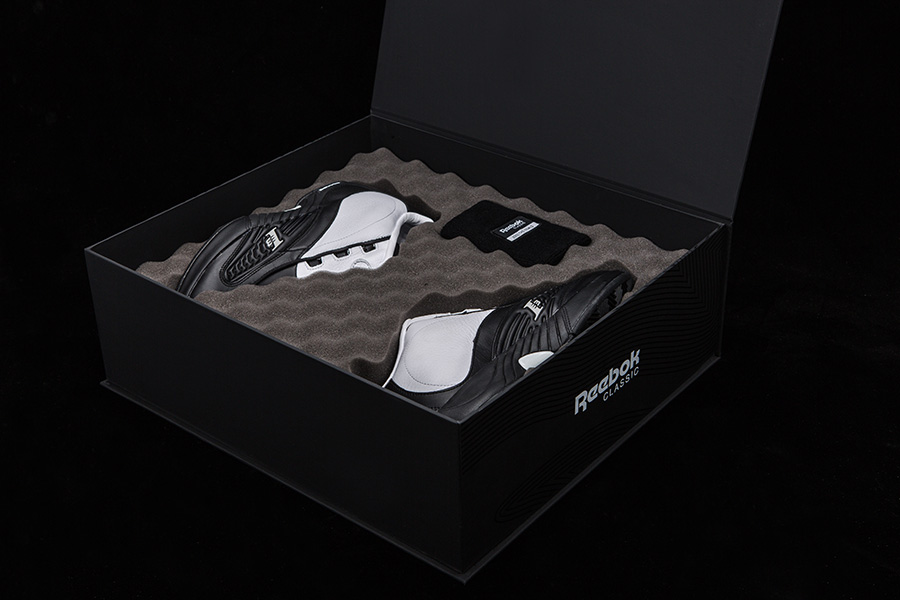 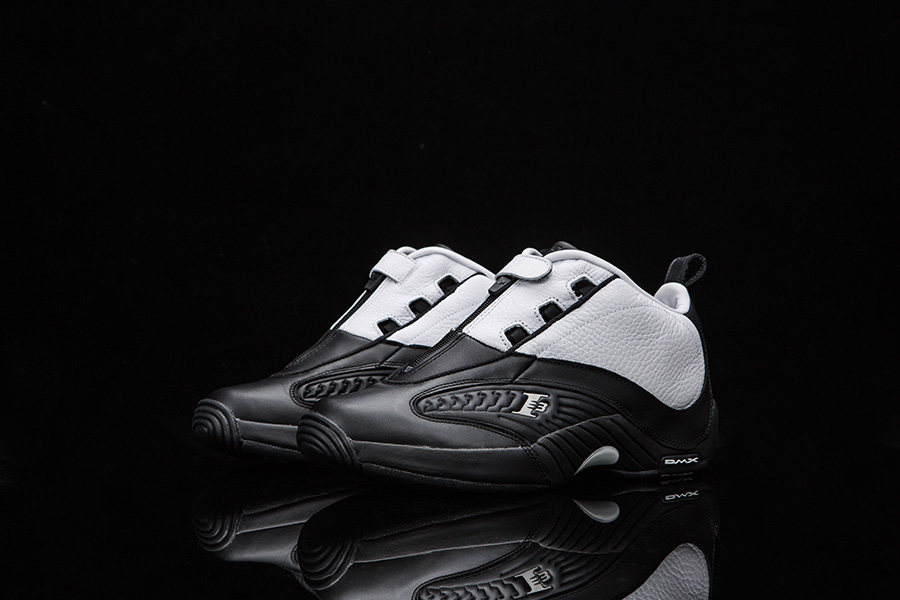 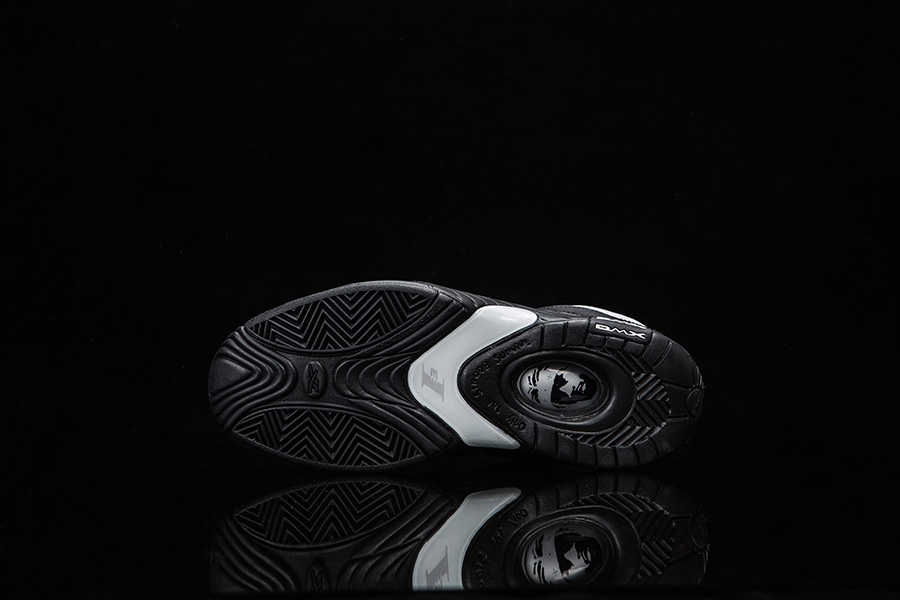 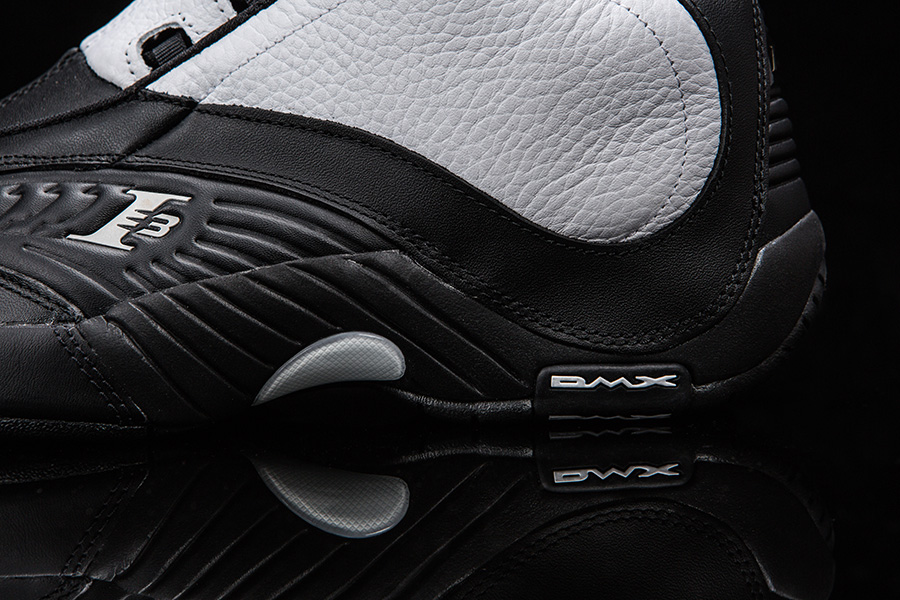 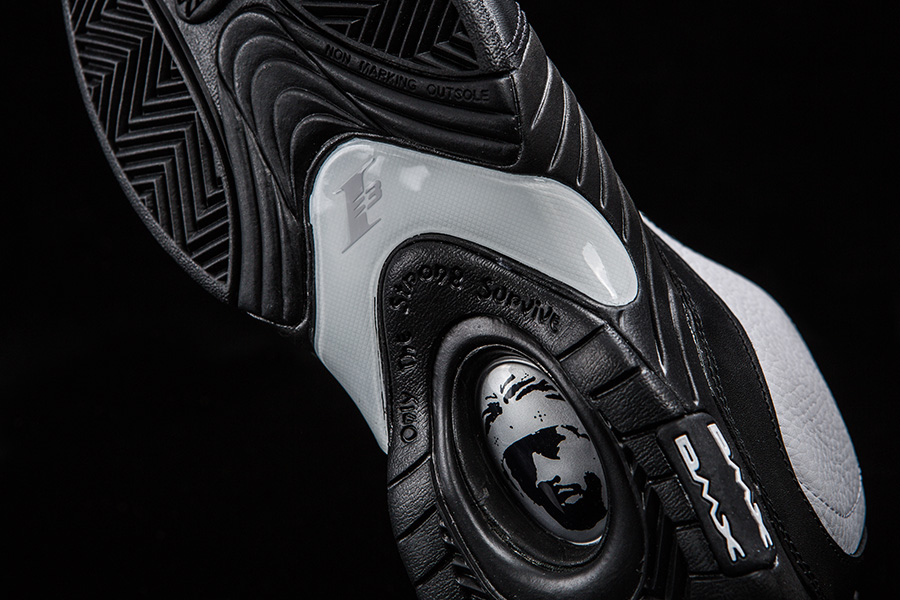 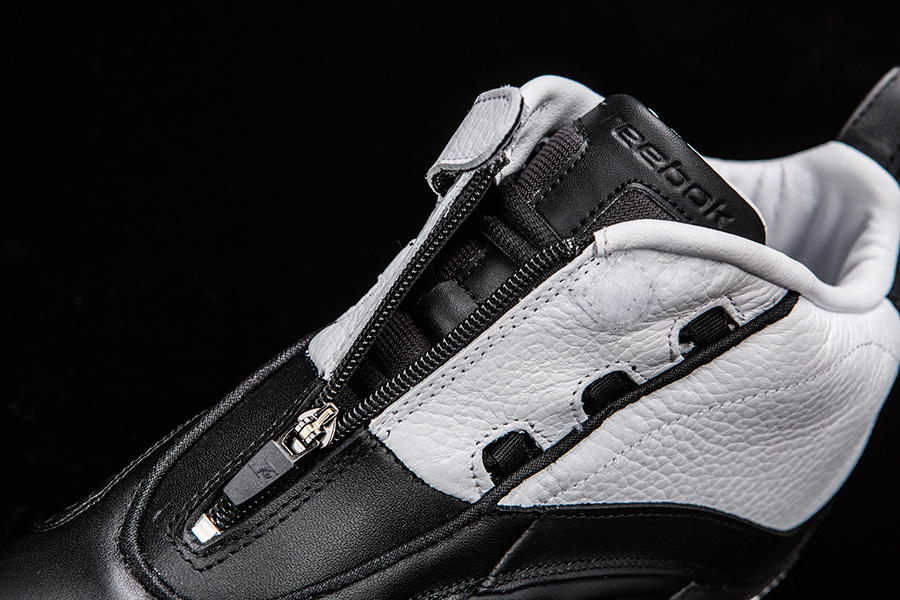 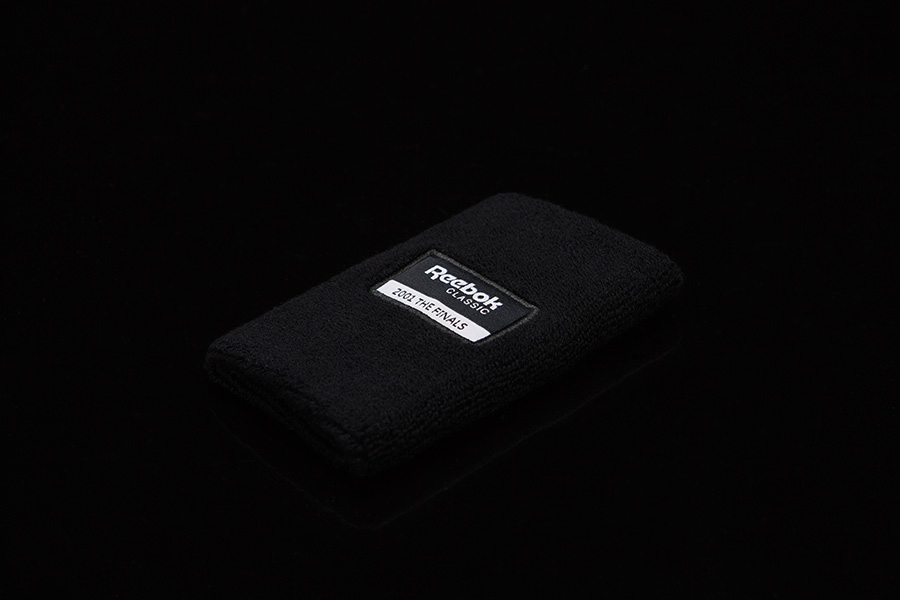 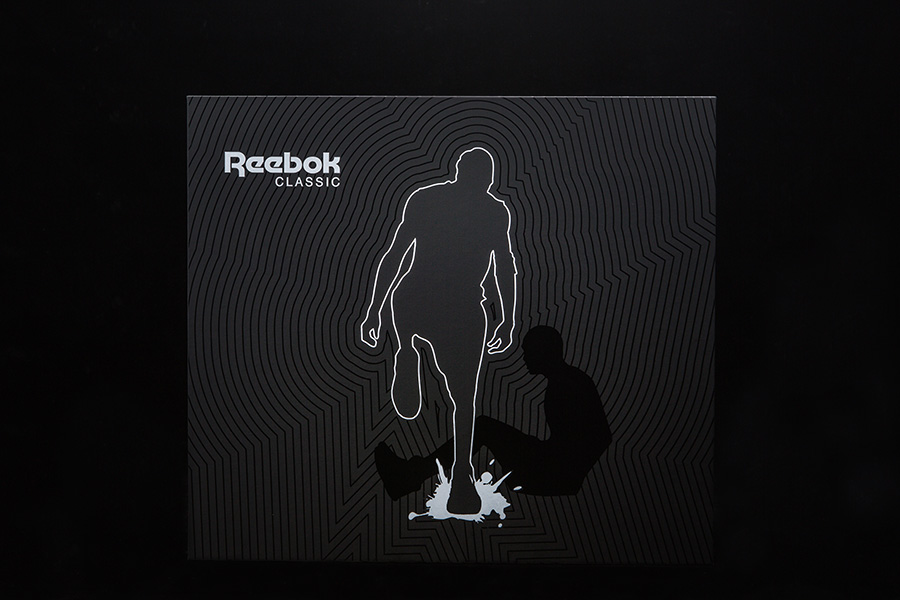