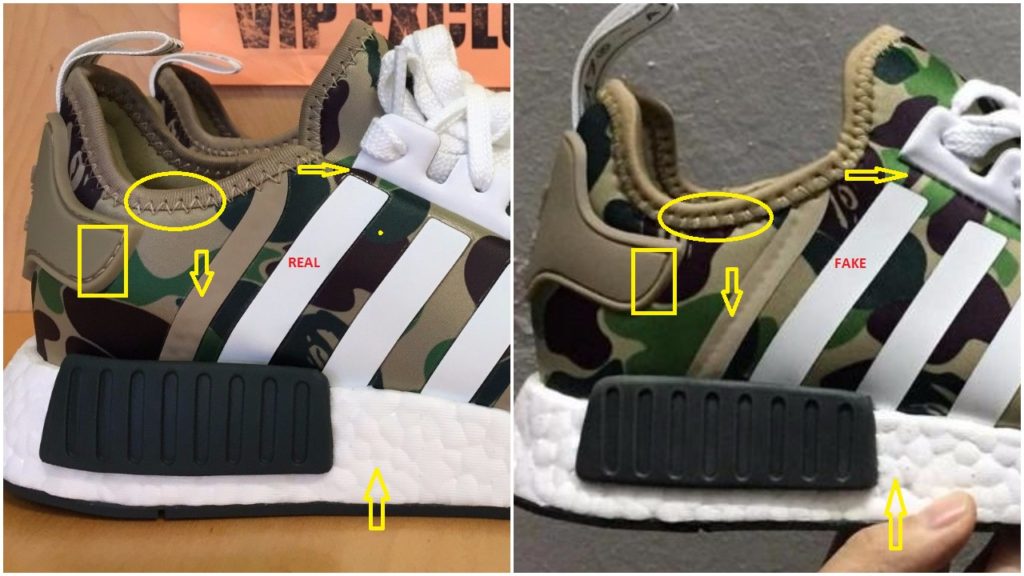 The Bape NMD released a few weeks ago and we all know that with shoes this hyped, replicas are bound to flood the market. The shoes are selling for as high as $1000 from third party merchants so it will be wise to consider this quick comparison prior to making a purchase online. See how elevated the authentic pair is compared to the fake one in the forefoot area ( steeper angle on the authentic pair and very shallow on the fake). And if you look at the Adidas text on the green EVA insert, it looks off ( the letters and the leaf look hand drawn). The color tone/shade is different on both pairs and a closer look at the olive band shows you a bunch of dotted lines on the fake pairs and none on the real one. I hope this comparison is helpful, you can find authentic pairs from our featured eBay sellers, CLICK HERE