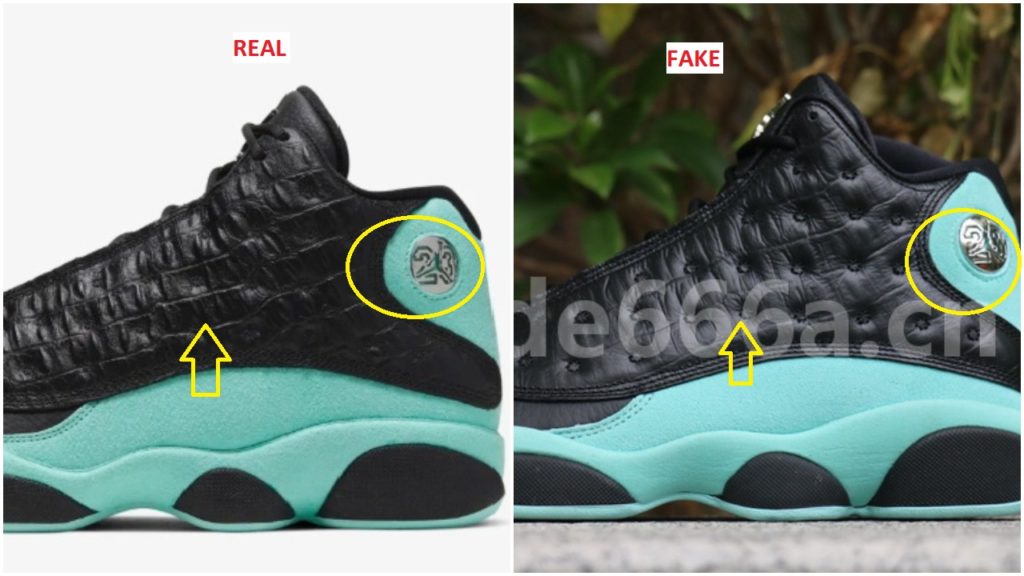 Earlier this morning, I wrote a post in which I stated that the Air Jordan 13 XIII Island Green was massively produced, see link below

As you all know, fake pairs of this model are already out and I wanted to show you quickly how to identify them. I don’t have an authentic pair on hand yet so I had to use official pictures fetched from Nike and a couple of other retailers. Both the authentic and the replica pairs used in the presentation are of size 9.5. Again this is just a preventive method to avoid counterfeits, the safest way to purchase your sneakers is from authorized retailers. 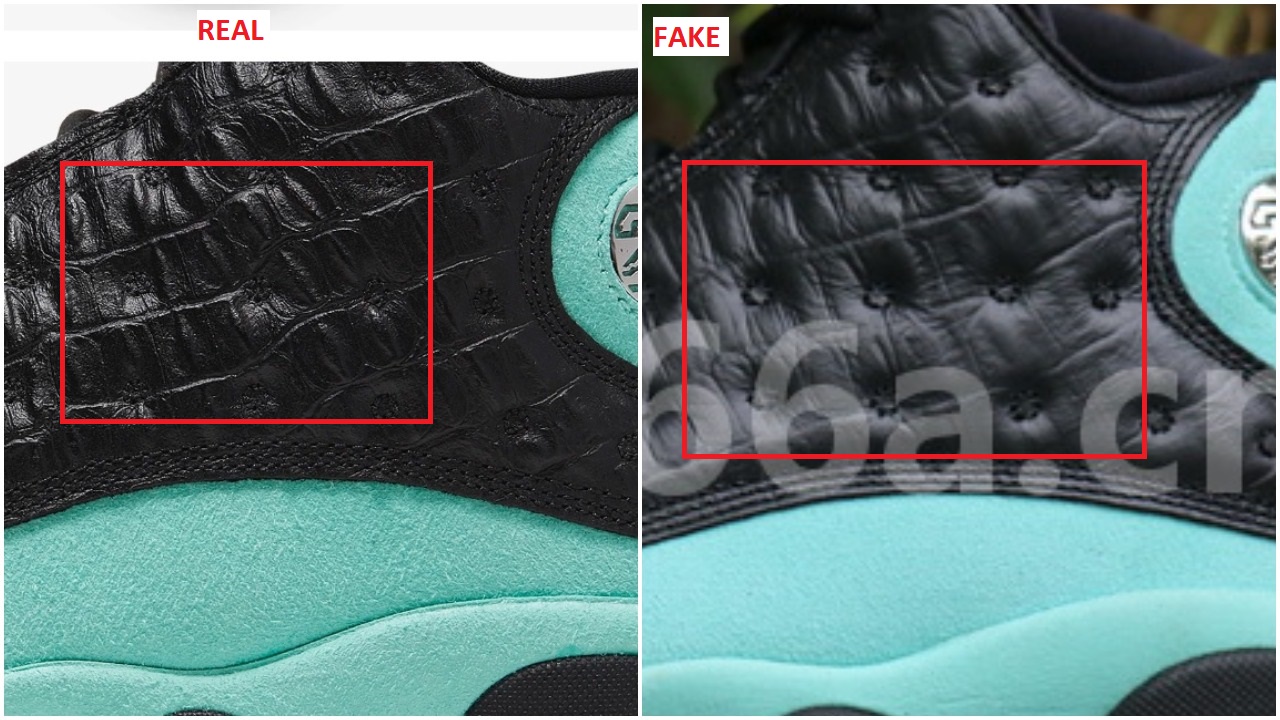 The pattern of the mid section overlay is clearly wrong on the fake pair, the shoe was made to emulate the jungle crocodile skin ( and obviously the authentic pair has the appropriate pattern). 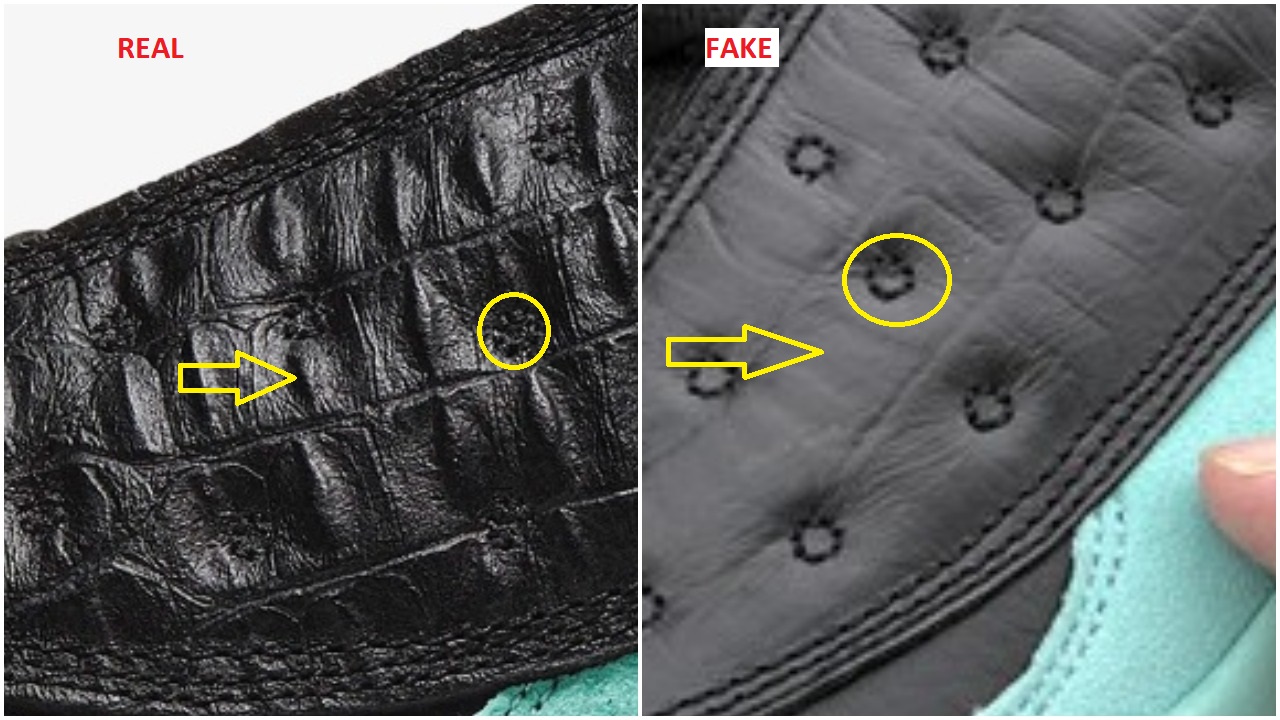 This picture reinforces what I said earlier about the contrast in the patterns of the leather overlay ( crocodile skin is supposed to be rough but the fake pair appears to be covered in a softer leather). Also notice how the rings on the fake pair are very vivid, but on the authentic pair, they blend in well with the rest of the pattern and are subtle. 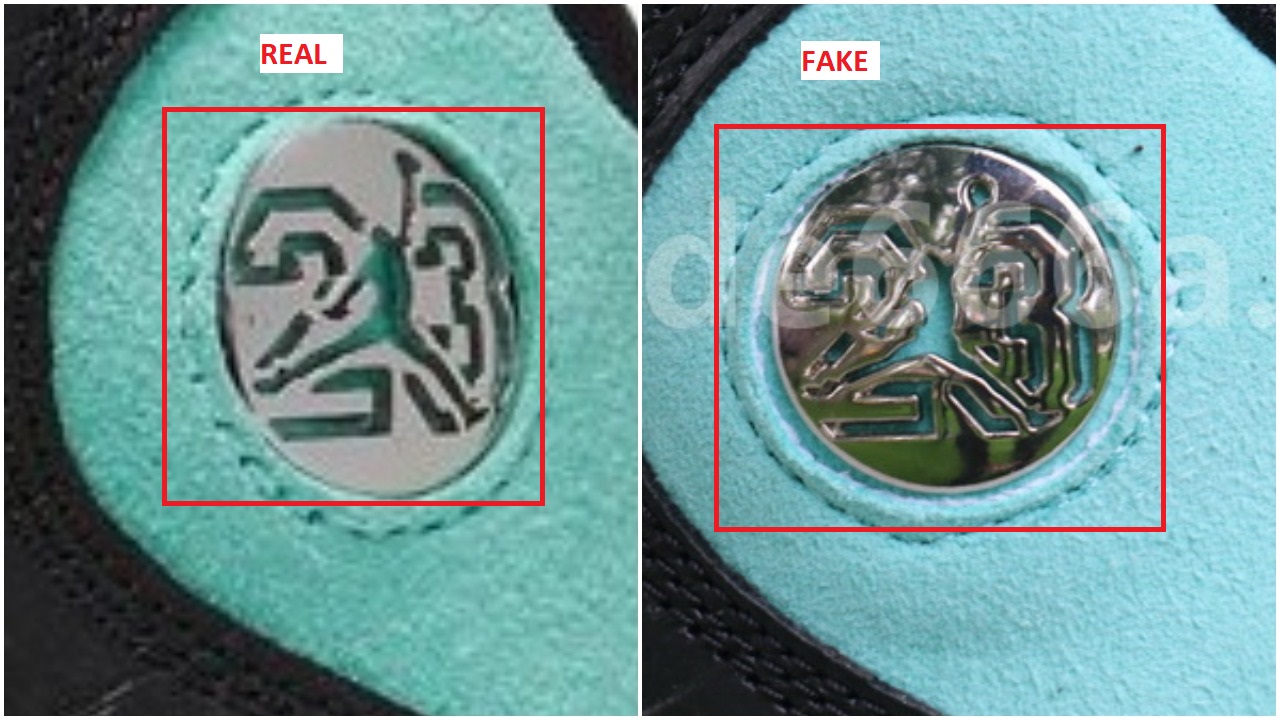 I wished Jordan Brand had kept the leopard eye but it was replaced by the jumpman and the #23. The fake pair appears to have been made with aluminum or some type of cheap silver like plastic. I don’t have the authentic pair on hand but you can clearly see the differences. 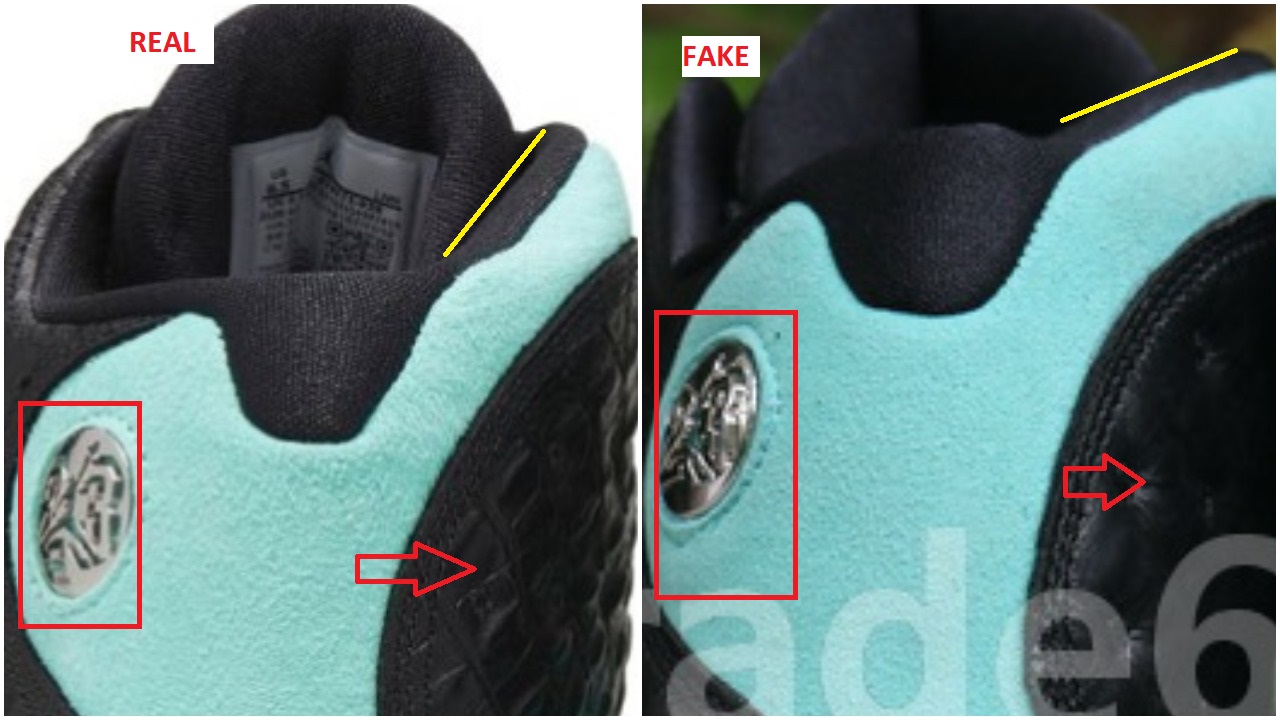 Both pairs are 9.5’s so I would assume that the inclination of the heel liner would be the same but it isn’t ( the fake pair doesn’t have a very steep incline). The red rectangle is highlighting the differences in the logos, and the red arrow is showing you the contrast in the leather pattern. 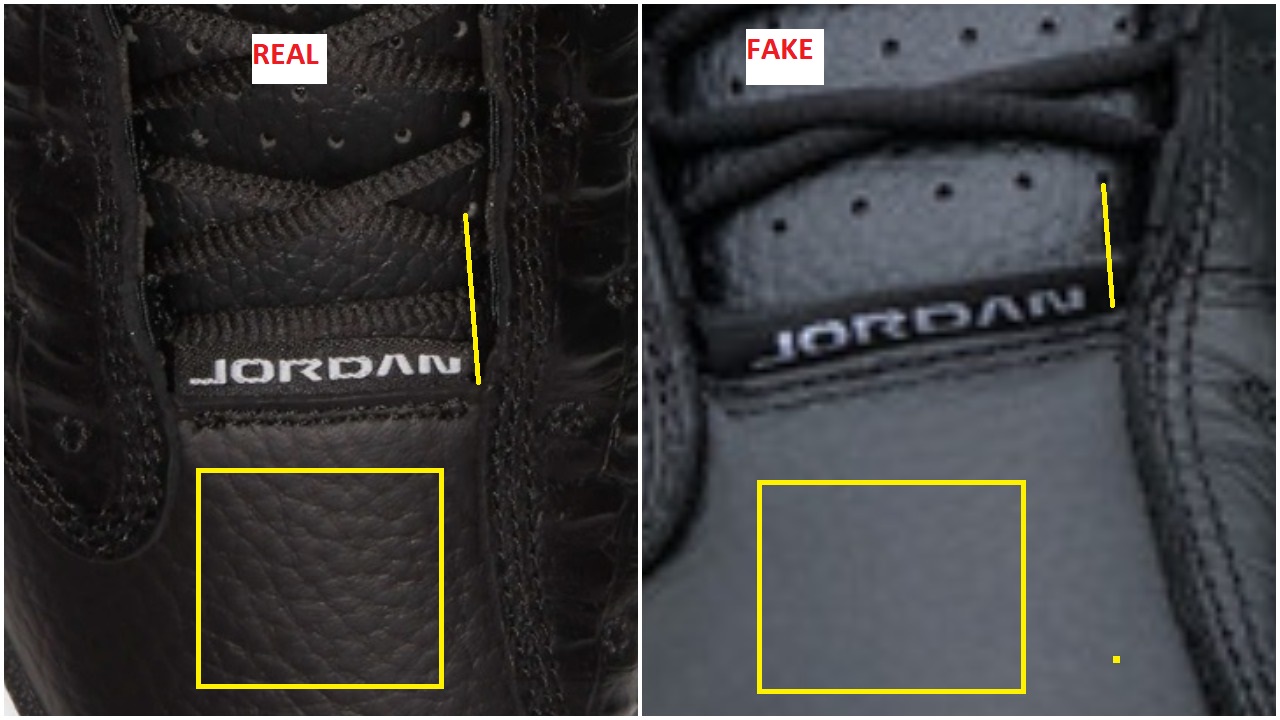 The toe box of the legitimate pair is covered with a more wrinkled tumbled leather material ( the wrinkles are nowhere to be seen on the fake pair). The gap between the throat line tab and the first set of holes is bigger on the authentic pair ( see yellow lines).

So far these are the only pictures that I could collect, I’ll add more differences once the shoe releases officially.