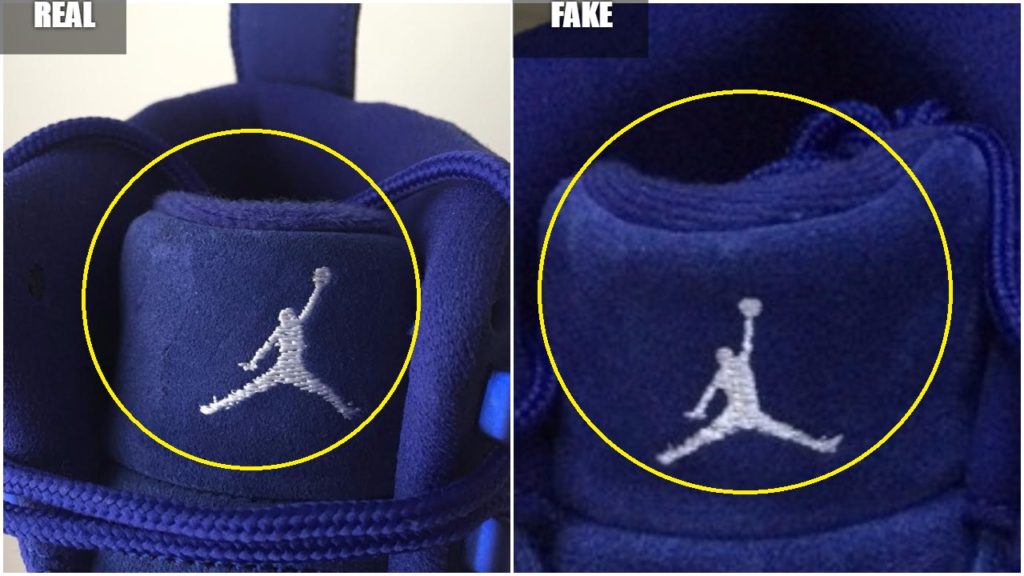 The safest place to buy a legitimate product is from an authorized retailer. The fake sneakers’s nightmare usually occurs when a shoe sells out instantly upon release. People turn to third party merchants, and some of these sellers are notorious for carrying fakes. Well today, I’m doing a comparison between a fake pair of Jordan 12 suede and an authentic one. 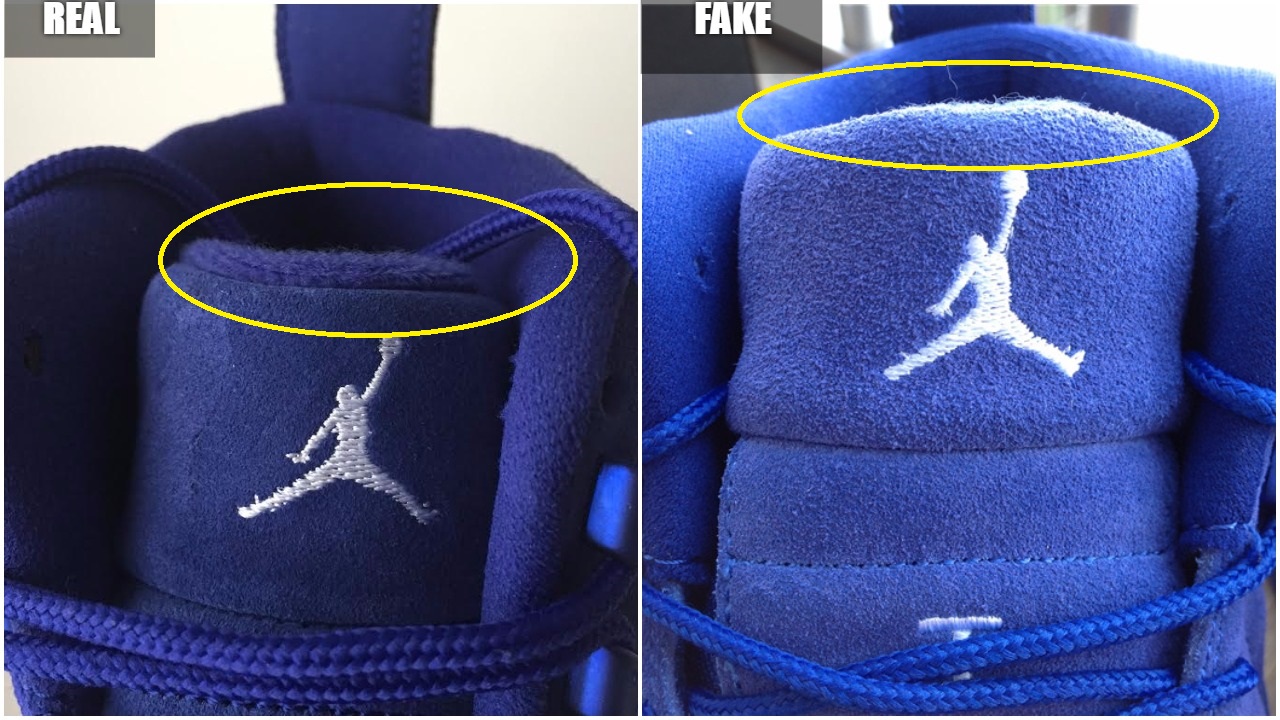 The fake pair has no lining around the tongue, if there is any, it is nowhere to be found. The jumpmen do not look the same. And if you also pay attention to the laces, they are blue with a strong purple accent on the authentic pair but simply blue on the fakes. 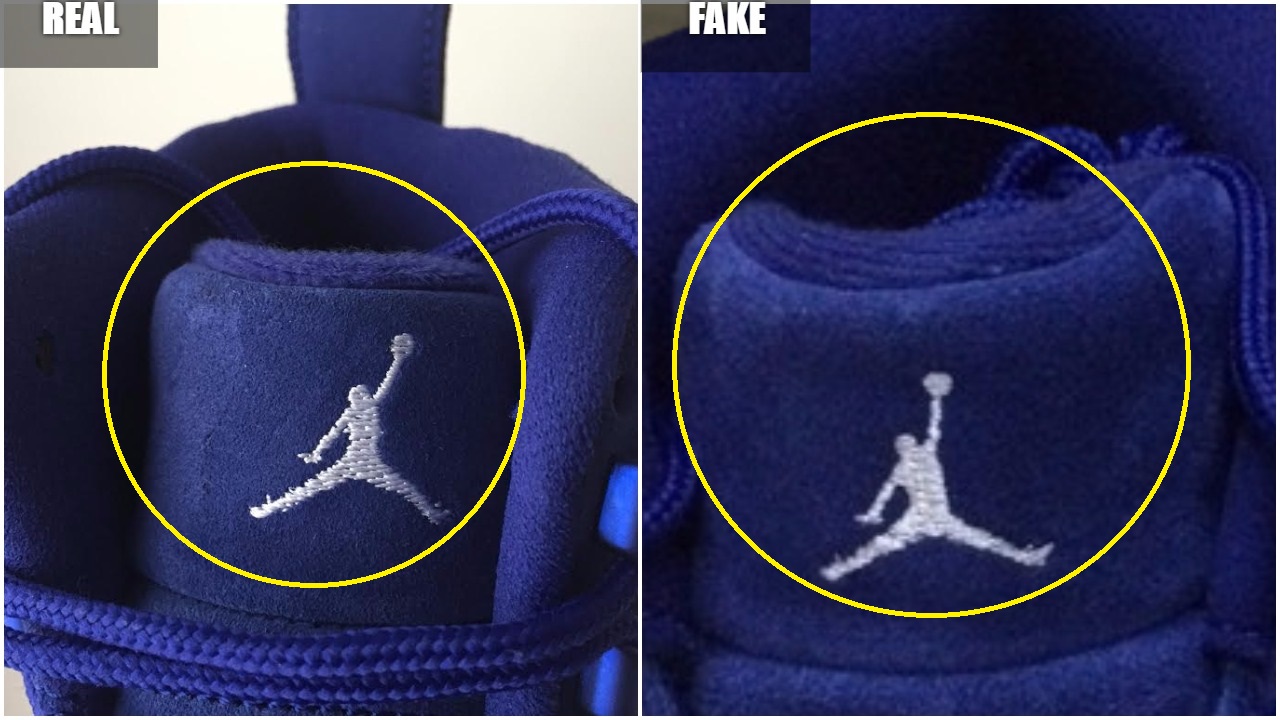 I’m not sure if you ‘ve noticed that in the first picture, the fake pair had a totally different color tone ( i.e.  it is  blue with no purple accents). In this picture, both shoes have the same tone but the lining around the tongue of the fake shoe is different- it is similar to the bottom of circle. On the authentic pair, the lining looks more like a straight line. Fake shoes tend to have a very uneven and crooked lining. 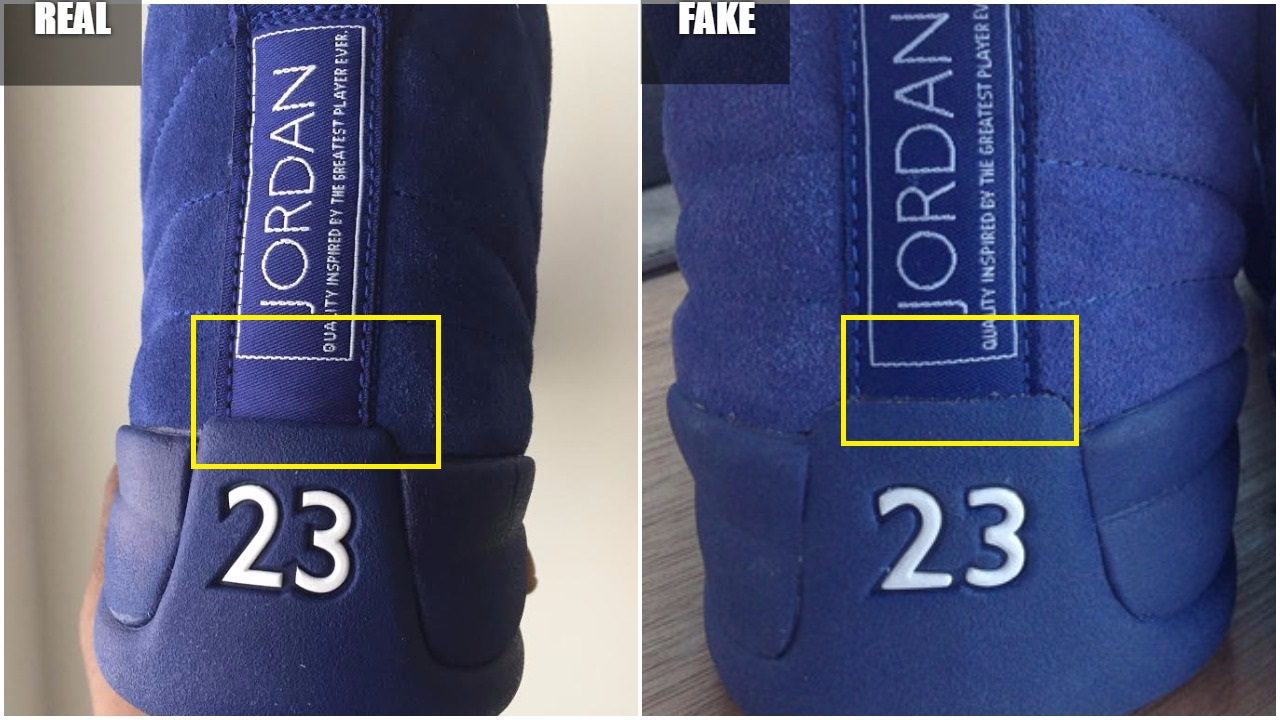 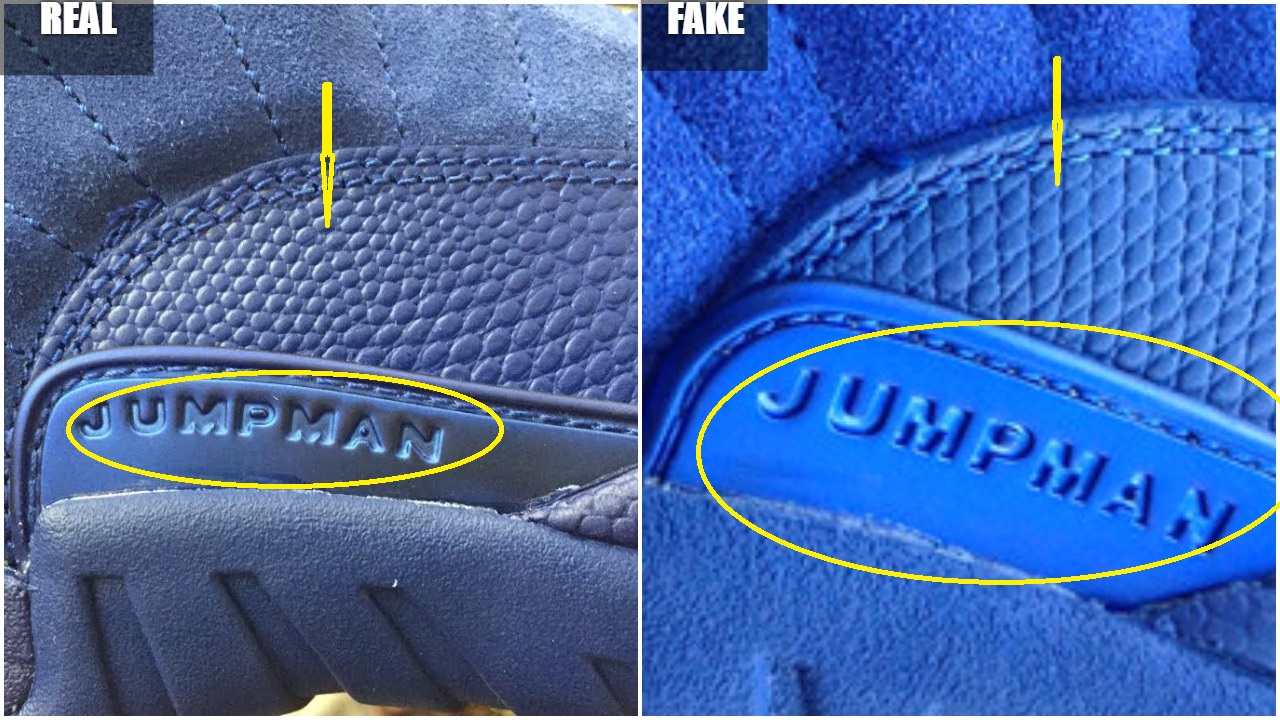 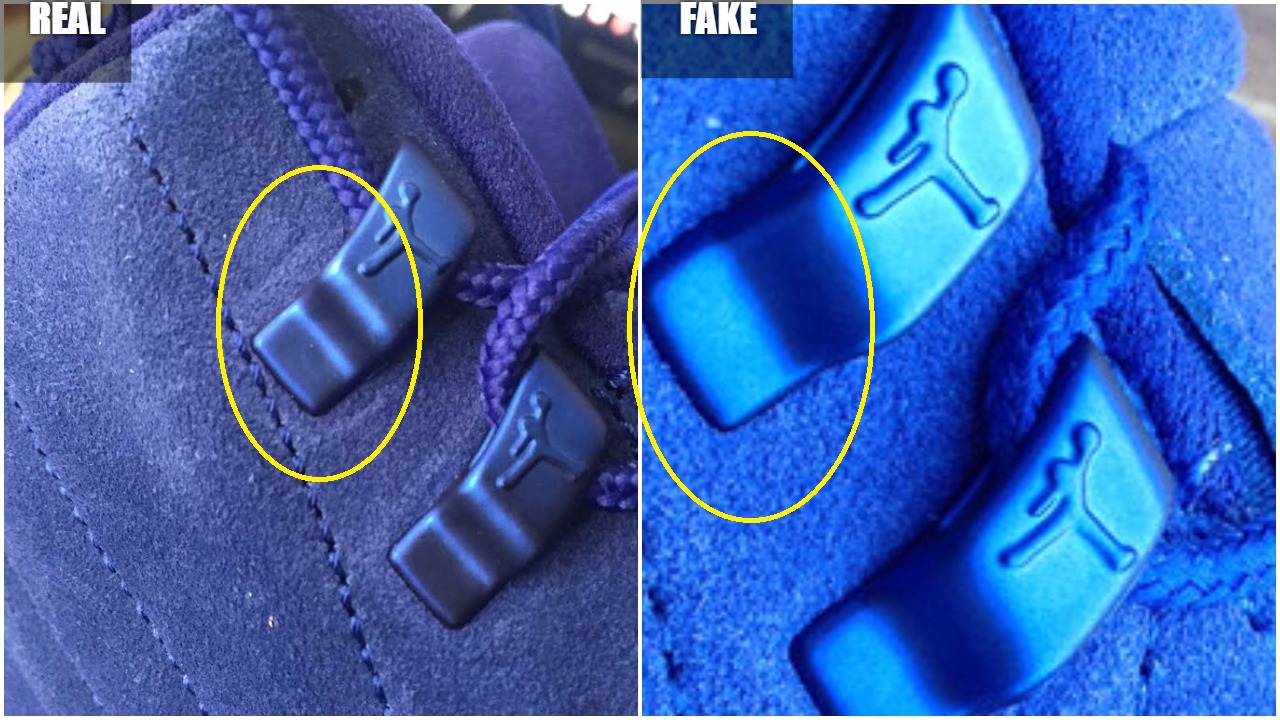 Do you see how different both eyelets are? the authentic pair has an extra ridge/crease while the fake pair has none. 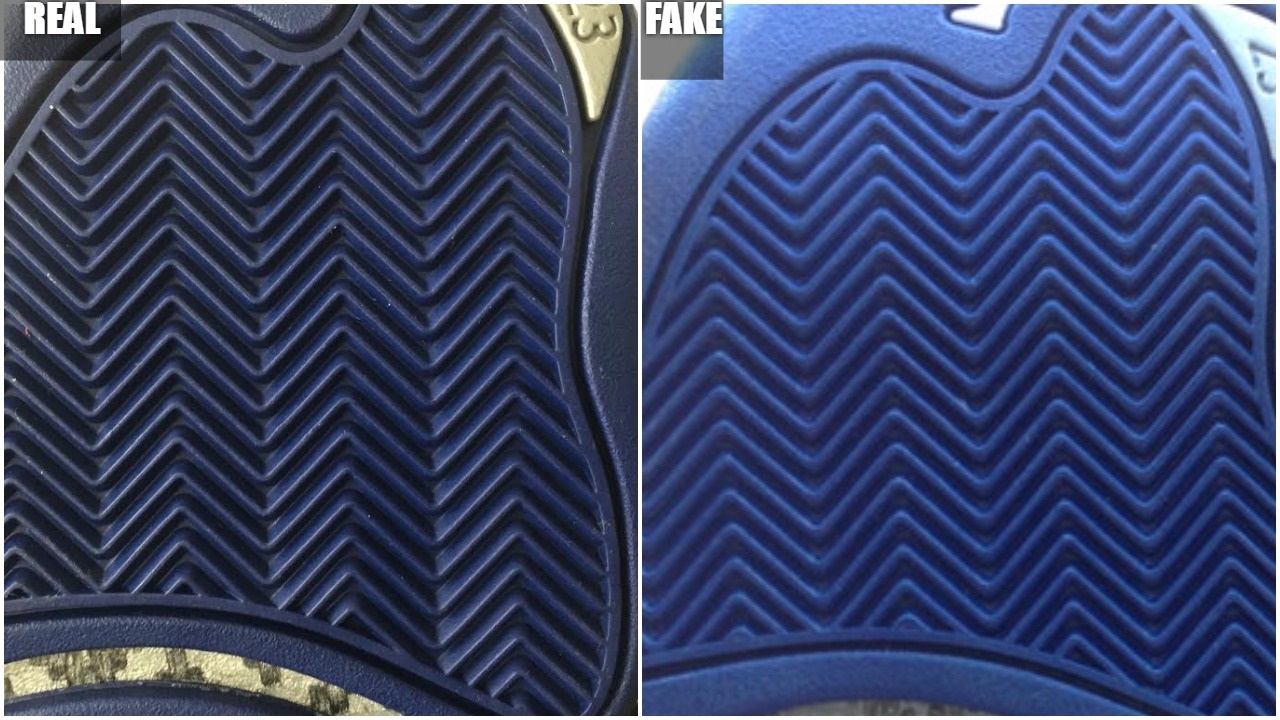 The threads on are deeper and  sharper  on the authentic pair, but circular and shallow on the fake pair 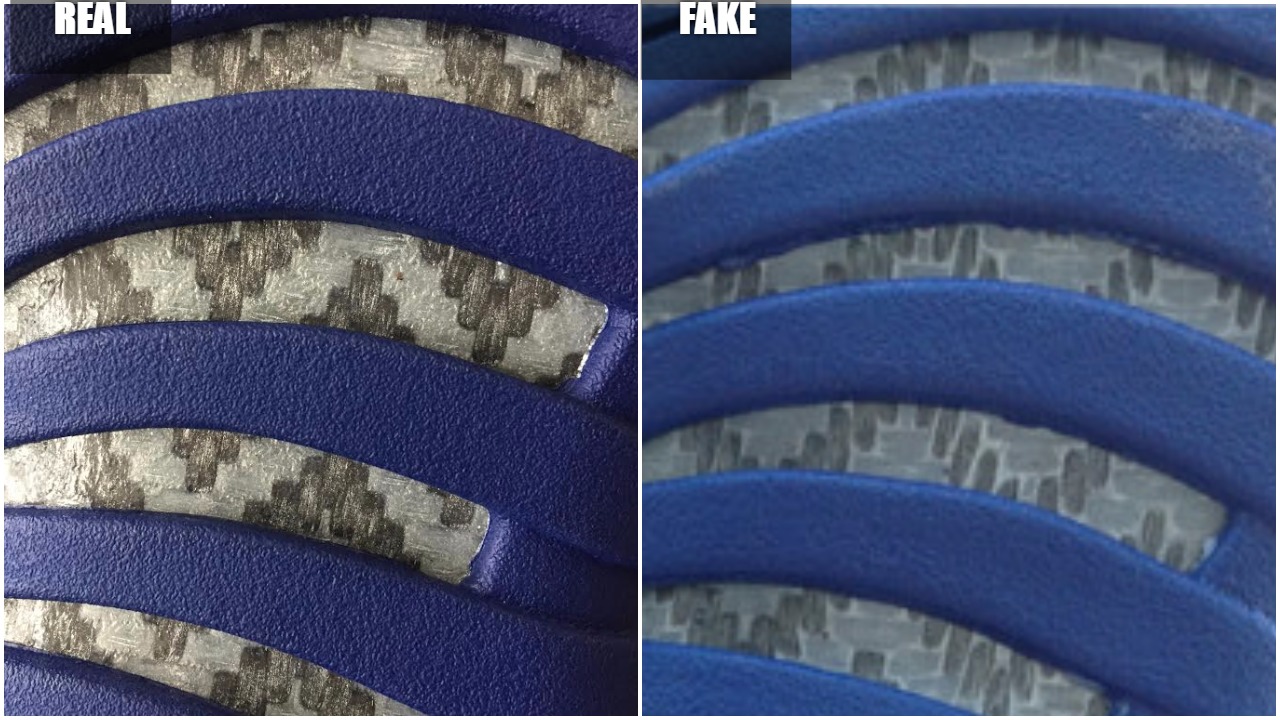 As  I was finishing up this comparison , I came across a new batch of fakes, and to be honest with you, I tried finding flaws in them and couldn’t find anything. That isn’t to say that they don’t have flaws but unless you have them on hand, it’s hard to tell by looking at pictures. So most people end up with fakes because the pictures they see on their PC is so convincing. Here is the scary part, this new batch even featured the footlocker sticker on the box. Take a look at the footage below and leave me your feedback

WHERE TO BUT LEGITIMATE PAIRS?

HERE  is a list of trusted eBay Sellers with authentic pairs, buy with confidence-CLICK HERE 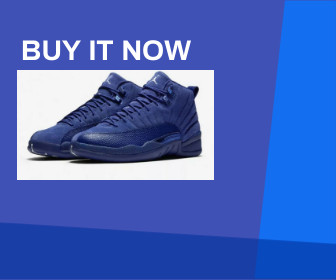