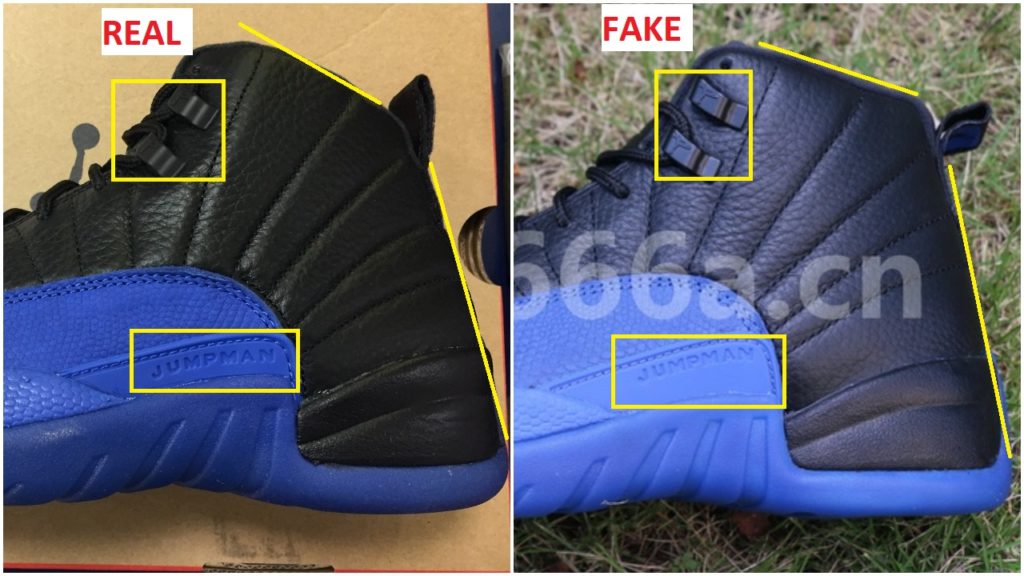 If you’ve missed my post about the possible number of pairs of the Air Jordan 12 Black Game Royal made, refer to the link below

Two days ago, I was doing a bit of scouting through my local mall, and visited several retail stores. I was really looking to take pictures on an authentic pair of the Jordan 12 Black Royal for the sake of writing a Real Vs Fake Post.One of the stores I visited showed me a lot of grace by allowing to take several pictures. I specifically asked for a size 9.5 because the fake pair I came across was a 9.5 as well. Here are quick tips to identify the replicas ( again this is not an exhaustive list ). 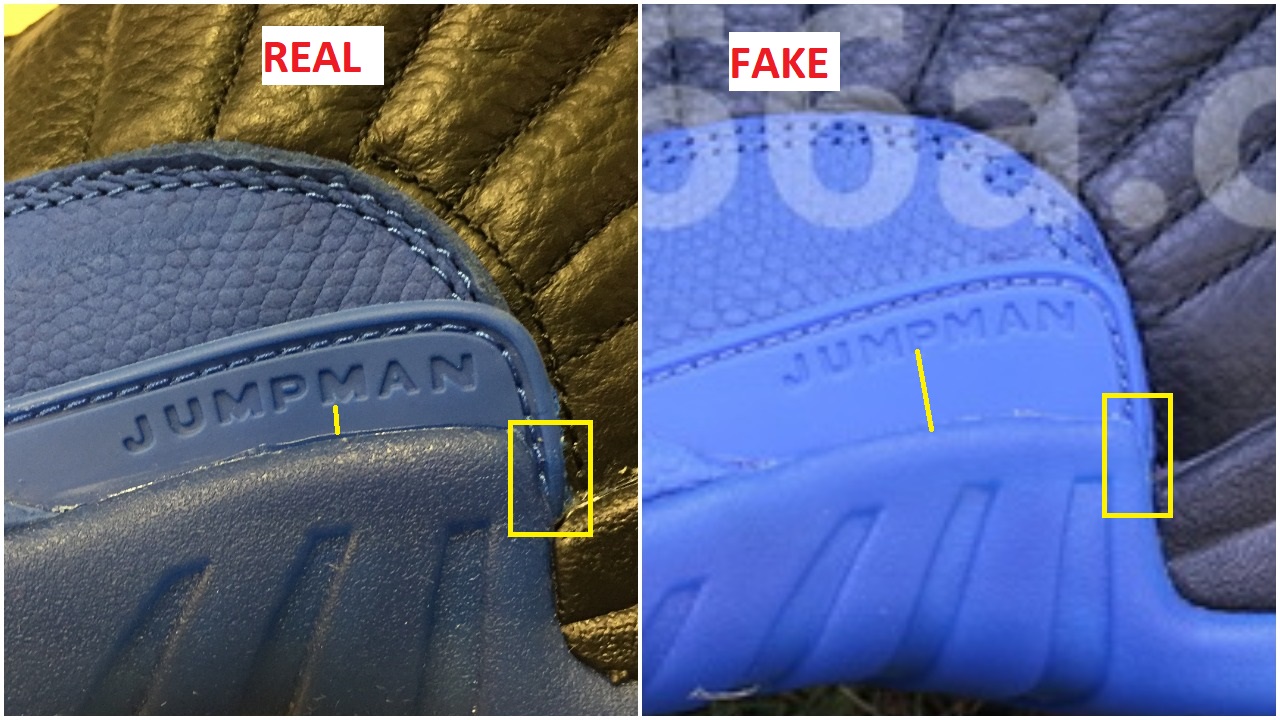 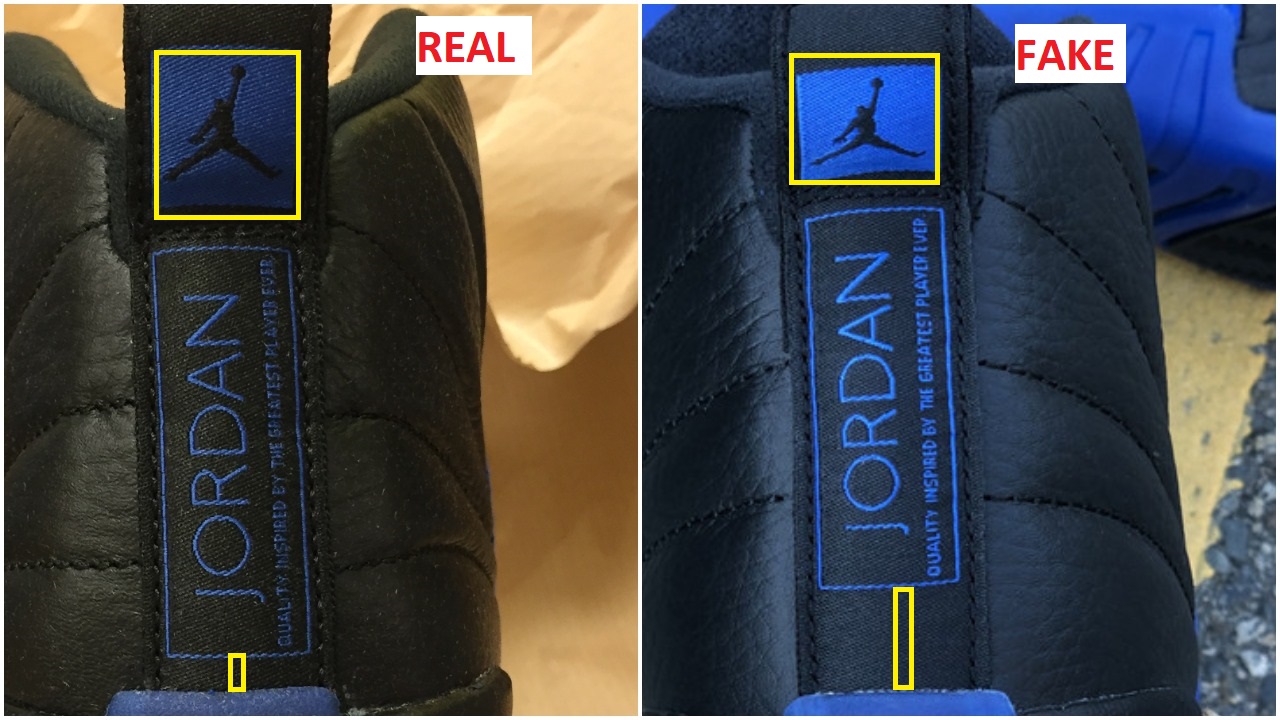 Keep in mind that both pairs are size 9.5’s; the spacing between the edge of the bottom of the heel tab and the midsole is very small on the authentic pair and wide on the fakes ( see yellow line). Not only does the jumpman logo have wider legs on the fake pair , but the space that encloses the jumpman is a lot smaller on the fakes as well ( see yellow square). 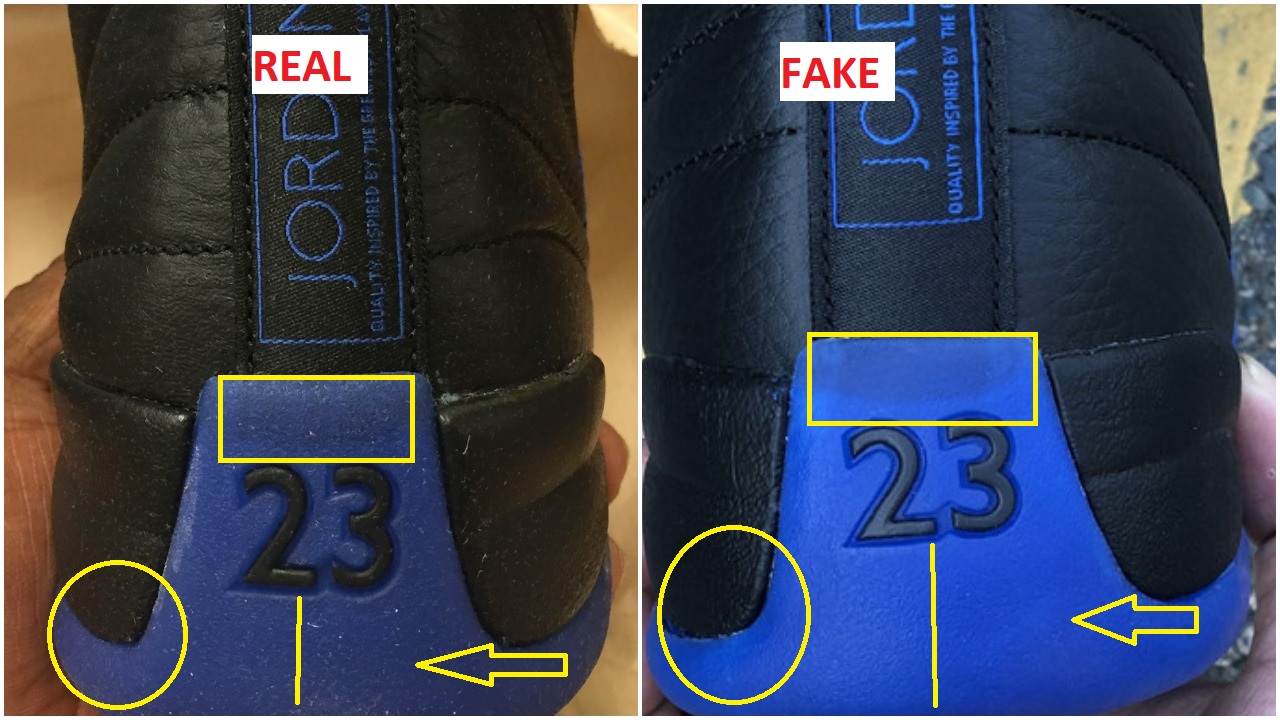 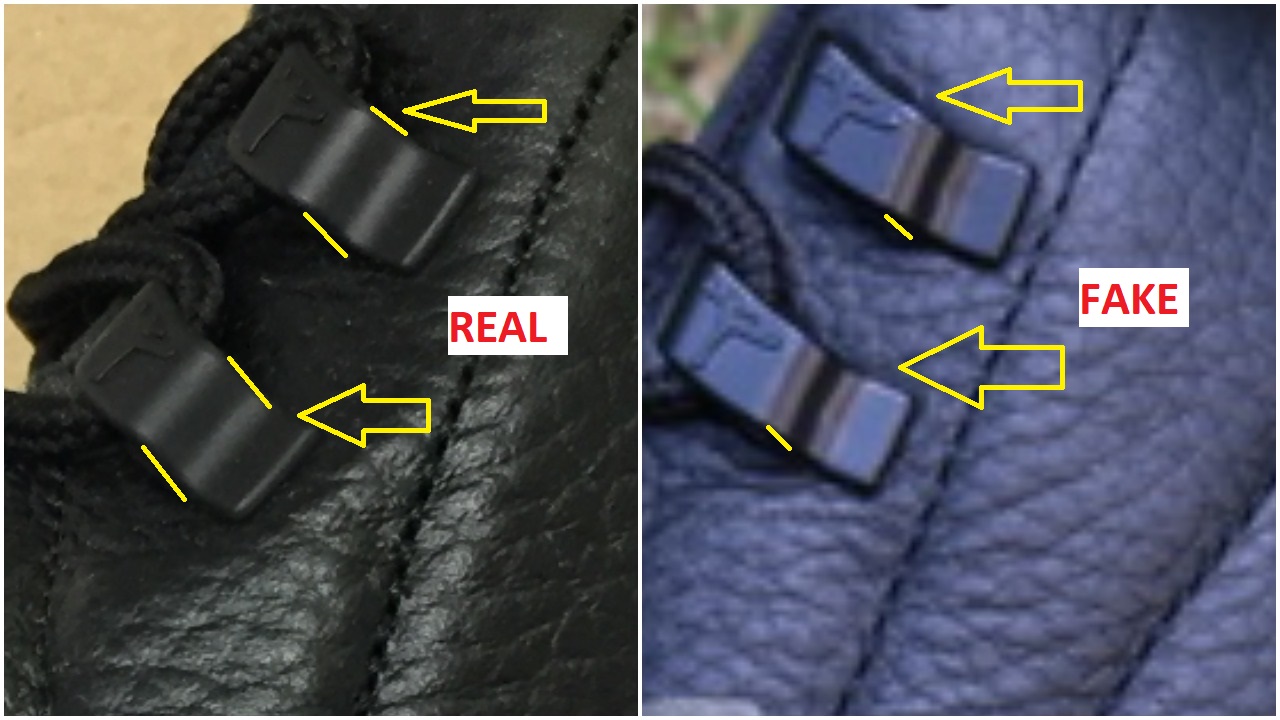 You can clearly that the differences highlighted by the arrows ( extra ridges on the fakes, smaller gap on the fakes). And if you look at the leg of the jumpman ( see yellow arrow) it appears to be elongated on the fakes. 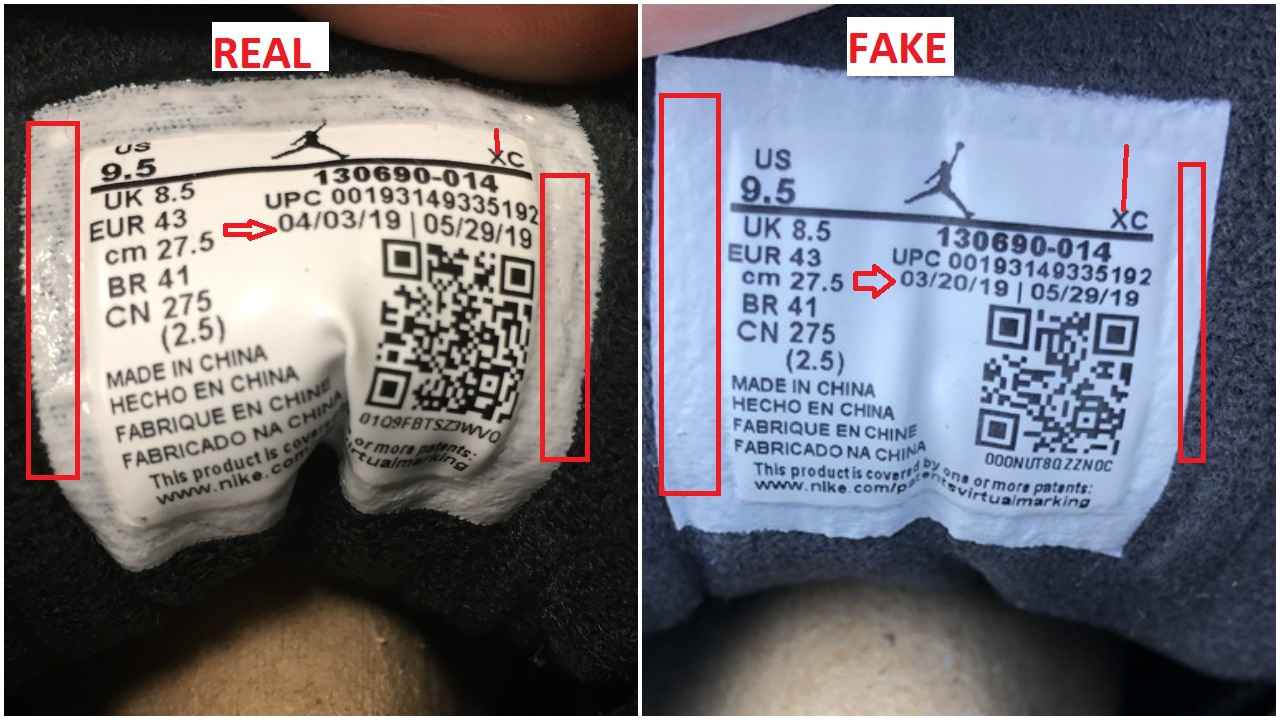 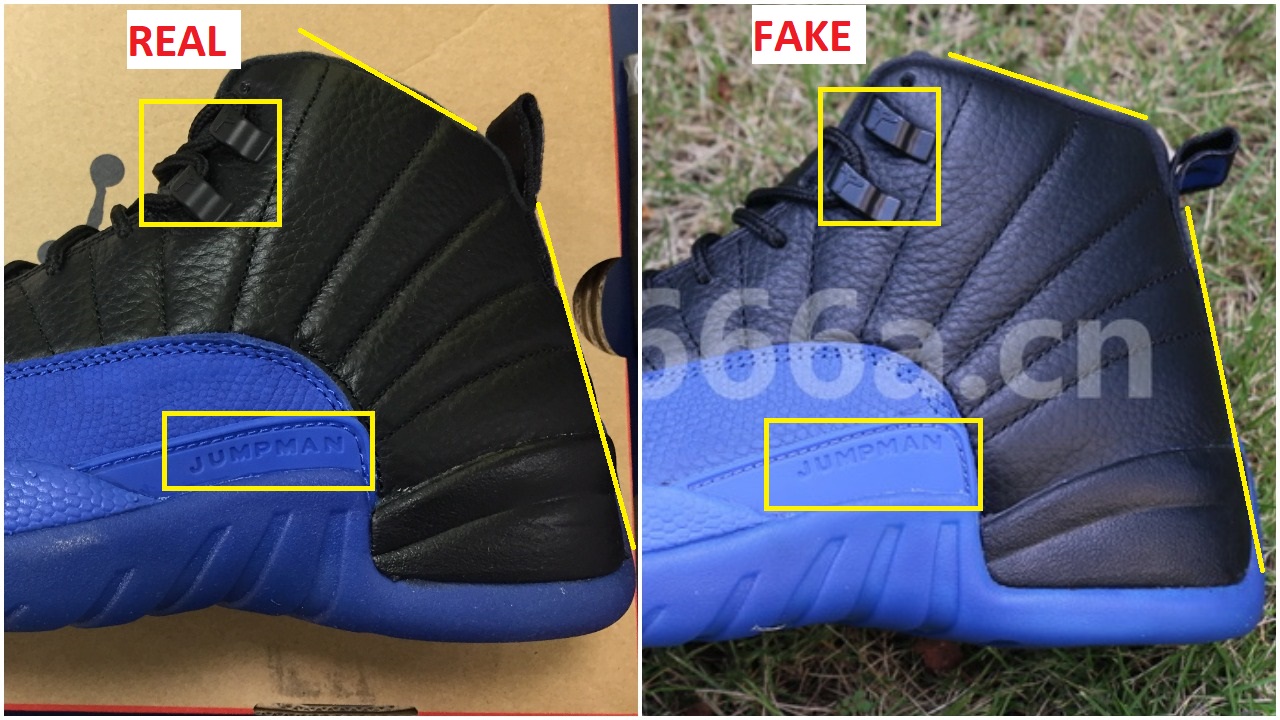 There you have it folks, if I notice more differences in weeks to come, I’ll be sure to update the post.