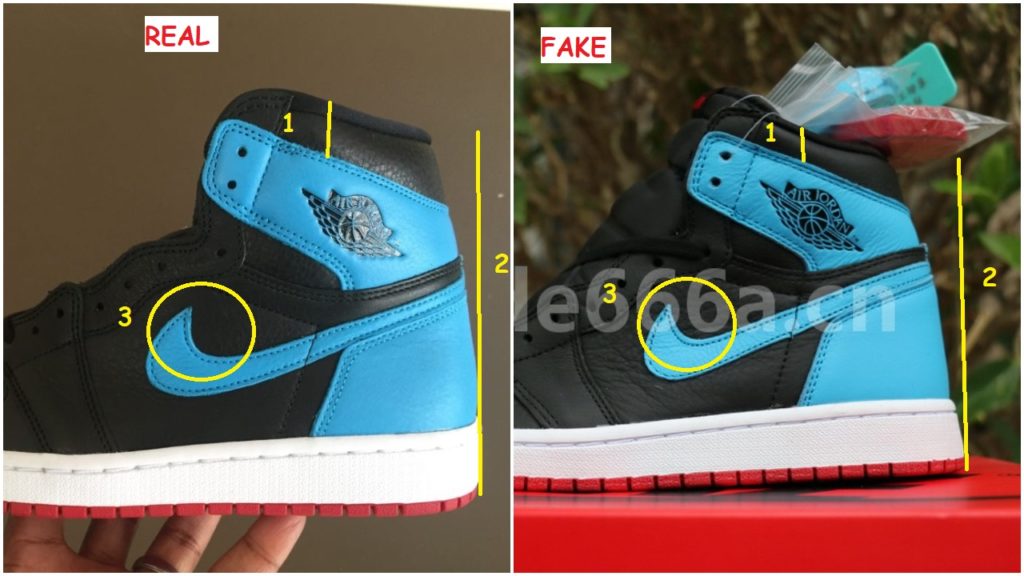 The Air Jordan 1 UNC To Chicago released on Friday February the 14th just in time for Valentine’s day. I wrote a projection post on its resale value and the possible number of pairs produced, see link below

Air Jordan 1 UNC To Chicago | Resale Value & How Many Pairs Possibly Made?

The fake air jordan 1 UNC to Chi has been on the market for several weeks, but I was waiting to get my hands on an authentic pair to do a comparison. I picked up a pair in size 10 yesterday and immediately went into the lab for a side by side comparison. Just as shoes can be counterfeited, the Gospel of Christ can also be counterfeited, and as a matter of fact the apostle Paul, John, Peter and the Lord Himself warns us against false teachers who twist the word of God to serve their purpose. How can you recognize a false teacher? Peter gives us some of their characteristics,

2 But false prophets also arose among the people, just as there will be false teachers among you, who will secretly bring in destructive heresies, even denying the Master who bought them, bringing upon themselves swift destruction. 2 And many will follow their sensuality, and because of them the way of truth will be blasphemed. 3 And in their greed they will exploit you with false words. Their condemnation from long ago is not idle, and their destruction is not asleep.

4 For if God did not spare angels when they sinned, but cast them into hell[a] and committed them to chains[b] of gloomy darkness to be kept until the judgment; 5 if he did not spare the ancient world, but preserved Noah, a herald of righteousness, with seven others, when he brought a flood upon the world of the ungodly; 6 if by turning the cities of Sodom and Gomorrah to ashes he condemned them to extinction, making them an example of what is going to happen to the ungodly;[c] 7 and if he rescued righteous Lot, greatly distressed by the sensual conduct of the wicked 8 (for as that righteous man lived among them day after day, he was tormenting his righteous soul over their lawless deeds that he saw and heard); 9 then the Lord knows how to rescue the godly from trials, 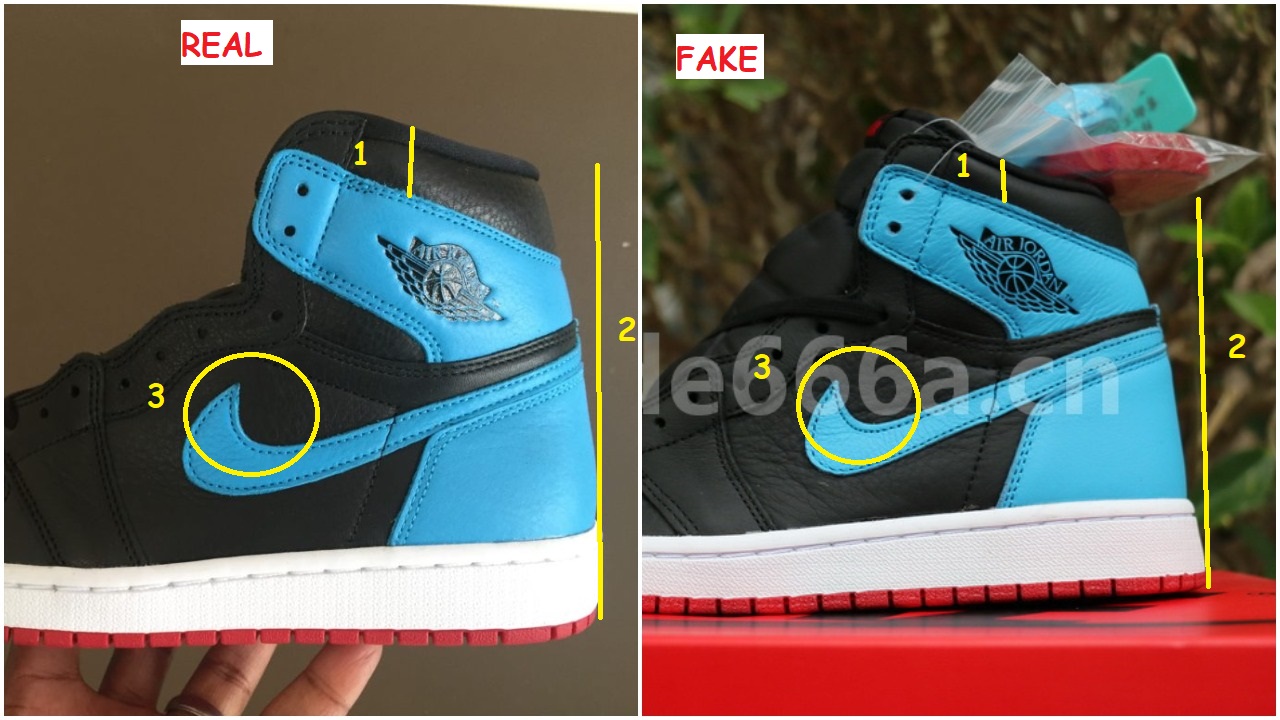 The height of the Jordan 1 High  is always a problem when it comes the fakes, they can never get it right. As you can see, (2) shows you how the fake pair is shorter than the authentic pair.

(1) the spacing between the quarter panel strap and the heel liner is smaller on the fake pair. 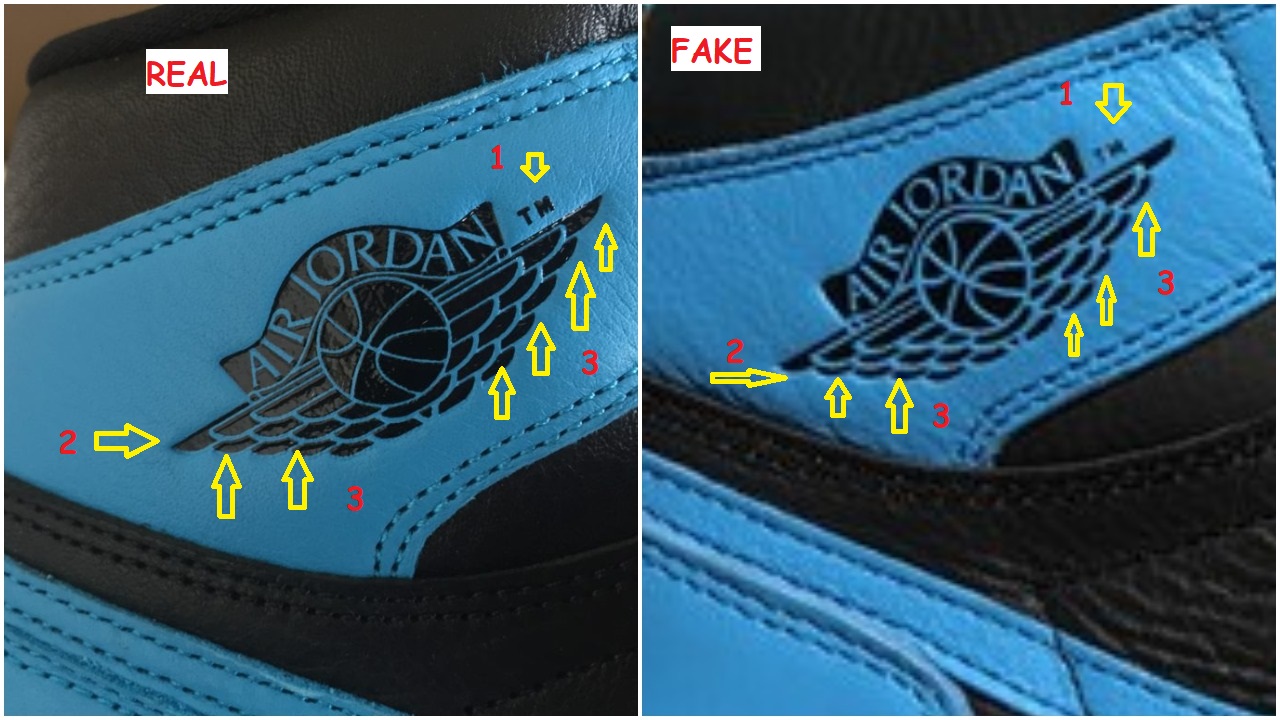 The whole wings logo is more refined on the authentic pair than it is on the replica. 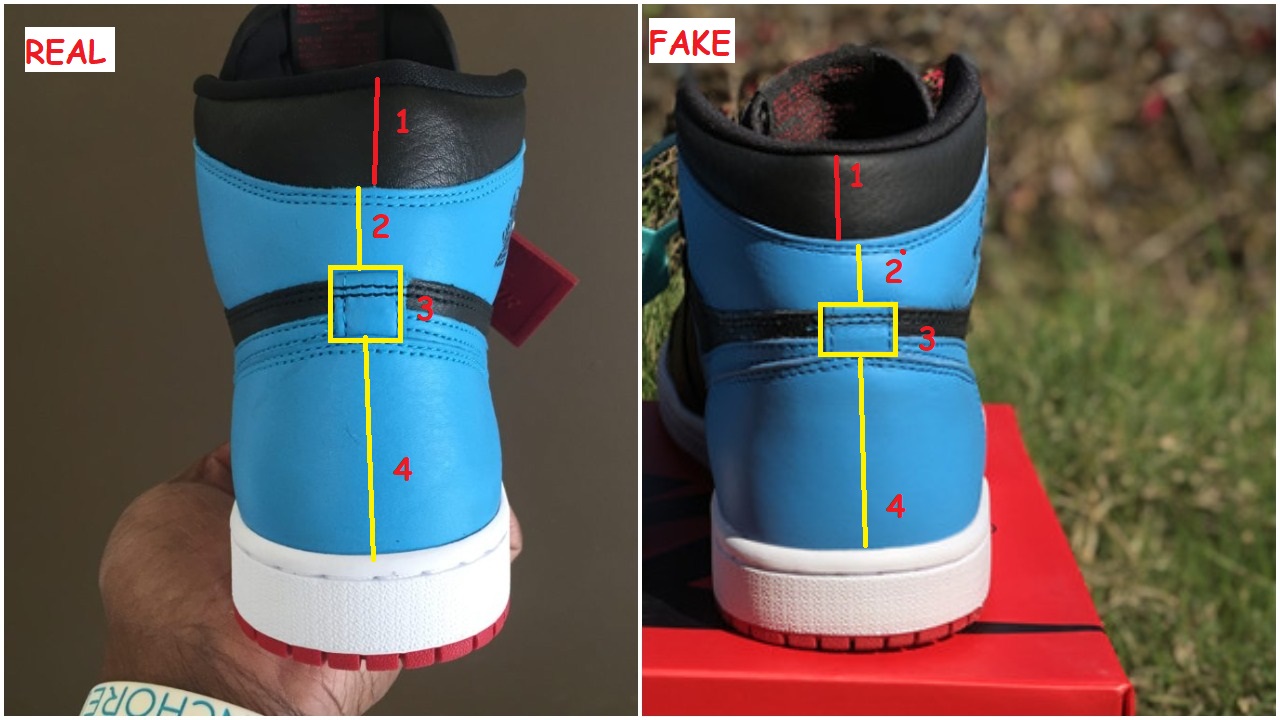 (1) the gap between the upper part of the edge of the heel overlay and the liner is wider on the authentic pair.

(3) the middle tab is also longer on the authentic pair

(4) the gap between the middle tab and the edge of the midsole is also wider on the authentic pair. 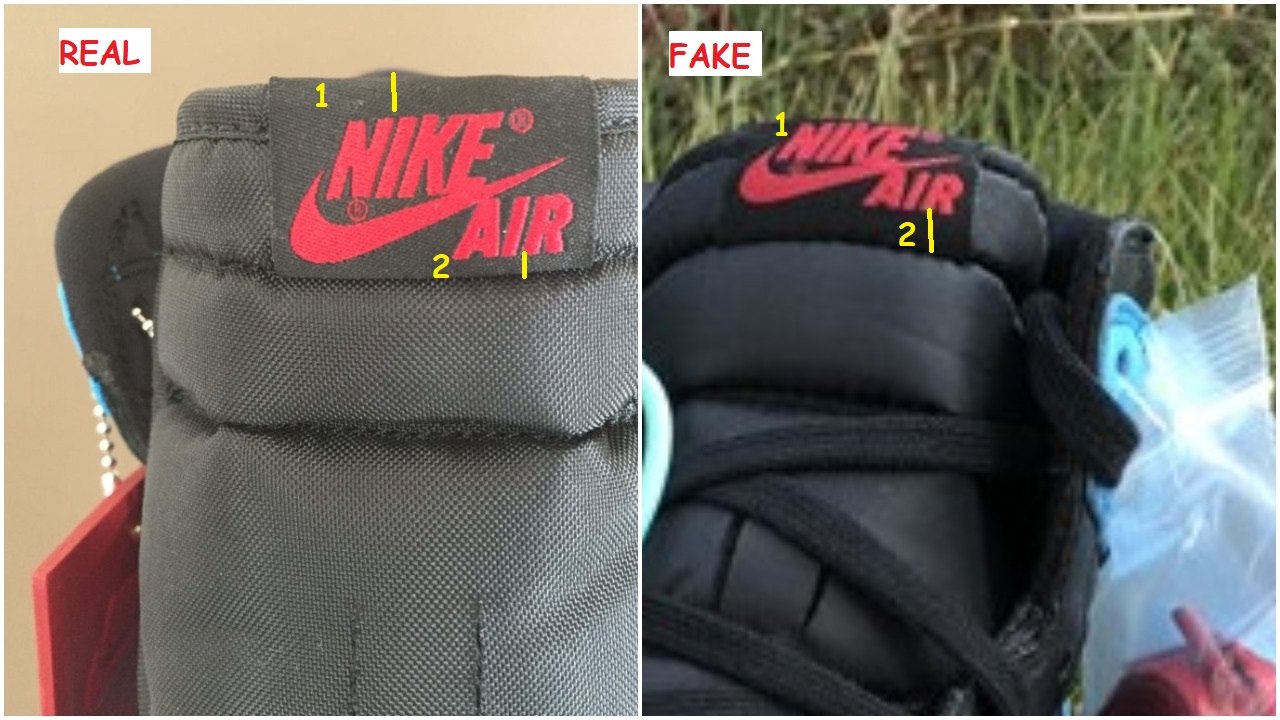 (2) the gape between the logo and the bottom edge of the tongue tab is wider on the fake pair. ( the logo is supposed to be properly centered) 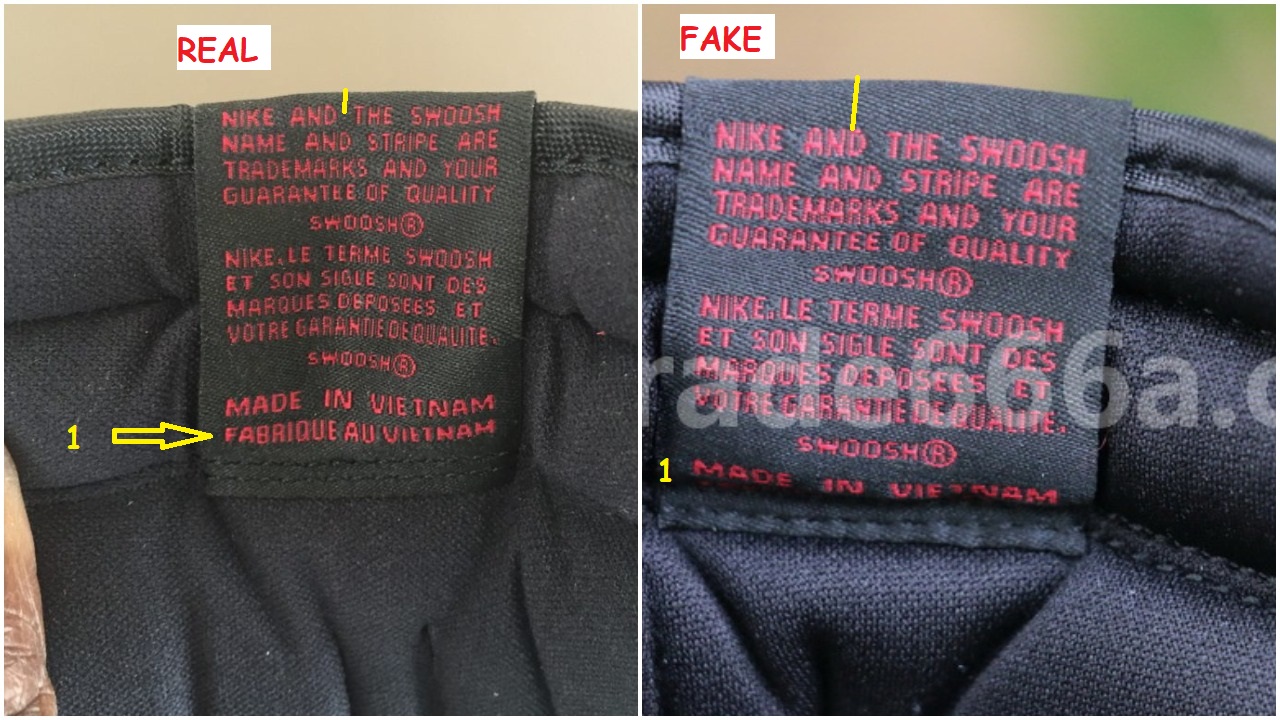 More spacing issues with the trademark notice on the inside of the tongue ( see yellow line). (1) The fake pair is missing the french translation of the ” made in Vietnam”. 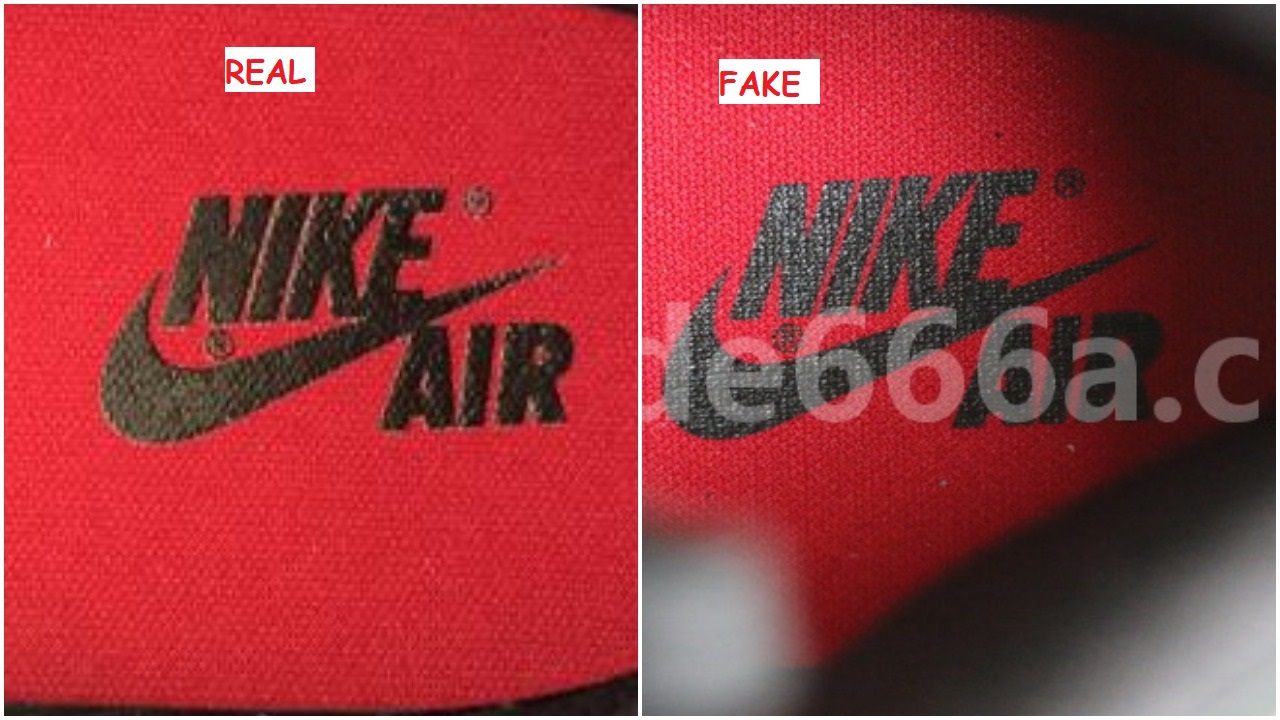 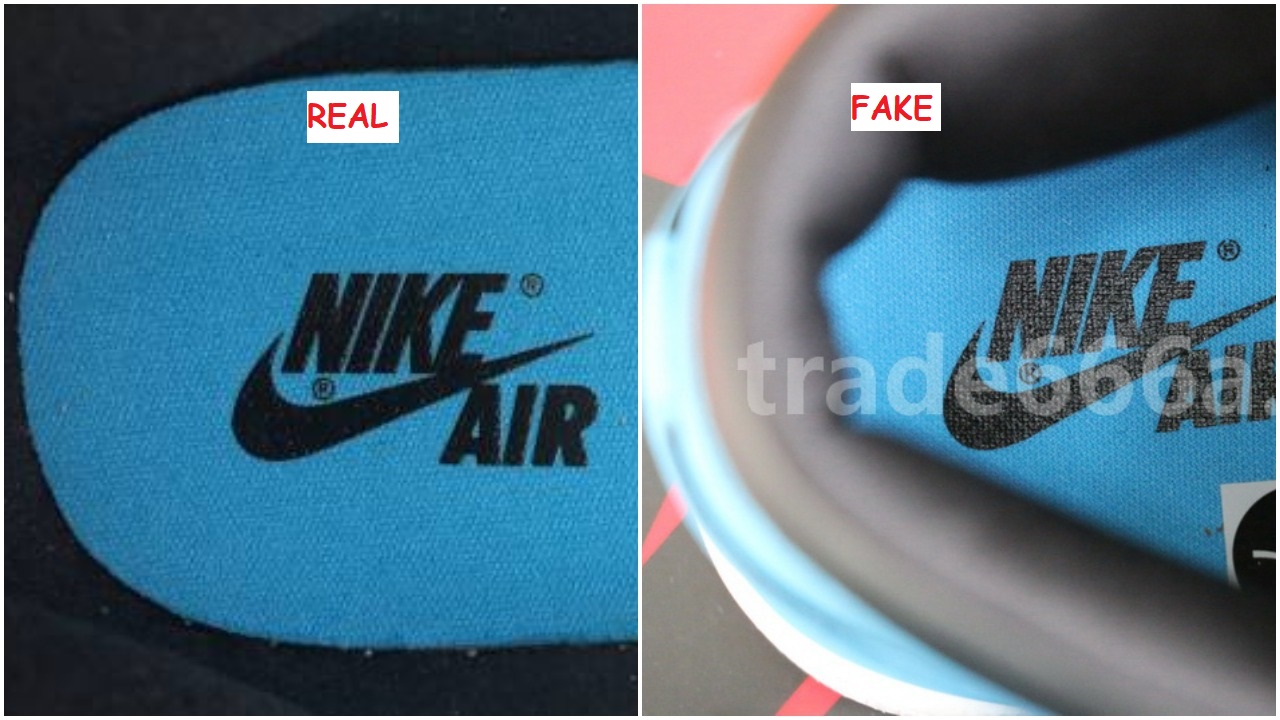 You can clearly see that the material used on the branding on the insole is different, it appears to have white spots on its surface on the fake pair ( probably because of the cheap ink used on it). 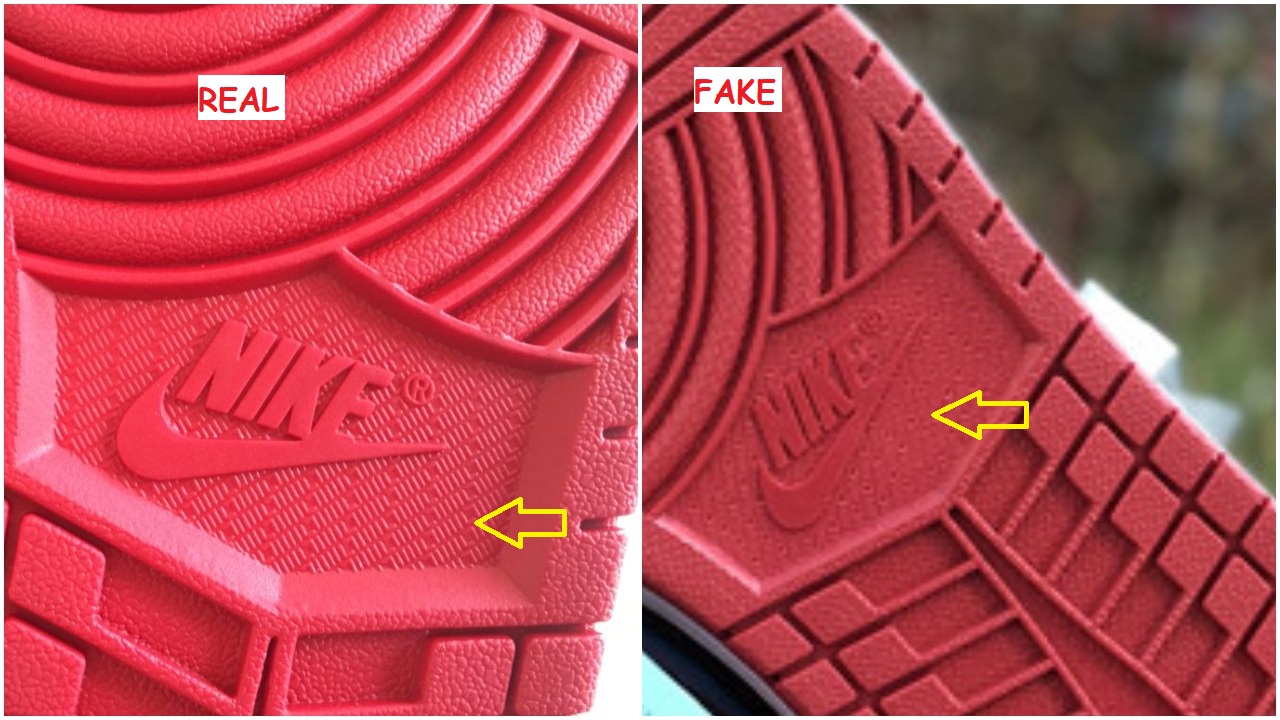 The pattern of the enclosed logo area on the outsole is almost non existent on the fake pair, see yellow arrow.