Yeah yeah yeah, here we go again, The Air Jordan 1 Retro High OG UNC set to drop on October 10th of 2015 is already creating a lot of buzz and is probably going to be one of the best models of the Air Jordan 1 released this year. Like its predecessors, these shoes have already been replicated and they have hit the market and you will find them on ebay and many online shops.Unless you know who you are buying these Air Jordan 1 Retro UNC from, my suggestion is to purchase them from an authorized retailer like Footlocker, Footaction, Champs. But if you cannot purchase them from  any of these places and would rather try your luck on the internet, then take a look at our comparison between the Fake and the Real/authentic pair  prior to making your purchase.

1.  top :When you zero in on the circle on the top, the pattern and material used on the Fake shoes is similar to a cheap quality faux leather/microfiber but the Real pair is made of tumble of leather.
2. look at the circled area on the bottom; on the Fake shoe the pattern is not similar to that of the real pair ( you can clearly see the lines on the real pair ) and on the Fake pair they are almost impossible to see.
2.shape: the shape of the fake pair (see the black lines on the sides) is pretty much straight with no curving whatsoever and on the real one you can see how it curves on the side.
3. take a look at the squared areas on the back , the stitching is different and more dense and darker on the Real pair and lighter on the Fake pair.
4. Look at the red arrow pointing down ( the gap on the midsole is different on both pairs)  the midsole of the Fake pair is wider than that  of the Real pair)
5.  The yellow arrow also shows that the gap between the edge of the midsole and the sole is bigger on the Fake pair and smaller on the Real pair
SIDEVIEW 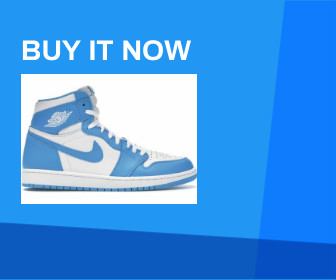