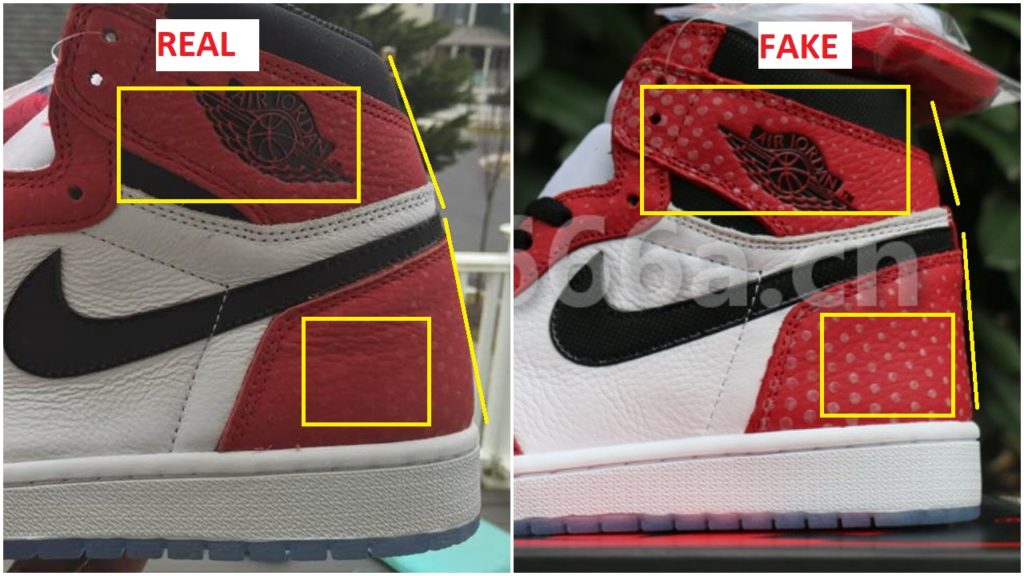 Here are quick ways to identify the fake pair of the Jordan 1 Origin Story “Spiderman”. The replica pair in the slides below will probably receive an upgrade as soon as the bootleggers realize where they’ve missed the mark so stay tune for further updates. 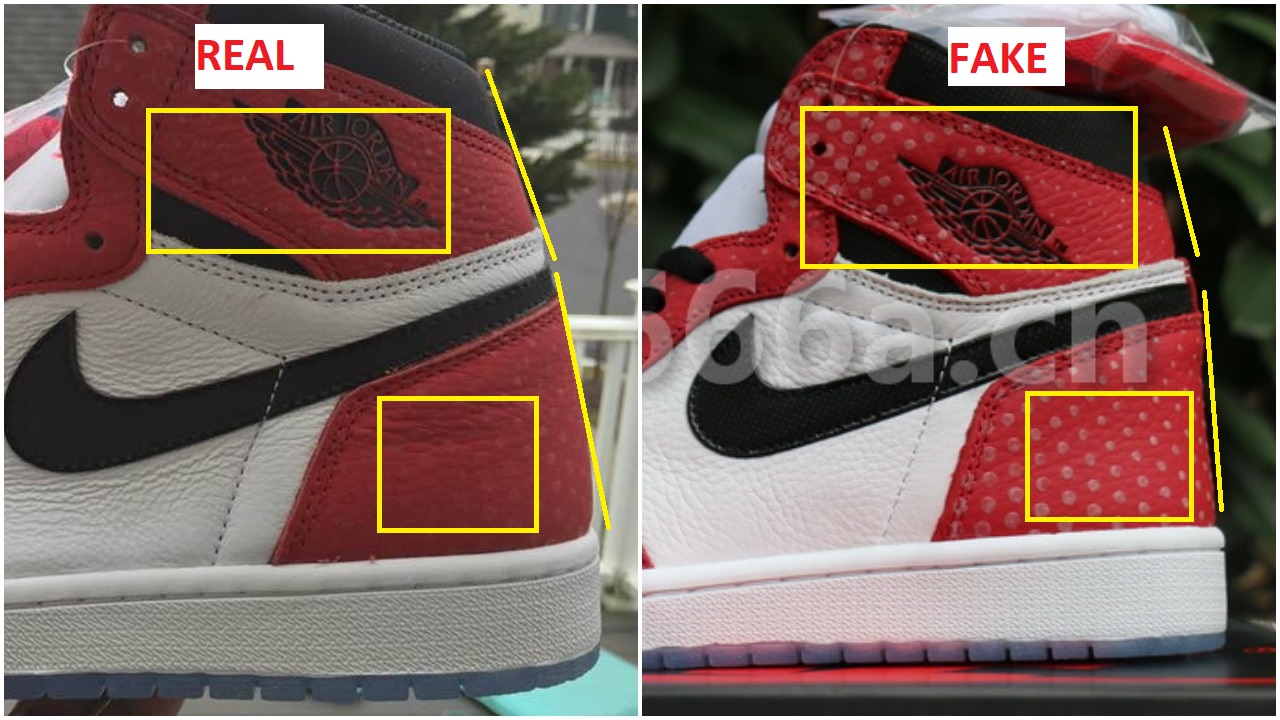 The fake pair literally has no inclination at the heel ( it’s almost vertical). The yellow squares are highlighting the fact that the dots are very vivid on the fake pair and subtle on the authentic one. 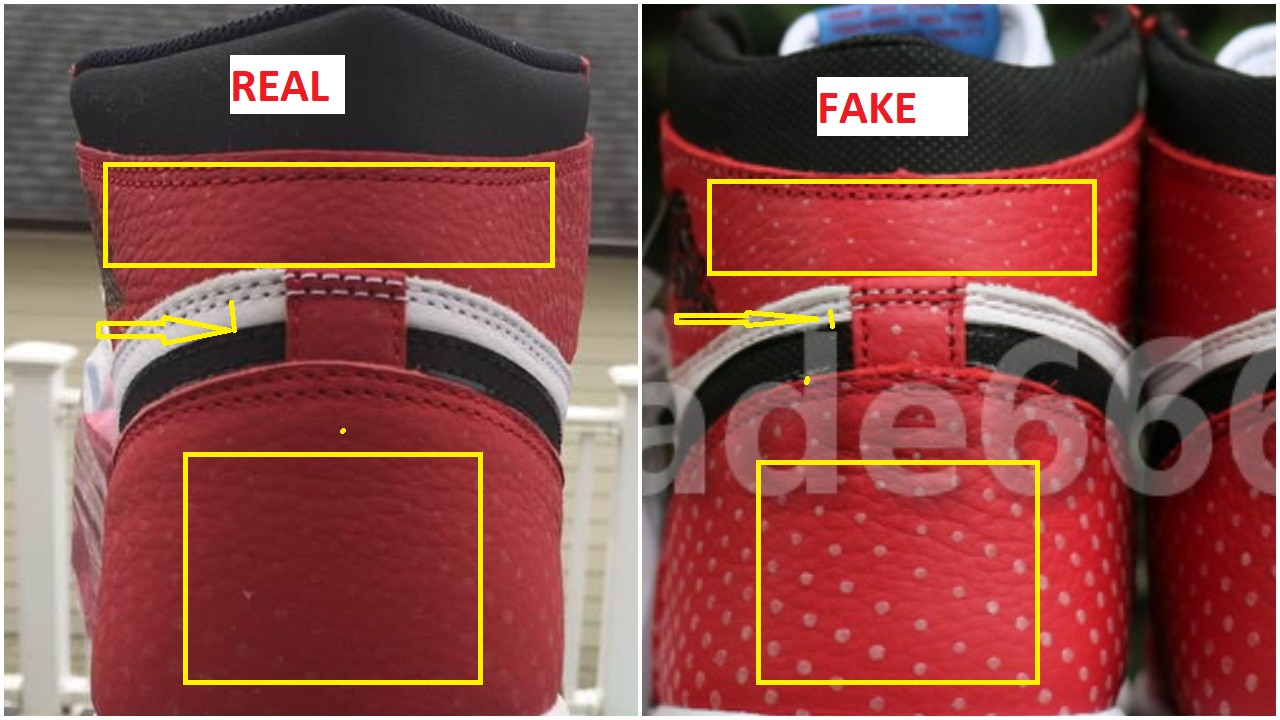 You can clearly see the contrast between both pairs in the picture above ( the dots are very pronounced on the fakes, they are supposed to only show when the flash is on). The yellow arrow and line are supposed to show you how the gap on the white overlay is smaller on the fake pair. 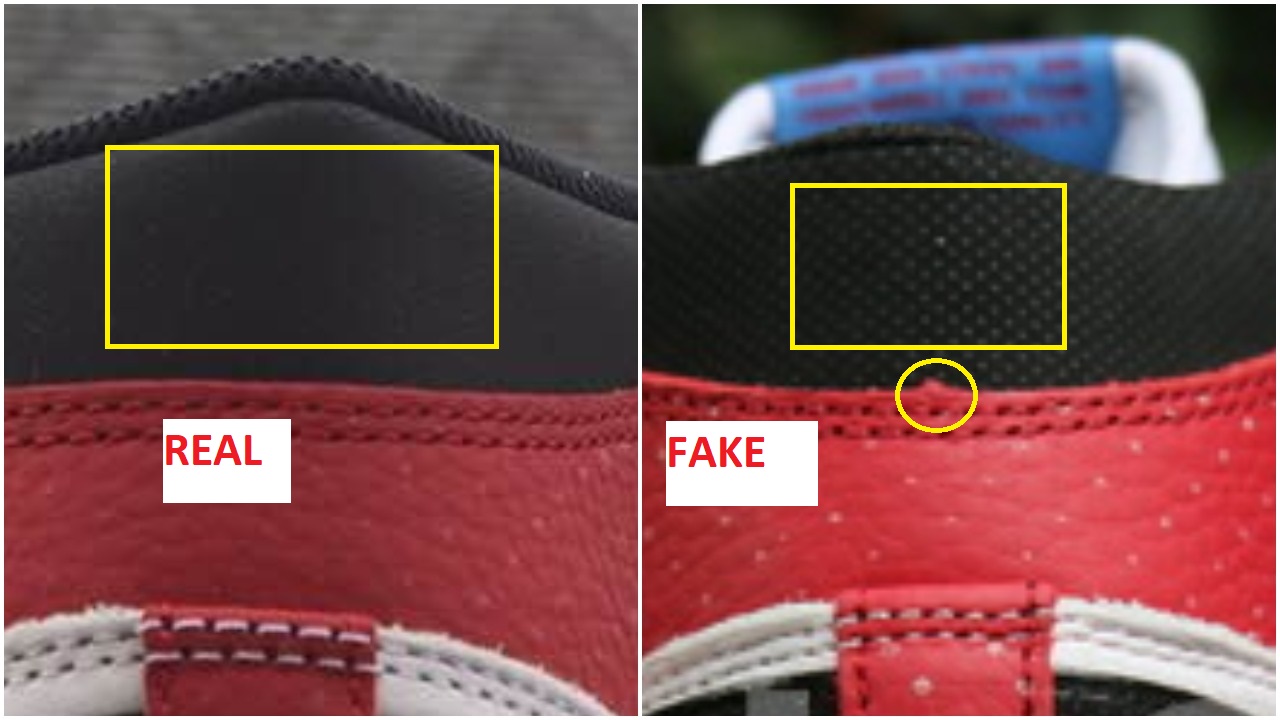 The fake pair feature a little peak ( see yellow circle); also highlighted are the apparent dots on the heel liner on the fake pair.  They are basically non existent on the authentic pair. 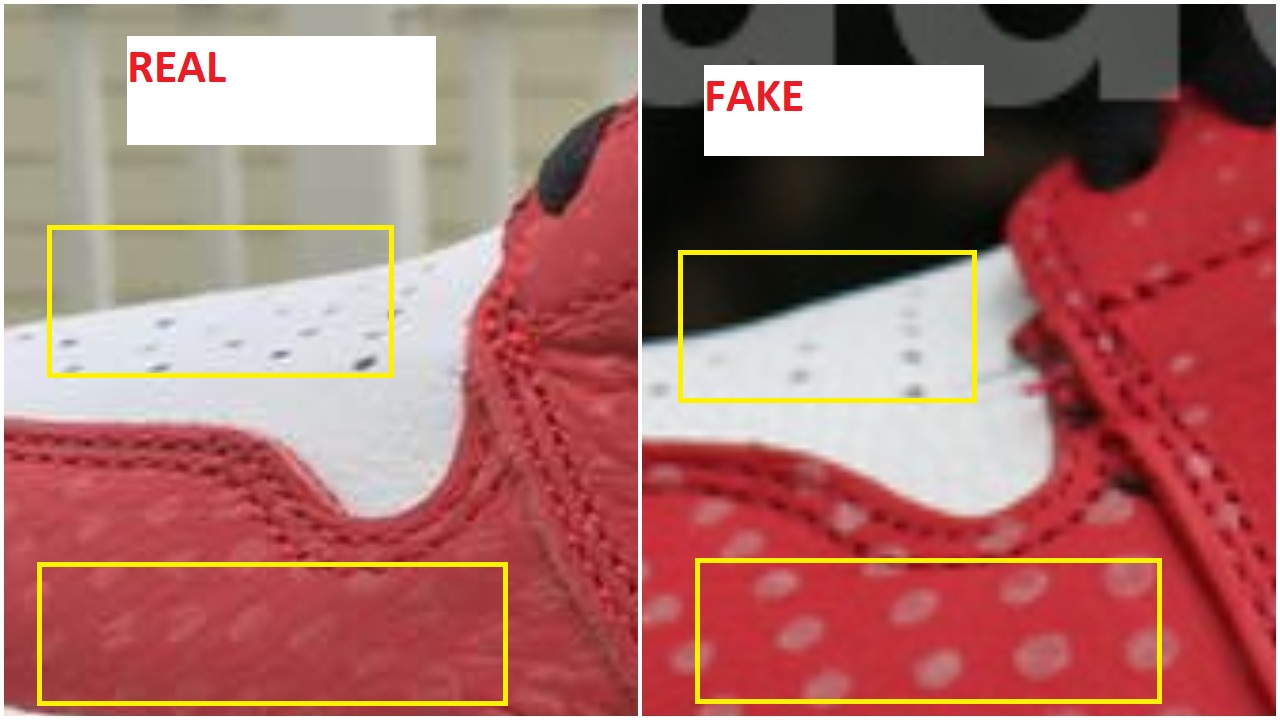 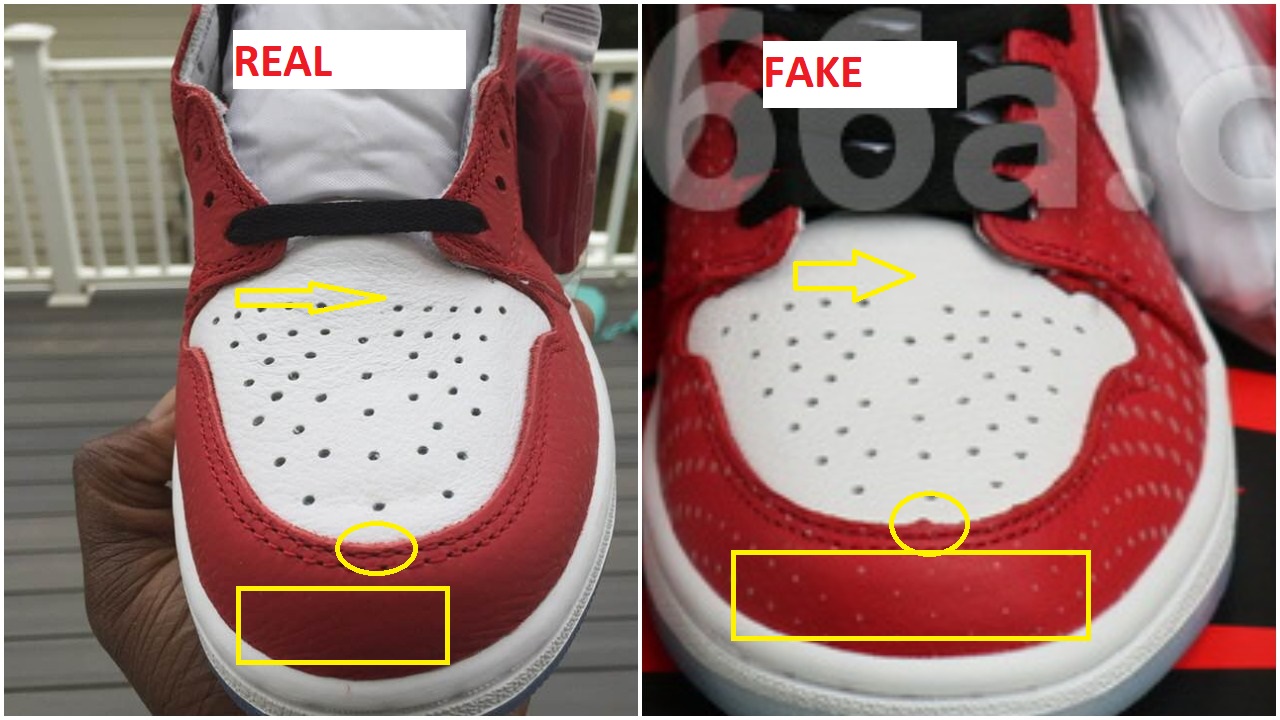 The picture above needs no comments as I’ve already pointed out the same nuances in the previous images. I do want to highlight the difference in the material on the toe box ( soft tumbled leather on the real pair and a it rigid on the fakes). 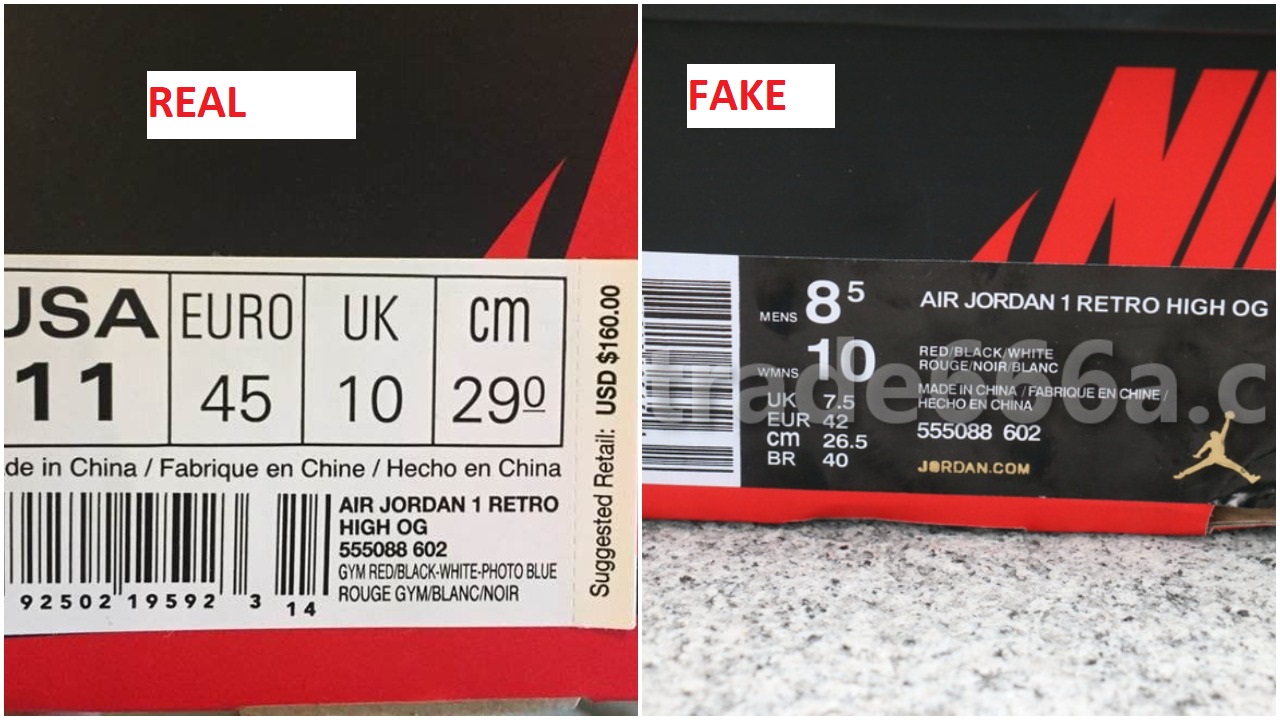 The fake pair has the wrong label ( but this something that will be fixed on the next batch of bootlegs). 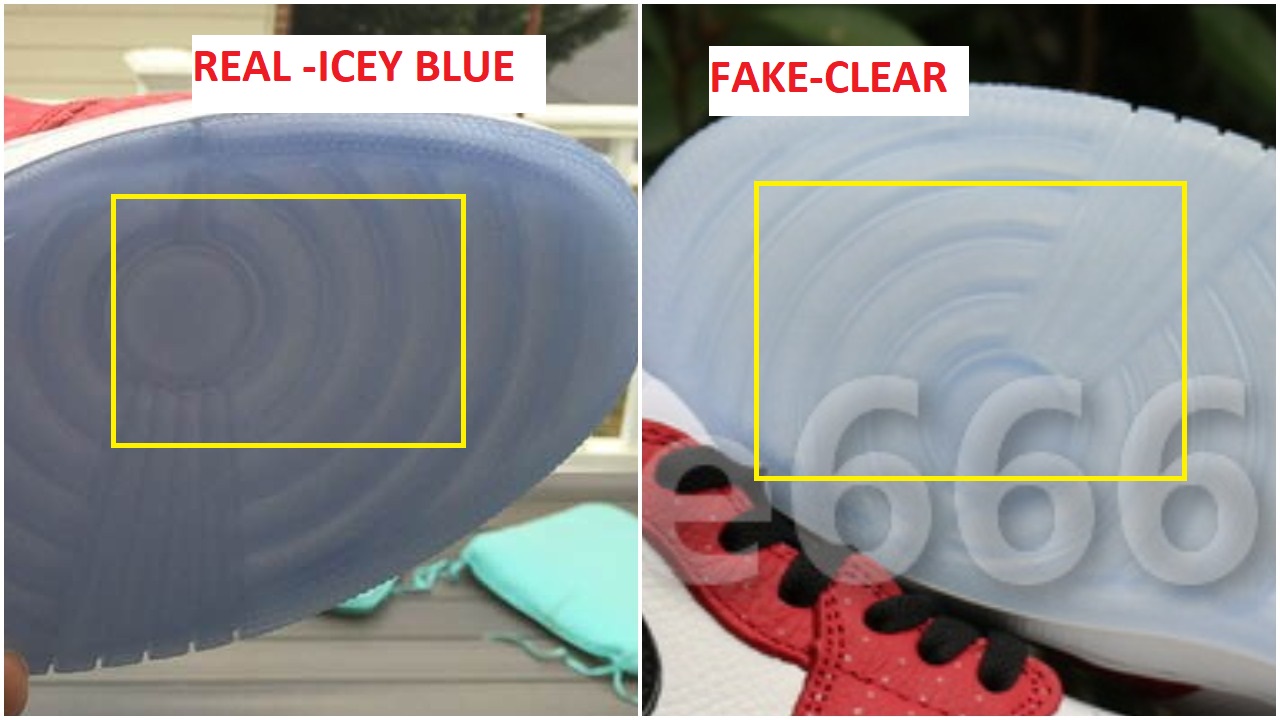 The real pair’s outsole is dark/blue while the fake pair’s one is light blue or shall I say clear. 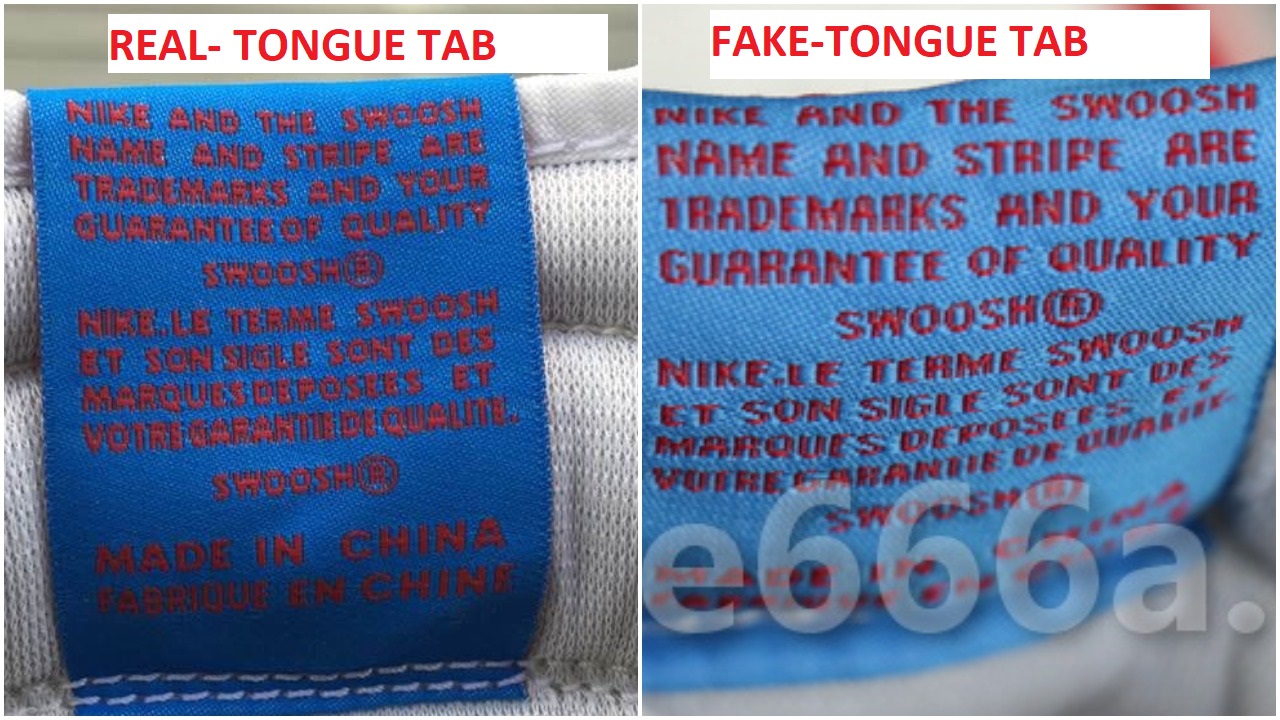 There you have it folks, I’ll be updating this post soon; for those looking for legitimate pairs, refer to the listings below