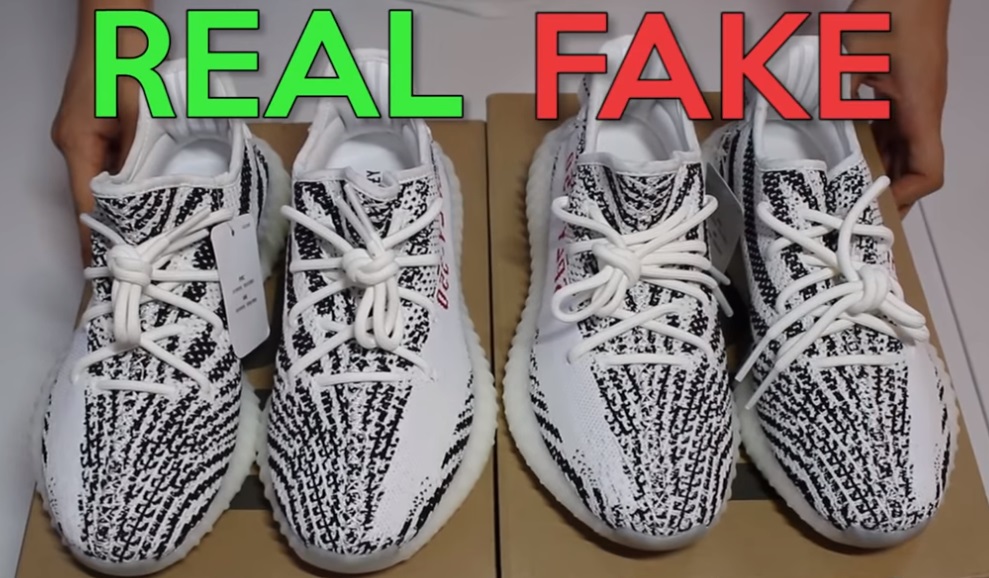 As you already know, I have done many comparisons between fake and authentic sneakers. But the replica industry has perfected their counterfeits to the point where it is almost  impossible to detect a fake by simply looking at pictures of it. I’m saying all this to say that I must have both the fake and authentic pairs on hands to do a comparison. So I decided to scout the internet for some of the best authentication tutorials. Today I came across another good video via Youtuber Sneakehound; he did a side by side comparison between the real and the fake Adidas Yeezy 350 Zebra, and I’ll invite you to watch it thoroughly. I do want to point out the key differences  that he mentioned. 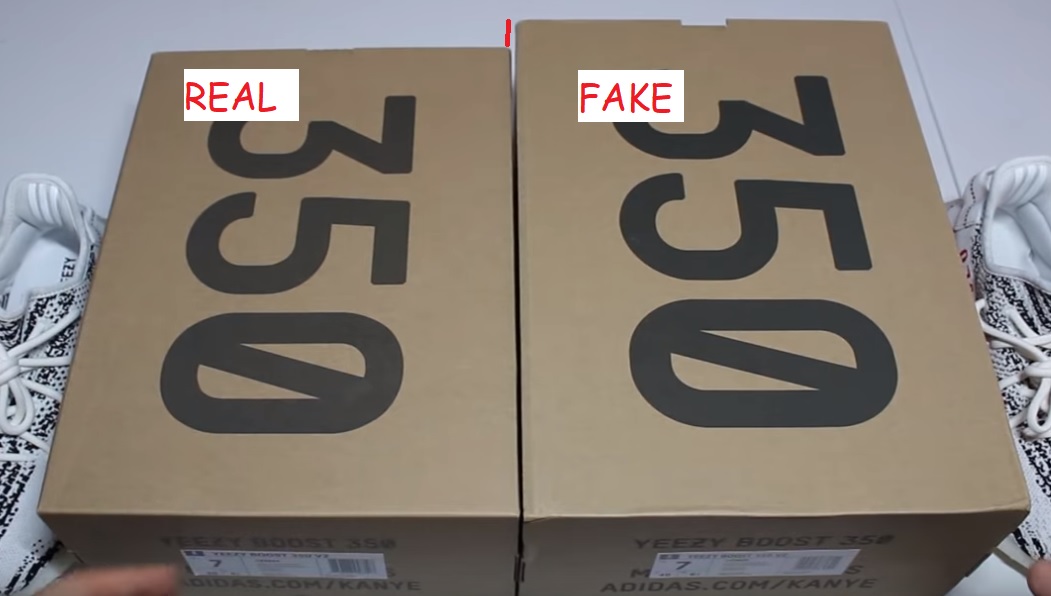 You can see that the Fake Box is about 2 inches longer than the authentic box ( by the way both shoes are of the same size, size 7). 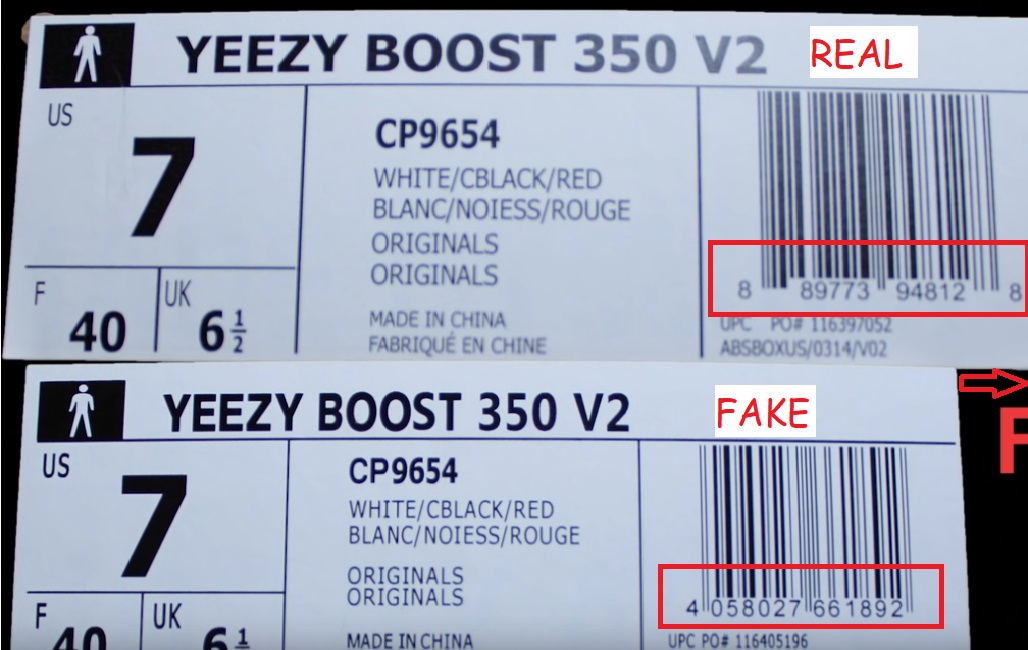 He didn’t mention the differences in the UPC code, so I wanted to add that. You’ll also notice that the fake pair label is shorter than the authentic pair’s label.

The host also mentioned some other key differences that I wanted to mention prior to sharing the entire the video. The authentic pair must have a sticker on  the right pair, see picture below , Here is how to identify the Fake Adidas Yeezy 350 V2 Zebra