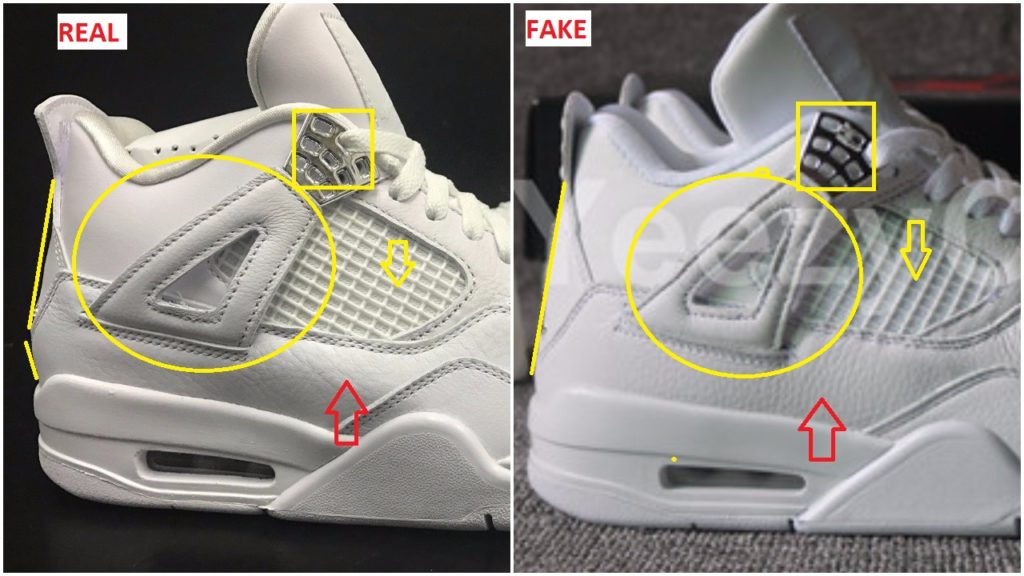 The Pure Money 4 will release officially on Saturday May 13; fake pairs of the shoes were out months ago but I was waiting for the official pictures to do the comparison. These Fake Air Jordan 4 pure money are by far the worse pair of  replicas I’ve come across. For those who have been around sneakers since the 90’s, you probably wouldn’t need this comparison. The flaws can be easily spotted even without a pair of authentic on hand. The Jumpman logos do not look the same- the fake pair seems to have a protuberant belly and knee cap. The silver jumpman on the real pair seems to pop out an inch more than the one on the fake pair. As a matter the jumpman on the fake is much wider. I also circled the double stitching right above the jumpman, you can see clear differences. The bumps on the back tab are thicker on the authentic pair. The box labels do not have the same font and the fake label has the wrong colorway ( it reads white/silver instead of white metallic silver).

For those looking for authentic pairs, here is a list of online retailers with legit pairs you can buy from, CLICK HERE 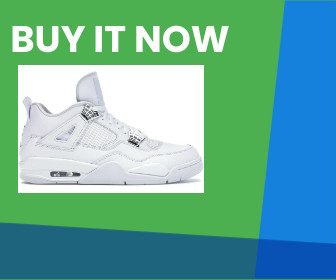