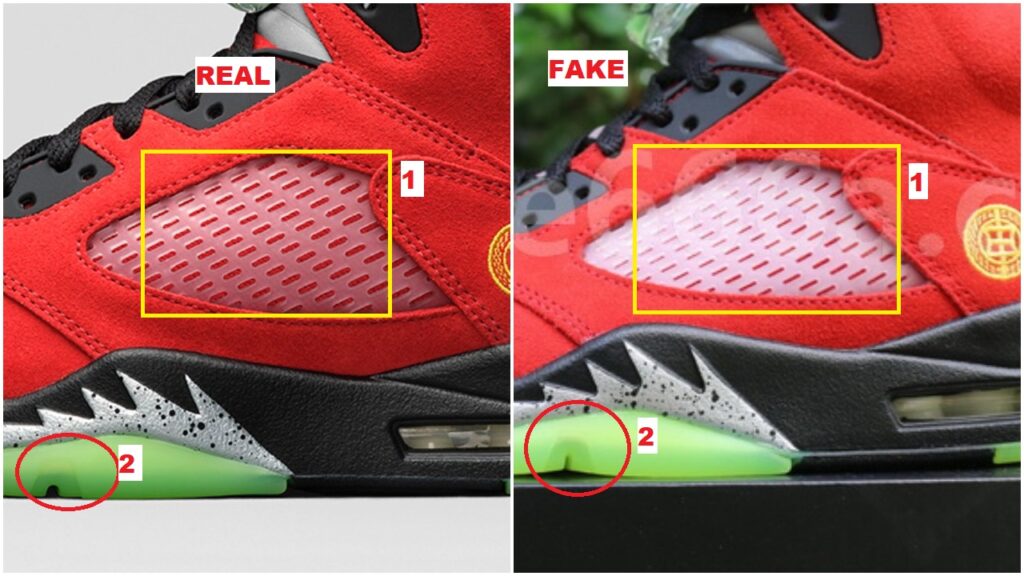 The What The Air Jordan 5 will officially release on November  the 7th and I can guarantee you that it is probably one of the most anticipated shoe of the year. And since that is the case, the replica industry is going to do everything within its power to capitalize on this model. Fake pair of the “What the Jordan 5″ are already out, in this post I’ll quickly show you how to spot the replicas, prevention is always better. Before I do that, here are other quick tips to avoid being taken advantage of.

One of the dead giveaway is the smell/odor of the glue uses to patch up the shoe. If the glue smell is really strong to the point of irritating your nostrils, then you’ve probably being dealt a fake pair.

Ask for a receipt to check out the provenance of the shoe you’re receiving. ( but even receipts can be duplicated these days). But if the seller doesn’t have one, I’ll stay away from him/her.

The shoe does not drop till November the7th so anybody selling it earlier than that date is probably selling carrying fakes.

4. NOW LET’S LOOK AT THE NUANCES 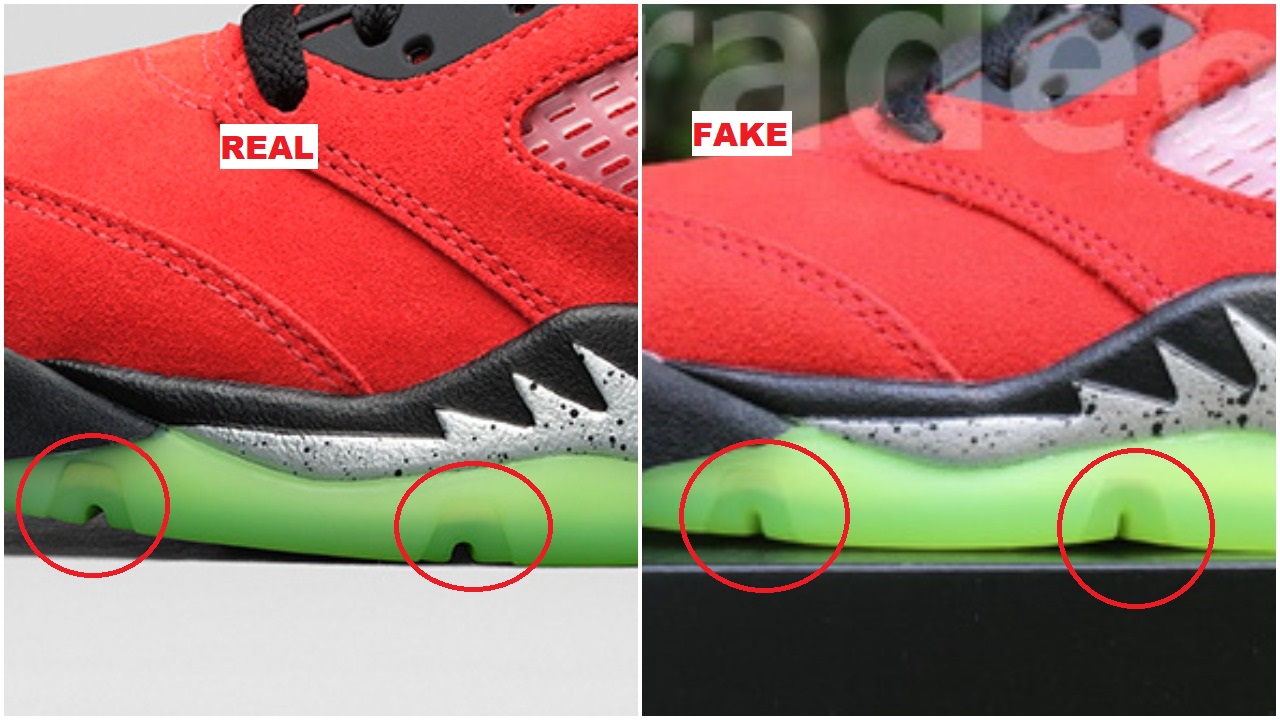 Official pictures of the What The Jordan 5’s were released earlier today and I used them to do a side by side comparison. Fake pairs always mess up the indentation on the midsole, at times the crevice isn’t “3D” and in this particular case, even though it’s “3D” , the hole is a bit too narrow in comparison to the authentic pair. 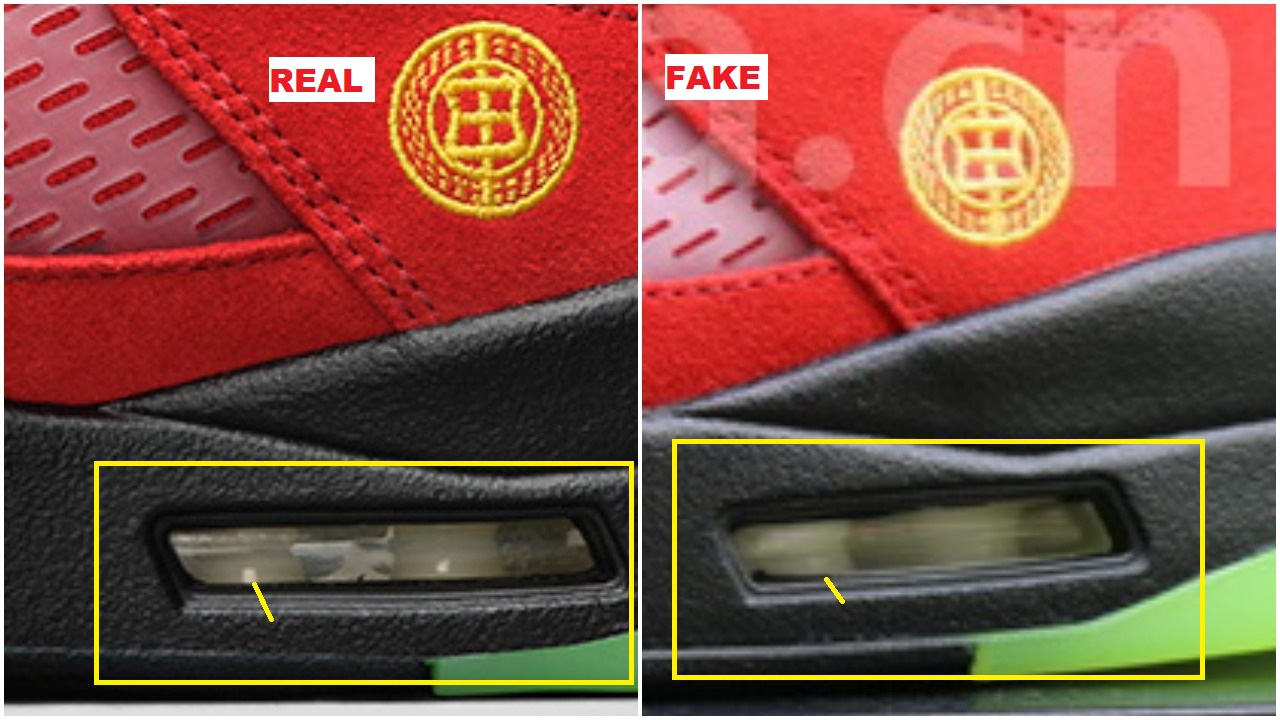 Another major problem with fake jordan 5’s is the spacing between the screen of the air chamber and the edge of the midsole, it’s usually smaller on fake pairs, see picture above. You can also see how foggier the screen is on the fake pair. 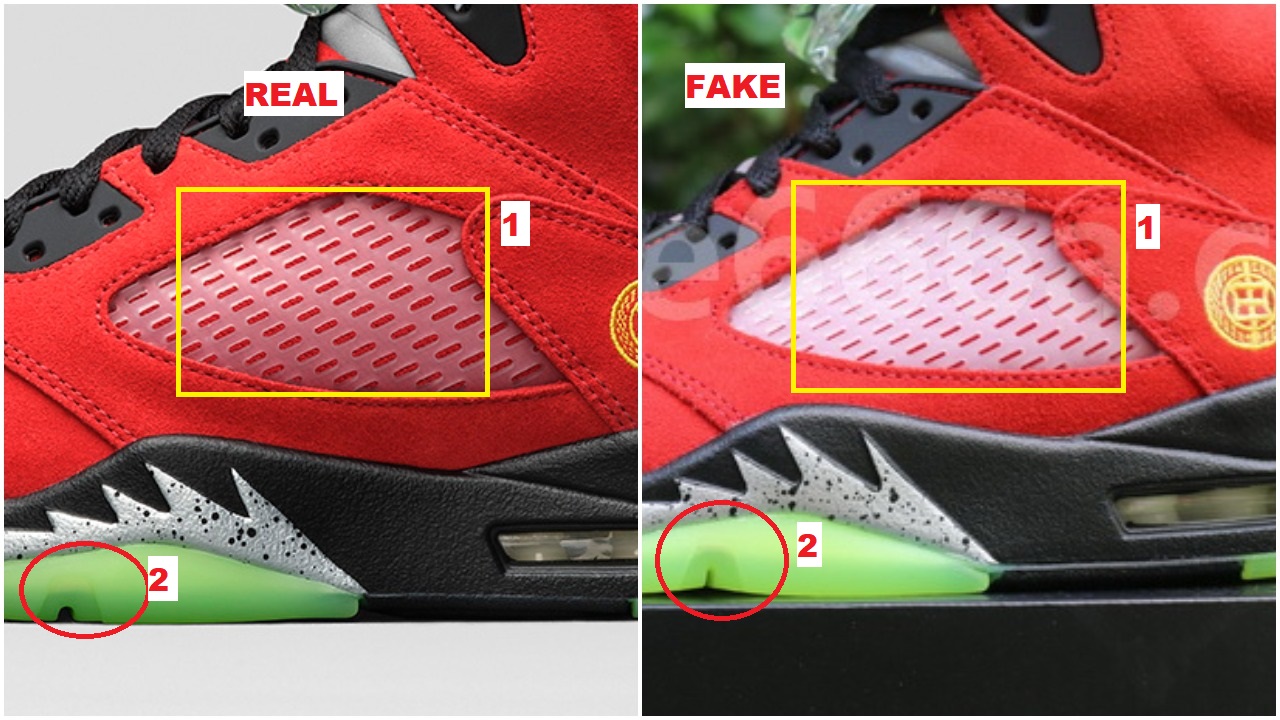 (1) The netting on most fake jordan 5’s is built with a harder plastic material and its color is usually not very limpid and clear as the netting on the authentic pair, see image above. 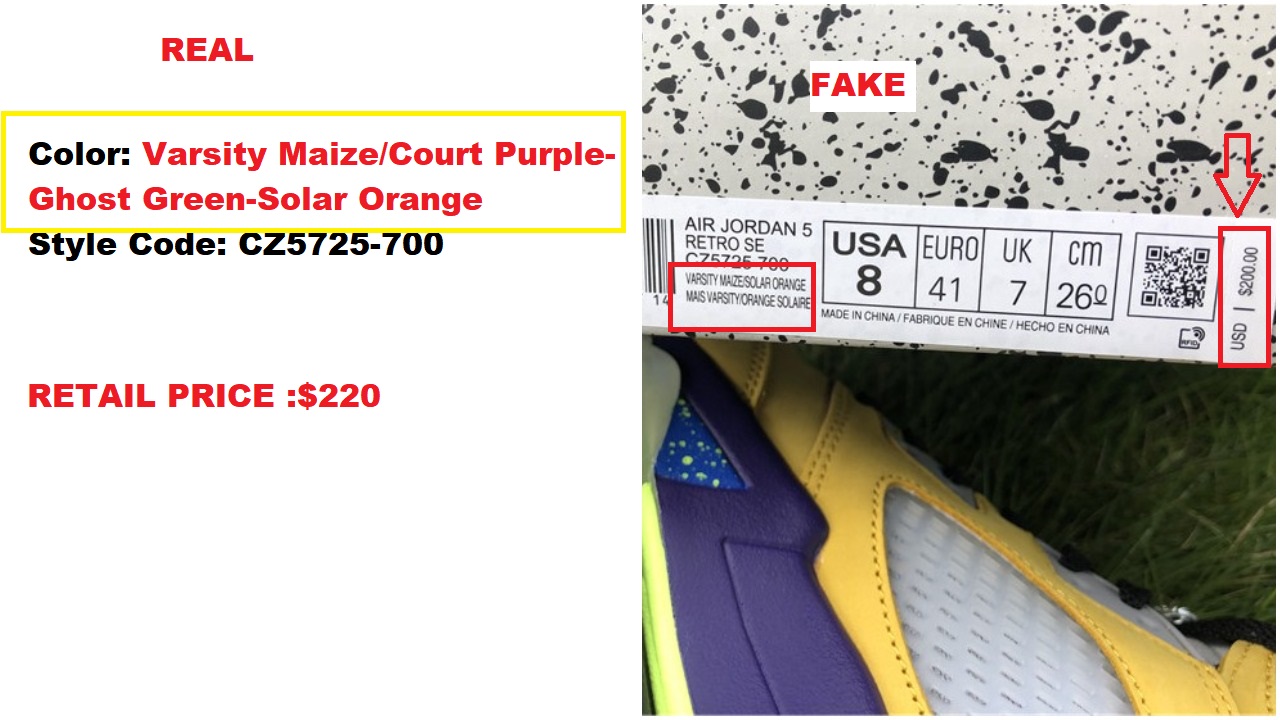 There are two things worth mentioning here, first the color code is wrong on the fake pair and the shoe’s MSRP is $220 , but the fake pair displays a $200 MSRP. 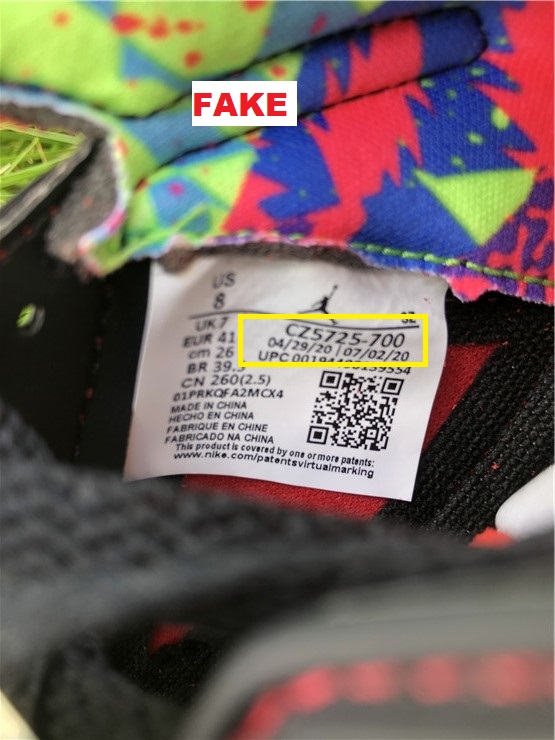 I’ll also strongly encourage you to stay away from any seller whose production date is similar to the one on the picture above ( 4/29/20- 7/2/20).

There you have it folks , I’ll strongly encourage you to only purchase the “what The Jordan 5” from reputable sellers or legitimate retailers.

I released the video below to teach you ways to authenticate your sneakers, be sure to watch it in its entirety to understand how important it is.