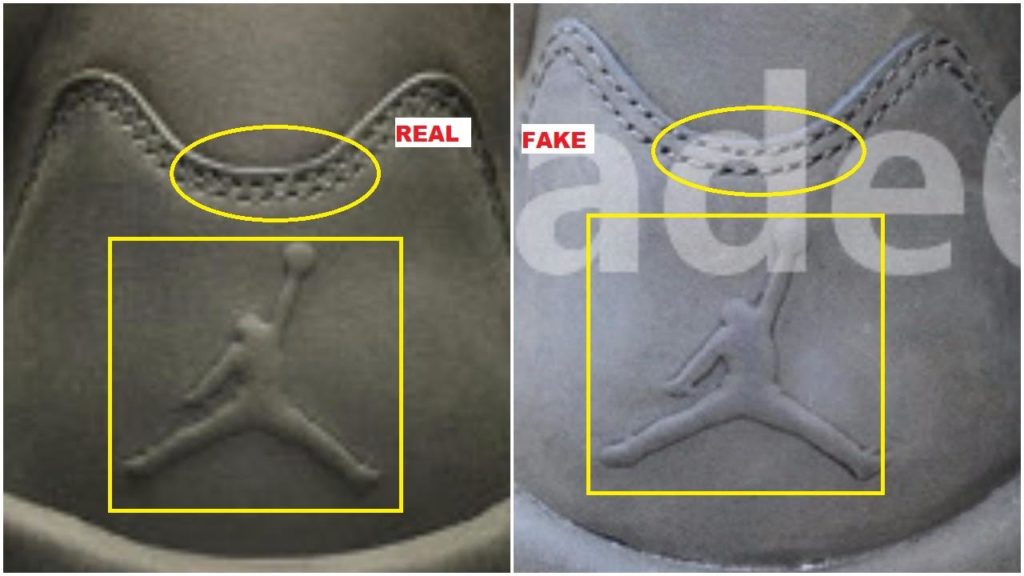 I actually wasn’t going to go through with this comparison; I started it on Monday and after looking at the first set of pictures, I wanted to abandon the project. So I remembered a story I was told about a Chemistry professor that made his students dissect a fish, observe it for several hours and then record what they saw. The story gave me enough motivation to pick up where I left off; but I’ll be honest again: the flaws on these Fake Air Jordan 5 Take Flight are really irrelevant. Now I haven’t dissected  the shoes to check for  the functional components ( zoom air unit). But most sneaker heads don’t even play basketball and are only interested in the aesthetic aspect of their sneakers. Nonetheless here is the comparison: 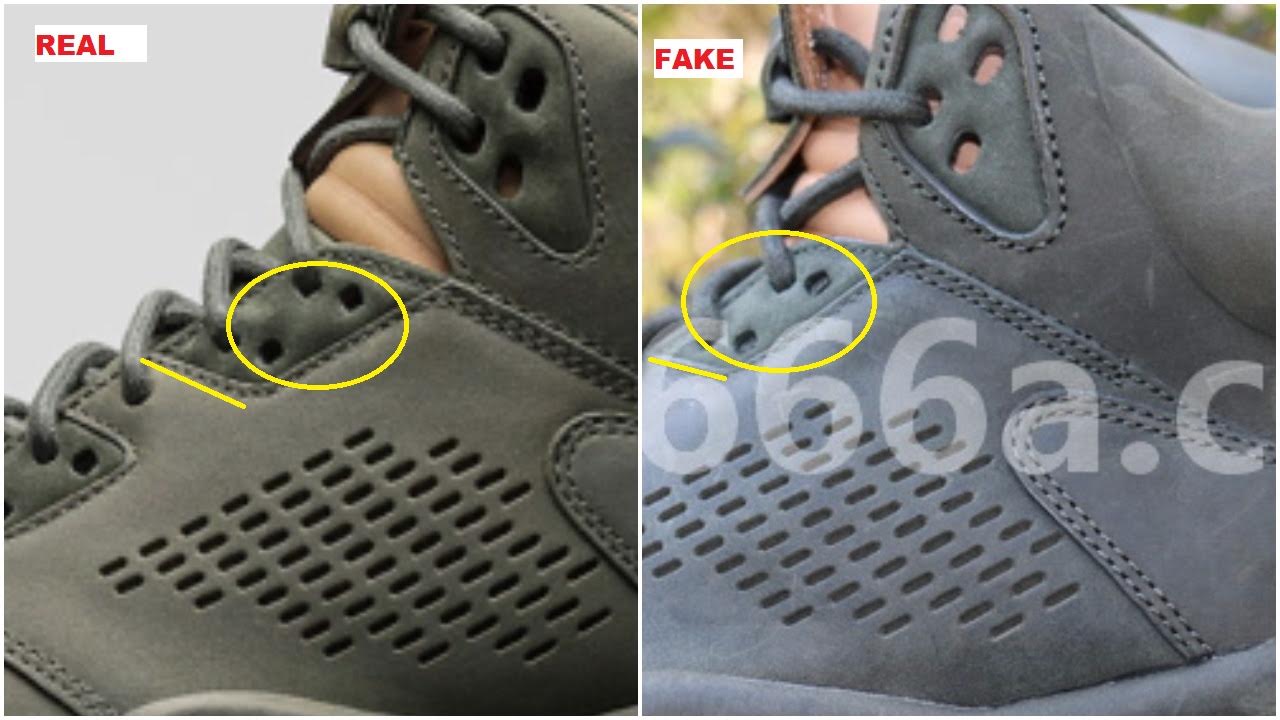 Don’t mind the differences in the color shade, one of the pictures was taken outside so it’s lighter. If you look at the lace holes on the eyestay (on the real pair), they appear bigger and in a square like shape, while the holes on the fakes are smaller and rectangular. Moreover the parallelogram shape on the eyestay containing the holes is wider on the authentic pair than on the fakes ( see oblique yellow line). 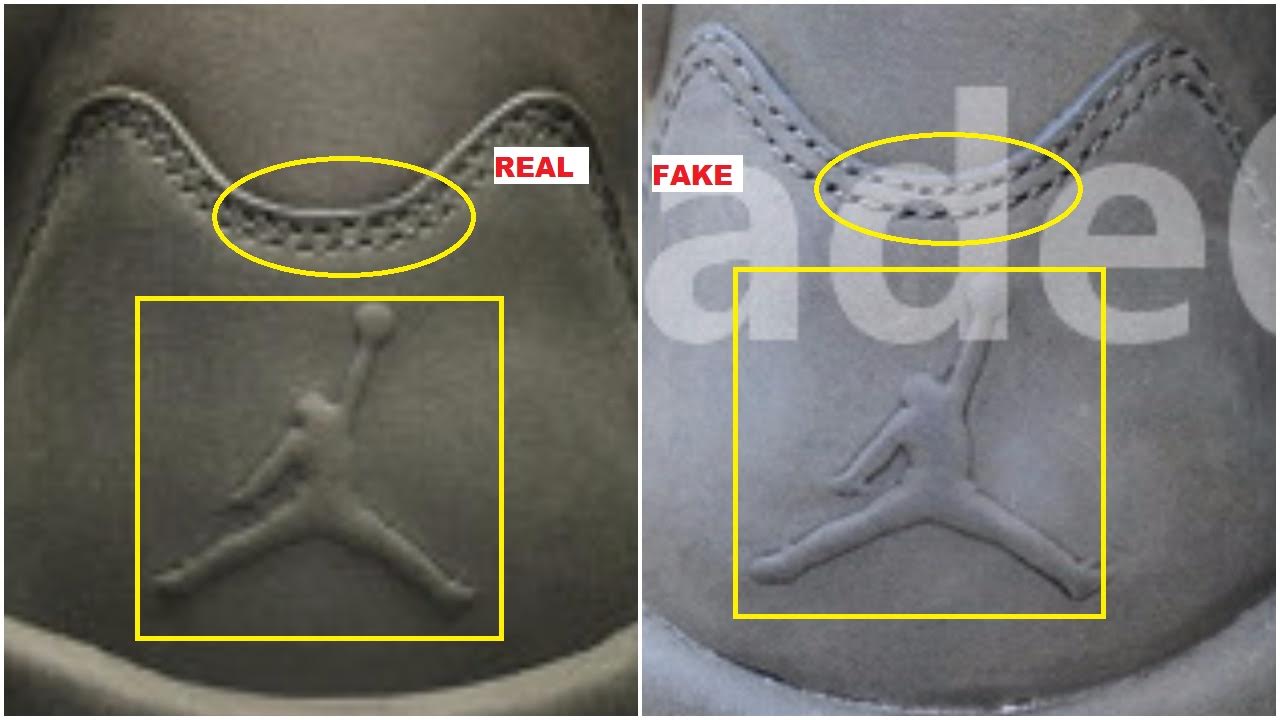 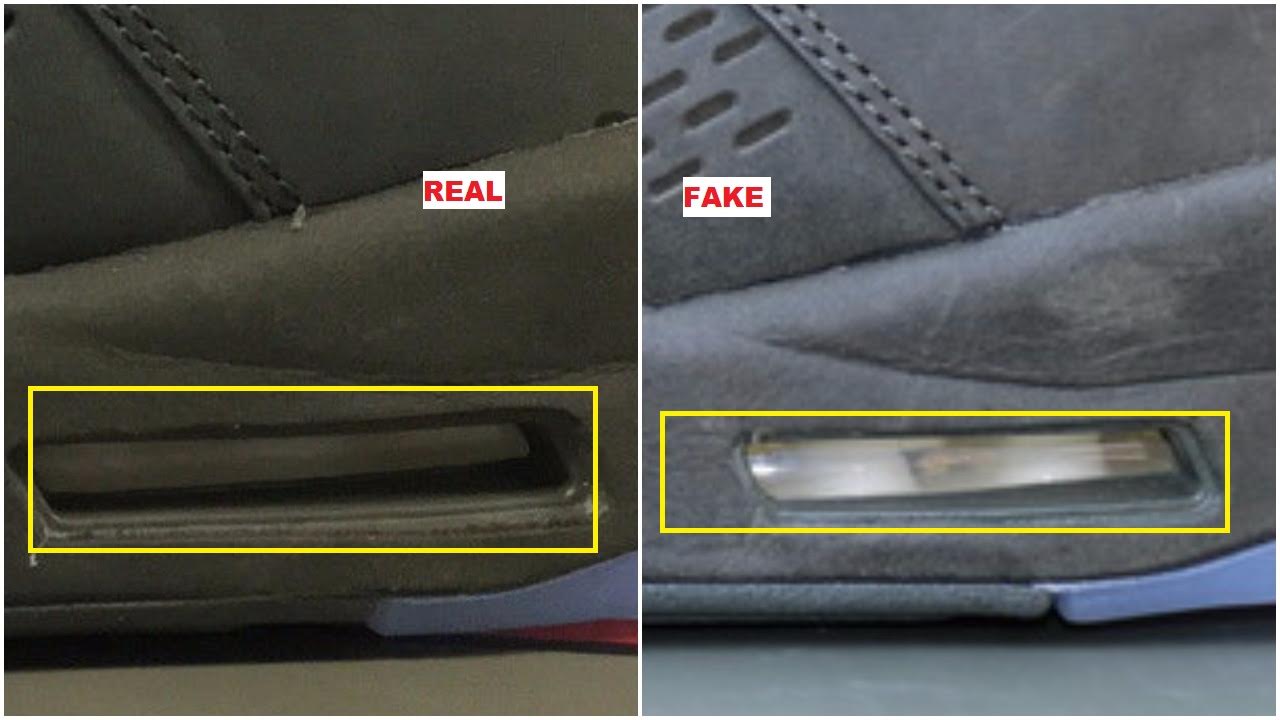 The inside features of the Fake Air Jordan 5 Take Flight air chamber are totally different than the ones on the authentic pair. 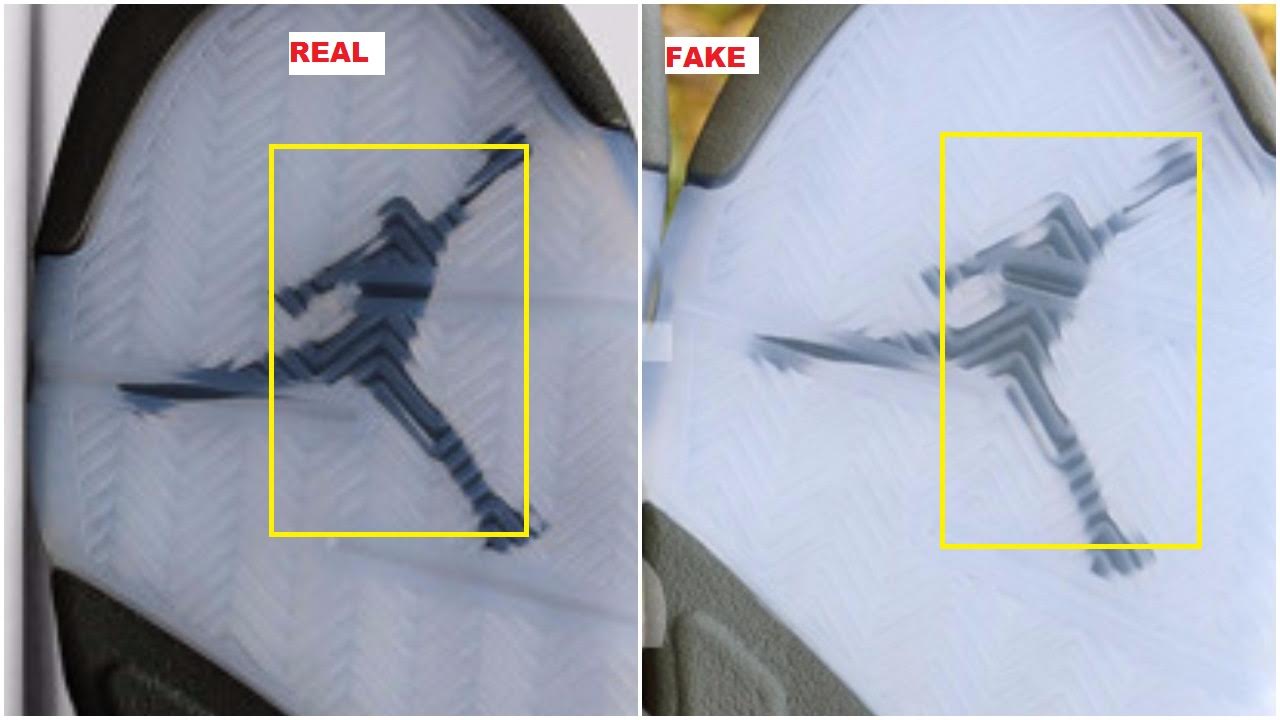 The jumpman logo on the outsole is darker on the authentic pair while the one on the fakes appears to be fading away.

Like I said earlier, most people won’t care about these differences because they are literally insignificant. I’ve also added a list of sellers on eBay with authentic pairs of the” AJ5 Take flight“, you can CLICK HERE 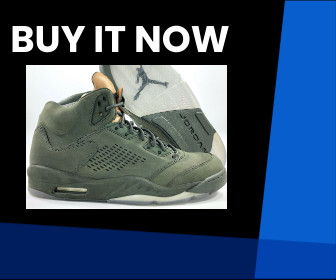