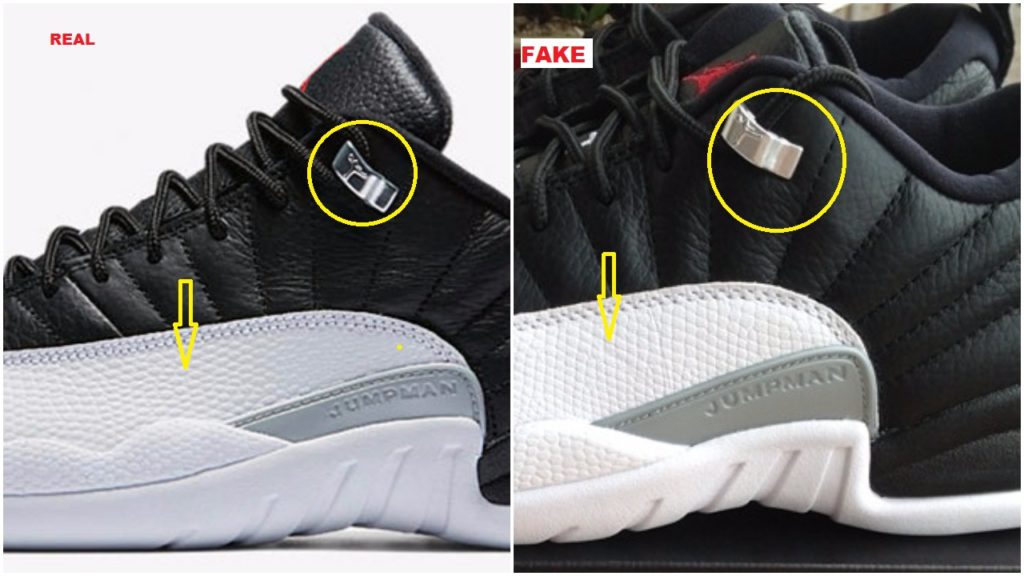 Scheduled to release on February 25, the Jordan 12 playoff features a tumbled leather upper with a white mudguard overlay on the lateral side. I spotted a replica pair and was excited to do a comparison again, but I took an “L” on this one. I tried my best to find all types of flaws but because I don’t have the shoes on hands, they are extremely hard to detect. I did find one flaw but most people won’t care much about it because it’s really not that relevant. I’ve had several people on youtube tell me they would gladly buy “reps” as they call them.

What are the flaws on the Fake Air Jordan 12 Low Playoff? 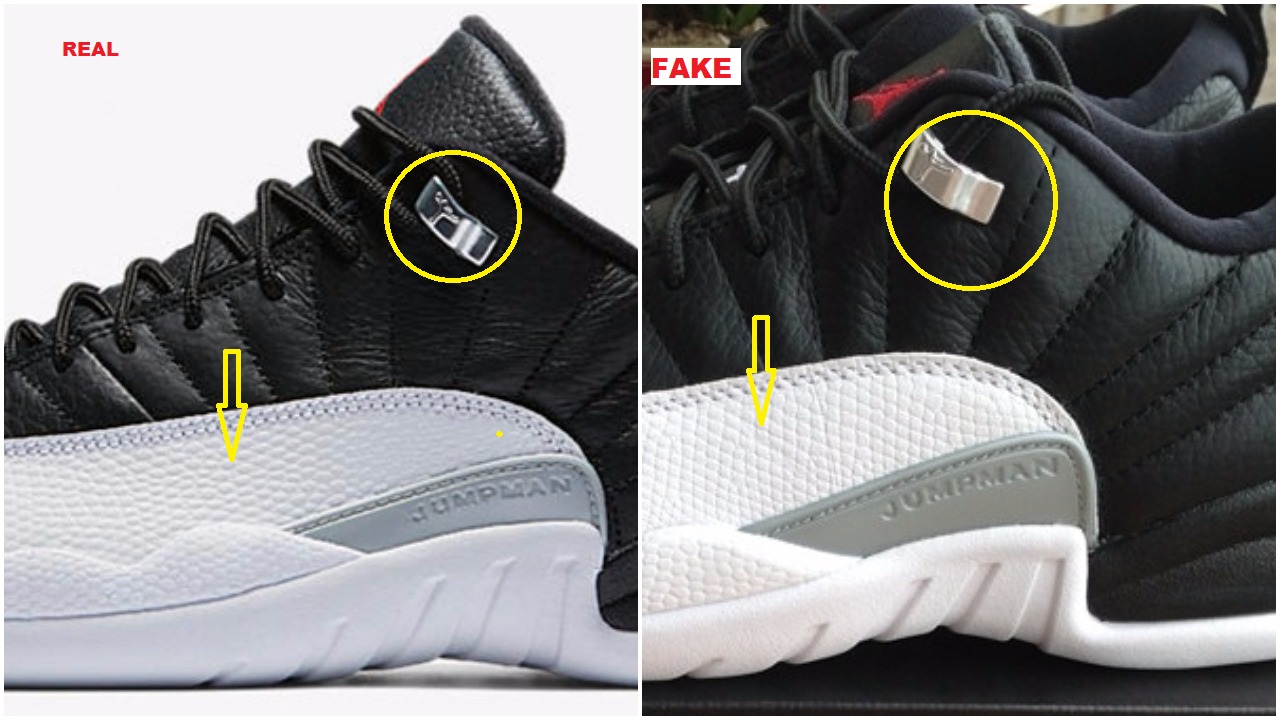 I don’t know if this is a lighting issue but the silver eyelets on the authentic pair is shiny but the fake air jordan 12 low playoff  has a more dull tone. Also if you look at the bumps on the mudguard, the pattern and shapes differ ( the bumps seem to be spaced out and oval on the legitimate pair, but hexagonal and cluttered on the fake one). 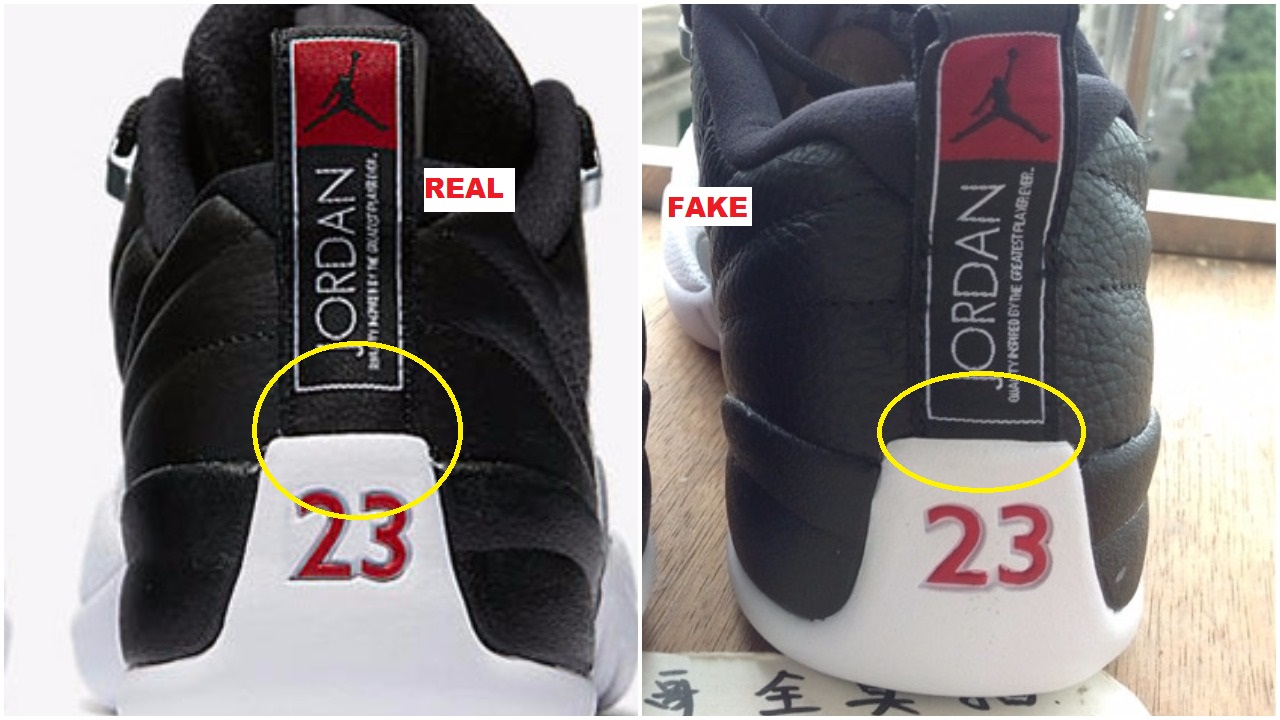 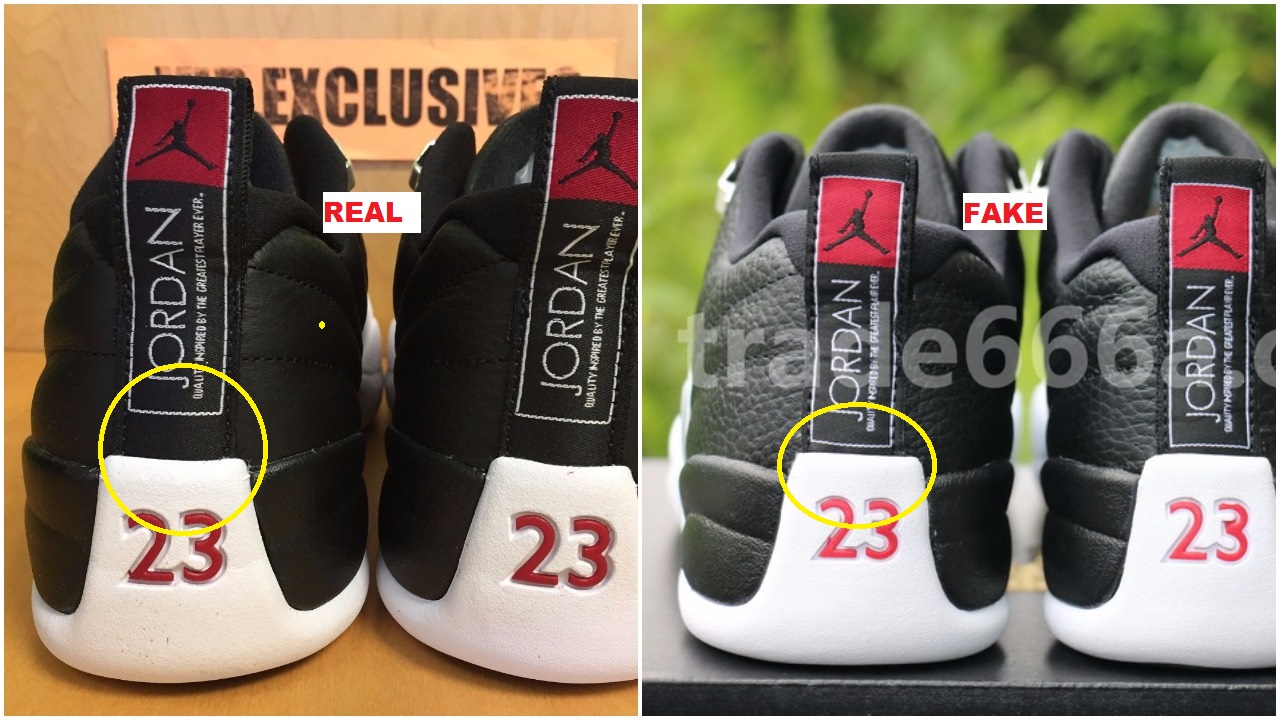 Those are the only flaws that I could see; however I’m going to add a few pictures of the fake pair below for your convenience. Once again use extreme caution when buying shoes from a non retailer. 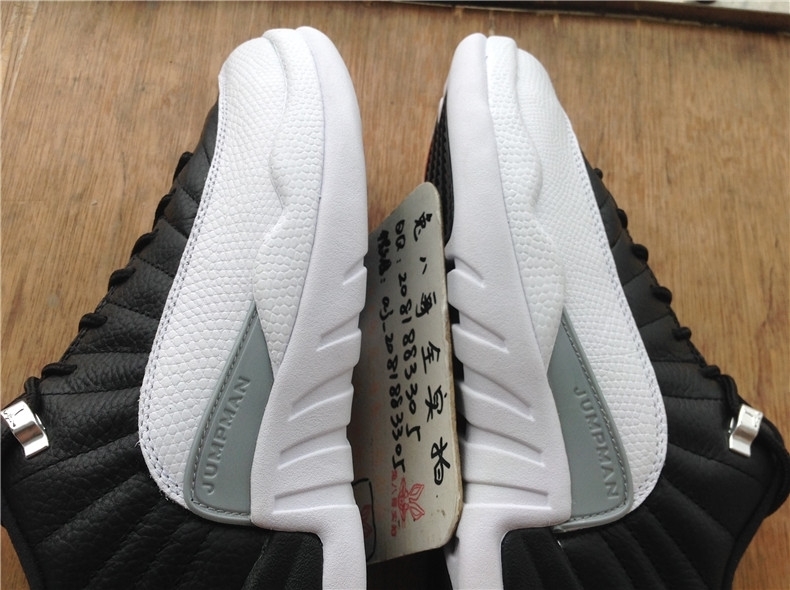 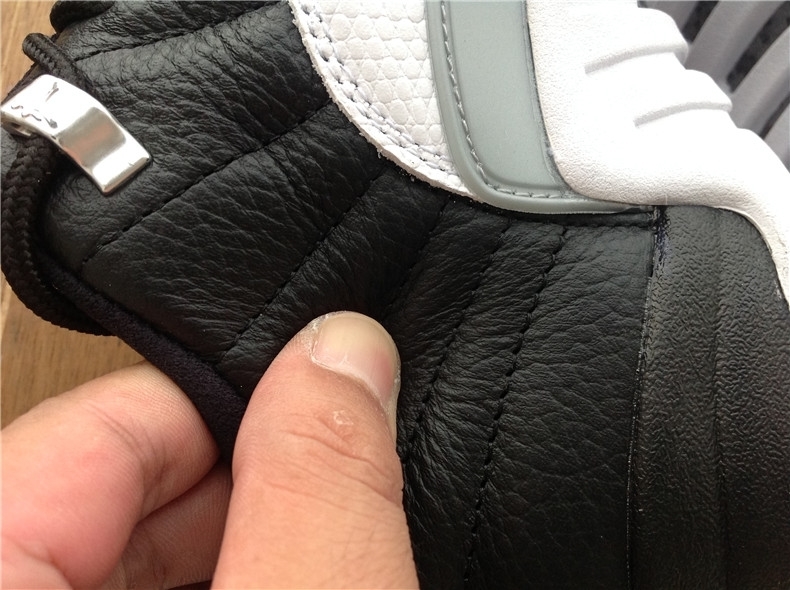 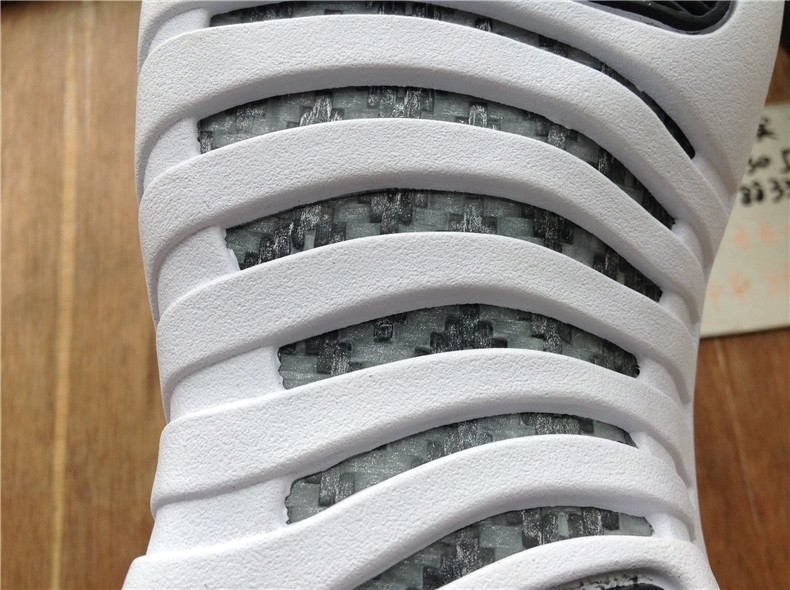 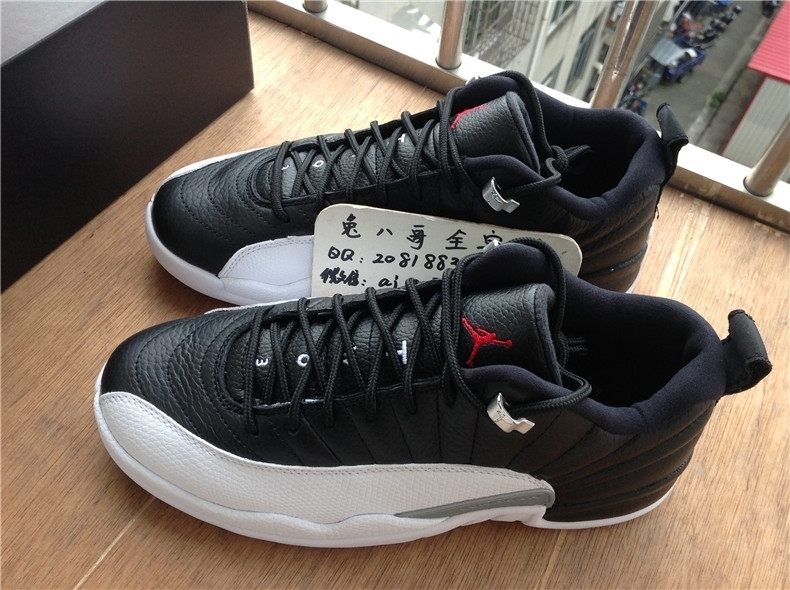 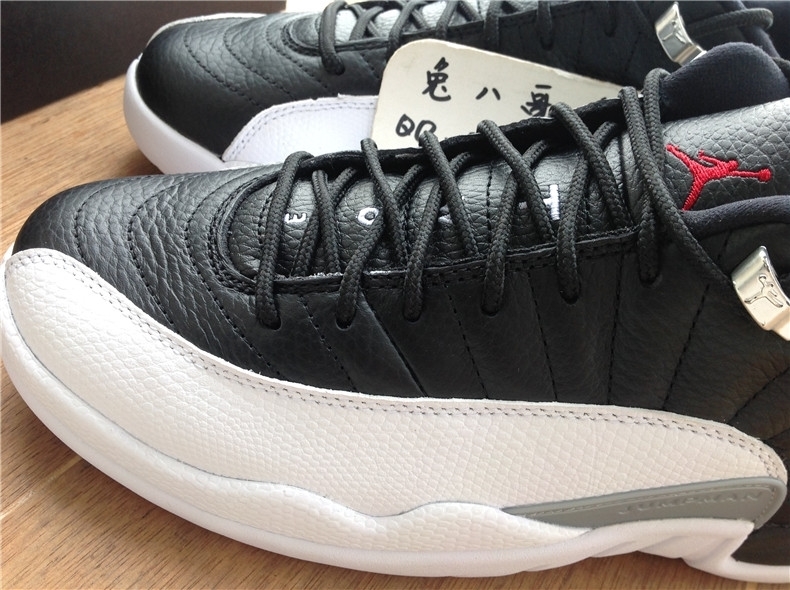 I’ve also included a list of stores and ebay sellers with authentic pairs, check links and listings below

You can purchase it now on eBay from our featured sellers, CLICK HERE 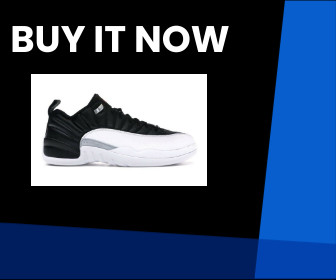