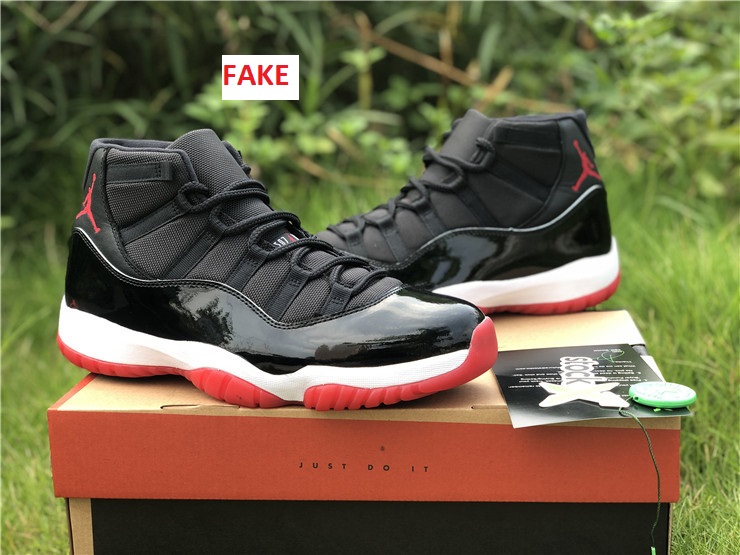 I haven’t written any posts warning you guys about bootlegs, and that’s not because I haven’t seen any new fakes. As a matter of fact, the amount of counterfeits I’ve seen in the past 72 hours has exceeded what I usually see within a month, in other words the replica industry is thriving more than it ever did in the past. But with the advent of the QR code on most Nike sneakers, the consumer can be a bit more safe while making his/her purchase. If you didn’t get a chance to read my post on the benefits of the new Nike/box label QR code, check the post below

This morning I came across the first batch of the fake Air Jordan 11 Black Red “Bred” and wanted to warn you about it. Since Nike hasn’t yet published official images of the upcoming Bred 11, there is no way to pinpoint areas to the fakes that have flaws; but here are quick tips you can utilize to avoid buying the replicas. Ar this point, it will be foolish for anyone to actually believe that the early pairs that are floating now are legitimate so please use your common sense and don’t fall for any fairy tales anyone with those might want to tell you. 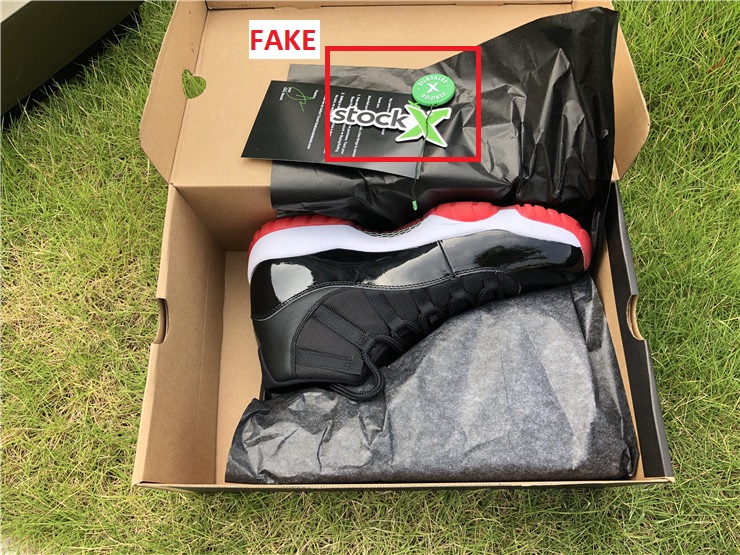 The first red flag is the stockX authentication card, this shoe isn’t coming from StockX , this is just one of the cunning method bootleggers have used. I actually think it’s very stupid to use the stockX card this early since the company isn’t even selling the shoe on its platform yet. 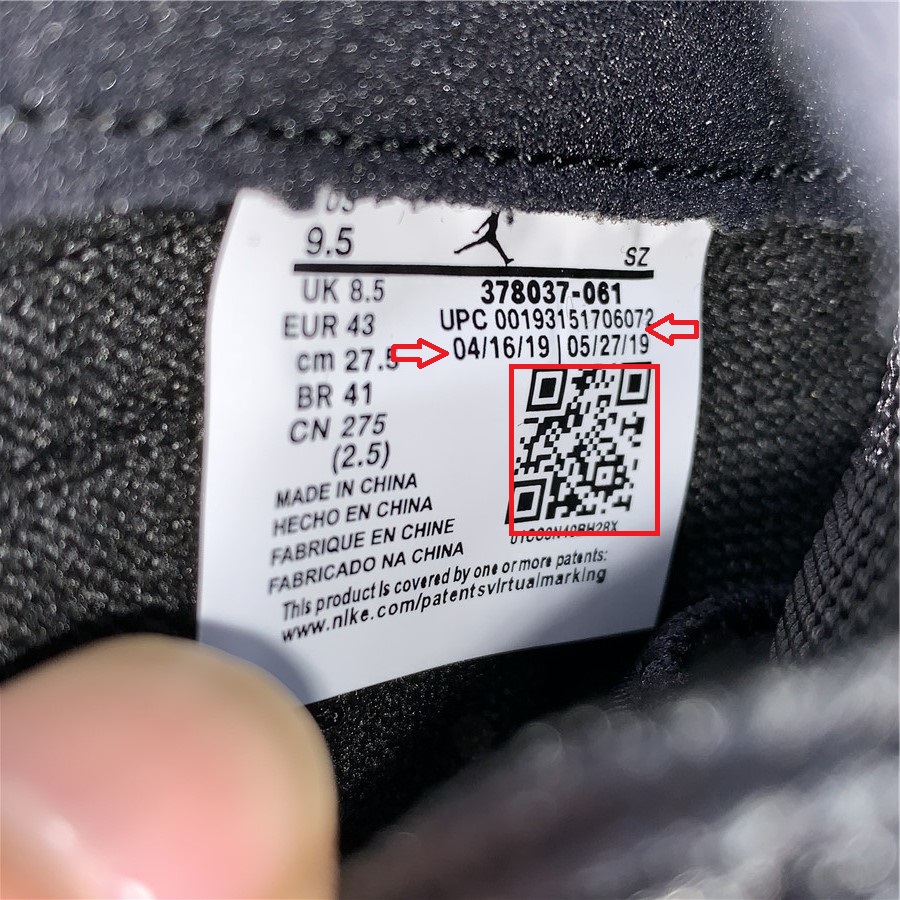 The UPC code 00193151706072 can’t be found, when I tried to search for it, I came empty  ( to double check a upc code, you can contact Nike via chat through their website or just type it on google). I do want to warn you though -just because the upc code is valid on the label doesn’t mean that the shoe is legitimate ( that’s just one way to verify it). This next part is scary, you see I highlighted the QR code in red; on previous fakes that I came across, scan the QR code led me nowhere ( because the bootleg label didn’t have the correct information embedded on it). But for the label above, let me show you pictures of what took place this morning

This is a screenshot of my phone scanning the QR code this morning, you see exactly what happened- the code was valid ( it was recognized as a QR code originated from Nike ) and then this next thing happen 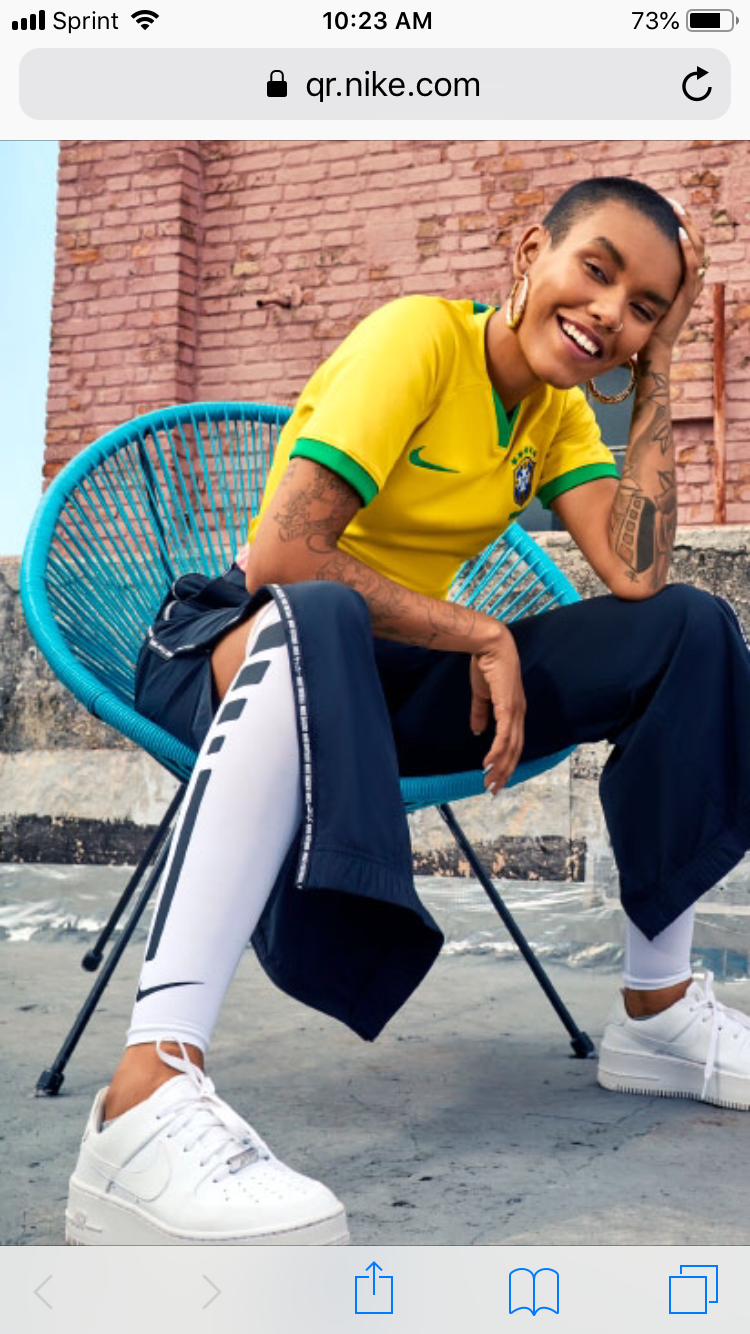 I was led directly to the Nike ecommerce shop, i’m saying all this to say that it didn’t take long for the replica industry to figure out how to circumvent this obstacle. And that my friend is what brands are up against; what I thought was going to help combat bootleggers ended up being a infinitesimal setback. One of the other ways you can avoid this particular pair of fake is by looking at the production date, it was made a bit too early ( 4/16/19). 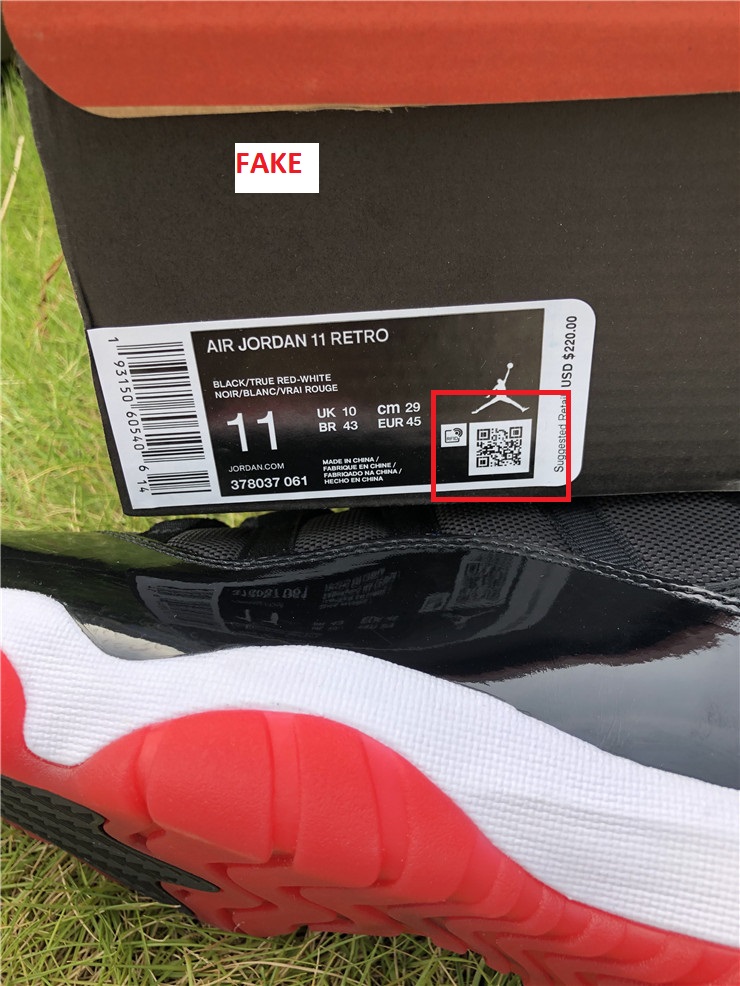 I repeated the same step with the box label and the good news is that the QR code on the label couldn’t be scanned , but it’s only a matter of time until they figure it out. 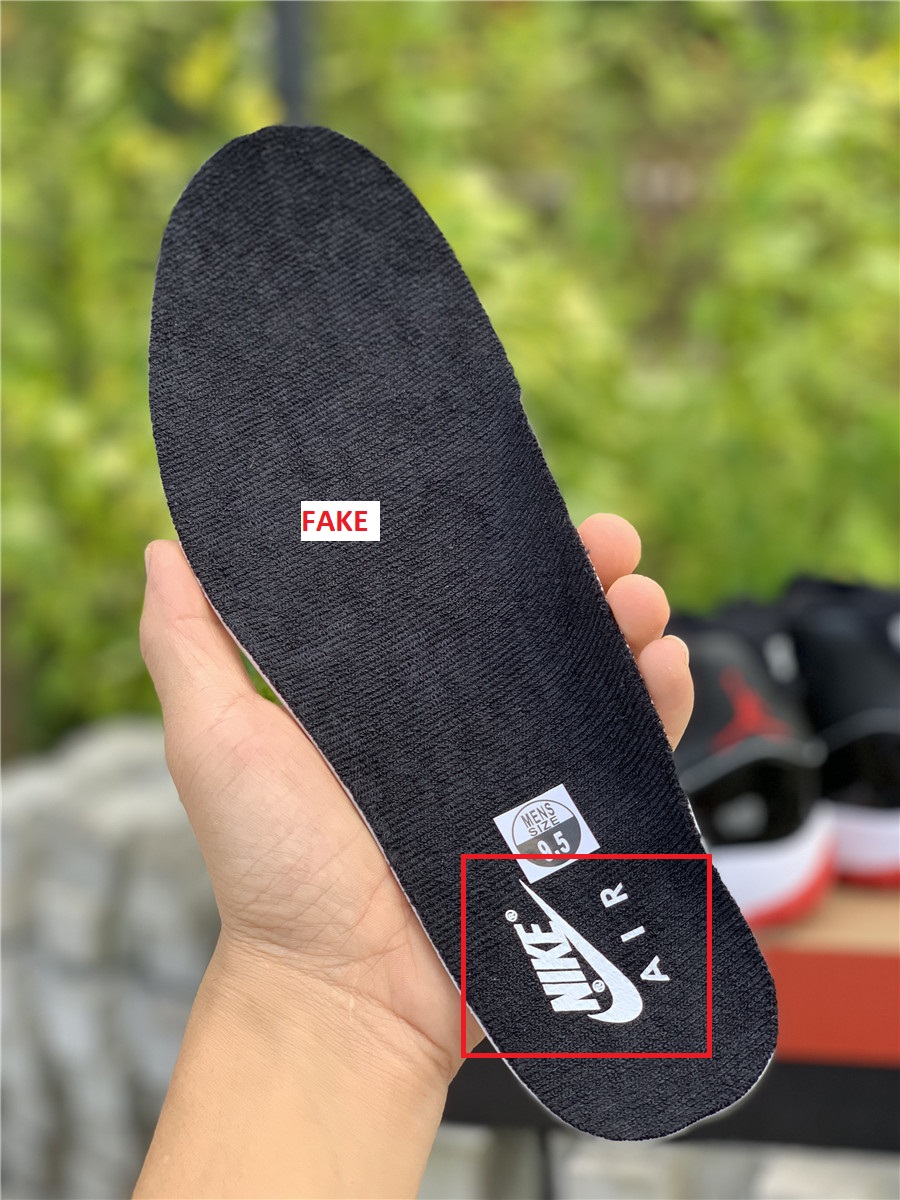 The ink used is cheap and will come off as soon as the wearer slips his/her foot in the shoe. Let me show you an example so you can visualize and understand what I’m trying to convey 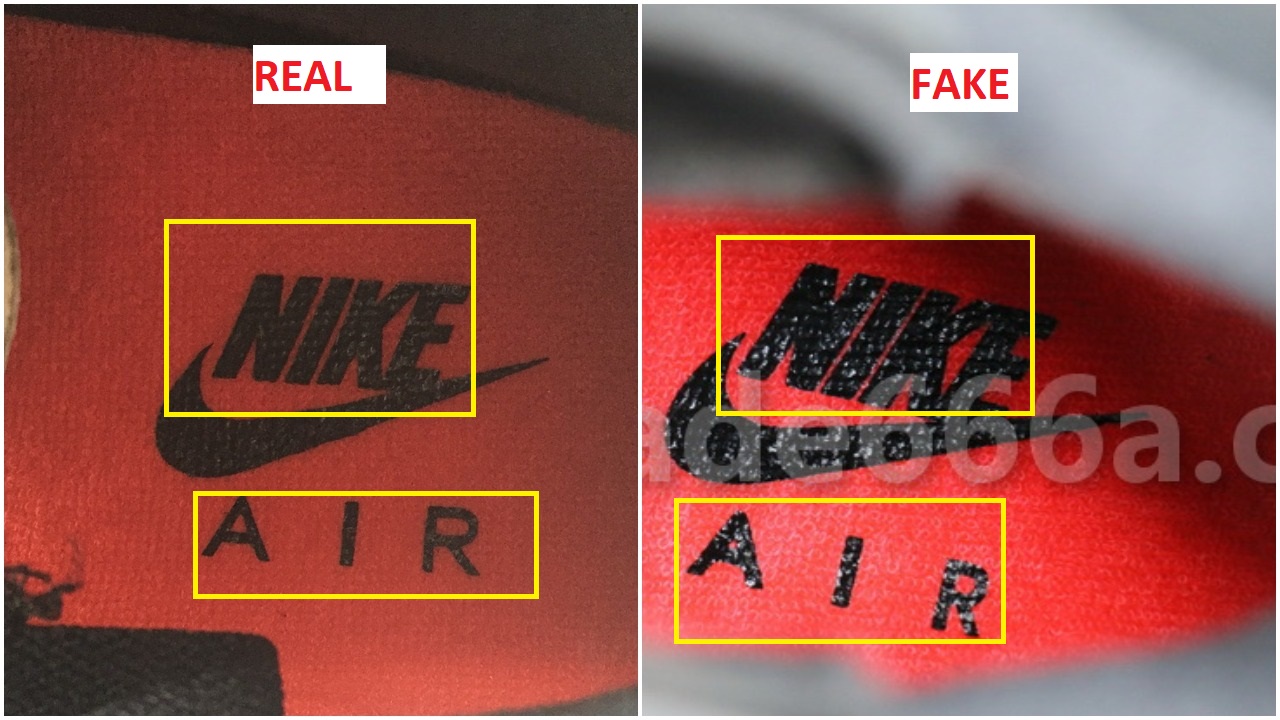 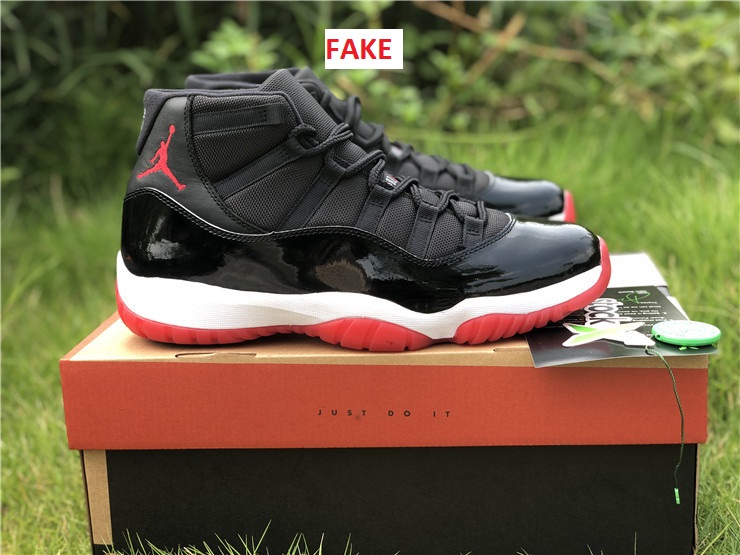 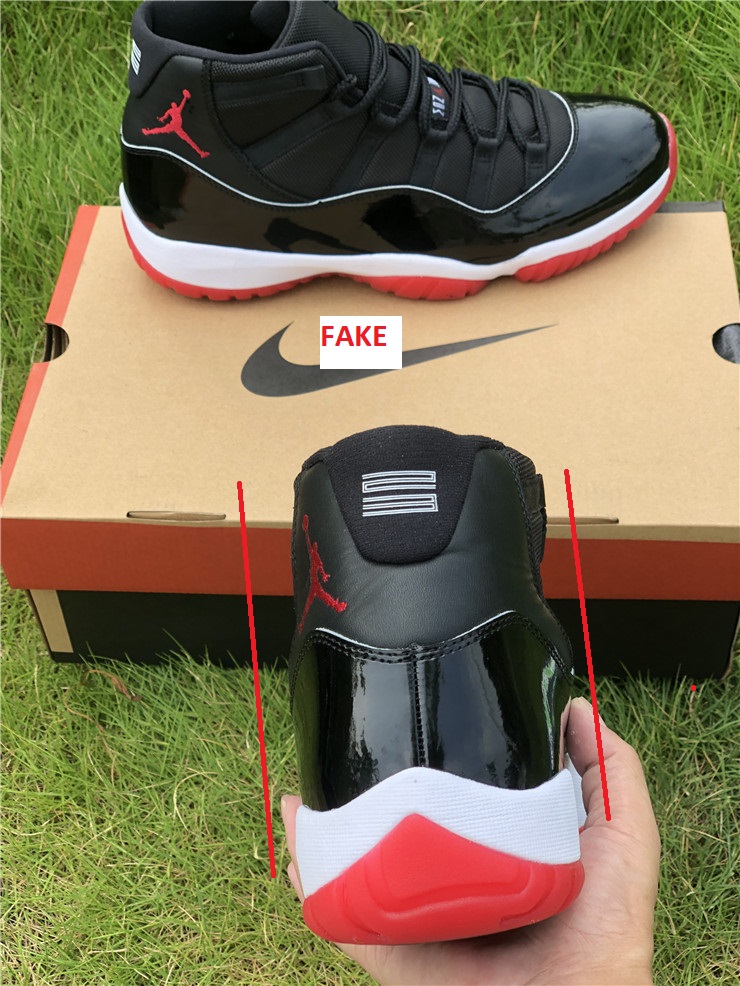 PS:I’ve done a lot of comparisons between fake and authentic sneakers over the last couple of years, and realized  I never put together a comprehensive list of all the posts I created. So to help you guys make better decisions prior to making any purchases online from third party merchants, I created this Legit check list today ( over 100 comparisons). I’ll update it periodically because fakes/replicas are getting upgraded as I type this. The replica industry has been using our comparisons to perfect their items, basically they look at the flaws we point out and fix them. So it’s an ongoing problem and I’ll do my best to keep this post as current as possible.
The Real VS Fake posts require a lot of time to write because replica/counterfeits are getting better and spotting their flaws is a meticulous task. I understand that some of you may still be unsure about the authenticity of your sneakers, this is why I’m providing the video below to give additional help. Be sure to watch it in its entirety and don’t forget to subscribe to my website. Your support is greatly appreciated.