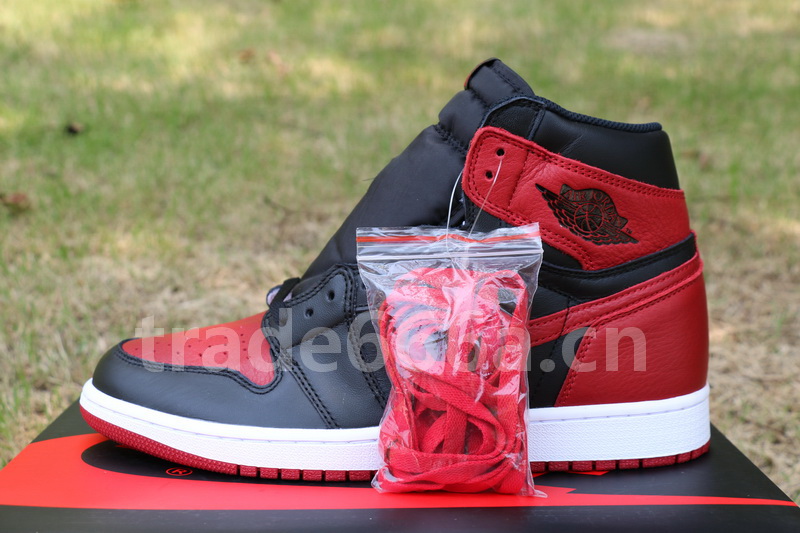 The Air Jordan 1 Banned is set to release on September 3. So much has been said about these banned 1 that I didn’t think there was much i could add. I will give you the quick backstory on them; in 1985 when they were released, the NBA sanctioned Nike and forbade MJ to wear these because they supposedly violated the league’s standards for not having enough “WHITE ” on them. I wonder how much uproar this would have cause had it happened in our current era. The shoe features  a mixture of remastered  premium and tumbled leather on the toe box and heel area. Nike branding hits the side panels with the classic Swoosh and the iconic Jordan wings on the back heel.

These Air Jordan 1 Banned have already been replicated by illegitimate underground factories; we found pics of some fake pairs we have spotted in the past 24 hours. Some preventive methods you could use before  buying them from a non retailer are:

Ask for a proof of purchase, check packaging, excessive glue smell, production date( usually most fakes i have seen have different production dates compared to authentic pairs), box label ( usually prints are off).We will soon do a side by side comparison between a fake and a real pair, stay tuned. See pictures and video of the fake banned 1 below: 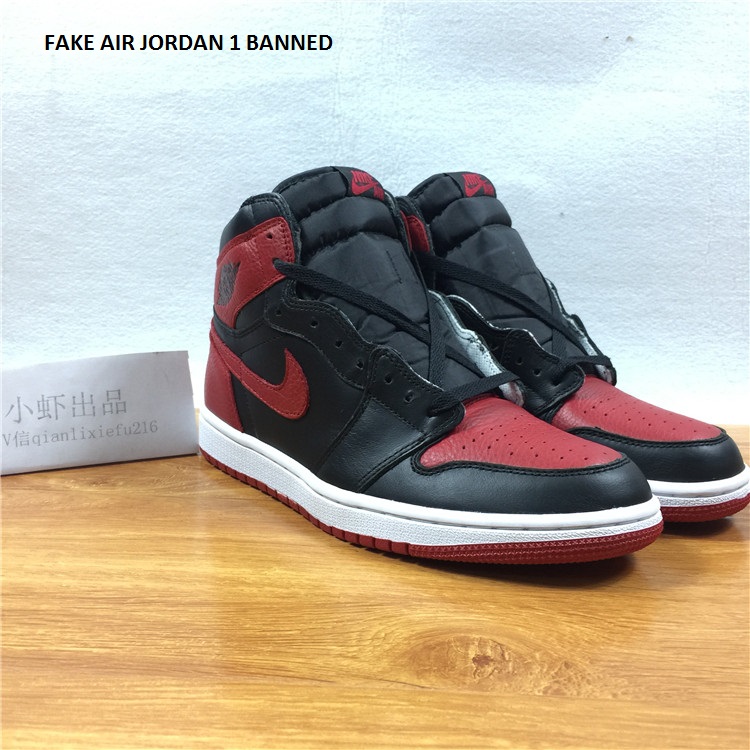 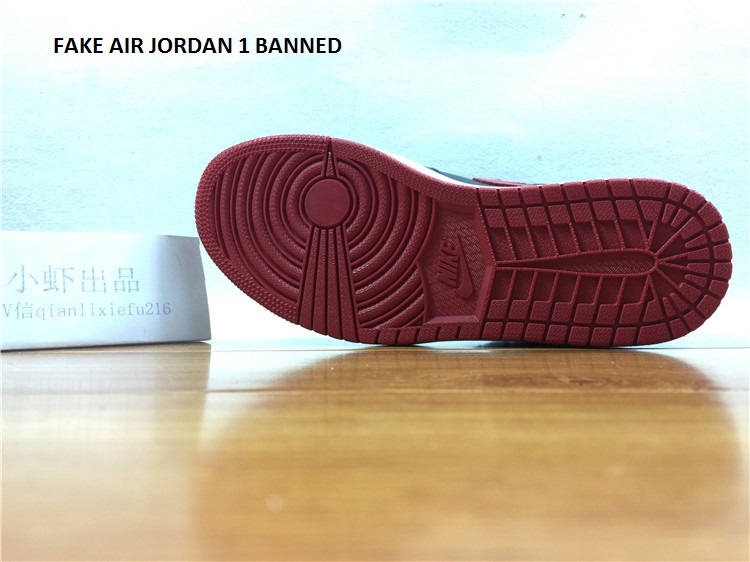 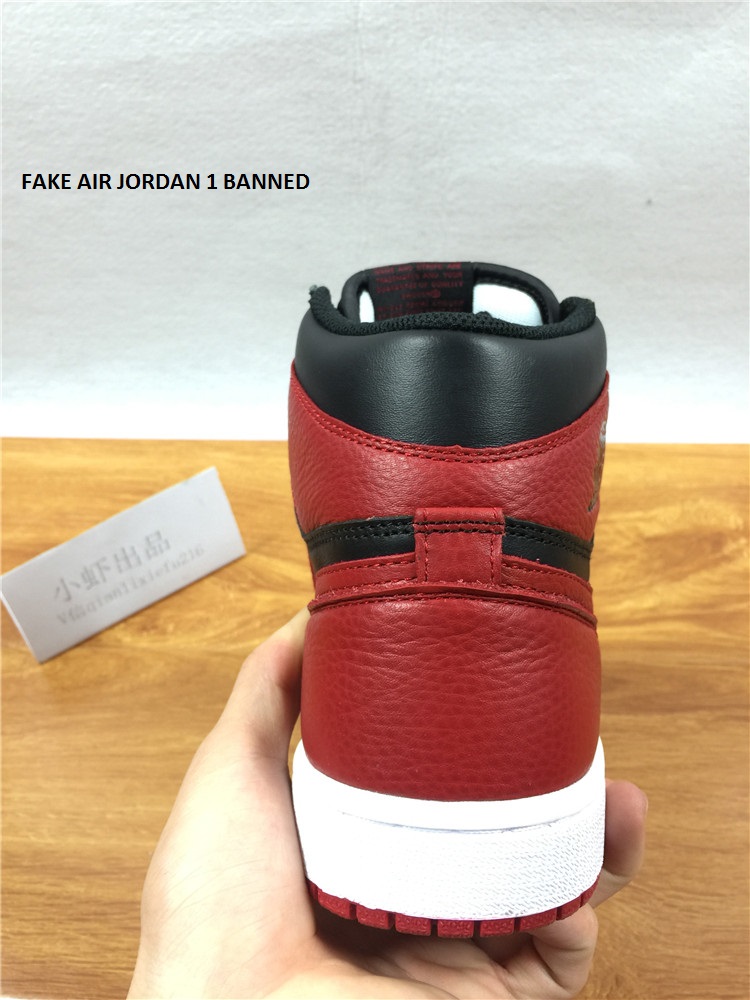 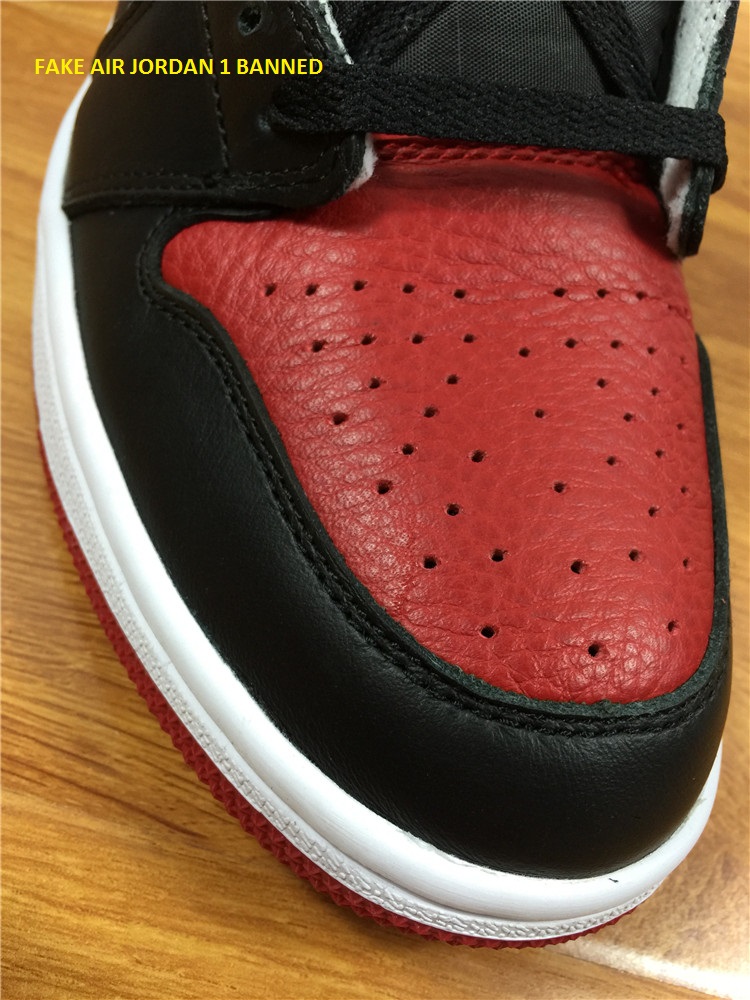 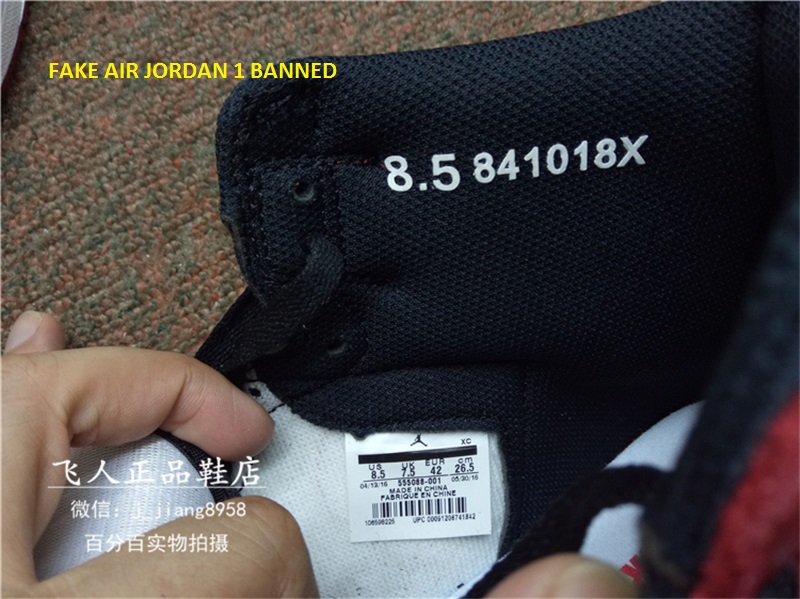 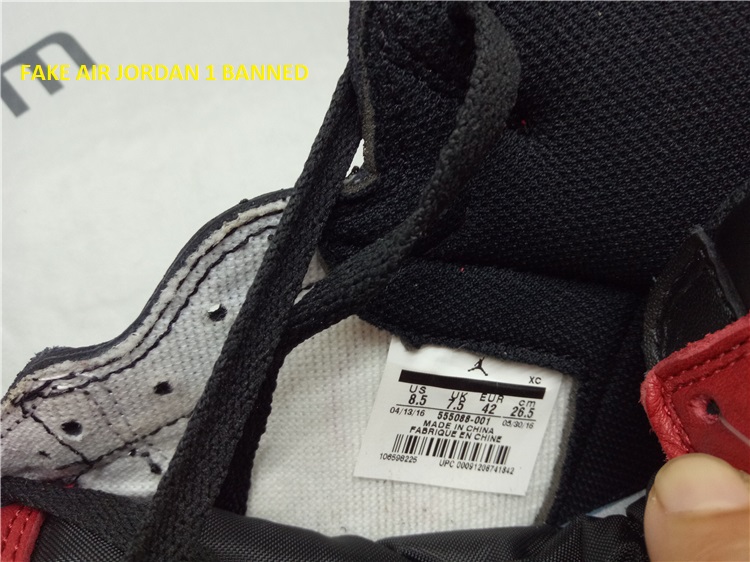 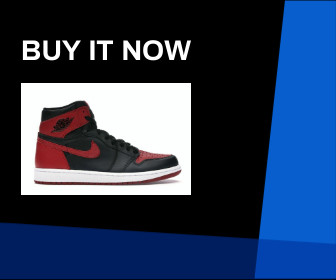