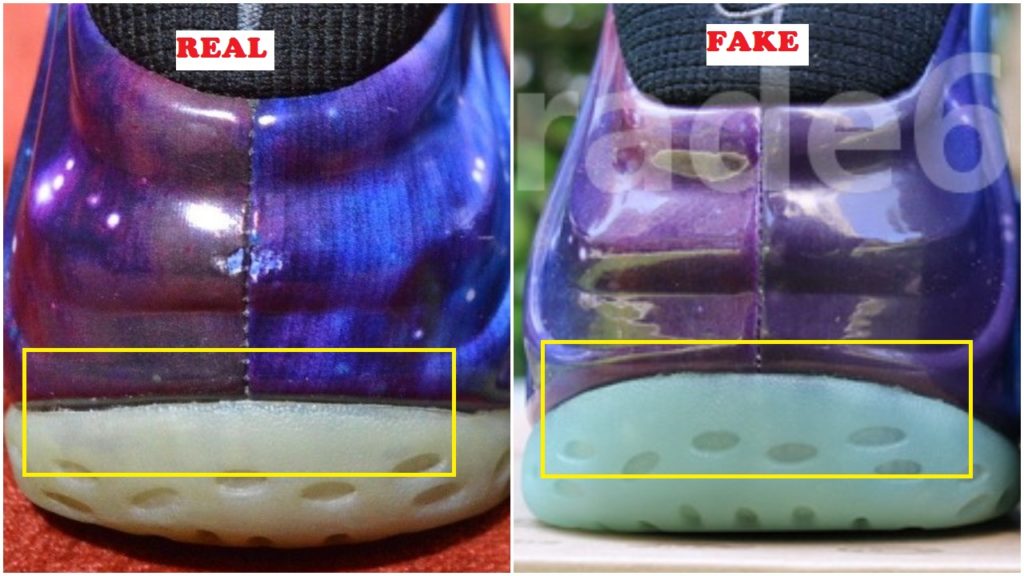 The 2012 NBA All star featured a lot of memorable sneakers and one of those was the air foamposite one NRG galaxy. The shoes were sold out instantly and could be fetched on eBay for as high as $2000. Bootleggers tried in vain to replicate them and every fake that surfaced was a laughingstock until yesterday. I indeed came across a new batch of fake galaxy foams that could fool the untrained eye and the sad part is that I’ve already spotted a few pairs on eBay from incredulous sellers. Here are quick ways to identify the fakes. 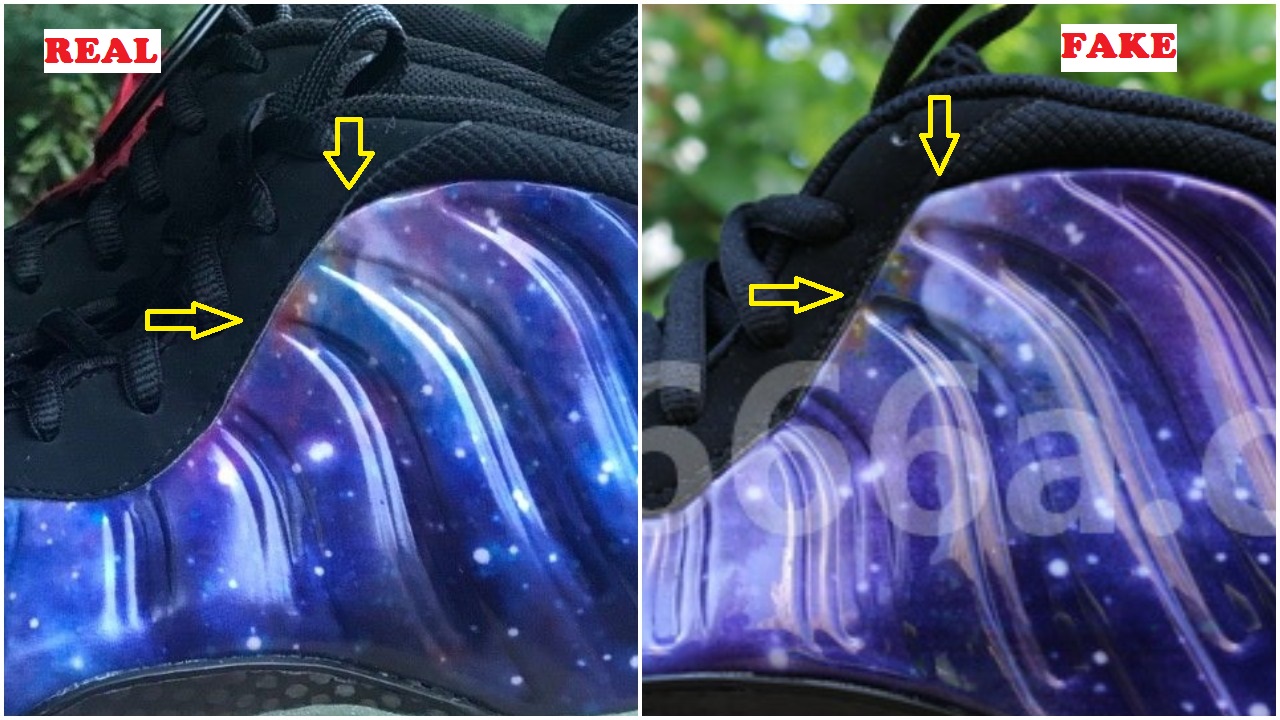 If you look at the edges of the foam shells , you can see that on the authentic pair,the angle is slightly steeper and curvy than it is on the fakes ( the break is too sudden on the replica pair). And if you look at the drop ( see horizontal yellow arrow), it is a little curvy on the real pair but very sharp on the fakes. 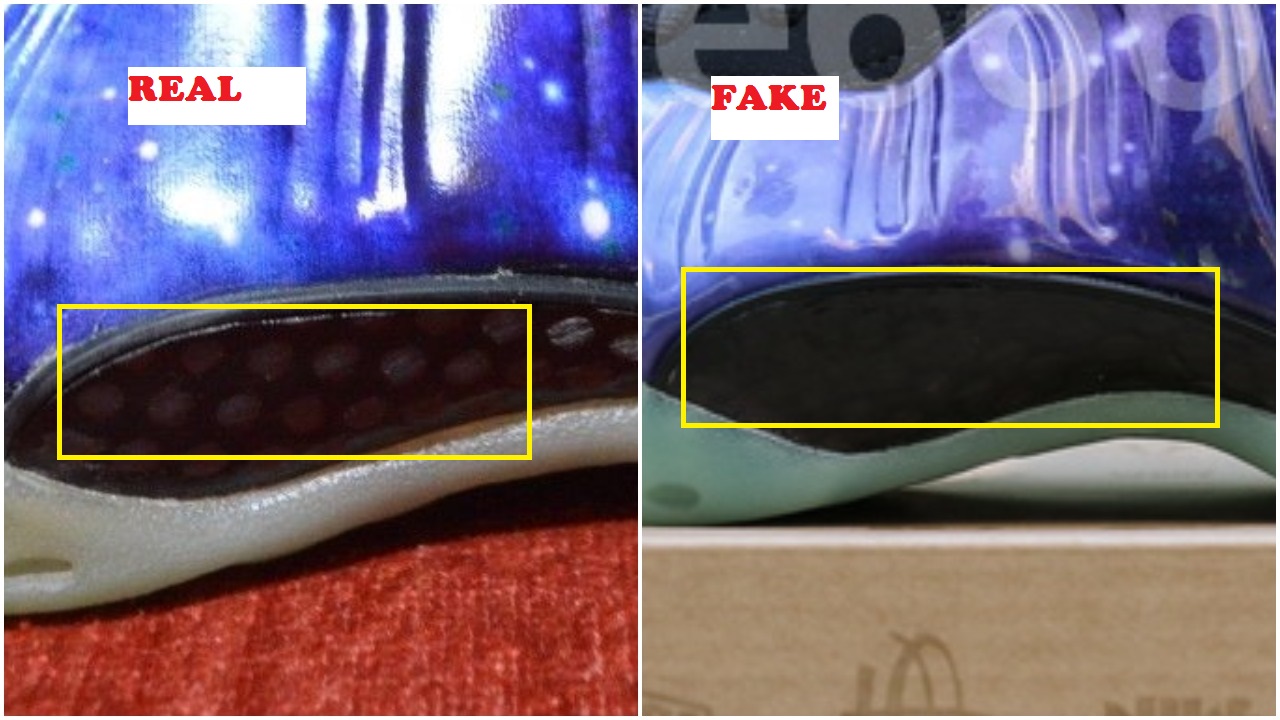 You can see the obvious differences on the carbon fiber shanks ( too subtle and nearly invisible shapes on the fake pair probably indicating an inferior quality shank). 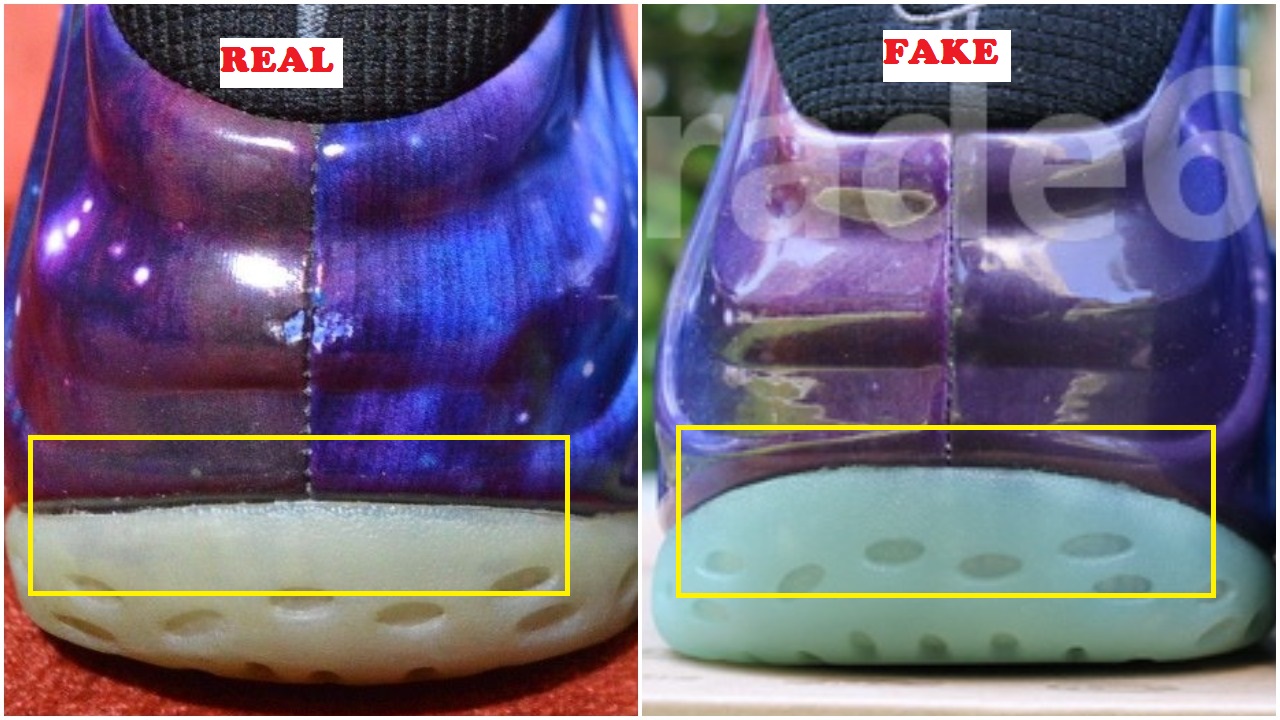 The outsole of the authentic has somewhat of a horizontal edge while the fake pair has a parabola shaped edge at the top ( you can clearly see it). Also notice the difference in colors between both outsoles ( ocean blue on the fakes and clearer on the real pair). 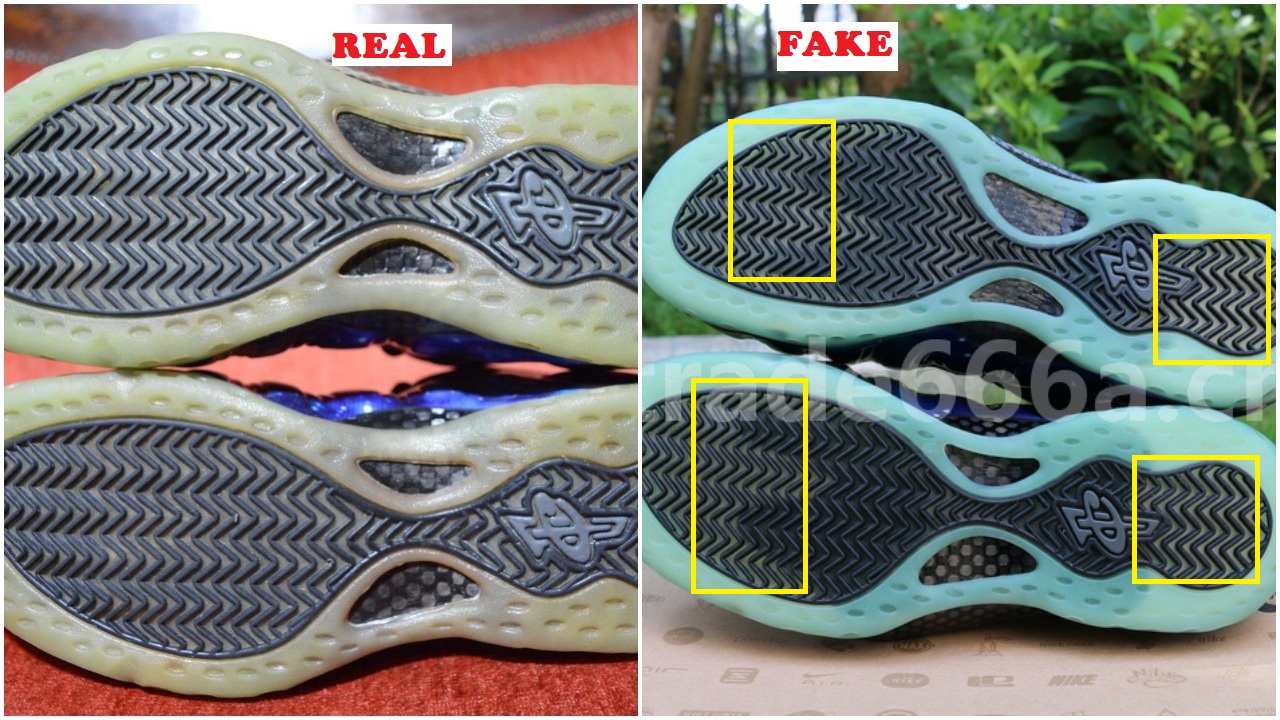 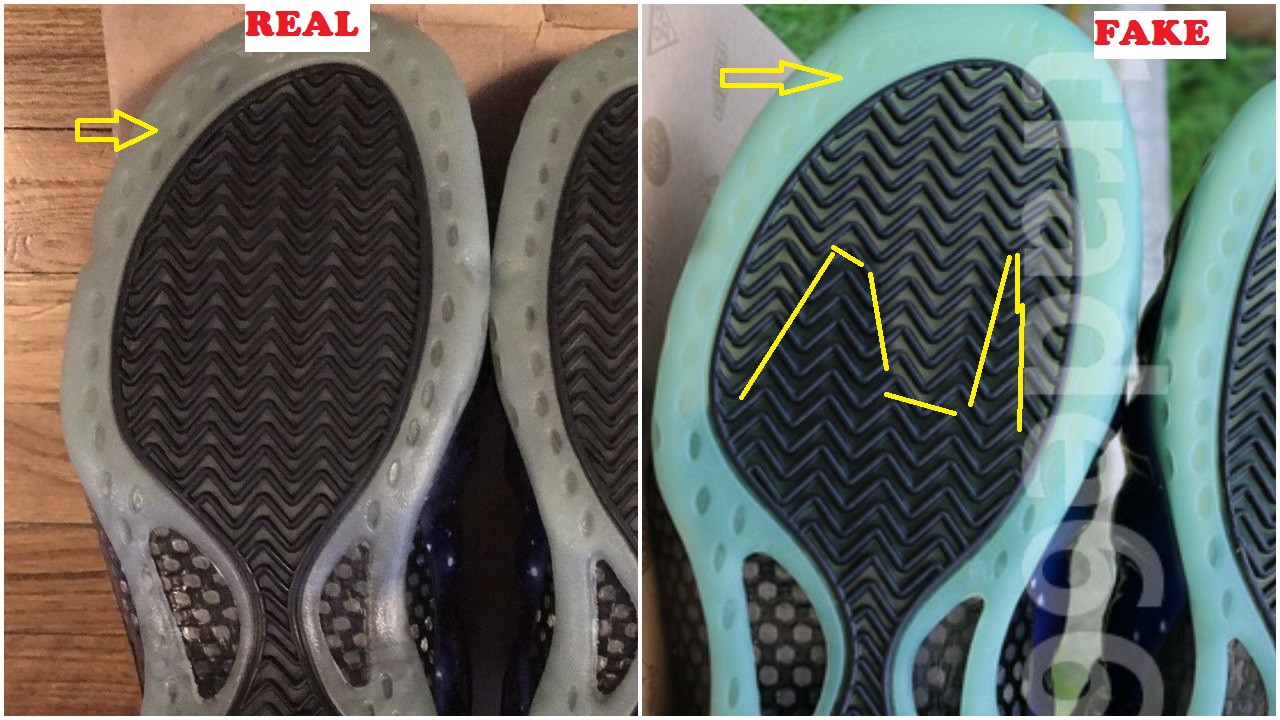 A closer look at the outsole shows you that the fake pair features a shape that I’ve contoured with the yellow lines and squares while the authentic pair has nothing of the sort. 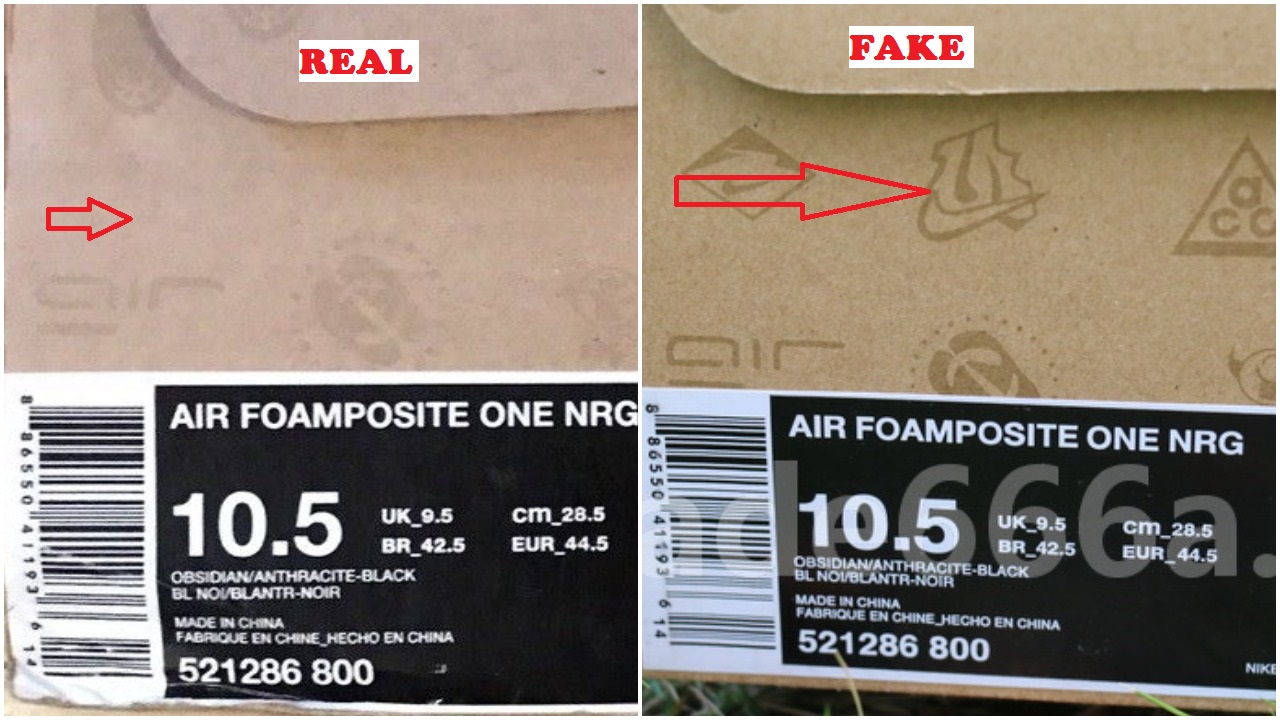 There you have it guys, I couldn’t see a picture of the inside label but beware of the fakes because they’ve already polluted eBay. I suspect that the Galaxy foamposite might be making a comeback.

You can buy authentic pairs via STOCKX CLICK HERE