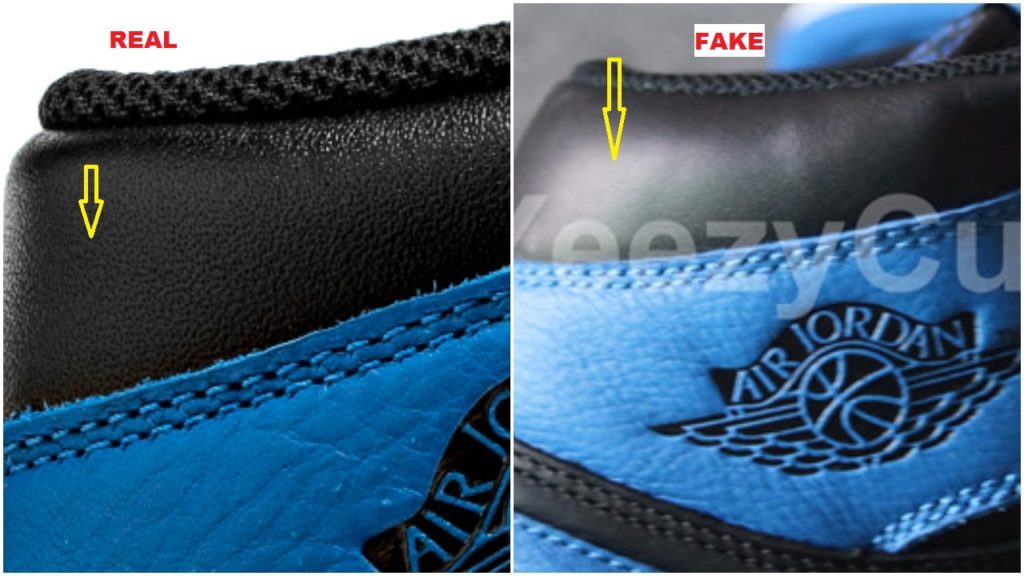 Ever since the “Bred 1” made a comeback in 2016, many sneaker enthusiasts have been impatiently waiting for a reissue of the “Royal 1”. And the news finally came a few days ago when JB announced the official release date of the shoes. The most replicated Jordan retros are the “I & XI” model; I wasn’t surprised when I spotted the Fake Air Jordan 1 Royal on the net. I’ve added a few pictures below with pointers to help you avoid any swindlers selling these as legitimate pairs. The shoes have no curves, the authentic pairs are supposed to have a bottle-like shape. Look at the picture below of the 2013 royal 1. You can clearly see the curves on the authentic pair from 2013; JB rarely makes changes to the shape of the shoes so I don’t think the 2017 pair will be any different than the 2013 edition. The overall shape of the shoes is off ( they are too bulky near the heel panel, see yellow circle). Check out the back of the shoes, the fakes are leaning in a forward slash like pattern, but the authentic pair has a steeper and vertical like angle. The swoosh logo seems to have bumps and is wavy on the fake pair; the panel leather on the authentic is grainy, rich and buttery looking while the fakes seem to be very dry and cheap ( see yellow arrow).

Here are more pictures of the fake air Jordan 1 royal , be wise enough to avoid any seller carrying pairs with identical traits You can preorder authentic pairs from the featured eBay sellers, CLICK HERE 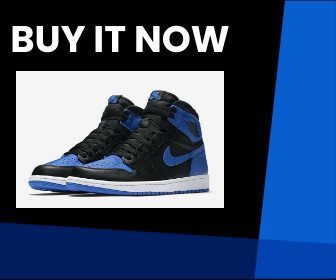