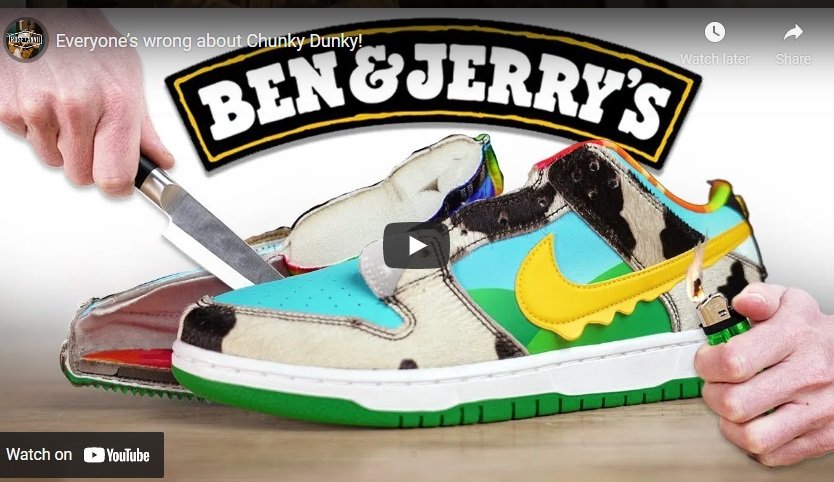 There is no doubt that Nike is a marketing powerhouse when it comes to sneakers. The Ben & Jerry’s Nike SB Dunk Low “Chunky Dunky” was a huge success, selling out within minutes of its release. The shoes are now reselling on third-party marketplaces for as low as $1100 and as high as $2900. While some may argue that Nike is simply riding on the coattails of popular brands like Ben & Jerry’s, there is no denying the company’s ability to create hype around its products. In the age of social media, Nike has managed to position itself as the go-to brand for style-conscious consumers, and it shows no signs of slowing down.

Despite the fact that Nike’s shoes are often highly coveted and sell out quickly, the company has also faced criticism from consumers who have gotten pretty savvy when it comes to investigating claims brands make about their products. For example, when Nike released their Chunky Dunky SB low top shoe, they claimed it was made with real cowhide and hair. And  thanks to guys like YouTube user Rose Anvil, customers are now able to put these claims to the test.

In a recent video, Anvil decided to put Ben & Jerry’s Sb low to the test, and the results were pretty interesting. While the shoe did indeed feature real cowhide and hair, he made some other interesting discoveries. And I’ll encourage you to watch his thorough  dissection of the sneaker in the video below

It’s important for consumers to be aware of these claims and to do their own research before purchasing any products. Thanks to Anvil and other consumer advocates, we’re all a little bit smarter when it comes to giving our hard-earned money to companies like Nike.

You can purchase the Chunky Dunky on eBay from our featured sellers, CLICK HERE