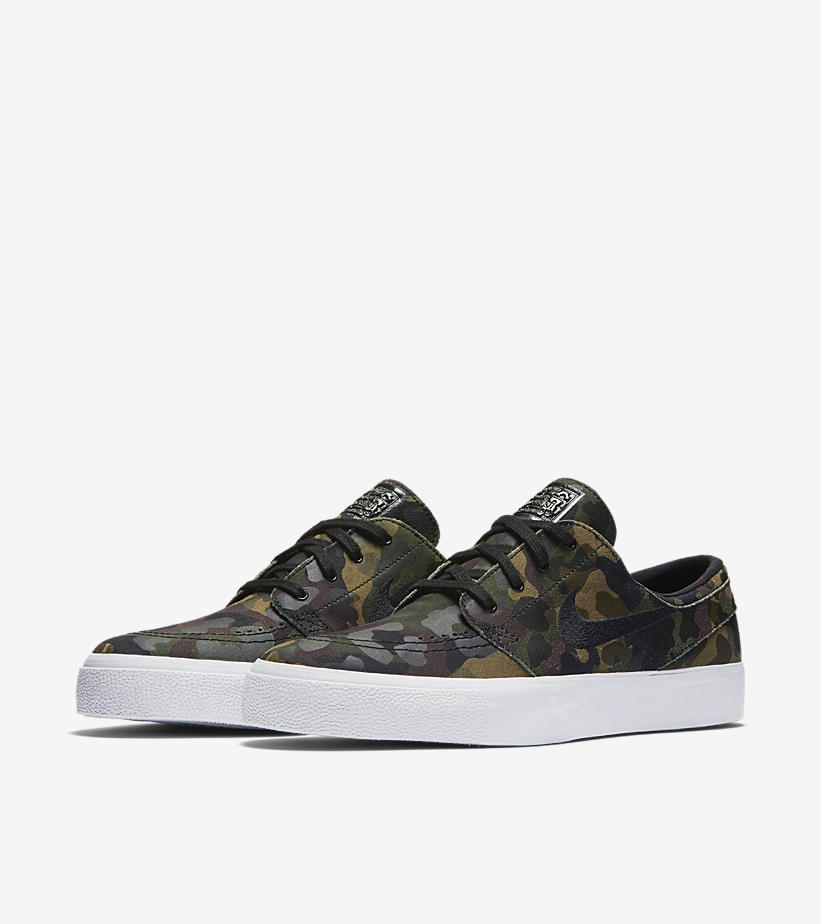 Nike is definitely trying to revive its SB line; I remember a time when the Nike Sb Janoski Digital Floral

was one of the hottest commodity to have. They were so hard to get and Ebay prices on them were as high as $300. But Nike started milking the digital print concept and eventually killed the hype on them. Nonetheless Janoski’s are still on the radar of many folks in the sneaker community ( most don’t use it for skating purposes but rather as a casual shoe). The Nike SB Zoom Stefan Janoski Premium Camo released a few days ago and I think certain sizes are still up on Nikestore. 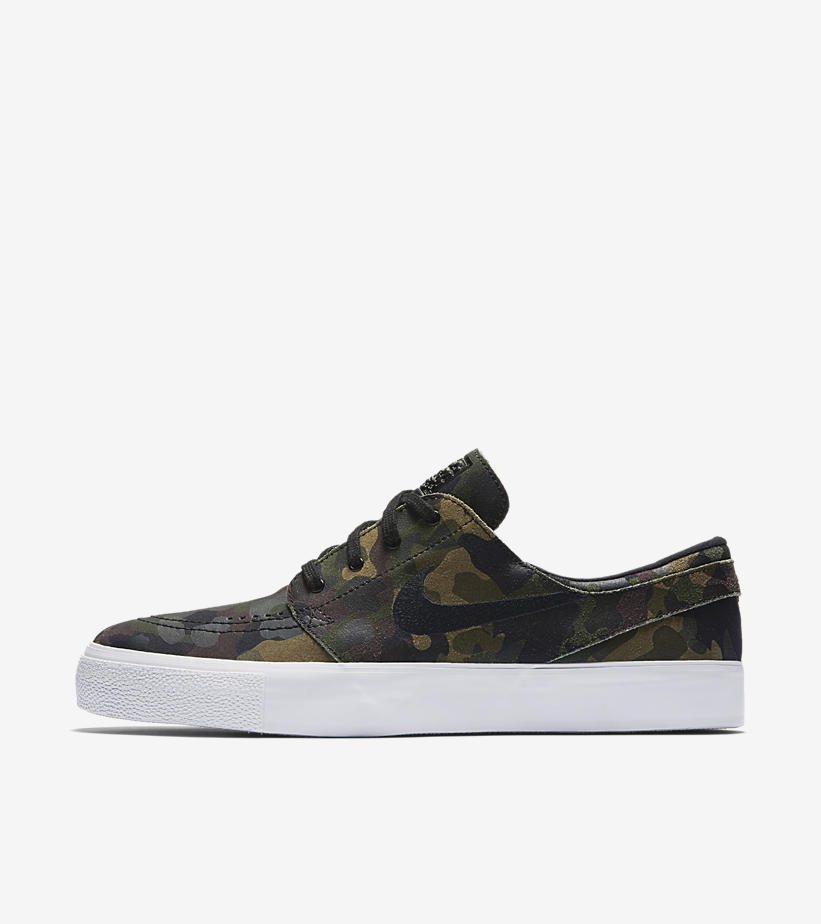 This particular edition features a premium leather upper with camouflage details all over it. A bold black Nike swoosh occupies both side panels; Janoski’s own logo is on the outside of the tongue. The shoes will include custom insoles with a graphic of an iguana, and they will also come with a set of two laces ( army green and black).

Nike originally designed the shoes for skaters , but they eventually gained a lot of popularity and everyone jumped on the skate shoes bandwagon. That’s why guys like Paul Rodriguez and Stefan Janoski got criticized by their fellow skaters for involving Nike in their sport ( because Nike has now commercialized it).

Skating involves a lot of jumping so Nike equipped the shoes with Air zoom units at the heel for impact protection. There is also the possibility of rolling one’s ankle, hence the Janoski’s sport a molded sockliner to cushion and keep the foot stable during skating. The manufacturer’s key features are as follows: 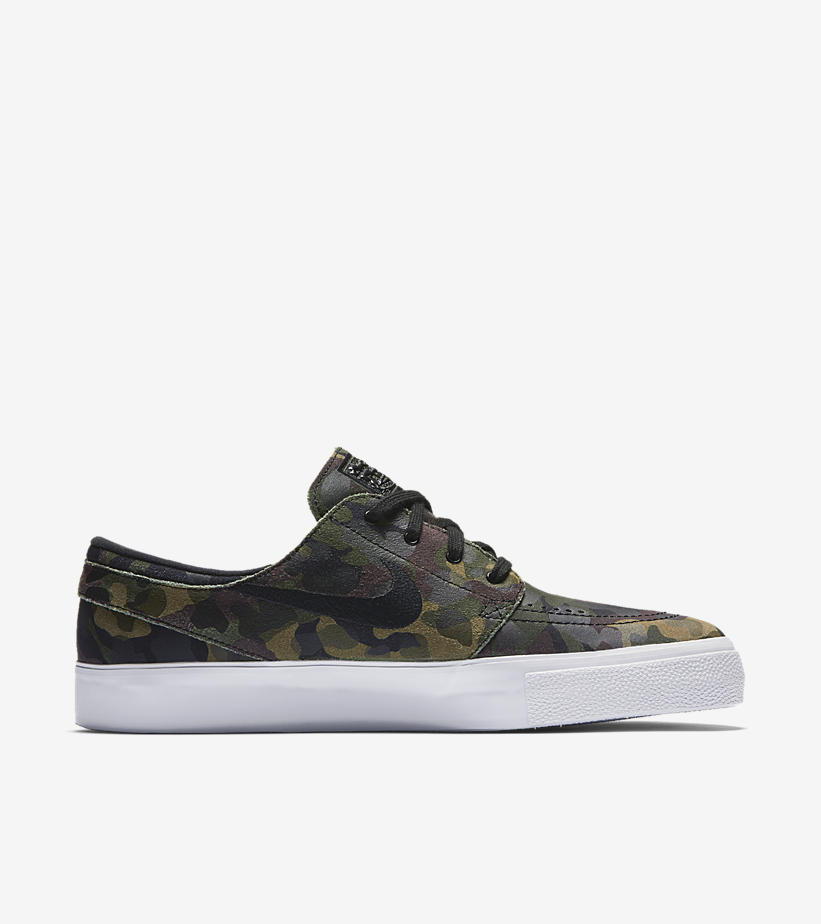 They are available on eBay now under retail , see our featured sellers listings below