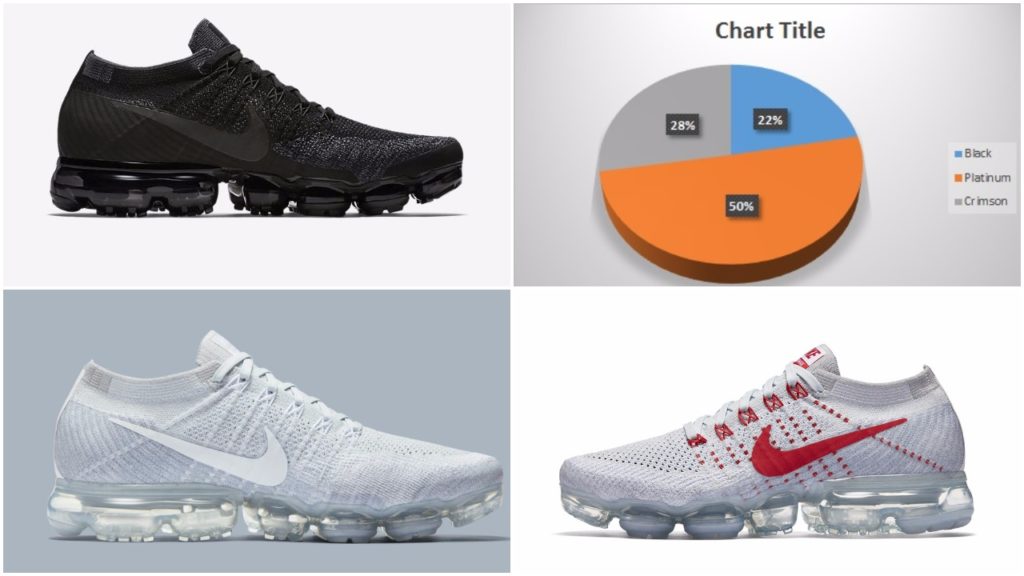 A majority of sneakerheads could be easily compared to cult followers; once they get sold to a certain idea, it’s hard to shift their thought process. Nike took a bit too long to counter Adidas & the boost technology that has fully infiltrated the sneaker community. Those styrofoam-like visible beads give Adidas sneakers a pretty sleek aesthetic that can hardly be matched or duplicated by other brands. Nike has sat for so long on the idea of the “air” cushioning and I don’t think they thought for a moment that Adidas could ever disrupt the casual/lifestyle market. But I still think New balance latest NB247 with the revlite cushioning is a better option than the regular mesh NMD R1 ( that’s my opinion). Nike is not one to back down for any challenge and whether it’s true or not, I seriously think the Nike Air VaporMax which took them five years to make might be one of their sharpest weapons against Adidas.

Some of the initial responses I’ve gathered on social media as it pertains to the Nike Air VaporMax were like this :

they are too sporty, they look like athlete shoes, the vapormax are hideous…

i love that outsole, they are very comfy,….

If were to write down every single comment I wouldn’t be done with this post by the end of the day. So there are mixed reviews/feedback and that is to be expected. Personally, I think the shoes look to sporty and I seriously doubt they will cause any shift trend as more colorways are produced. But I’ll leave this topic for another day; I was really interested in checking the VaporMax sales performance ( that’s the only data I could gather). A total of three colorways were released over the week end ( black, platinum and crimson). Here are the results: 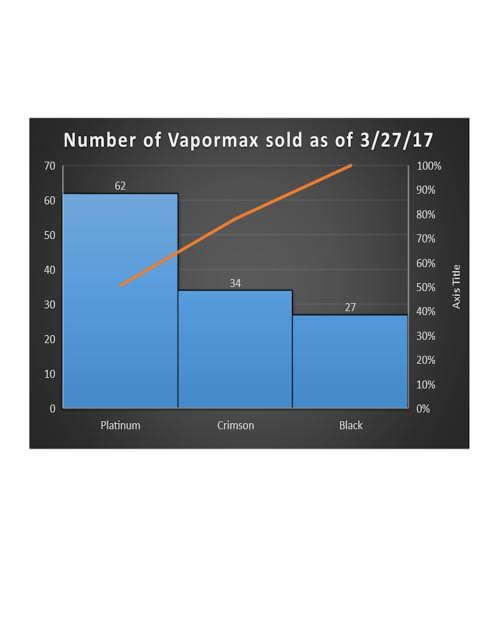 I guess the black sold the least because they might have been produced in smaller quantities, hence the higher resale price and the lower number of sales. According to the data, only 25% of the shoes listed have been sold which is relatively mediocre. Now one could argue that the shoes sold out on all the major online retailers which is true, but resale is what drives this market. If only 25% of the shoes listed sold, it obviously means that 75% are still sitting on the platform, which means that people aren’t quite interested in the shoes. This is the inaugural release so  the first colorways selling out immediately was not a surprise( Nike has done a massive campaign for the VaporMax). I’ll evaluate the shoes as more colorways drop; I think one big mistake Nike is making is the price point-$190 which is more than the Ultra Boost; if given an option between the two , I can assure you that most will choose the Adidas UB over the vaporMax- I’ve yet to prove it so stay tuned for further updates on this topic.

Here are some of the VaporMax listed on eBay