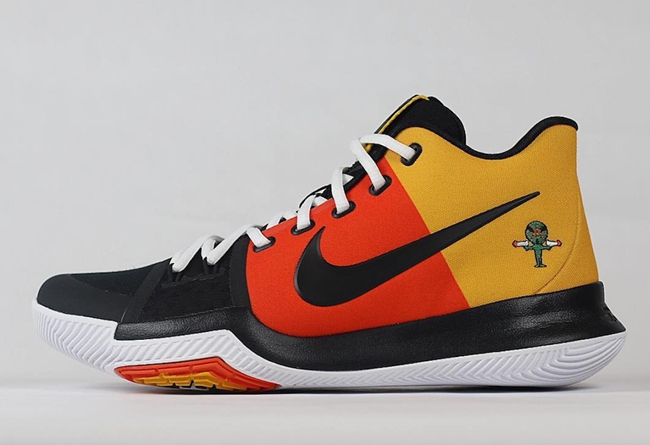 Kyrie Irving aka “uncle drew” is definitely in his element with the Boston Celtics . Their season started with a devastating injury to forward Gordon Hayward. Everyone thought the Celtics were doomed but I don’t think people understand the resiliency of that team. Kyrie wanted a team of his own and he is proving with every game that he is a leader; the Celtics have now won 6 games in a row under the leadership of kyrie and the genius of Brad Stevens . That’s not the only thing we are being treated to. Kyrie has been using the NBA platform to showcase the myriad of PE’s Nike has laid out for him . The latest is the Nike kyrie 3 Raygun PE obviously taking roots from the 2005 Nike Dunk Low Pro SB Raygun. Nike ought to look into creating more basketball shoes out of some of their iconic Sb models. The interesting thing is that the SB Low Raygun was actually inspired by the home jersey colors of the Roswell Rayguns, a fictitious ABA team created for Nike’s Classic spot featuring Vince Carter as Dr. Funkenstein.

I believe Kyrie style of play is synonymous with the flashy ABA style of basketball, a pure depiction of basketball poetry. I think Nike has the perfect backstory to create some great basketball shoes that connect the past to the present. The brand should more into this, Kyrie is probably in the best place in his career and the amount of inspiring stories that can ooze out of him at this point are limitless. Nike has to tap into it and treat us to some gems, I’m looking forward to it. In the meantime , check out the pictures below. 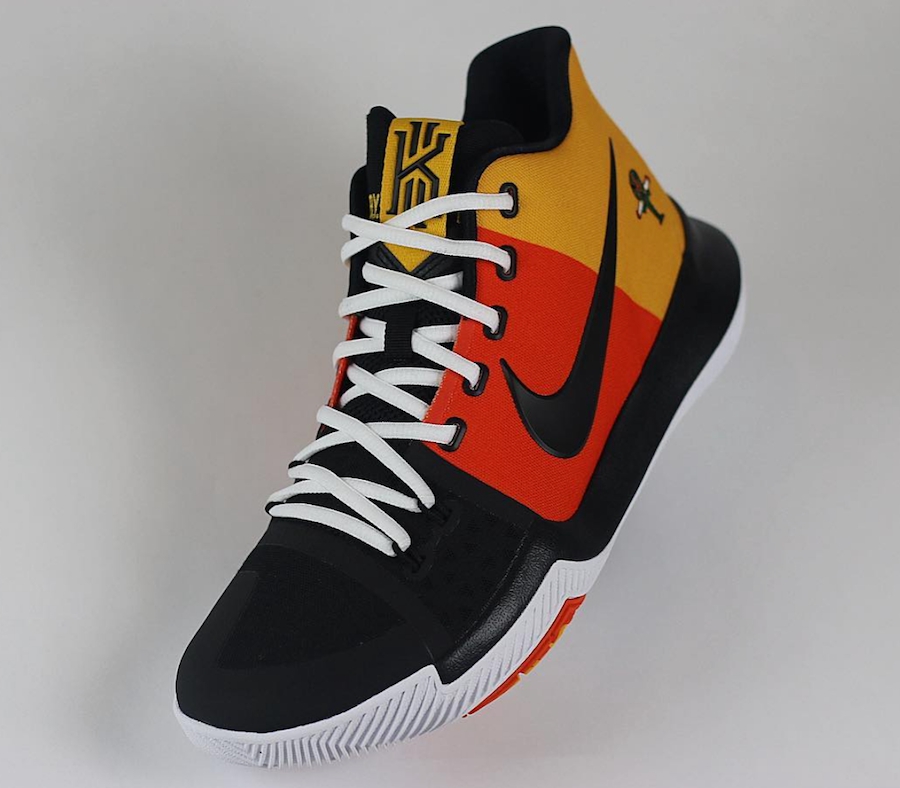 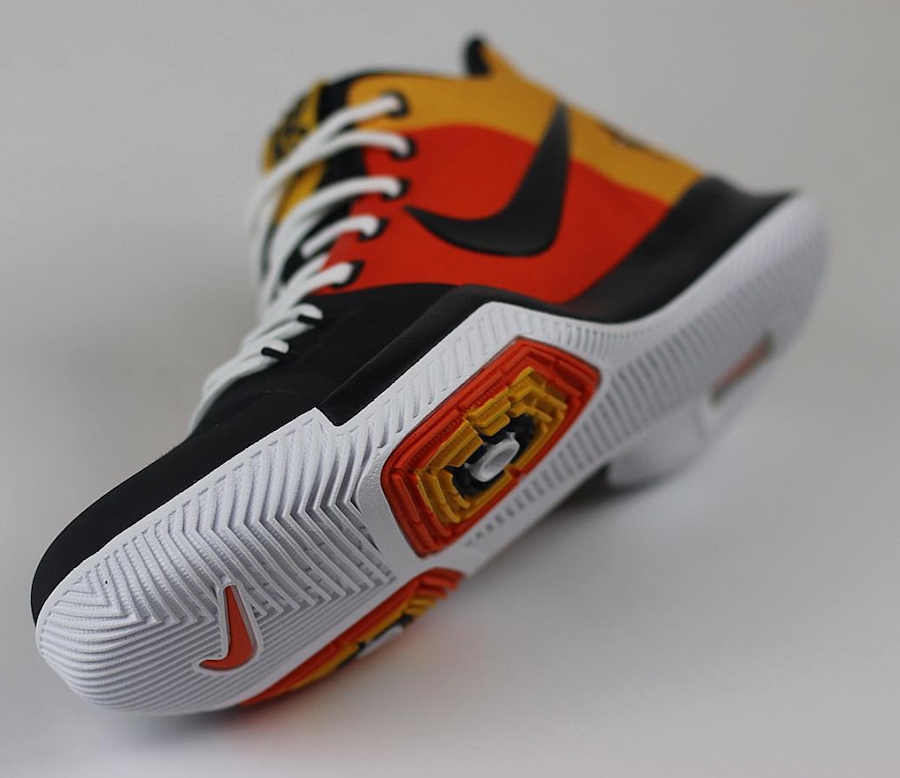