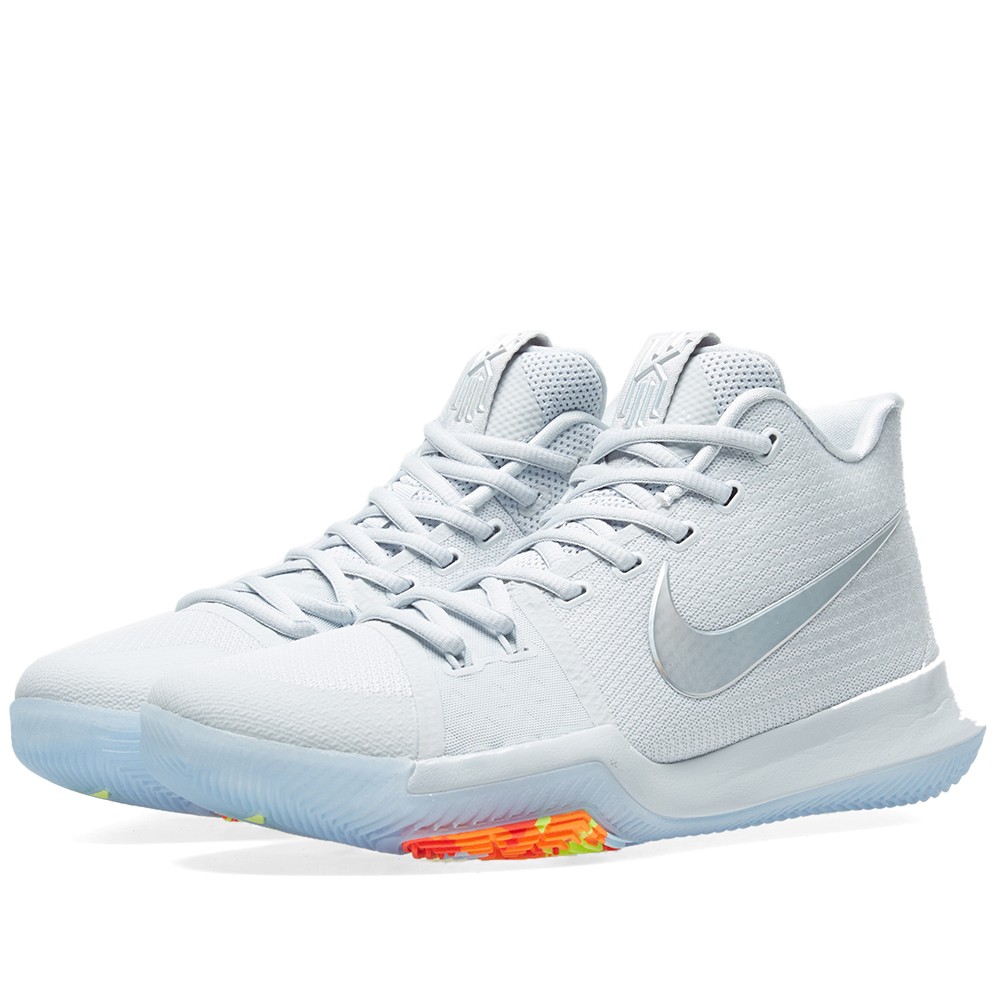 The Nike Kyrie 3 III Time to Shine 852414 001 made its debut today. Unlike the other models, this new colorway will not have the spiky pattern on the quarter panels. The shoes will come in an off white upper with iridescent details on the panel swoosh. Kyrie’s logo will hit the outside of the tongue , the sockliner and the outsole; the shoes will be completed by an icy translucent outsole with herringbone threads.

The shoes feature a combination of hyperfuse, flyweave and mesh ( each intended for durability, natural motion and ventilation purposes). Kyrie has sustained a fair amount of injuries ( to the point where many thought he was too brittle); guys like him are injury prone because their game is based on speed, change of directions, slashing and attacking the rim. The shoes were engineered to provide stability, ankle support and to also facilitate natural motion. They have an incredible court feel due to the very responsive thin phylon midsole ( with built in air units at the heel)

BUY IT NOW VIA END-click here