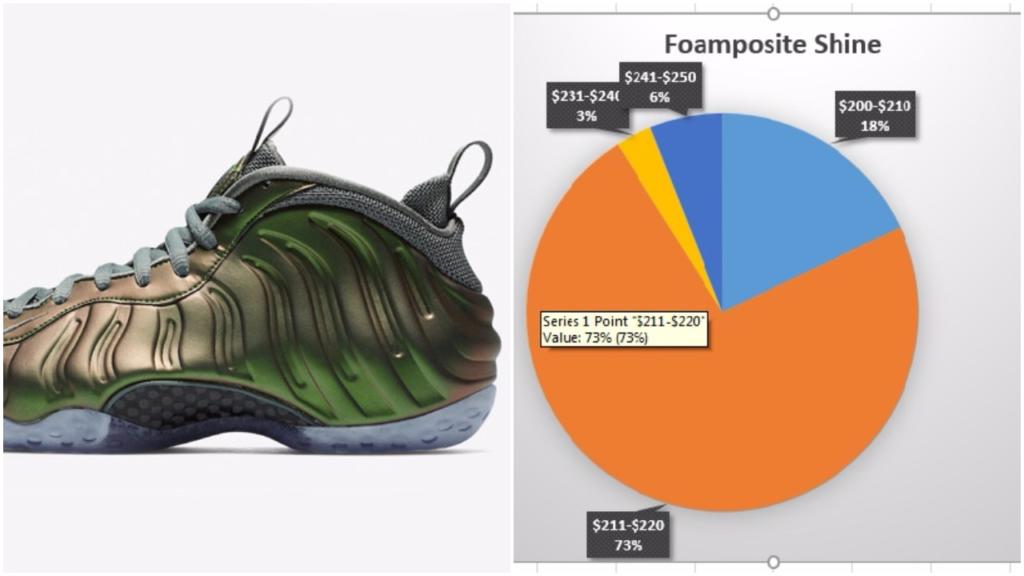 , the cactus, the coppers

, the pewters, the electro lime and much more. As a reseller at the time, deep into flipping kicks, I was rolling through foams and would sell them for as high as $400. And at the time, they were still retailing  between $180 and $190 if I’m not mistaken, so the margins were great. Once again Nike saw an opportunity in the foams and unleash of cluster of frivolous colorways; not only that but they also increased the price ( which is now $230) and it eventually killed the market value of the shoes. And certain colorways have made a reappearance with very subtle variations within a short interval, I’m referring to the eggplants (2008,2009,2012,2017) and the royals. And what eventually happened when Nike decided to bring back some of the more sought after colorways is that the interest in the shoes had already died. I’m referring to the copper foamposite, by the time they came back in 2017, no one really cared about foamposites anymore.

And anyone who actually pays the $230 price tag on foams right now isn’t exercising sound judgement. You can challenge me on this but I have proofs to show you that any foams that have dropped in the past three years have sat on shelves and eventually went on sale. For example the Air foamposite one shine is supposed to officially release on the 14th of December of 2018, yet the shoes are already available on eBay and guess what? they are for sale for under retail. Now some might say they are fake but several sellers carrying them are known to only sell authentic sneakers so I’ll give them the benefit of the doubt.

I have also included a chart showing you the current market value of the Foamposite shine. see picture below The Air Foamposite one shine officially drops in about a week from today and as shown in the pie chart, 73% (25 pairs) of the shoes are now available on eBay between $211 and $220 which is basically about $17 below retail. 18% ( 6 pairs) are available between $200 and $210 ( $27 below retail) and only 3 pairs are either retail or slightly above retail. So how in the world are retailers going to compete against prices like this.

Since I wrote the post this morning, there were a few reactions from some of my notable readers I wanted to share with you, see quotes below

Hip hop music, rappers basketball have lots of union. When hip hop artist Wale was rapping about foams, the price went up because him and MMG/Rick ross crew were buzzing, after that it sorta died down, back in 2000s Nelly did the same with white Air force ones, the prices went up to 150+ . Now artist are talking about yeezy this, yeezy that so adidas is winning, you dont even see jordans in hip hop convos anymore, nike jumps the gun and lost out.

There is nothing else for me to add to this but a bunch live listings on eBay that I found to back up the chart, see it below