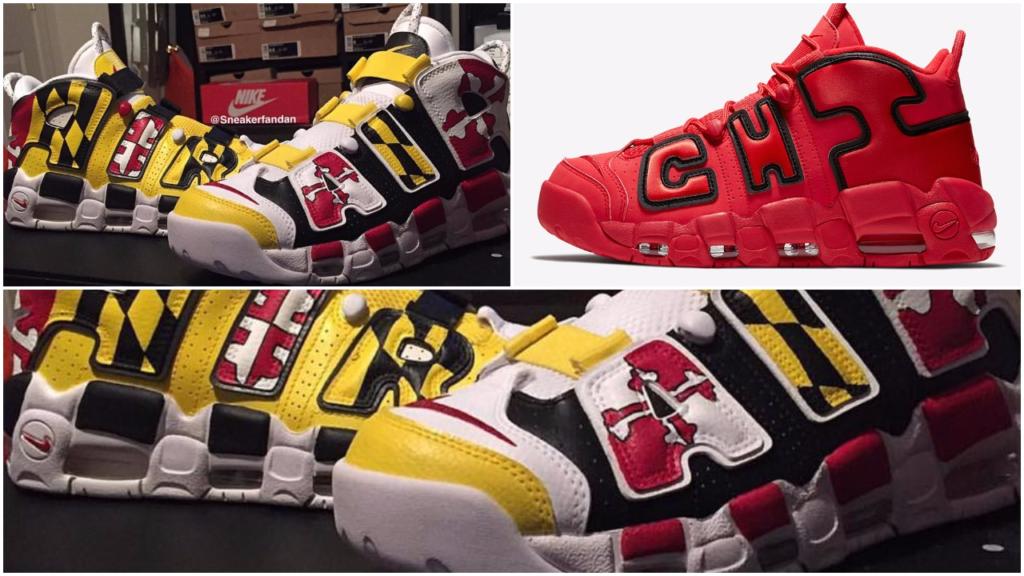 I’ve had my share of complaints about Nike’s overkills as of late, especially when it came down to Scottie Pippen’s Classic Uptempos. You can read about it in the post below.

I just came across the Chi Town Uptempo  and wasn’t disappointed with the shoes; I think they reflect the state of mind of Chicago, a bloody city that has been marred with so many murders to the point where it’s been nicknamed Chiraq. I then thought about the possibility of Nike adding more city inspired uptempos to their release calendar, and these Maryland inspired Custom Uptempos executed by sneakerfandan ought to be definitely considered by the brand.

This could be a great way for Nike to create stronger ties with  communities nationwide; stimulating people’s mind into positive actions by releasing powerful subtle messages through their sneakers and capture the real heart of the cities they are representing . I was very fond of the Drew League Nike Hyperdunk Nike released this Summer, Check it out in the post below.

A Maryland inspired shoe could be a great way for Nike to gain some grounds in this part of the east cost known for being Under Armour’s headquarters l. Every UA shoe that has dropped in the Maryland flag has been an instant hit so I can see how Nike could possibly disrupt UA with a shoe like this. These are just some thoughts, check out the pictures and video below courtesy of Nike and Sneakfandan