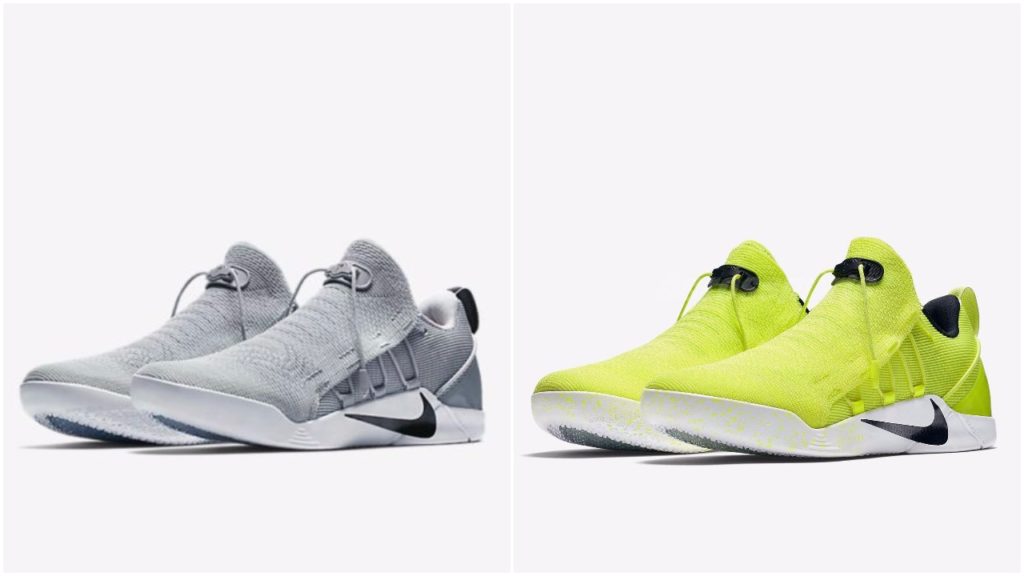 This past Saturday, As I was picking up the Royal 1, I spotted the Nike Kobe AD NXT Volt & Grey on the HOH exclusive room and wanted to get a closer look at them. I’m still neither fascinated by the story behind the shoes nor impressed with the aesthetic. The one thing I appreciate about this new model is the adjustable lacing system. Earlier this year, I was looking forward to the Kobe AD but was disappointed with them due to their narrowness. The integrated flywire cables actually made them very tight on the sides, and they were literally squeezing my foot. But the good news with the NXT is that they are bit wider and feature a flyknit garment with toggle-pull locks. I noticed that in comparison to the KOBE AD with the thicker midsole, the NXT has a thinner Lunarlon midsole. But in addition to the lunarlon midsole, they are also equipped with a drop-in insole with a zoom air bag incorporated in the heel for extra cushioning.

Here is Nike‘s own take on the NXT,

Most evident in that charge is the KOBE A.D. NXT’s new lacing structure. Unconventional in aesthetic, the arrangement functions to promote optimum containment during play by naturally adjusting to the athlete and providing a secure fit for each foot.

Here is a video of the Nike Kobe AD NXT Volt & Grey I recorded while in footlocker ( it was a bit loud in there).

You can buy the

You can buy both colorways on eBay , from our featured sellers, see listings below